This content requires the base game Voltage on Steam in order to play.

This content requires the base game Voltage on Steam in order to play.

Episode 2 has been released!

You can access it by first downloading the free content from Steam. Then start Voltage main game and launch Episode 2 directly from the game menu! 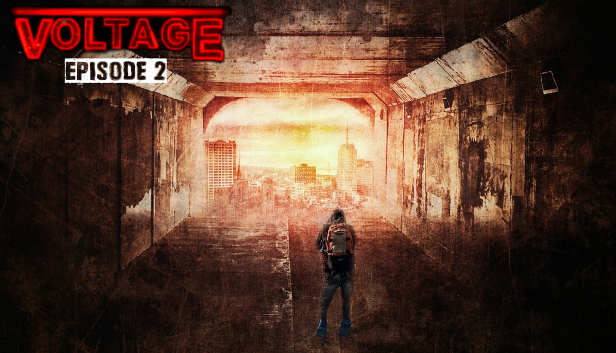 Voltage: Episode 2 Save the Queen is the second in a trilogy of new adventure.

You start from there where Episode 1 ended. In Episode 2, you try to bring freedom to Voltage and fight against evil forces as you traverse the Voltage Town, Red Forest and many other areas. You have become aware a Queen of Voltage, a mysterious ruler of the virtual world. Your mission is to Save the Queen and find resistance scientists, together you might be able to bring peace to the Voltage.

These Episodes will be added during the Episode 2 Early Access:

VoltageDinoLand: Dinos have escaped from their cages! This level gives you about a 30-100 min gameplay, depends how much are you going to explore the DinoLand and complete your mission.

City of Voltage: Something calls us in the middle of the city.. In this level you explore suburbs and the main city. It gives you a 30-100 min gameplay.

Town of Voltage
To be continued... More levels will be added during Early Access...

On below you can find a list of Features which have been scripted but wont be available yet on the latest version. Reason for why these features are not available is that you don't need these functions in first level or testing is still incomplete.

How to play Episode?

To play this DLC, first download it from Steam. Start the Voltage main game and launch Episode 2 from the game menu.

Free for limited time for those who have bought the main game!

Why Early Access?
“Reason for Early Access is to collect feedback about the levels and gameplay overall, and to make sure that Voltage is game what players enjoy to play (is A.I clever enough, how about map design).

Creating a complete game will take time and we feel that we need feedback about the gameplay. We wan't also explore new ideas with our community and take the time we need to get every detail/map design right.

Early access also allows us to build and increase a community.”

Approximately how long will this game be in Early Access?
“We would evaluate that the approximate estimate in Steam is 3-6 months. The time may be even longer: for example if we receive huge amount of ideas about map design from our community and we start implementing ideas. It is possible to make a quite huge game with this engine, but we need more ideas from the community because it is possible that our imagination is limited.”

How is the full version planned to differ from the Early Access version?
“The game engine evolves with speed, so full release will have many more levels and even more advanced A.I. than now. Buying this game now on this Early Access price you will get access our updates (new maps, game technical development...).

Final version will have at least 3 Episodes. Maybe even more, but at this point we can promise that the number of Episodes will be 3. Each episode have 2-5 sublevels.

If you buy Voltage main game, you will be granted free access to Episode 2 during the Early Access development process. You receive new maps for free when we update them to the game and you don't need to pay anything extra.”

What is the current state of the Early Access version?
Episode 2 has not been released yet. More info will be announced during the development.

"Currently Voltage: Episode 2 will be free for those who own the main game.

DLC can be changed from Free to Paid during Early Access when we ship more content to the game (new maps, gameplay development etc).”

How are you planning on involving the Community in your development process?
“All users can communicate with their ideas, feedback and questions about the game in the Steam forum of the game.

For example how to bring community ideas to the game:
community can help creating new maps by drawing a new map sketches as a .png files and then we here create new maps based to those sketches]
give tips what kind of buildings and enemies do they wan't to be placed in the maps]
community will also have the opportunity to influence the course of the storyline][/list]

It is important to note that when you buy this game, participation is not compulsory in any way. If you wan't you can just play the game and enjoy the new updates. Or you can wrote feedback and share your ideas. It's up to you!" 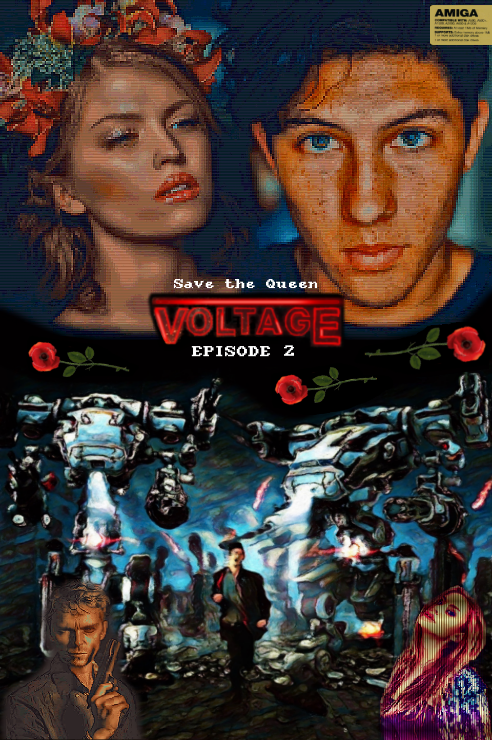