Returning to our monthly series of Top Releases on Steam, April brought a whole new batch of products and developers from around the world. As always, this month's charts look at the Top 20 products released in April (measured by revenue generated during the first two weeks after launch) and the Top 5 free to play products released in April (measured by unique accounts that played the game).

Developer Spotlights - Early Access
As we build these charts every month, it's easy to notice the consistent representation from titles utilizing Early Access. April was no exception, with 10 tiles either entering or exiting Early Access.

So, for this month's post, we thought it would be exciting to celebrate a few products coming out of Early Access, while hearing a bit about the journey from their developers. We asked 1939 Games (Kards - The WWII Card Game) & Unfrozen (Iratus: Lord of the Dead) about their experiences and takeaways from Early Access, what their players enjoyed most, and what they'd recommend to other teams who may be considering this model of development.

1939 Games
After forming in Reykjavik, Iceland five years ago, 1939 Games began working exclusively on their World War II themed card game - KARDS. Looking back on the game's run through Steam Early Access last year, Ingó Aevarsson from 1939 reflected on the experience, "Early Access was an invaluable part of our journey, especially due to the PvP focus of the game. We treated Early Access like our dress rehearsal. You don't get the same exposure as a fully released game, but there are just enough players to gather a lot of valuable data and feedback."

Ingó also emphasized how the team was careful not to rush into Early Access, sharing some advice for developers thinking of jumping in right away, "It was critically important to enter Early Access with a polished product, to create a positive atmosphere from the start. You should not regard it as a public QA for buggy, alpha code."

As 1939 moved through Early Access, Ingó says data gathering became central to the game's evolution and resulting success. As he put it, "The Early Access community is very passionate and willing to help you out, so you can use that to the game's advantage. The feedback loop with the community helped us shape many strategic development decisions."

Anyone following KARDS updates over the past year has seen how seriously 1939 treated this feedback loop. Nearly every week, the team released game updates, devlogs and bug fixes, all of which, Ingó says, were shaped by player behaviors, PvP stats and direct feedback from the Early Access community.

In addition, one of the big highlights for 1939's Early Access experience was the KARDS World Championship they hosted last December. Beyond the excitement of getting to watch players compete in the game they created, the team said they benefited from learning about all the ins and outs of hosting a tournament within the confines of Early Access, "It enabled us to create support structures and standard procedures ahead of the official launch," said Ingó.

April's release was good enough to put the game on this month's list of Top Releases, but it was also a validation of the relationship 1939 built with the entire KARDS community - something that the team knows they can count on, well beyond Early Access. Ingó sums it up by saying, "KARDS Early Access paid off in big ways, and the community is now a strong advocate for the game and a constant source of support and engagement."

Unfrozen
Another studio that took the path from Early Access to April's Top Release list is Unfrozen. From their HQ in Saint-Petersburg, Russia, the team at Unfrozen launched Iratus: Lord of the Dead into Steam Early Access in July of 2019. Once the team had a compelling playable version of its tactical, turn-based RPG, Unfrozen saw Steam Early Access as the right opportunity to start building a dedicated community, as they fine tuned several aspects of the game.

Denis Fedorov from the Unfrozen team explained, "It was super important that players could directly affect our decisions. We had pros and cons concerning some existing mechanics and systems, and it was feedback from the community that helped us make final decisions."

Denis also pointed out how important it is for developers to be transparent and set the right expectations with their players. From the moment the Iratus store page went live, players could find comprehensive Early Access information, outlining a development timeline, Unfrozen's motivations for using Early Access, and specifics detailing available features in the game.

He said this relationship grew even further as the game progressed through Early Access.

In describing how players fit in, Denis says, "Our players were able to be part of the Unfrozen Team!"

If that sounds like an exaggeration, look no further than Unfrozen's Discord channel, their update history, or the game's Steam Discussions over the past year. There are numerous examples of players and Unfrozen devs going back and forth discussing mechanics and identifying bugs to address.

"The most active and devoted part of our community appreciated that we trusted them so much," said Denis.

A simple look at the game's review graph over the course of Early Access illustrates growth on that trust, as the game steadily climbed from a 71% review score when it first launched to the 86% positive rating that it has today.


A big thank you to both 1939 Games and the team at Unfrozen for sharing their experiences with Early Access. 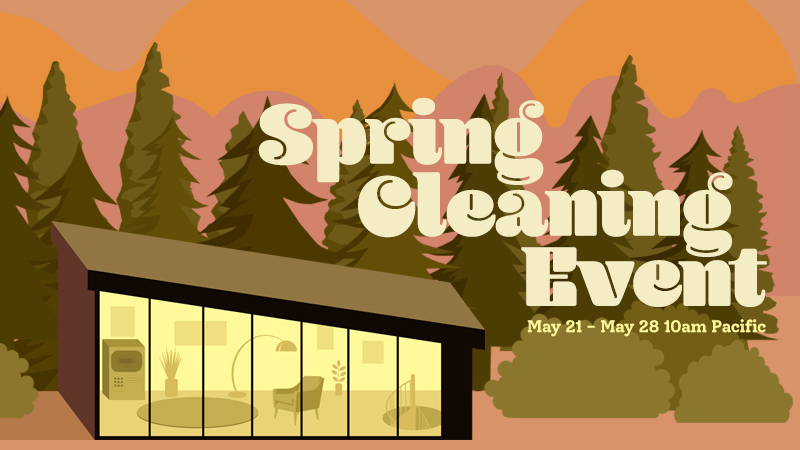 Has the time ever felt more right to take stock and enjoy what’s sitting right on your shelf?

The Spring Cleaning Event is designed to help! DEWEY Decimal, the Smart Home Librarian, is here to suggest fun new ways to dust off and dig into your Steam Library collection of games.

For players who’ve yet to build a Library of their own, DEWEY even recommends free titles to help you make the most of Steam, now through May 28th at 10am PDT.

So get to work, Spring Cleaners – Let’s dust off those unplayed games!

Based on positive feedback from customers, Play Next has proved successful enough to graduate from the Lab. With today's Steam Client update, that functionality is now integrated into the Steam Library.

Users who have unplayed (or very low playtime) games in their library, will now have a Play Next shelf available in the library view.

Free Weekend - Fallout 76
Fallout 76 - Valve
Play Fallout 76 for FREE starting now through Monday at 10AM Pacific Time. You can also pickup Fallout 76 at 25% off the regular price!*

If you already have Steam installed, click here to install or play Fallout 76. If you don't have Steam, you can download it here.

*Offer ends Thursday, May 21st at 10AM Pacific Time

Get ready to explore 50 indie games, as the event is planned from 13th to 15th of May. Live-streams will be held in Polish, English and Russian! You can witness the greatness of #indiegames curated by Digital Dragons.
https://store.steampowered.com/sale/digitaldragons 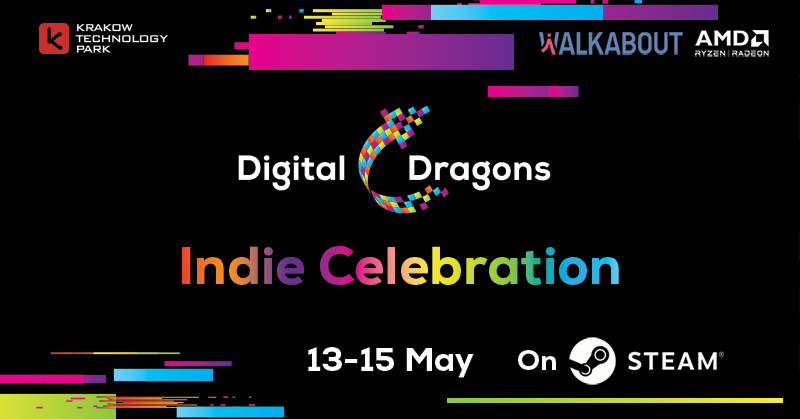 The event is organised by @Digital Dragons, @Walkabout Games, and @AMD.
Share:

Bellatia is a hack 'n' slash action role-playing game about warriors fighting over the ultimate godly weapon called the 'Bellatia' in the land of Aslan.