We have another important mission for you. We’ve seen all the love and support you’ve given to the story, world and characters in Terminator: Resistance. Your kind words have really been appreciated by everyone at Reef and Teyon. We would love it if you would take the time to vote for Terminator: Resistance in the Steam Awards for the “Outstanding Story-Rich Game" category. 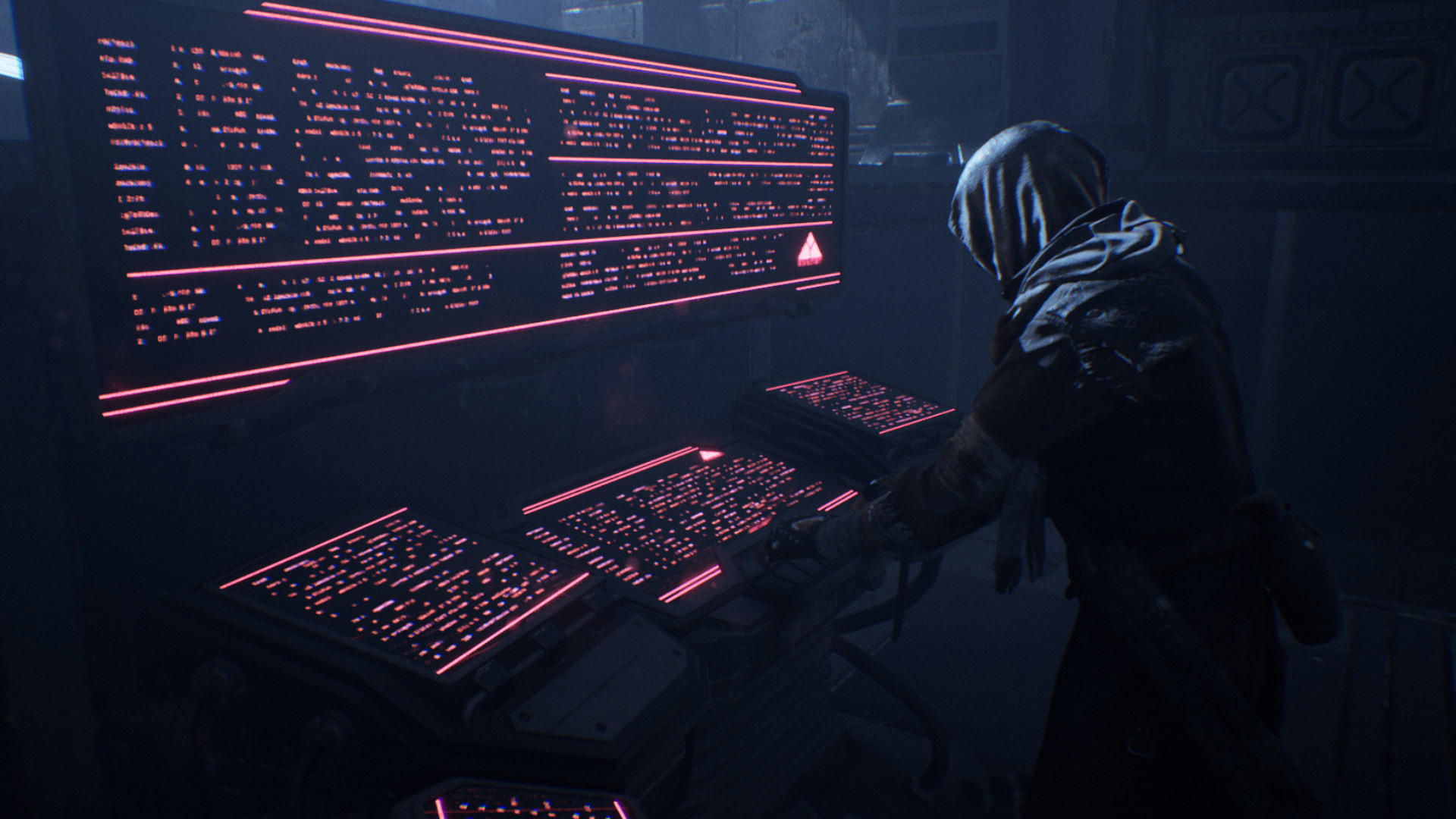 Terminator: Resistance producer at Teyon, Piotr Latocha gave us some behind the scenes information about how the game’s story was created. ‘We knew from previous experience that this game should feature an original story & cast of characters to be satisfying to Terminator fans across the world. We focused on the Future War storyline that is tantalizingly hinted at during ‘The Terminator’ and ‘T2’ as it allowed us to make a meaningful contribution to the lore these two movies created in a scenario we thought that fans would be eager to discover more about. 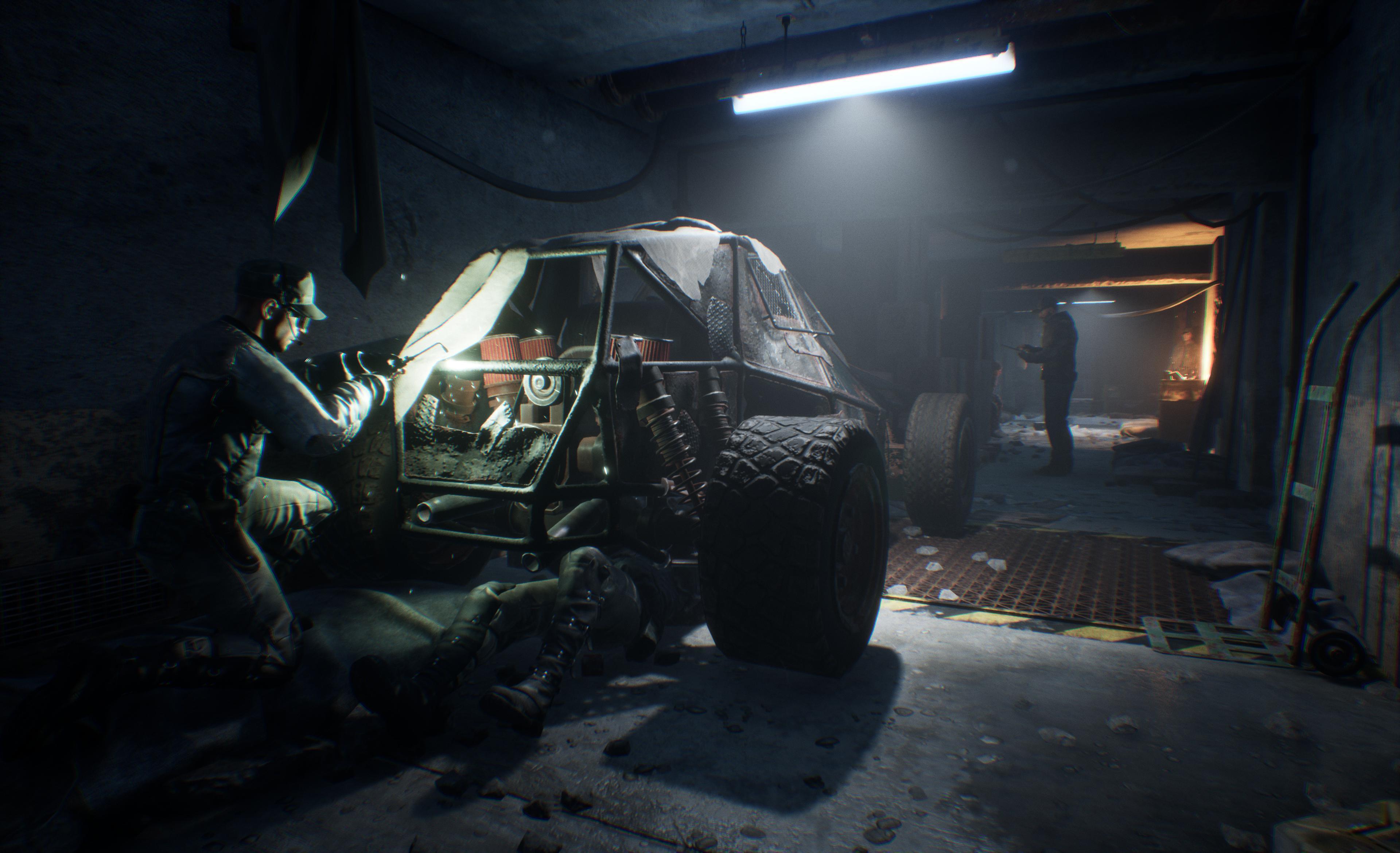 We focused on building on what is uncovered about the Future War in ‘The Terminator’ and ‘T2’. For example, our game deals with the appearance of the first Infiltrator Unit and its effect on the war against the machines – as Kyle Reese said in The Terminator ‘these are new’. We tried our best to build on, or to compliment such Future War threads set-up in these legendary movies.

We also believe there is much more to these two legendary movies than just thrilling action so we wanted to have bonds of friendship, family and romance in our game as well. We endeavored to create a cast of characters with intriguing backstories that the player will have a chance to learn if they’re willing to. 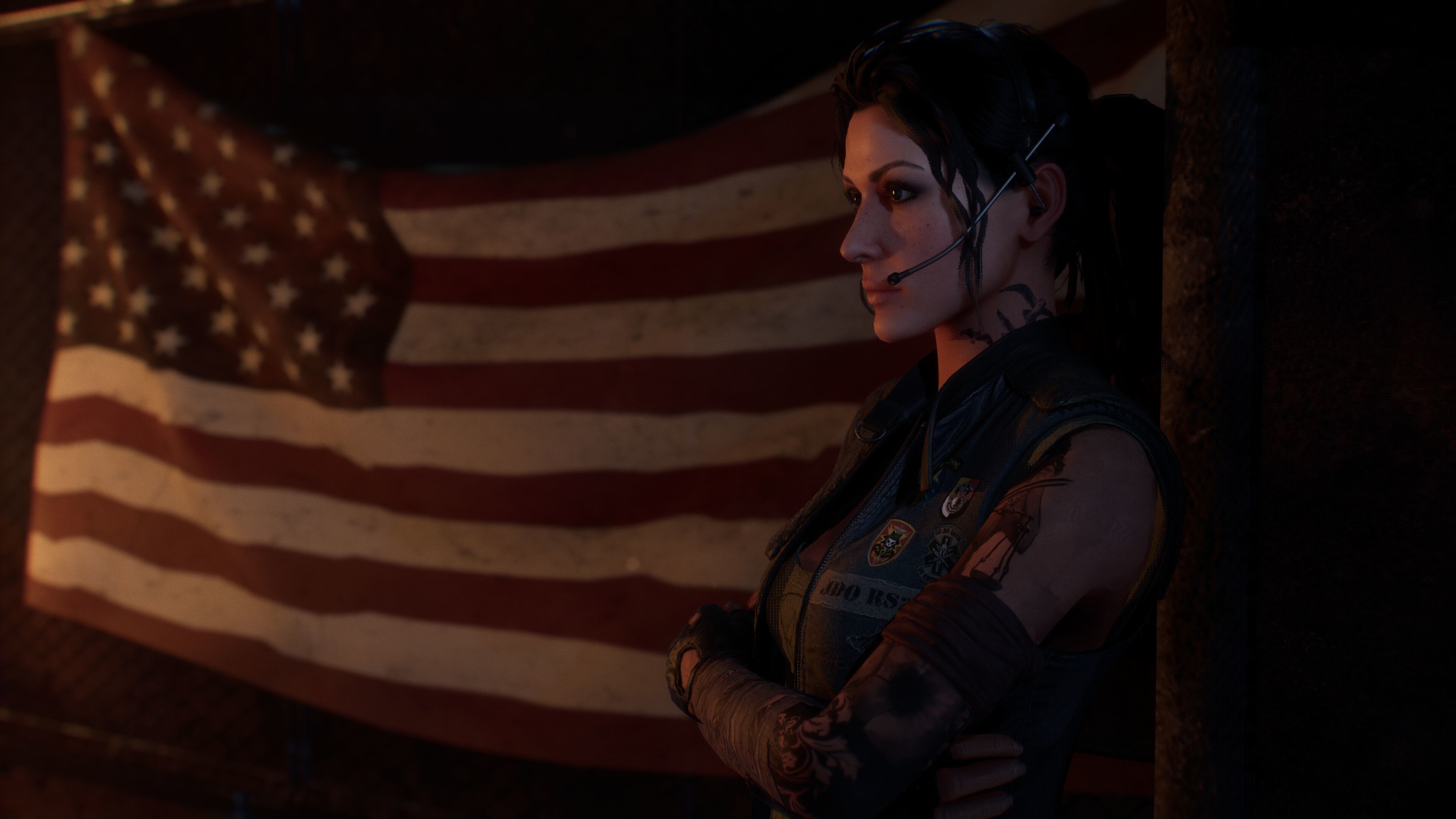 We were thrilled that Terminator fans seemed to enjoy both the game’s Future War story and cast of new Terminator characters so much, of all the things we worked on for the game this is probably the most satisfying aspect.’

Make sure to vote Terminator: Resistance for the “Outstanding Story-Rich Game" in the next couple of weeks!

Now let’s show them what the Resistance is made of! 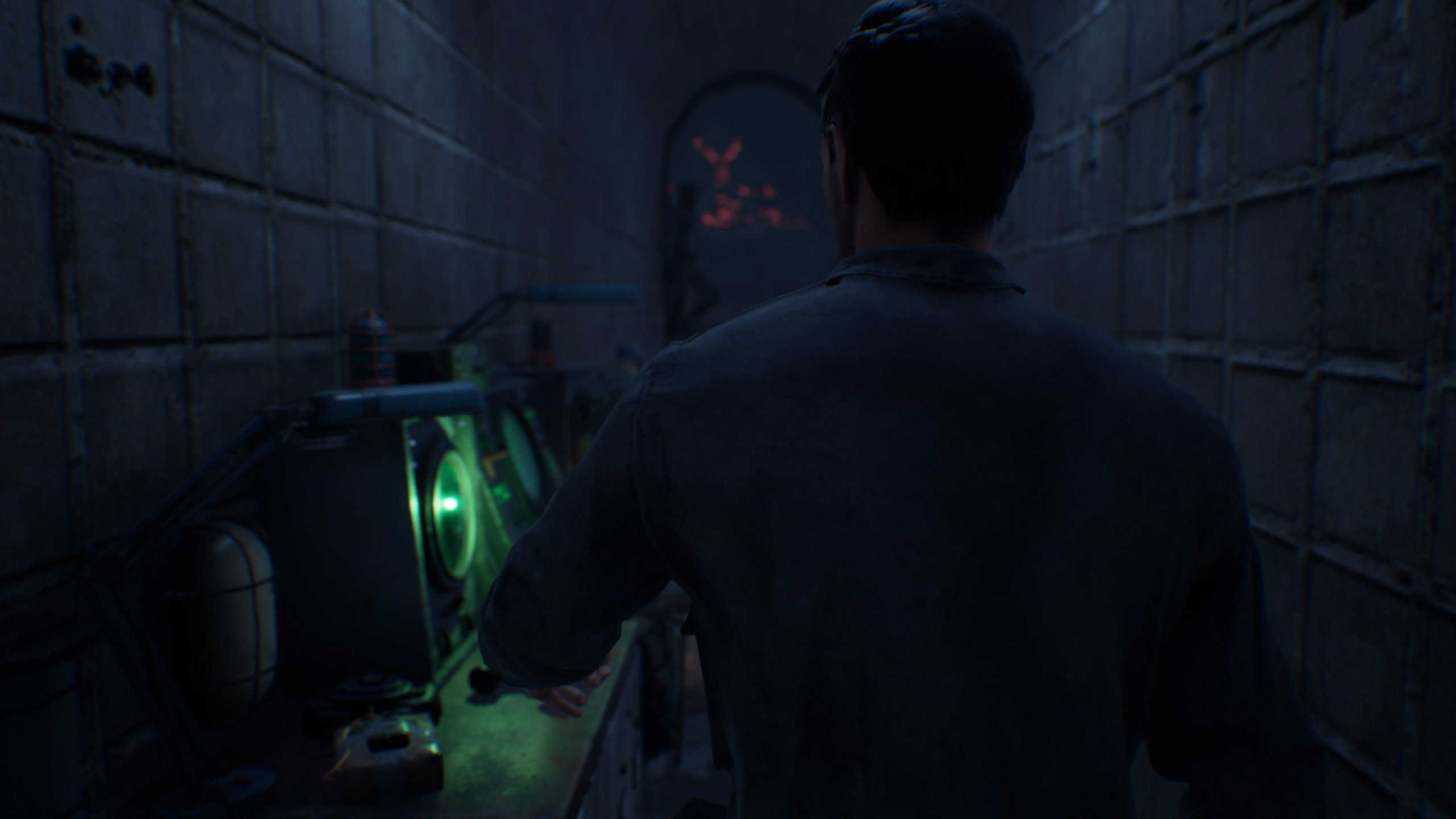 Patch 1.028
The developers at Teyon have been working on a patch for the game, based on the feedback you all provided in the discussions. Please continue to share any issues you encounter while playing, so we can continue to improve the game!

Collect all six trading cards by playing the game and visiting the community market. Craft the badges and get yourself some cool community items!

I played Terminator: Resistance as a slut.

This was not something I expected to be able to do in a Terminator game, and yet here we are in post-apocalyptic Los Angeles, struggling to survive the war against the machines, with a right thirst on.

There are dialogue choices to make in this first-person shooter from the people behind the terrible Rambo game of 2014. At one point I was presented with the opportunity to have sex with the woman who leads the resistance faction you're fighting for. She wanted me to kill someone for her. I wasn't so sure I fancied doing that, in part because I dreaded the prospect of playing yet another mind-numbing away mission. But, she said she would make it worth my while. Then, a dialogue choice presented itself: press heart to bang (I'm paraphrasing), or walk away? Press heart to bang!

The main goal with this project has been to create a story and world which Terminator fans will love, remaining faithful to the source material shown in the beloved movies.

Although the game has released, we will still be working hard to ensure that everyone gets to enjoy the game to it's fullest. If you are unsure about something before purchasing, or experiencing any technical issues, please let us know in the discussion section.

We are aware of some of issues which have already been posted, so rest assured that we're paying attention! We will work with the developers at Teyon to ensure that the game can be played by as many people as possible!

A very big thank you to everyone again for supporting and showing interest in Terminator: Resistance!

If you haven't already, check out our launch trailer below:

Here is a guide to help with changing the Field of View
https://steamcommunity.com/sharedfiles/filedetails/?id=1912590783
Paylaş:

To coincide with the launch of Terminator: Resistance on Steam, here's the shooter's launch trailer. It's now available here, but the trailer above lets us enjoy some delicately edited together footage of robots absolutely copping it.

Developed by Reef Entertainment, Terminator: Resistance is set 31 years after Judgement Day, in 2028 to be precise. The action plays out in Los Angeles, where the war against the machines is well underway, though all reports suggest that it's far from a run-and-gunner: careful planning and stealth seem to factor in heavily, perhaps in a way reminiscent of the recent Wolfenstein games.

If the footage above piques your interest, maybe you should check out this 10 minute gameplay video. It actually looks quite promising, and if there's one thing the 2019 desperately needs, it's a good single-player first-person shooter.

There's a new Terminator game coming out soon, and it's basically taking those glimpses of the future war seen in the first two movies and turning them into a setting for a first-person shooter that looks a bit like Far Cry. Only not made with quite the same budget, of course.

Terminator: Resistance the work of Teyon, who were responsible for a rail-shooter based on Rambo back in 2014, but based on these 10 minutes of footage their Terminator game looks a bit better than that. It's got optional stealth, lootable enemies, NPCs who remember decisions you make in a very Telltale way, and apparently some kind of crafting. Maybe it's just because I have fond memories of playing Terminator 2 in the arcade, but it looks fine to me.

Set 30 years after the robots take over, Terminator: Resistance is a singleplayer FPS that casts you as a member of the Resistance fighting back against Skynet in the rubble of Los Angeles.

Terminator: Resistance will be out on Steam on November 15 in Europe and Australia, and December 3 in the US.

You might think a Terminator FPS would be packed with explosions and shootouts, but a new gameplay video from Terminator: Resistance, which was revealed last month, suggests the Teyon-developed shooter will have whole sections where you don't touch your trigger.

The footage, from a PlayStation Access EGX livestream, features lots of sneaking, hacking via a Frogger-style minigame and picking locks to grab loot. Rather than blast terminators in the face, you're encouraged to take control of enemy turrets to do the hard work for you: whenever the player is spotted by the T-800s they're melted within sections, suggesting stealth is more a necessity than a choice. Ultra vision spots robots and turrets through walls—handy for plotting your route.

After slipping past turrets, the player enters a hospital that's trying to evoke horror game vibes, with T-800s prowling the corridors as you squirm through vents.

Terminator: Resistance is out on November 15, and you can watch the reveal trailer here. Teyon have previously made the entirely forgettable Rambo: The Video Game.

Quietly announced earlier this month, Terminator: Resistance is a first-person shooter based on the film series of the same name. Specifically, it's set 30 years after Judgement Day, during the Future War, which is a fairly devastating war constantly alluded to in the films (or at least, the ones that still matter: T2: Judgment Day and the original).

It's developed by Teyon, a studio that hasn't got the best track record (think Rambo The Video Game, which was a rail-shooter released in 2014). But let's not write off Terminator too prematurely: the tiny sliver of gameplay footage provided below looks like it could end up being a serviceable FPS.

According to the game's Steam page, you can play it as a guns-blazing FPS, or take it slow and stealthy. You'll gather scraps to "trade and craft" and there will be skill upgrades to deliberate over. Overall, it sounds like it belongs to a rare breed: a story-focused, singleplayer FPS.

The game releases on November 15. Check out the announcement trailer below: