Patch 1.2
This patch is now live, so please restart the title and check for updates!

The patch will go live immediately, so please restart the title and check for updates!

Layers of Fear 2 is a first-person psychological horror game with an emphasis on exploration and story. Players control a Hollywood actor who heeds the call of an enigmatic director to take on the lead role in a film shot aboard an ocean liner. Beware, for all may not truly be what it seems.

Click the image below for our all new launch trailer! 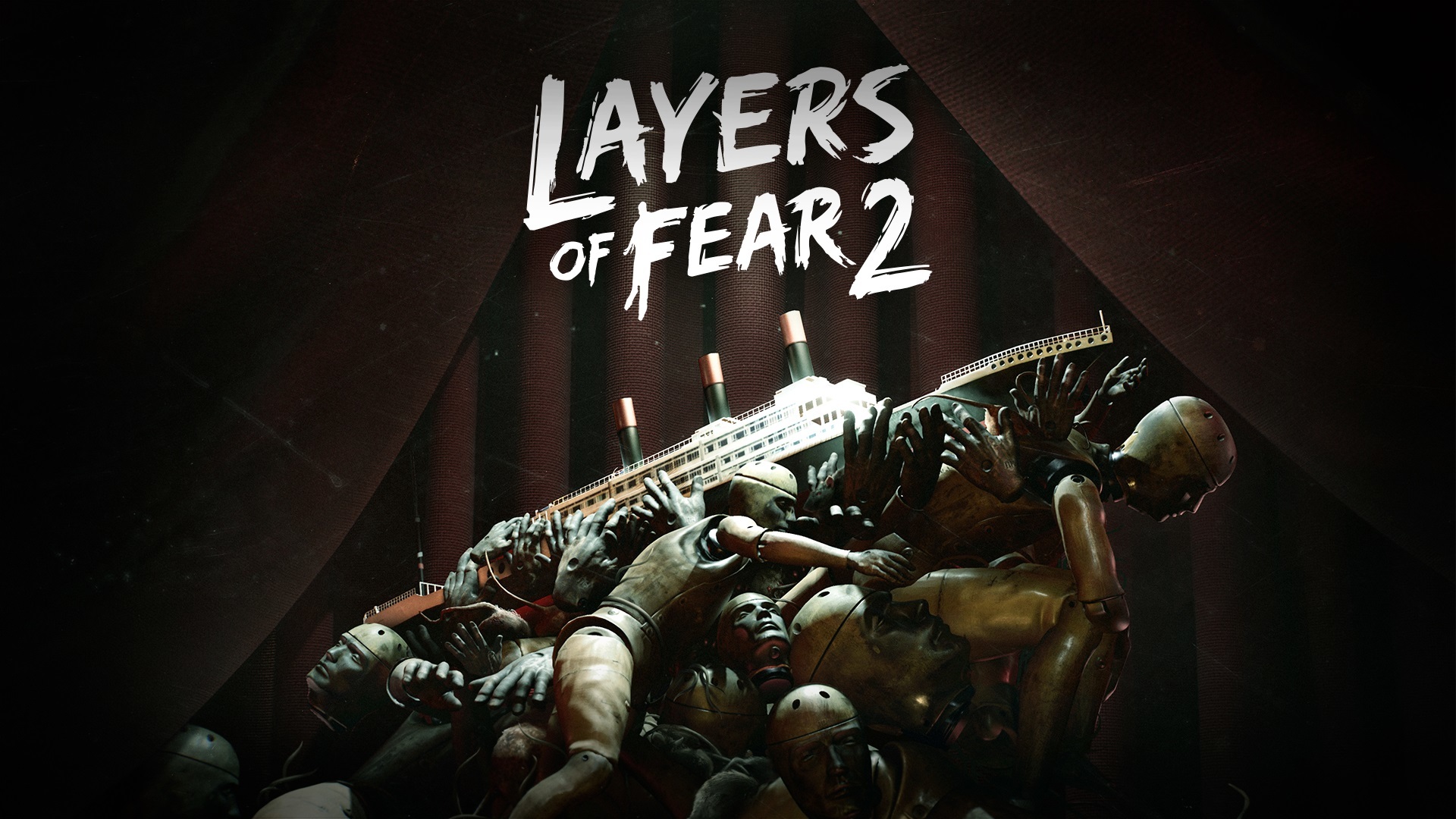 First person psychological horror adventure Layers Of Fear 2 is out now. Sequel to the well-liked (if a little formulaic) Layers Of Fear by the amusingly named Bloober Team, this one puts you in the shoes/mind of a tormented actor. In this inner world (all of which is a stage), you’re attempting to deliver the performance of a lifetime while harangued by personal demons, this time taking the form of animated mannequins. Perhaps not quite as subtle as it’s aiming to be, but not every scare needs to get deep under your skin. See the launch trailer below.

END_OF_DOCUMENT_TOKEN_TO_BE_REPLACED

A brigade of mindless mannequins blocking your path, ghouls crawling out of televisions, and a susurrus of whispers drifting down the dank corridors of a cargo vessel. Layers of Fear 2 is slathered in horror tropes we’ve seen before, and that’s okay. There’s something goofy and comforting in the inevitable repetitions of the genre, but the trick is to reconfigure and spread them out in a way that still manages to surprise us.

Layers of Fear 2 exhibits a wide knowledge of these tropes, and of cinema history, but it fails to coagulate them into its own identity.

Where its predecessor charted a painter’s descent into madness, here we’re teased with the possibility that we’ll go on an equivalent journey with a successful Hollywood actor. It starts off promisingly, as you arrive on a lavish early 20th century cruise liner to shoot a movie. Strange voiceovers ensue, a growly voice tells you about disappearing into acting roles, the mental strains of wearing different ‘masks’, and all the rest of it, and it readies you for a full-speed-ahead odyssey into insanity.

But it’s all a bit of a bluff. The game stretches across a protracted five acts, the middle three of which you spend mostly in flashback as a young version of yourself, running around drab environments that make your school boiler room look and feel like a high-viz '90s rave. You glide across steely walkways and decrepit wooden homesteads, stumbling upon mannequin-populated scenes, items that trigger voice-over dialogue between you and your troubled family, and the occasional chase from a monster that looks inexplicably… genitalian.

This monster has a habit of appearing from thin air to simultaneously jump-scare and insta-kill you; a cheap trick that lost its novelty, ooooh, I’d say about halfway through FEAR 14 years ago.

There’s ambition here for sure, with developer Bloober Team adding some new scary techniques on top of its focused ghost-train of a predecessor. Layers of Fear 2 has visually evocative moments, with the early game filled with optical illusions that make you see spectral figures in your peripheral vision, and environments that do subtle switcheroos behind your back to disorient you. These tricks chip away at your senses, blurring the line between your own increasingly paranoid mind and the character’s sanity.

But it struggles to keep up the momentum across its 9-10 hour play time. Subsequent acts get drowned in a sea of poor pacing and flat horror movie references that lack cohesion in an already confused plot.

The optical illusions get replaced by an endless supply of mannequins that either stand around in movie-like scenes or jolt out of nowhere to contort into unseemly shapes, and you’ll witness scenes ripped straight from horror classics like The Shining and Ring with zero context. It’s like the work of a hyperactive horror fan who can’t get their rampant thoughts into place.

Even the title cards for each act, stylishly drawing on horror styles ranging from '20s vaudeville to '70s Kubrick and '80s Argento, feel meaningless, tying in tenuously at best into the game’s scatty themes of acting and identity. It breaks the mould to occasionally treat us to striking scenes in Deco lobbies, creepy screening rooms and fantasy pirate lands from a child’s imagination, but its struggle for stylistic consistency dulls the horror.

The confusing chaos of the horror sequences is overshadowed by segments where nothing much happens at all. The first act does a good job of building tension and setting a tone, but the early good work gets derailed in subsequent acts, which take place in dull environs and introduce a litany of pace-tripping puzzles.

Some puzzles, like the slide projectors that manifest items and doors on eerie monochrome screens work well enough, while keeping with the tone and theme of the game. Others are so inane and frustrating that they hark back to the dark ages of '90s adventure game puzzle logic. The room with the shadow plant and taps, or the flare cannons dotted around a pirate ship, may just drive you over the edge with their lack of direction.

Like the original, Layers of Fear 2 is a game of loops. Completing each act sets you back in your cabin, piecing together a story about why your character is the tortured thespian they are. Act 3 takes this to tortuous extremes, as you crawl through a vent four (or is it five?) times to drop into different rooms in your warped, wooden childhood home. We get it, the loops represent the obsessiveness of a broken and brilliant mind, but where the original harnessed this into a concise narrative, here it’s not delivered with the same presentational focus.

Layers of Fear 2 is a bloated beast, its early chilling atmosphere replaced by an attempt at psychoanalytical storytelling it doesn’t quite know how to handle. You can feel it reaching for something higher at times, as evidenced by some of the visually striking screenshots, but in the end just as it pays lip service to great ideas in horror and cinema while failing to anchor its own.

There s something about mannequins that makes them such prime fodder for horror games. The dead-eyed stare sans pupils, the unnaturally rigid poses and angular elbows, and the perverse mimicry of human behaviour hurls them right into the trough of the uncanny valley. Like many horror staples, these are strategically placed to unnerve players and elicit a quick scare, with a plethora of games placing them in almost predictable locations: at the end of a corridor, in a dimly lit corner, even right behind the player. In the same vein, Layers Of Fear 2 uses such jump-scares abundantly, propping mannequins up in cordoned-off rooms and against dusty furniture. These bizarre figures seemingly trail the main character wherever he goes, a tortured actor seeking inspiration for a prestigious role in his latest film.

END_OF_DOCUMENT_TOKEN_TO_BE_REPLACED

The first Layers of Fear was about a painter gone mad, and Layers of Fear 2 is about a film director gone mad. The whole "artist gone mad" theme is pretty attractive (at least to me), and taking the role of an actor stranded on an ocean liner at the mercy of said nuts film director is very enticing indeed. That's the stuff of horror.

The seafaring sequel has a confirmed release date: May 28. Its confirmed for Steam, and as we've previously reported, it features narration from none other than Tony Todd, ie, the Candyman guy.

The Steam description is up and promises a "classical, ominous soundtrack". Like its predecessor, it appears to be a non-violent affair, or at least, you won't be bludgeoning baddies over the head with conveniently placed wooden boards or anything like that. James wasn't hugely enthusiastic about the first game, but this sequel has a promising premise.

Here's the most recent trailer, in case you missed it:

Bloober Team's silver-screen-themed follow-up to 2016's wonderful haunted house horror, Layers of Fear 2, is coming to PlayStation 4, Xbox One and Steam on May 28th.

While the original Layers of Fear charted the mental disintegration of a successful painter, locked away in the ever-changing corridors of his sprawling gothic mansion, its sequel takes aim at a different kind of art form. This time around, players take on the role of a fading Hollywood actor, summoned aboard a glorious Art Deco ocean liner by an enigmatic movie director who seems to know a little too much.

"Your past has helped to mold you into what you are, forced upon you the skills required to hone your craft," explains Bloober Team, "That same past has scraped deep furrowing scars into you, not on the outside where the world can see, but in a place buried so deep within that it has become shapeless. You push those memories down but let the experiences drive you into who, or what, you must play." 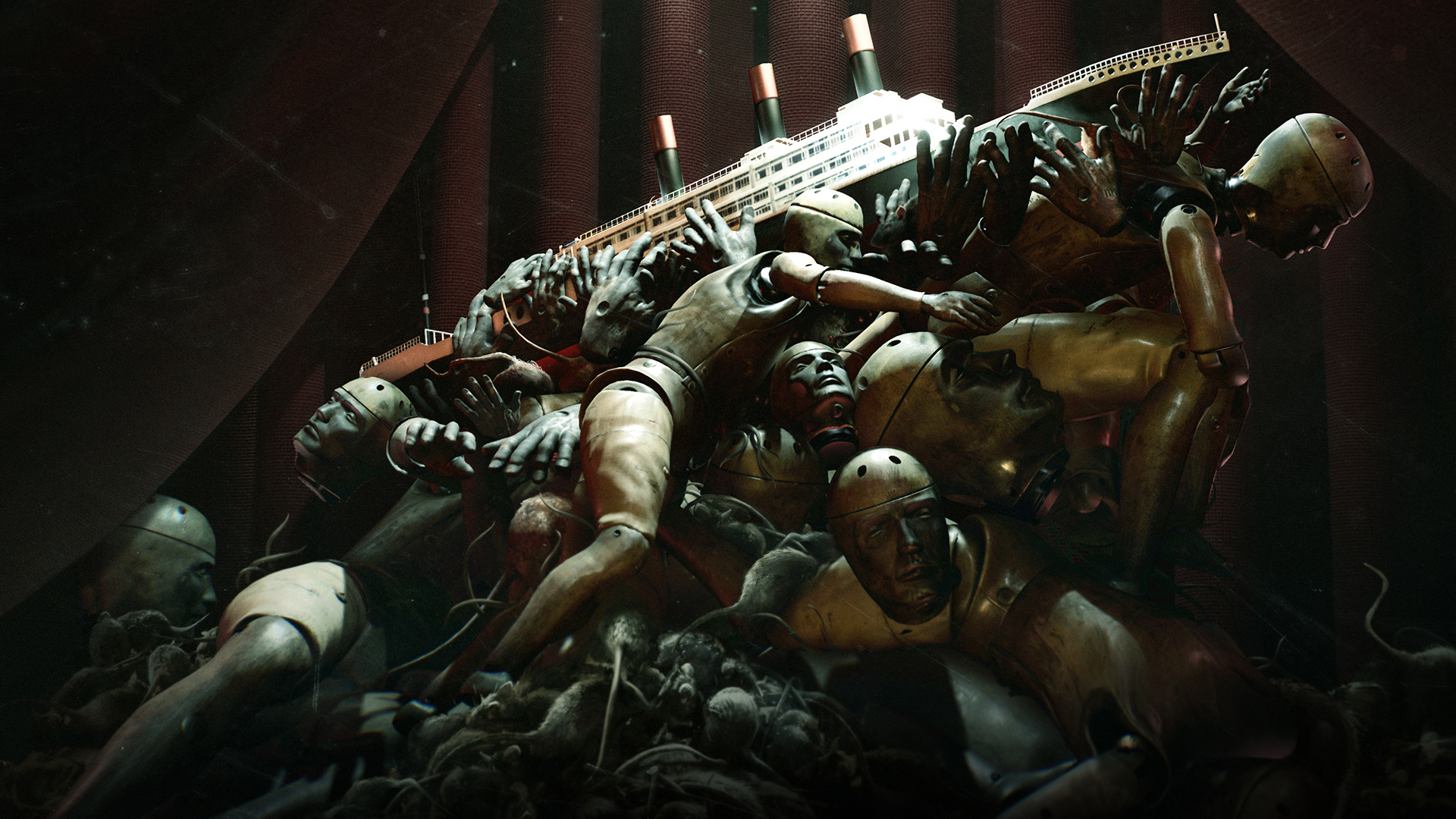 Hello, dear actors, and welcome to the crew of a new masterpiece in horror.
For those of you just encountering Layers of Fear 2 for the first time, allow us a moment to bring you up to date on the project.

Layers of Fear 2 is a first-person psychological horror game with an emphasis on exploration and story. Players control a Hollywood actor who heeds the call of an enigmatic director to take on the lead role in a film shot aboard an ocean liner. Beware, for all may not truly be what it seems. 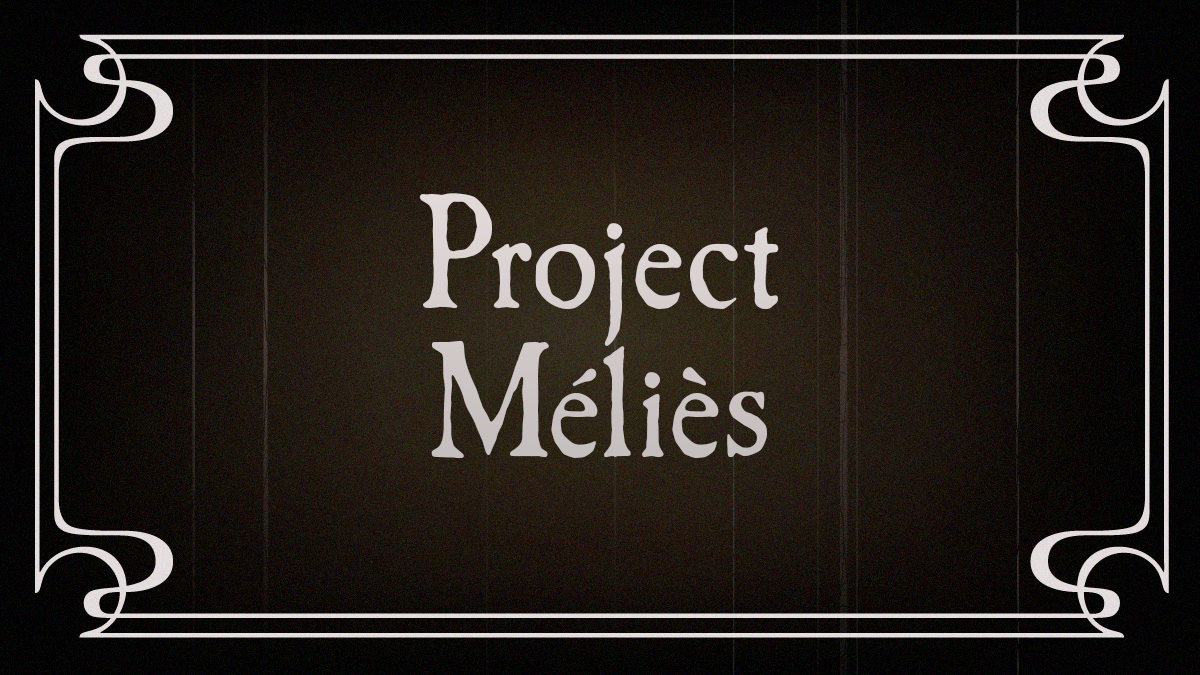 Ominously teased, Project Méliès sneaked onto social media as the next project for Bloober Team, in partnership with Gun Media.

Project Méliès: Yet He Stands
Shortly after the initial tease of Project Méliès, the team elaborated, even if only slightly. "Yet He Stands" clued keen eyed viewers into some of the key elements of the game, though hindsight helped immensely.

Project Méliès - The Reveal
The time had come to drop the code name and reveal what the team has been working on. Revealing not only that the title would be Layers of Fear 2, the second in the cult classic world created by Bloober Team, but also that Horror Icon Tony Todd was on board for narrating an especially eccentric main character.

Developer Diaries - Peeling Back the Curtain
With an experience such as Layers of Fear 2, rich with inspiration and artistic elements from film to sound, Developer Diaries were then kicked off to document the process of creating such a lush but terrifying atmosphere.

Episode One deals with the inspiration behind Layers of Fear 2... 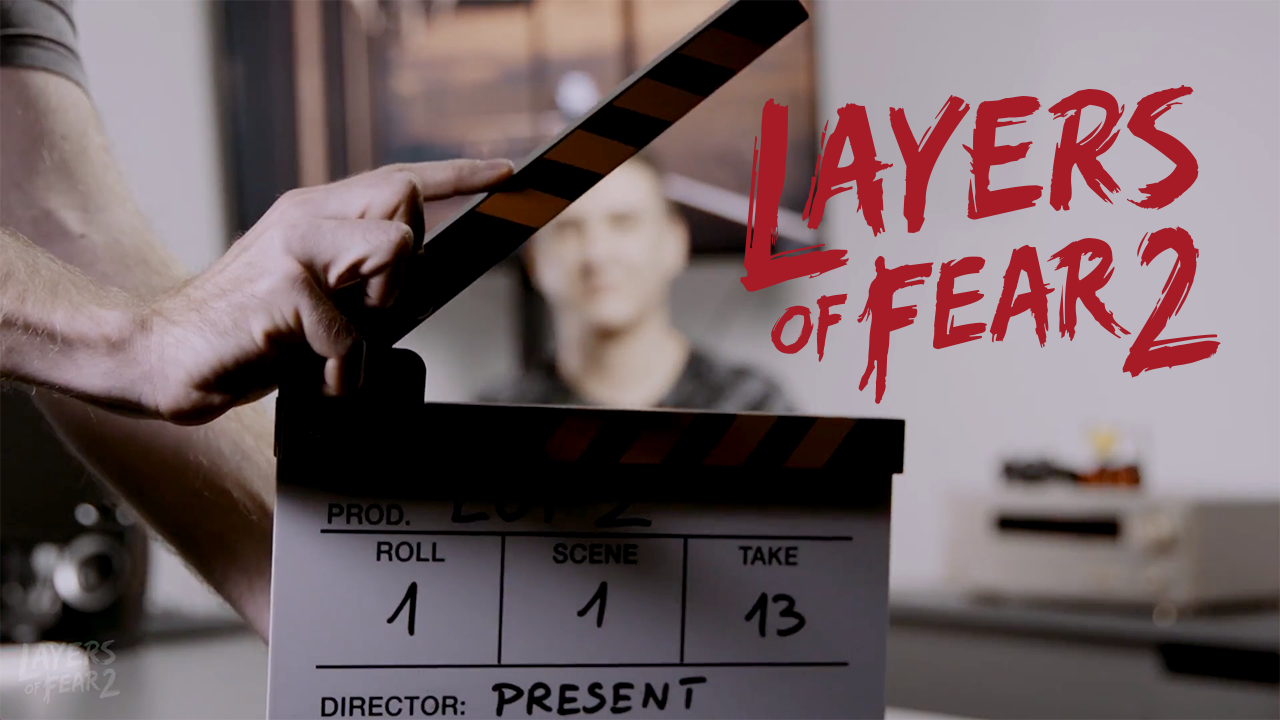 While Episode Two is a look at the Sound Design and Soundtrack of Layers of Fear 2... 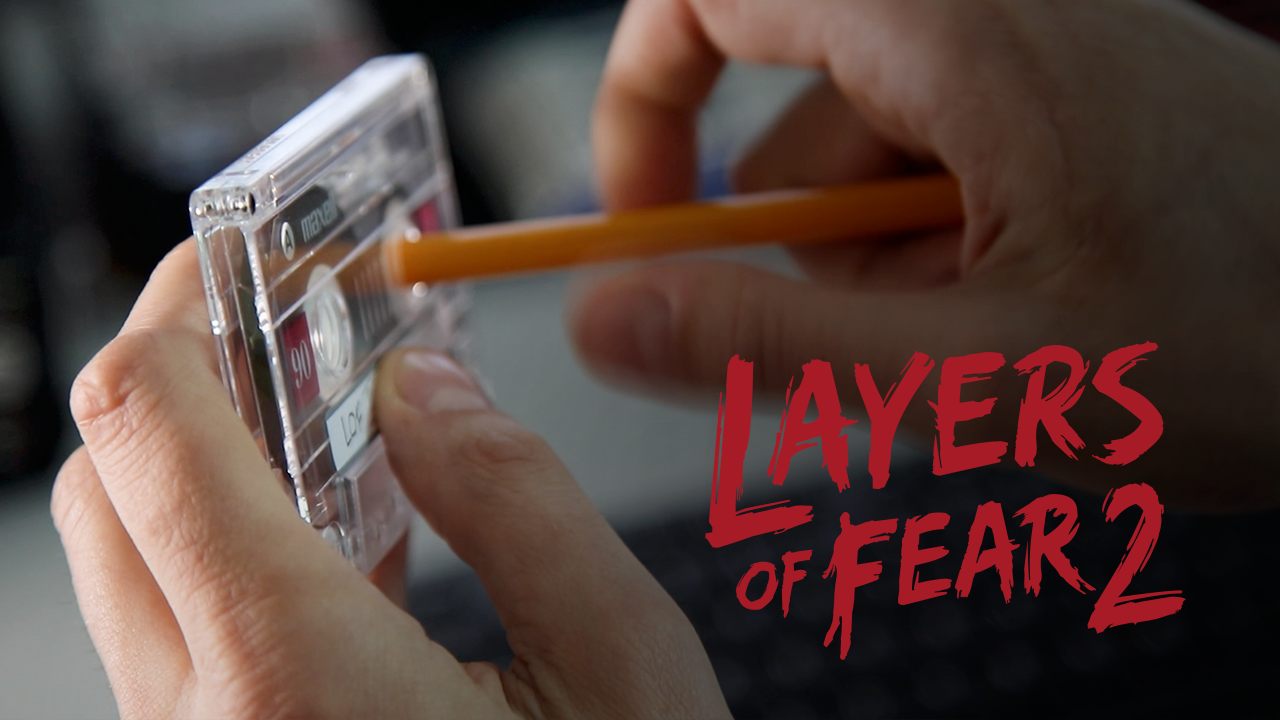 PAX South and Presenting Layer of Fear 2 to the World 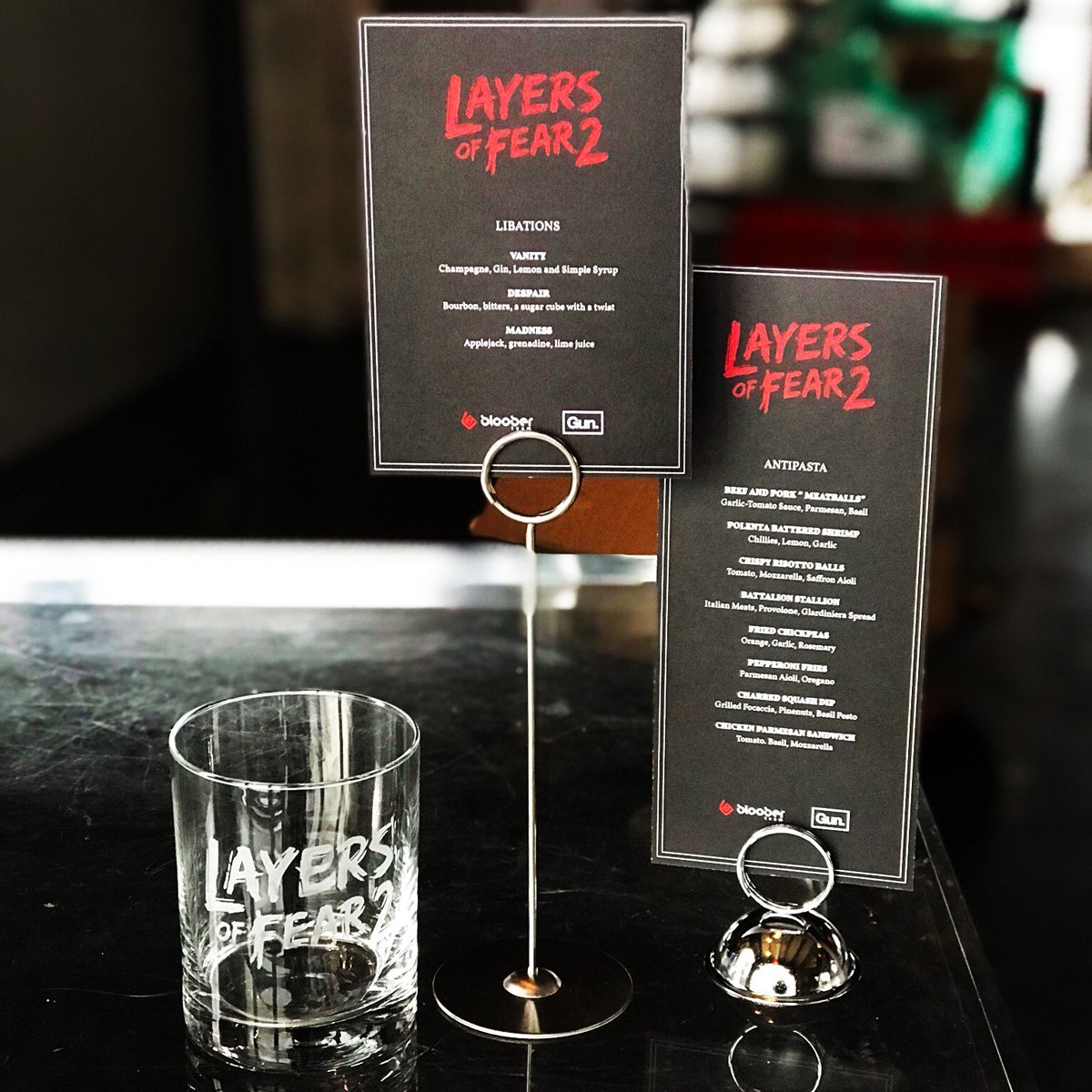 With our first installment of the Dev Diary series ready to publish and a brand new exclusive trailer fresh from the fire, the teams at Bloober and Gun set out for a PAX South event featuring not only a VIP Party, set in a thematically accurate venue, but also a panel with the Design, Creative, and Community Team members on hand to lend some unique insight into the world of Layers of Fear 2.

PAX East and Our First Gameplay Demo
Fast forward another month and we're on our way to PAX East, equipped with another VIP Event, in the theme of Layers of fear 2, another panel with team members from both Bloober and Gun, and this time a BOOTH. The booth featured a gameplay demo ripped straight from the game for our booth visitors to experience for themselves. 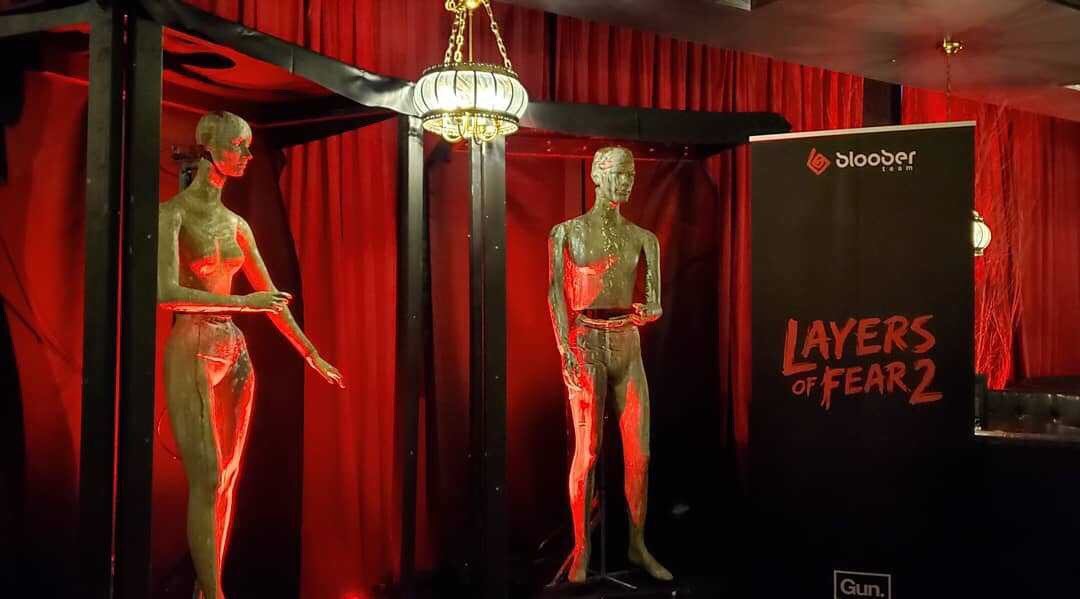 And here we are. The team is incredibly proud of what we have with Layers of Fear 2 and cannot wait to show you more.

Or catch up with the team on our Official Discord Server!
ΚΟΙΝΟΠΟΙΗΣΗ: