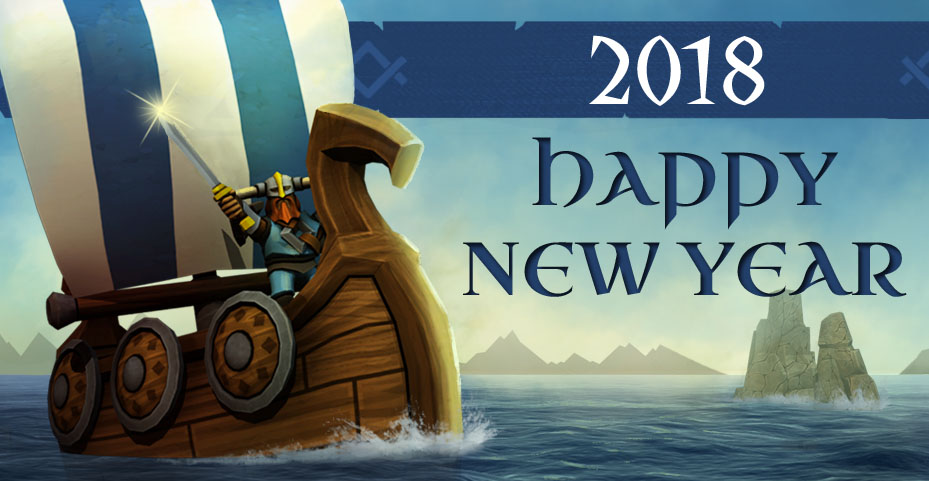 Much has happened over the course of 2017, and our Crash Wave Games team want to extend a special thank you to all of our players! Throughout the year your feedback has helped inspire changes like the model redesign of the Valkyrie, and get bugs that you have caught fixed. Keep in contact with us on twitter and in the Steam Discussions for updates, known bugs, and to give us your feedback.

Our latest patch has several fixes:
Looking Ahead
We’ve got big plans for next year! Features like more playable areas, questlines, and Vikings are all in the works. We know you want to get your hands on this content and we can’t wait to share it with you. Please stay tuned for more updates from us in 2018! We’ve been working hard on getting this game finished and your help and support will ultimately make it successful. We’re thrilled to have you with us as we continue to build what we believe is a great game and community! 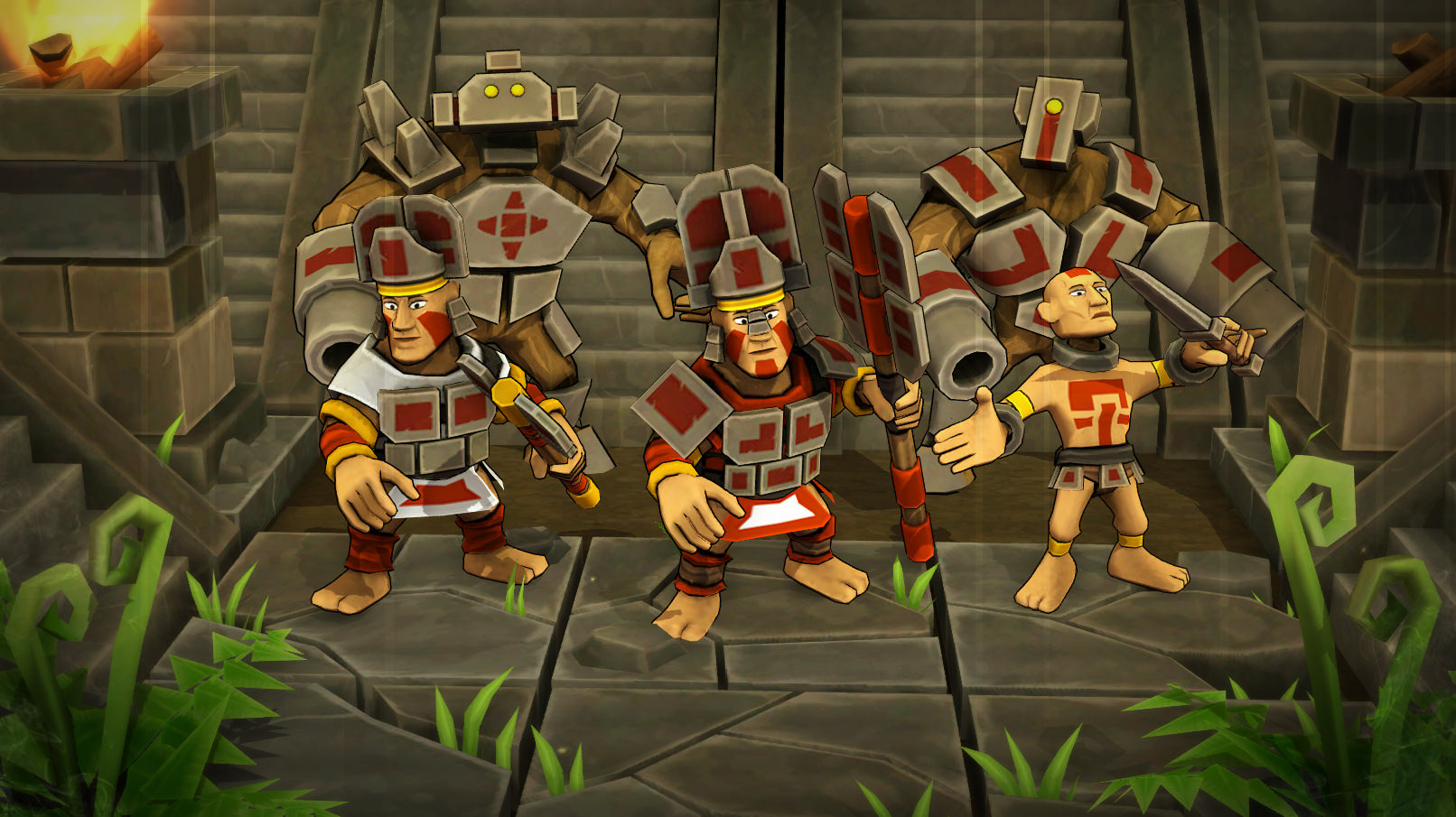 What lurks on the horizons of Iron Tides? A faction of Stone Shapers are guarding the next region and are ready to crush your Vikings in a moment’s notice. Be warned, wise Chieftains, these enemies are not to be under estimated. Find out who their leader is and take them out before their ancient magic overpowers you.

Videos and Reviews
We feel inspired by the love we get from fans of the game, and we'd like to partner with those who have mastered Iron Tides. If you are a streamer, video editor, or person who thinks they know a lot about video games, we are asking you to:

What does this mean?
You are the star of your own game guide! Send us your videos or reviews of Iron Tides showcasing the fastest way to master the game.

What you could win:
You could be immortalized in a statue found in the ruins of the Iron Tide seas, and also receive a free copy of Iron Tides!

The rules are being hammered out, so stay in touch on Facebook and Twitter for the latest updates. 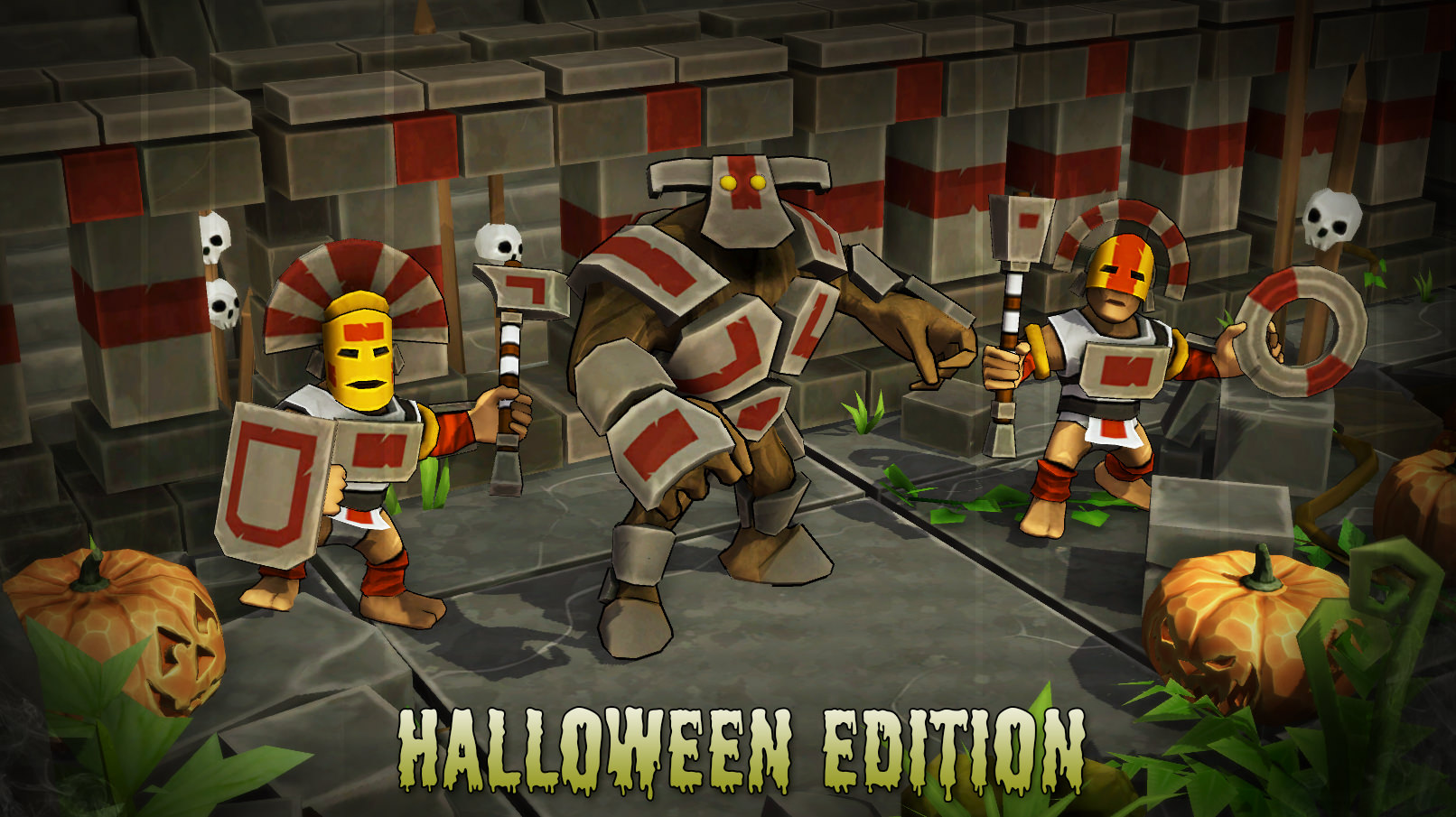 Happy Halloween from your Viking devs on Iron Tides! We're thrilled to see our discussion board come to life and are rolling out new enemies and mechanics to help us build our next region.

The Halloween Sale is Ending
Is Iron Tides on your wishlist? Grab a copy of our game and help support our devs through the darkest and coldest of nights this Halloween! Now 25% off the original price, be part of our community and push us through Early Access!

Videos and Reviews
Another big thanks to our players who are sending us our videos and reviews. Our latest video comes all the way from France (which we think is pretty cool).

Class Updates and Coming Soon v1.64!
Iron Tides - CrashWaveGames
Hail Warriors!
We've read through our discussions board and have a new set of awesome changes ready for build 1.64. This version of Iron Tides also includes a new tile-set (in addition to our custom level editor) that prepares our team for the next region (TBA).

Here are this week's changes:

Coming Soon!
Hey warriors, stay connected with our Twitter to get the latest updates and WIP's.

We're working on:
Check out Steam page for bi-monthly updates and stay tuned for more!

Thank you
Its an absolute pleasure to see new videos and reviews. Feel free to reach out and chat to us at support@irontides.com. 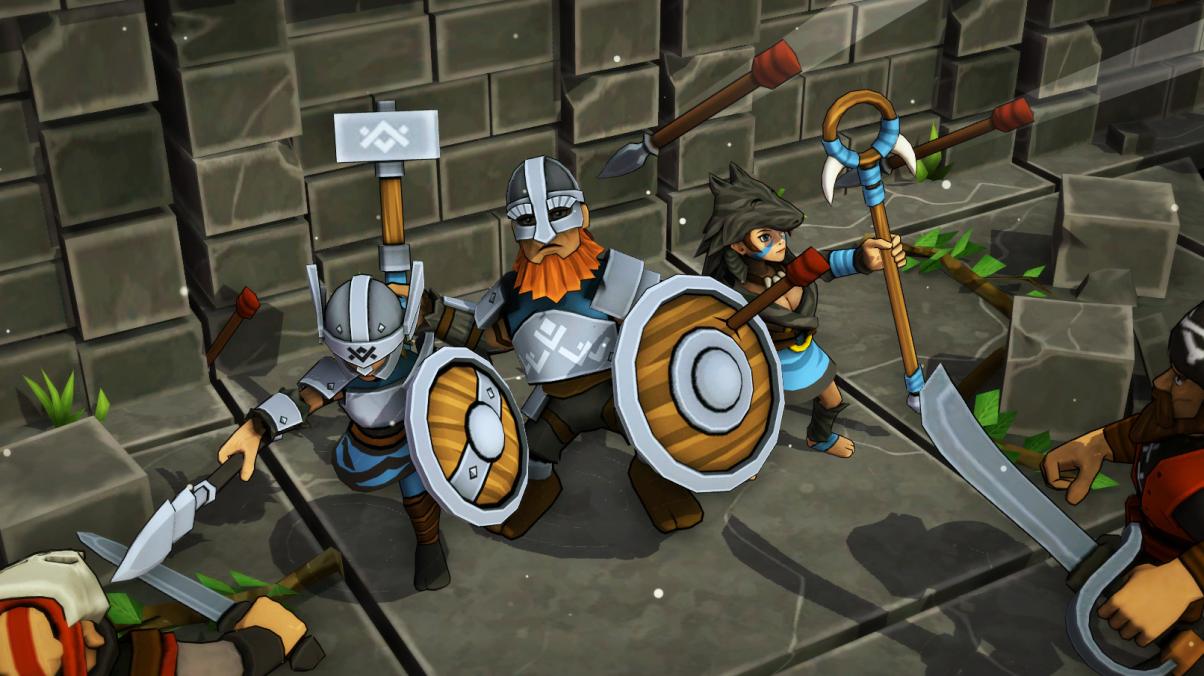 Thank you for playing Iron Tides and leaving us with a review. We learn a lot from what you have to say, and this week we are celebrating BaronVonPlay's epic victory. He uploaded a video of Iron Tides where he absolutely decimates all who stand in his way.

This week, we're adding features to help polish our overall game experience, and to help new players jump in and get started. We want to also thank warriors on the discussions board who have leaped into the fray to ask questions and post suggestions.

This week's changes are:

FAQ
We are thrilled to read reviews and posts from players who want to better their gaming experience. Having said that, its come to our attention that we have yet to explain the finer features of our game.

Can I Move My Ship With the Keyboard?
Absolutely, use WASD to sail about the seas.

Are There Hot-Keys to Select an Ability?
They are the numbers 1-2-3-4 above QWERTY on your keyboard.

Will There Be An UNDO Button?
We're giving this some thought as it is a sensitive feature to add in a strategy game with rogue-like elements. However, as mistakes do happen, we don't think anyone should be punished for making one. We are looking for a solution to help alleviate the stress of making the wrong move, and tentatively agree to include a limited UNDO move for testing in a later build. If you have a good solution that doesn't take away from the difficulty of the game, drop us a line on the discussions board or send us an email to support@irontides.com

Linux Testers!
We have received emails from testers on Linux and Mac, and will be responding to these shortly. If you'd like to stay in the loop, get into the discussions board and send us a message!

Class Update: v1.61
Iron Tides - CrashWaveGames
Hail Warriors!
Welcome back to all our warriors out to raid at PAX West. This week, we have some long awaited changes that you'll absolutely love:

Looking for Linux Testers
Unfortunately, we've experienced some hiccups in development that leaves our friend Linux behind in the dust. If you are a Linux user, we have a post in the discussions board where you can work with us to be help us be a beta tester in preparation of Full Launch.

We're Connected to you through Twitch
We noticed a live stream of Iron Tides this weekend happening through Twitch. If any warriors out there have a Let's Play account on Twitch, feel free to add us as CrashWaveGames! We're happy to stop by during your stream and check out what you're up to.

All feedback and reviews are welcome!

The Great Hall: v1.57
Iron Tides - CrashWaveGames
Hail Warriors,
Thank you for your reviews, comments, and suggestions. We launched Iron Tides on Early Access to connect with you and to help us improve our game. Your participation makes us want to war cry (that's a viking joke), so thank you for joining our raiding party.

Coming Soon...
We're producing a new character to join your war band. The Wolf Priestess is designed to bring an element of magic and healing into Iron Tides and will be ready for testing at the end of this month. You can help us shape her abilities by jumping on the discussions board and leaving us with a suggestion.

Send Us Your Videos and Reviews
We also want to thank those who are producing videos and submitting their adventure to our social media channels (Facebook and Twitter). A big shout out to NextGen Gamers who made A Very Italian Gameplay video where everything is commentated and described with an accent -- we were greatly amused.

Keep it coming! Thank you for playing Iron Tides.
Sdílení:

Incoming v1.56: Features, Tweaks and More!
Iron Tides - CrashWaveGames
Hail Warriors,
We welcome new players and thank you for leaving us with a comment or review.

This week we have several new features and tweaks we know you'll enjoy:

Videos and Contests
Thank you to the streamers and let's players of the world who take the time to play Iron Tides. We're always happy to cross promote your channel through our Facebook and Twitter feeds - please get in touch with us at support@irontides.com

Don't forget to like and follow us so that you can participate in our current (free) contest!

Thank you for joining our community and playing Iron Tides.

More Hotfixes v1.55
Iron Tides - CrashWaveGames
Hail Warriors,
We're experiencing high volumes of support emails and comments from our discussions board; we are doing everything we can to respond in a timely manner.

Thank you for your patience - we've implemented a new game build with hot-fixes addressing some of the topics we've been reading about:

Thank you for your reviews and videos
We appreciate the additional press and let's play videos from online publications and streamers. Needless to say, we're on the hunt for more! If you would like to join our war band and help us spread the word, we're more than happy to connect with you. Please send us an email at support@irontides.com.

Launch Week + Hot Fixes v.153
Iron Tides - CrashWaveGames
Hail Warriors!
Thank you for playing Iron Tides. This will be the first of many announcements as we hope to launch this game with your input as our guidance. At the moment, we've been deep in development and reading your discussions. Here's a shout-out to the Vikings who have left us a review and are talking about the game.

We also want to praise our Kickstarter backers for helping us get this far and welcome new warriors from Steam. Stay ruthless!

Hot Fixes
Do you like winning contests?
Throughout our future updates, we will be hosting contests which can also be found on our Kickstarter page and our website. We are doing this because we are a small team and we rely on the support of the community. Getting your friends to play our game and leaving us with a review (good or bad) is the first step. We're engaged and ready to listen to you all the way to Full Launch, and are giving back to our fans where possible.

We hope you'll take a minute to help us spread the word!