Bug fixed for Flan new skin
东方大战争 ~ Touhou Big Big Battle - 黑雪
For all players who own the Little Bear skin for Flandre, the Swimsuit skin will be unlocked automatically , this will be fixed soon.

For all players who own the Little Bear skins, don’t activate the swimsuit key yet, please enter it AFTER the fix, and there shouldn’t be much of a problem.

No problem for players who doesn’t own the bear skin so move along . 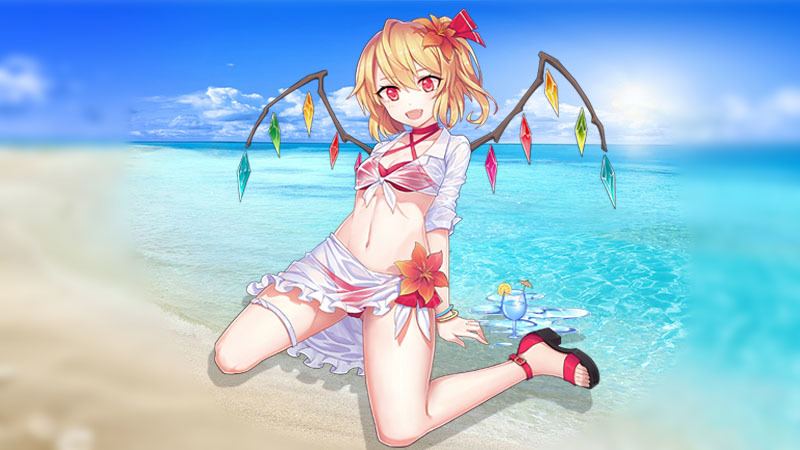 Start streams with the total duration being longer than 10 hours,

And you could contact use to get the Free limited edition Flandre swimsuit skin ! 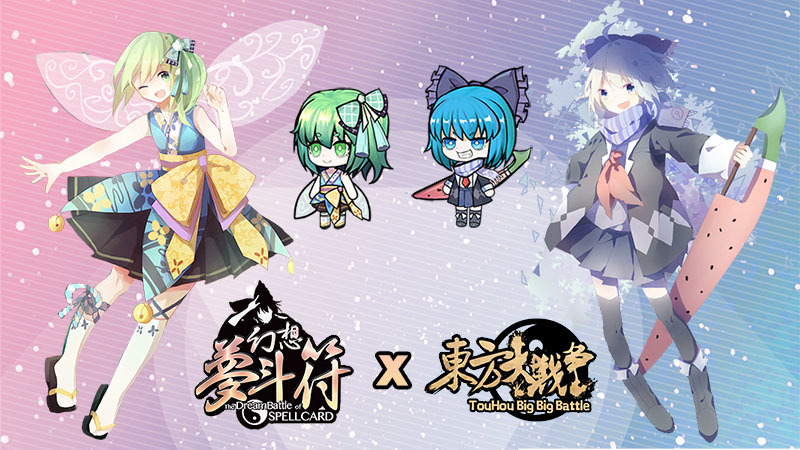 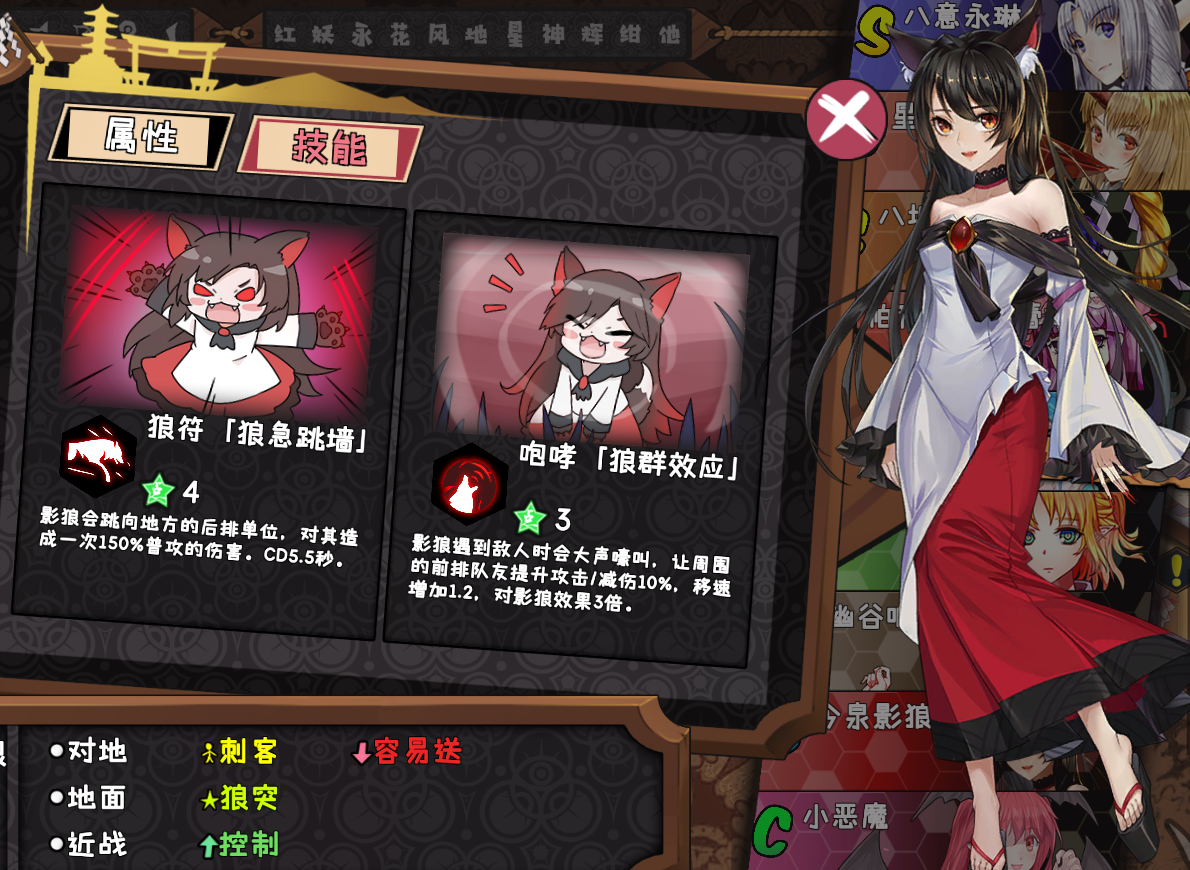 
●Ability: Able to turn into a wolf under the full moon
●A werewolf whose main species ,the Japanese Wolf, which has already been extinct
As such she’s usually covered head to toe, living a peaceful life
●Melee assassin unit, can use her frenzied attack to lock down enemies
Has little to no problem being one on one, but is in fact rather fragile

Werewolf of the Bamboo forest

When Kagerou encounters enemies she will howls which buffs nearby frontline friendies by the following - increase damage caused and reduced damage taken by 10%,movement speed increase by 1.2 ,buff effect is three times more effective on the wolf pack

Kagerou will leap to the enemies at the rear and deals 150% normal damage once, cooldown 5.5 sec

3rd February 2020 Game version update
东方大战争 ~ Touhou Big Big Battle - 黑雪
Activity
In response to the call, fight the virus, and prevent everyone from going out,
Free extension for all arms until February 8
Everyone plays BBB more

Adventure mode
1. Now hover over the character card
Can display the basic values ​​of this unit
2. Adventure will now use skins
3, no more flashes when adventure events occur
4. Fixed a bug where the duration of medicines would be one round shorter.
5, slightly repaired the progress ruler to make it look less muddy
6. Removed the Doom Doll
7. Changed many prop names to match the overall atmosphere

Bug fixes
Fixed a few translation error in the menu

Interface
Slightly increase the shadow of the units, and made the airborne units’ shadow more obvious
Now players can easily identify what is flying and what isnt

Suika
Giant Suika can now stomp up to 6 instead of 4 enemies
Share: 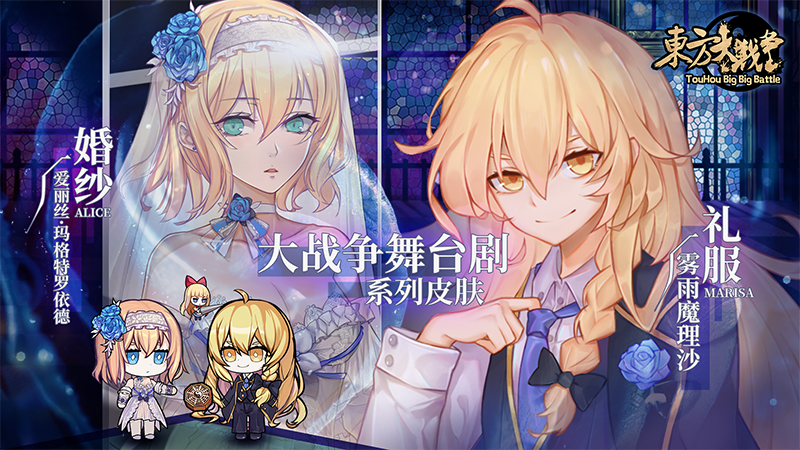 Adventure mode
Public beta Adventure mode is online !
This mode is still new and is being updated regularly ,we will be releasing the mode out to collect player feedback
There could be numerous bugs such as lagging ,shutting down, data error, end result error etc.
Please to patient
The translation is still in process, we will try to get it done after the Lunar new year holiday, so, sincere apology here… 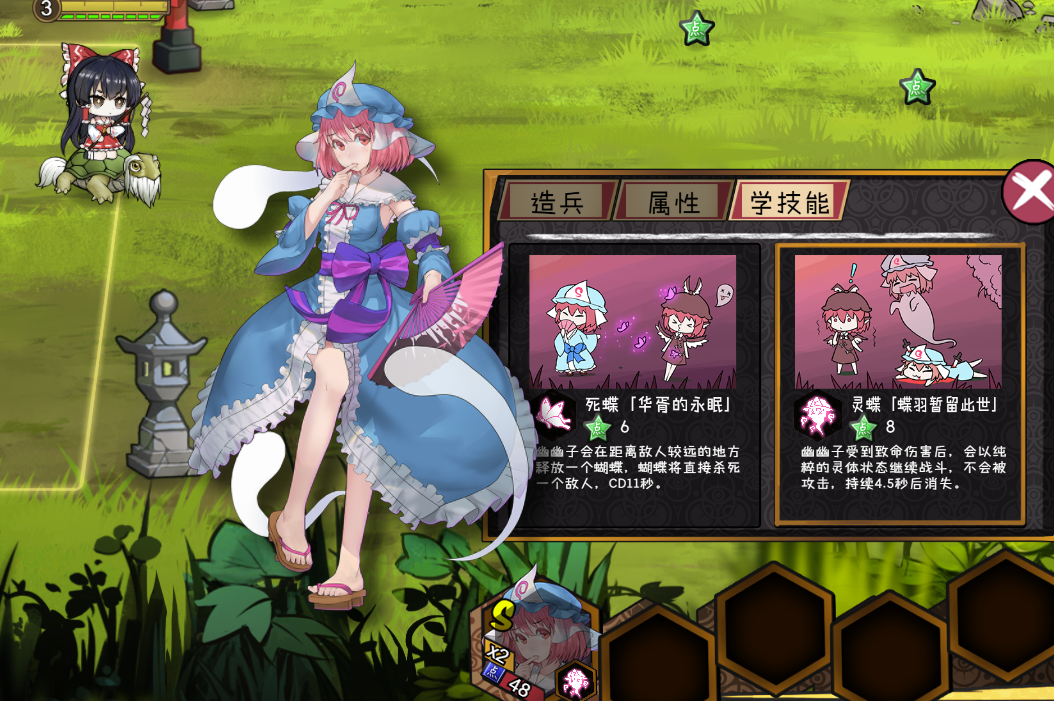 Passive
Dance of the Butterfly
There is a 20% chance during attack to charge forward to a distance of 4.5 ,dealing damage to all those in the way. The chance to damage and insta-kill enemy is 50% of a normal attack

Wandering Soul
Will not be able to maintain element while attack, due to the fact that her soul has a 65% to ignore any damage

Spell
Death Sign 「Eternal Sleep in Dreamland」 Faith：6
Range 12. Release a butterfly upon spotting an enemy , the butterfly has a flight speed of 9 ,and will kill the spotted enemy upon collision ,cooldown 11

Spirit Butterfly「A Butterfly's Wingbeats, Brief in Life」 Faith：8
Upon taking fatal damage, Saigyouji ,instead of dying, will continue to fight with her soul body instead
Soul body is invincible, and will dissipate in 4.5 sec 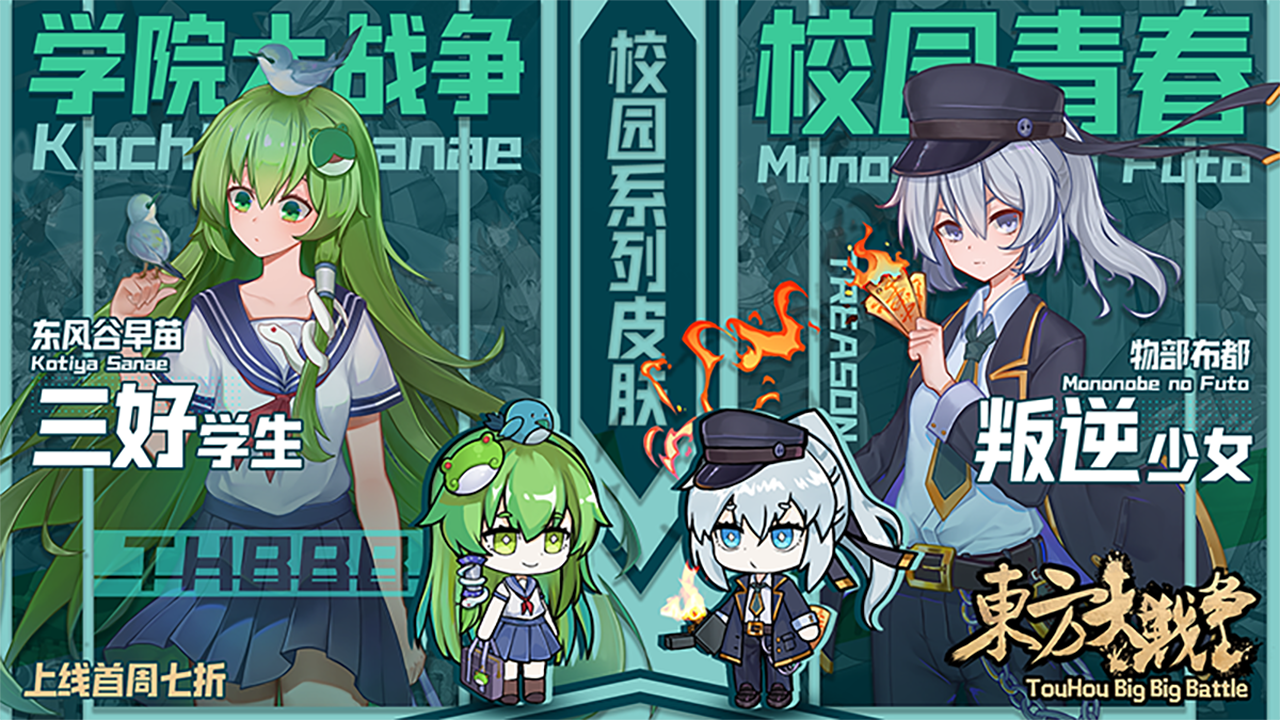 BUG fixes
Fixed a big where during final battle if both sides has been eliminated ,player one would be victorious
Fixed the bug where Hong Meirin’s nap time could be interrupted by skills that deals no damage

New Incidents
Letty is gone ,but Medicine is here for the mess

Meisma
Toxic Mist
The whole battlefield is engulfed by miasma, all friendly unists will suffer heavy speed reduction and a moderate amount of toxic DOT