New price: 9.99$
Epic Loon - fun4familygames
After the huge success of our discount 50%, we've decided to revise the price of Epic Loon and put it at 9.99$.
We definitely think that this new price is more adapted for this kind of game. 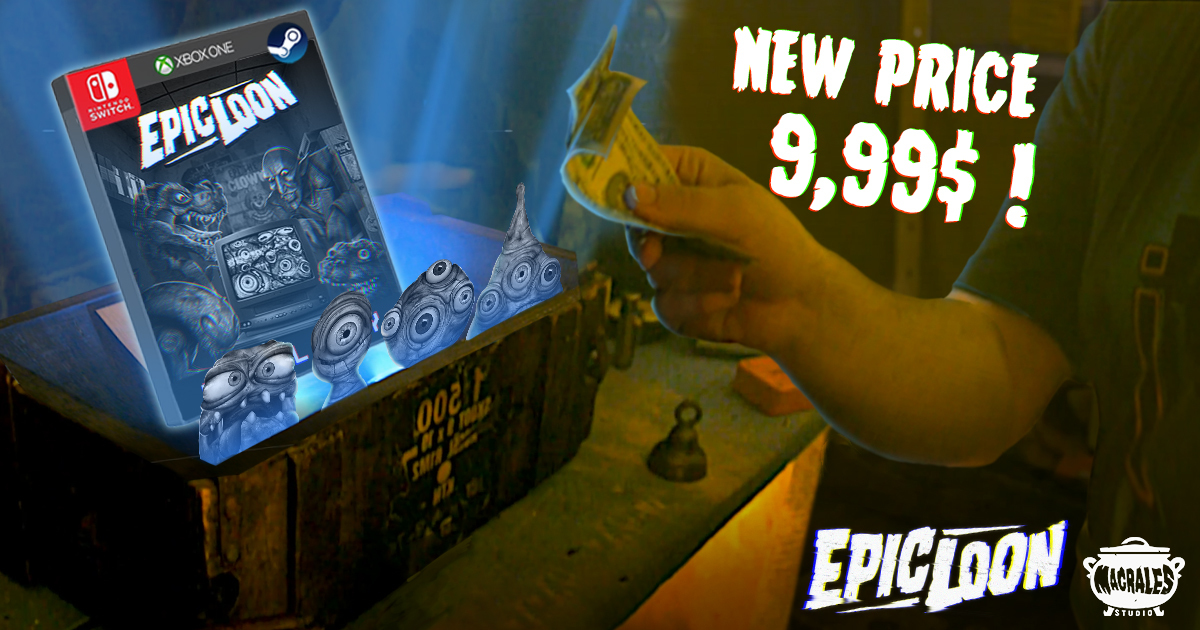 Last 48h for the 50% off discount
Epic Loon - fun4familygames
It remains only 48 hours to take advantage of the discount of 50% on Epic Loon. 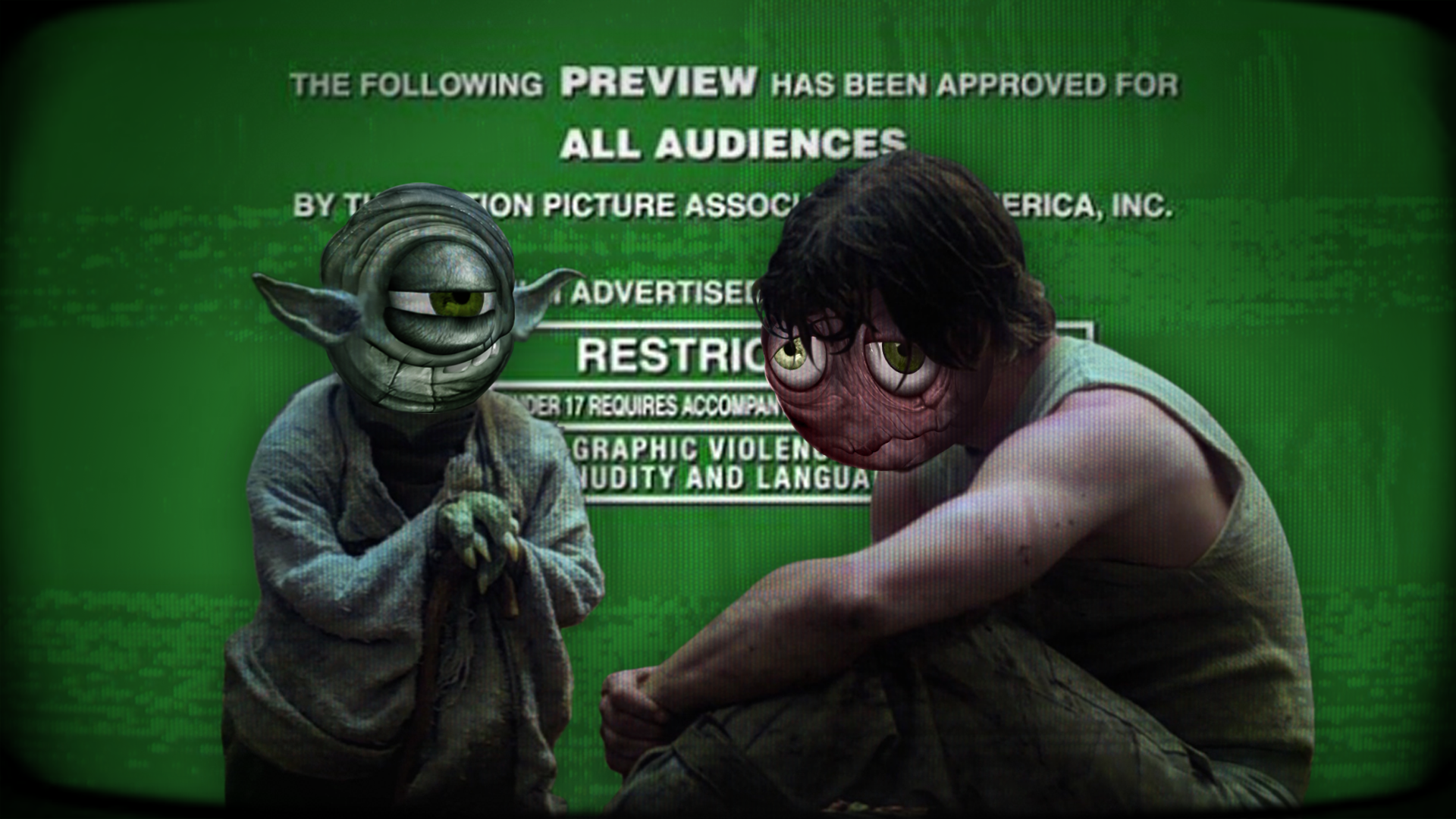 50% off sales
Epic Loon - fun4familygames
We’re happy to announce you that there is currently a discount of 50% on Epic loon, until mid september, to help you to accept better the end of holidays! 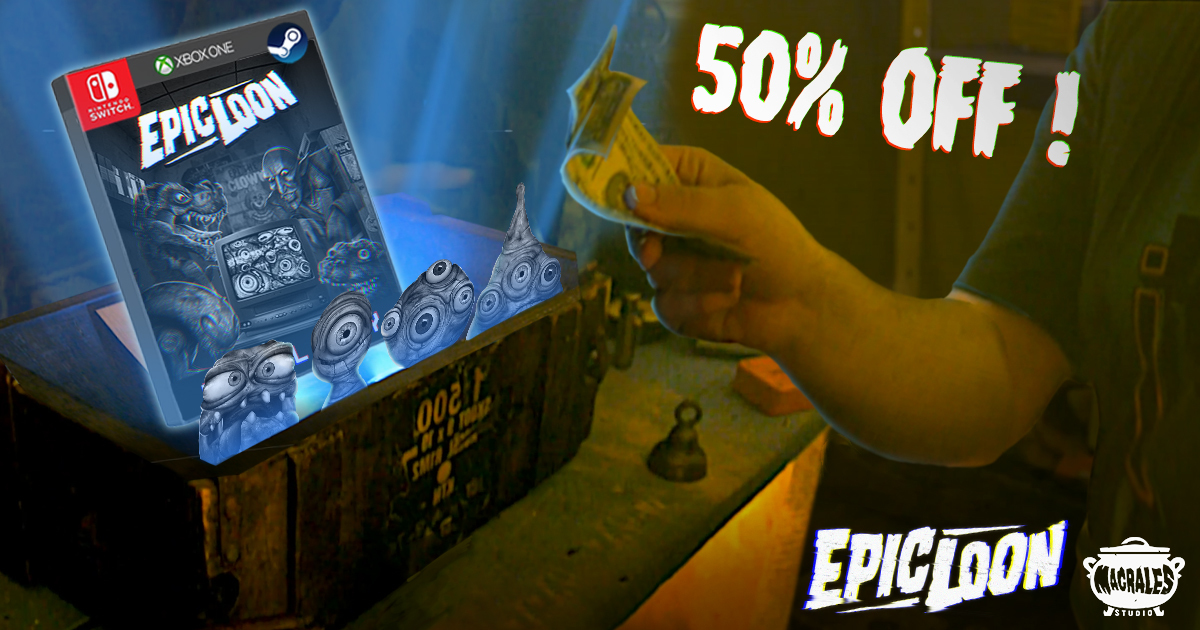 The looney reviews are catapulting in!
Epic Loon - Ukuza
Thanks so much to our amazing, crazy, and somewhat downright wacky community of fans and players. We've had an overwhelming amount of support rolling in with people sharing their favorite screenshots from Epic Loon, clips of trick shots, and moments that ruined friendships in battle mode.

Today we wanted to share some of the amazing reviews that have come catapulting in from our cosmic community. Thanks again for all of your support and we look forward to the screenshots, streams, and lets plays to come!

With its beautiful artistic direction and its retro and atypical universe, Epic Loon manages to charm the thirties VHS nostalgic from the title screen. As long as you adhere to the loony humor and its soundtrack sometimes crazy, the game of Macrales Studio will make you spend a good time, especially if you play with friends.

If there is one thing that Epic Loon does very well, it's to transport the player back to the VHS period. From his epic introduction (intentionally crude) to the menus, and of course, the gameplay; what we have here is a real love declaration to the old movies.

Overall I enjoyed my time with Epic Loon. The game deserves a lot of credit for creating a truly unique and engaging experience. The premise of playing as aliens trying to destroy classic films is a great idea that is significantly different than anything else I have seen before. The gameÆs art style is also great. The gameplay was a little different than I expected and takes some time to adjust to. After you get used to it though it is surprisingly fun. The game works really well as a multiplayer game as well.

This product could seem without a head or a tail, chaotic in its production with dozens of different influences. But the work of the French Macrales Studio team has turned its madness into genius, with the support of Ukuza, Shibuya Productions, CNC and Pictanovo

Epic Loon also features an excellent voice-over and original soundtrack along with unique visuals and one of the best, if not the best, menu in the history of video games. In addition to all the solo fun or together in front of a couch, Epic Loon still features specific modes targeted to hardcore platform players as well as speedrunners. Created especially for the generation that grew up with games, Epic Loon is an insane and hilarious game, capable of providing endless hours of fun with friends.

The latest work of Macrales Studio, which had intrigued us a lot in the recent months, has proved to be up to expectations.

The game is really fun with other players. The 90's universe is well exploited, a little too much for my taste but hey, the theme is respected. Let's wait and see if the studio will reveal other "themes" in the future, in DLC. It would be really cool!
Also, the SpeedRun mode of the four vHS will lengthen the life of the title a little longer.

Speaking of what touches me, I bring what for me is a jewel of good. Since it is a physics platform game, multiplayer and made to use the controller. We go in a game of sticking to the TV, with colleagues and a beer.

With Epic Loon, the French indie studio Macrales Studio manages to create an entertaining game. Although the game quickly repeats, Epic Loon scores especially points because of the hysteria in the co-op mode, but also for the recognition in the levels. The principle is fairly basic, but on the other hand the control is reasonably innovative.

Epic Loon is a 4 player side scrolling co-op puzzle platforming game set to release on the 13th of July. This is a very fun game that I had a
lot of enjoyment playing. It has wonderful level design and a beautiful soundtrack, both inspired by old films. This would be a great game
to play at a party, and could even be a good drinking game. I would suggest this game to anybody looking for some fun with their friends.

A quirky physics platformer that lets the crazy fly

Without any doubt, an excellent game for parties where the laughter and good soundtrack can create great moments of fun and relaxation. It is possible to play up to four people in this game that is a pure tribute to the movies
of yesteryear.

With more than 350 levels available through the different game modes, Epic Loon will make you spend hours and hours with friends. The universe of the '90s is well represented and plunges us well into this era of VHS and old televisions.

Anger Joe by invading his movie collection, dodging his remote controlled attacks, and ruining the endings to his movies. While story mode is fun progressing through the movie for all of the nostalgia, battle mode will ruin friendships. Turn on manhunt mode to target and shoot your friends if you make it through the portal first. We've packed a lot of fun in this throwback to classic couch games.

Thank you for all of the support through development, especially all of our aliens' dirty jokes and twisted humor. We are excited to have you play Epic Loon! See you in the movies!
Share:

Designing Gameplay Mechanics for Multiplayer
Epic Loon - Ukuza
We have another sweet dev log coming your way! Epic Loon's strength is in it's multiplayer couch co-op and battle modes. Everyone reminisces about those days of old where you and your friends are huddled around a TV battling it out. We'll we've made sure to include that same amazing feeling in Epic Loon!

Check out our newest dev log below, fresh off the press, about how we've designed multiplayer and its loony features. As always...be gross. Be evil. Be Epic. Catch you at the dev log!

How we give the feeling of playing in classic movies
Epic Loon - Ukuza
Ever wonder what goes into giving Epic Loon that cinematic feel as you control your alien and hop through the scenes of twisted versions of your favorite classic VHS movies?

Well check out our new dev log! Our team shows how we built our scenes to convey the feeling of complete movie immersion in Epic Loon. We have some sweet gifs, behind the scene shots, and details on how we setup our scenes in Unity. Enjoy!

How we give the feeling of playing in classic movies
Share: