6. Do not reduce organization on the road

8. Repairing the "AI Options Bar" of the government interface can't use the Bug of the mouse wheel 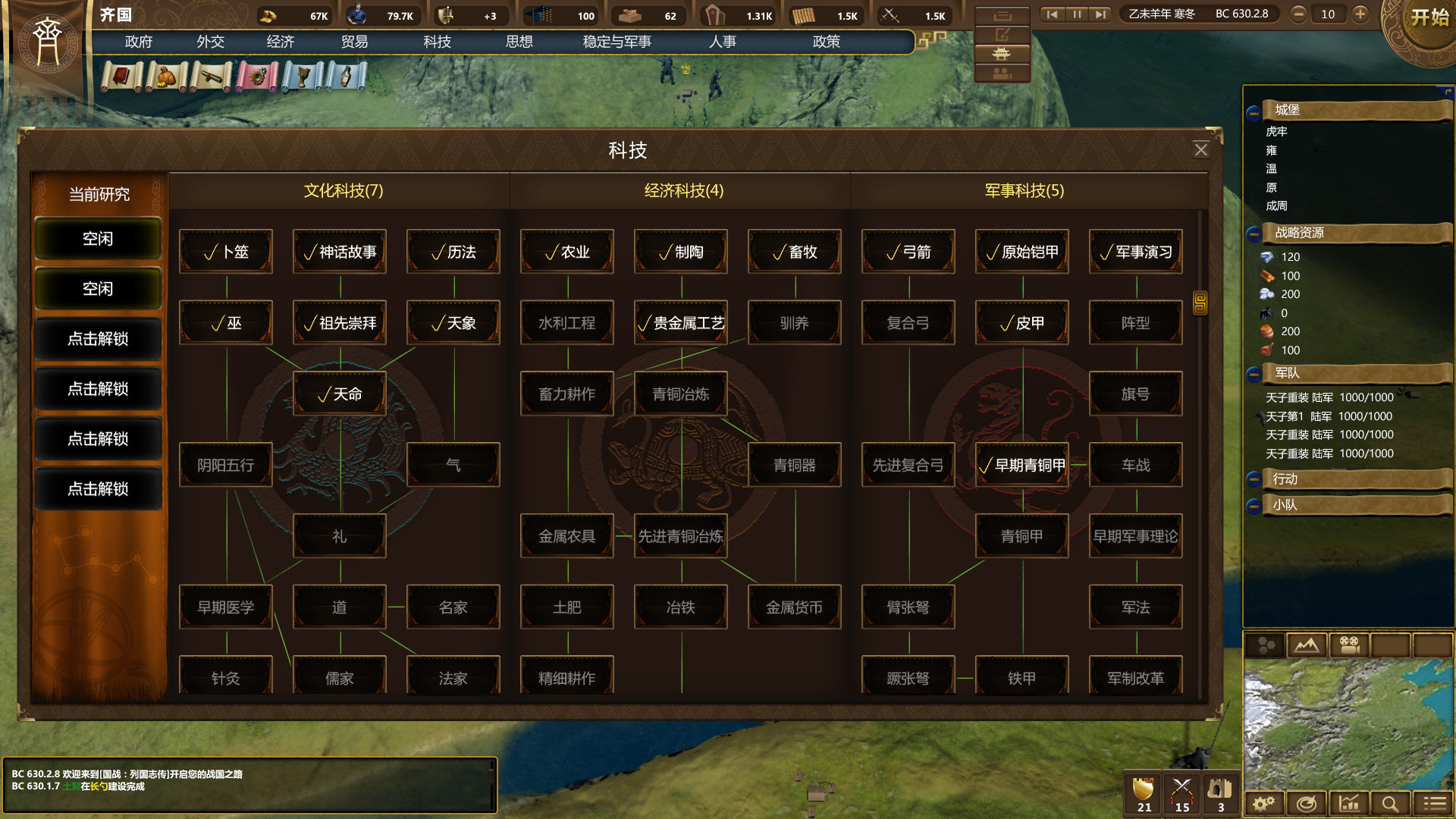 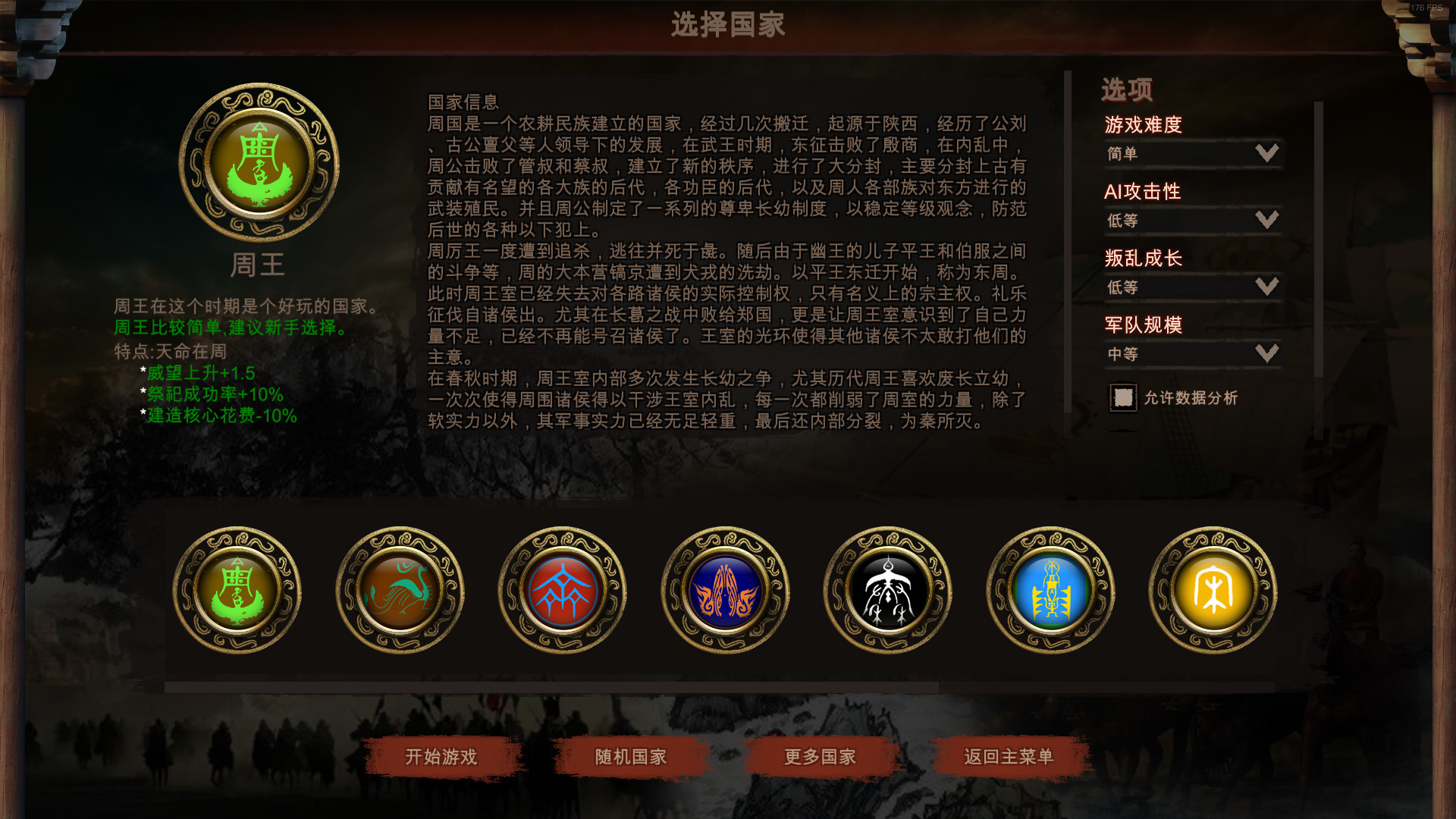 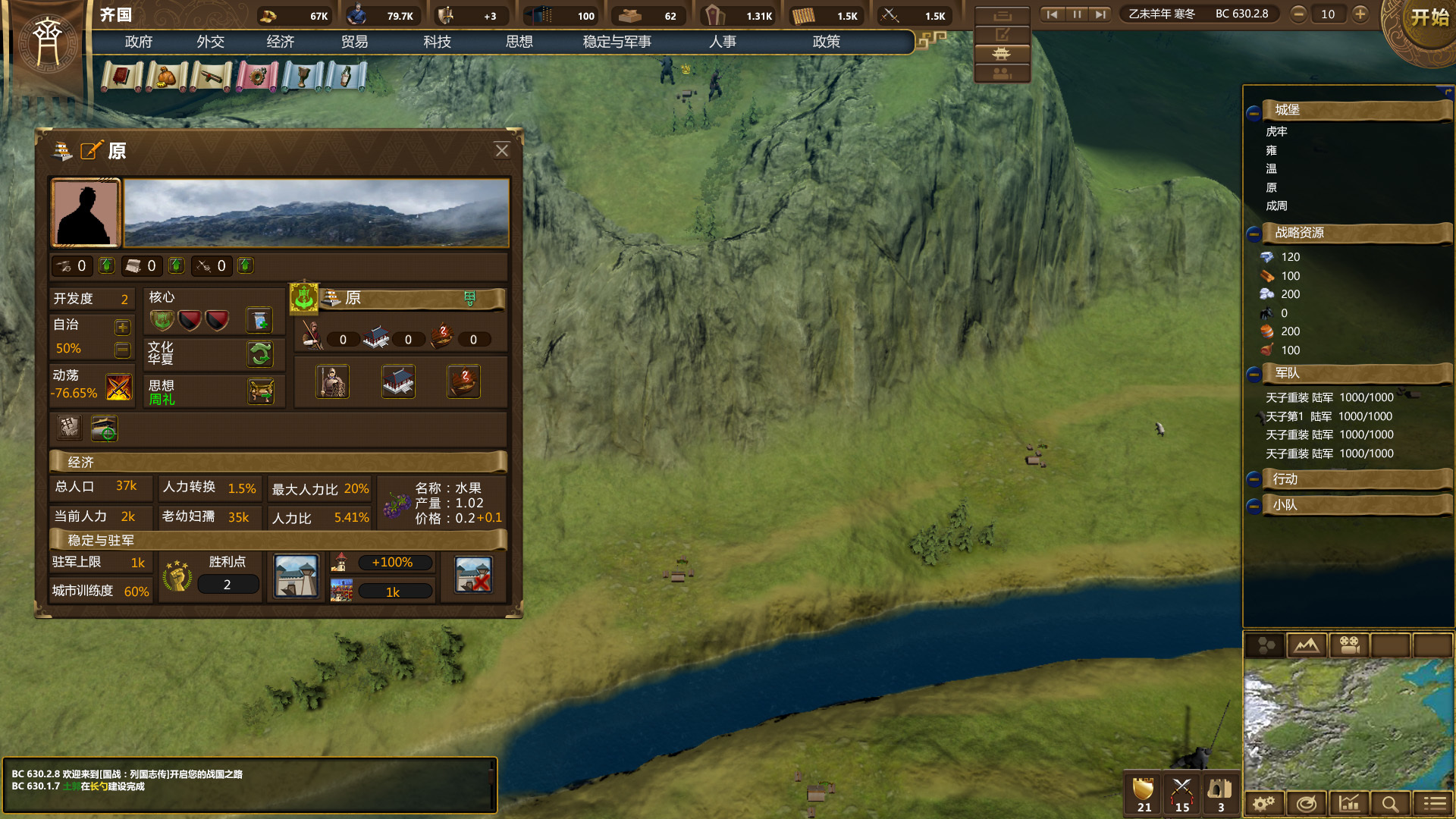 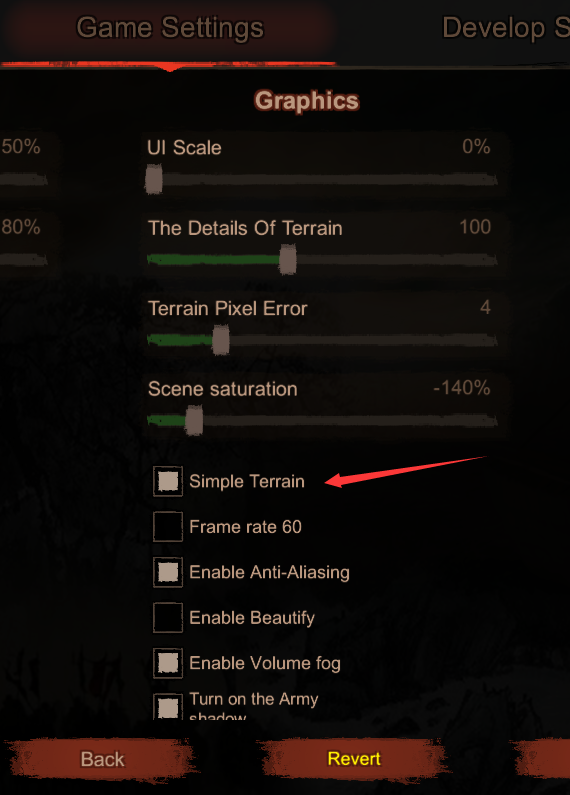 Gameplay update:
- a new random event (except for the Lele, Lele events)
- Now all countries can choose
- Reduce the stability needed for the exchange of heads of state
Countries more difficult to align with each other in different faith groups
- Add Rong Di, Baiyue, Bashu, Qiang characteristic beliefs
- Increase part of the original faith features sacrifice
- Xian Dan consumption will increase with the national strength, and consumes devotion
- Characters must die by a certain age
- National concept completely redesigned
- Increase the minimum damage caused by the army
- Adjust wood resource output and topography
- Complex Terrain Cities are harder to be captured
- slightly increase the value of the city offensive and defensive
- Adjust Song, Wei territory
- Eliminate the prerequisites for cross-technology research and development
- Strengthening Confucius

Bug class fixes:
-buff does not disappear the bug
- Lens flashes bug
- Army encounters bugs that do not attack each other
- Army manpower does not restore the bug
- Military organization does not reduce the bug
- Fix some bugs that ui will show in the upper left when some games are running
- history is wrong, suggesting that you hit your own bug
- Lvgu has been killed in the play but the military alliance still shows the existence of the bug
- Was declared war on others did not show the war shield badge bug
-AI force is greater than the other side too, but also choose the defensive strategy bug
Share:

"Under the Heaven" Upgrade
Nation War:Chronicles | 国战:列国志传 - 上上善道
So that you guys are waiting for a long time, this update will be the beta version of the official update to the official early acess version.

Compared to the previous official version, we have reproduced a large map of China as a whole. This map now has 278 cities and 154 countries in total and has optimized the administrative block map system Some performance. A more complete restoration of the spring and Autumn era, China's geo-economy and the distribution of regimes.

In addition, we also added more content and systems, such as the alliance between AI, the initial alliance, war, vassals and so on; to enhance the performance and efficiency of AI. Greatly increased the playability of the game.

After this update, we also make some improvements to the map and related content, such as vegetation, output and more. The next step will be fighting, family-related systems work, and gradually improve and enrich the game content.

Thank you very much for those players who supported us in this first step, thank you.

System related:
--AI will now form a military alliance with each other;
- The chances for AI to raise relations with its allies so that allies can be called may be higher;
- Alliance refused to participate in the war have the chance to break the league;
- Click on the shield logo in the war interface to jump directly to the diplomatic interface;
Optimize talent efficiency
- Optimize the performance of routing;

Game related:
- Zhou in the beginning will fall into a war with Xi Rong;
- Jin started fighting with Li Rong;
- Adjusting the economy, accelerating the pace of development and increasing the scale of the war;
- Balance and add historic celebrities;
- Thieves replaced with new models;
- Lancet soldiers replaced with new model;
- Crossbreed Tabard replaced with the new model;
- Raised the caravan's ceiling;
- Slightly increase the troop reduction degree of daily replenishment;
- Now the cost of improving favorability will be calculated based on the degree of development;

Game aspects update:
- Add more random characters
- The main road is drawn on the map
- King Zhou has several countries as the initial vassal
- Added 25 cities in the South and Northwest Territories
- Significantly increased cost of upgrading diplomatic relations
- Enrich some map details and add some swamps
- Added Loufan, Yelang, Yang Yue, Fujian and Vietnam, Ou Yue, five countries
- The cities on the main roads have trade routes, trade center additions
- According to the Zhongzhushan copper mine, the middle and lower reaches of the Yangtze River copper mine, and the Liaoxi copper mine tin belt exploited in the Shang and Zhou Dynasties, the output of trade resources in these areas

BUG repair:
- Improved part of combat AI
- Fixed the problem of excessive trade income
- Fixed bugs that suddenly appeared in General
- Fixed bug in tech description problem
- Fixed bug where all the specialty are fruit
- Fixed bugs that persuaded people to disappear
- Fixed Alert Alert someone, the person panel no one's problem
- Fixed a bug where a talent became an heir after the successor was assassinated
- Fixed the problem of statistical error in the number of years of game player after the game was unified

It is expected that the beta will soon be updated to the official version, which will be the first major update of the game. In order to have a ritual feel more and because the game's main update is geography of the map,we decided to name the next update "Under the Heaven."
However, I am very sorry that the official version will no longer support 32-bit because of some conflicts that remain unresolved after long hours of work. However, the 32-bit player can still go through the right version of the game -> Properties -> Test -> oldversion for the old version of the game.
Share: