We bring good news right to your digital doorstep: Two great RPGs - Outward and Pathfinder: Kingmaker - are both on sale with a discount of up to 60%.

There's now also a bundle with both titles that includes the following:

Grab it right here and get ready for a fantastic weekend of RPG gaming!
Share:

Owlcat Games last week finished their crowdfunding campaign for Pathfinder: Wrath Of The Righteous, an “indirect sequel” to 2018’s throwback isometric RPG Pathfinder: Kingmaker, with a big wad of cash. The Kickstarter was seeking at least $300,000 ( 240k) to help fund development and ended at a tidy $2,054,339 ( 1.6m). It’s going ahead, then, though sadly they missed the stretch goal to add dinosaurs you could befriend and ride.

END_OF_DOCUMENT_TOKEN_TO_BE_REPLACED

Back us on Kickstarter and help us make Pathfinder: Wrath of the Righteous as great as possible!
Visit our page to learn more: https://www.kickstarter.com/projects/owlcatgames/pathfinder-wrath-of-the-righteous 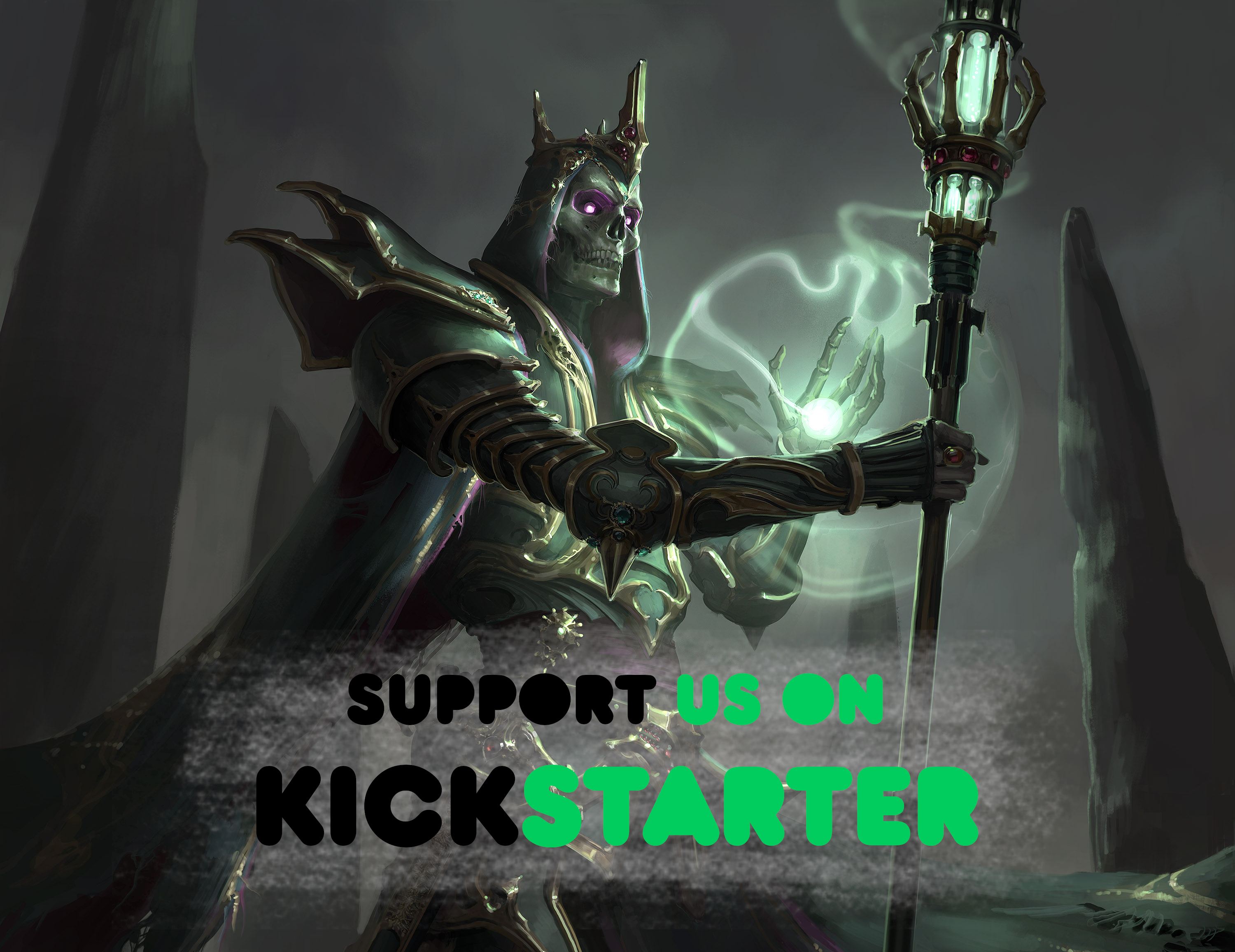 
A friendly reminder: while we deeply admire the contribution that mod authors make to our game, we would like you to remember that running custom modifications can lead to unexpected bugs and crashes. Unfortunately, if you encounter any issues while playing with mods, our team will not be able to help you. If this happens, please report these issues to the mod's original creator. Also, remember that after each game update, there is a high probability of previously installed mods not functioning properly. If you wish to play with mods anyway, disabling auto-updates might prevent your save files from becoming corrupted.
Share:

It feels like only yesterday we have released Pathfinder: Kingmaker. The game we put our souls into, the game of our dreams. And it is you, our community, who made it possible in the first place. We want to say thank you to all backers and supporters, for your passion, feedback, and patience. As you know, we always take work with our community very seriously. Especially with all the teasers and jokes (if you remember our first free DLC and announcement of announcement you will understand what we are talking about).

And with our next project – Pathfinder: Wrath of the Righteous – we want to bring work with the community to the next level. We will engage content creators, build a new forum for players’ discussions, held detailed surveys during alpha and beta tests, and put emphasis on feedback from our community. You will help us to shape the game, drive our vision and achieve the most daring ideas. And to accomplish this we will launch a new Kickstarter campaign. 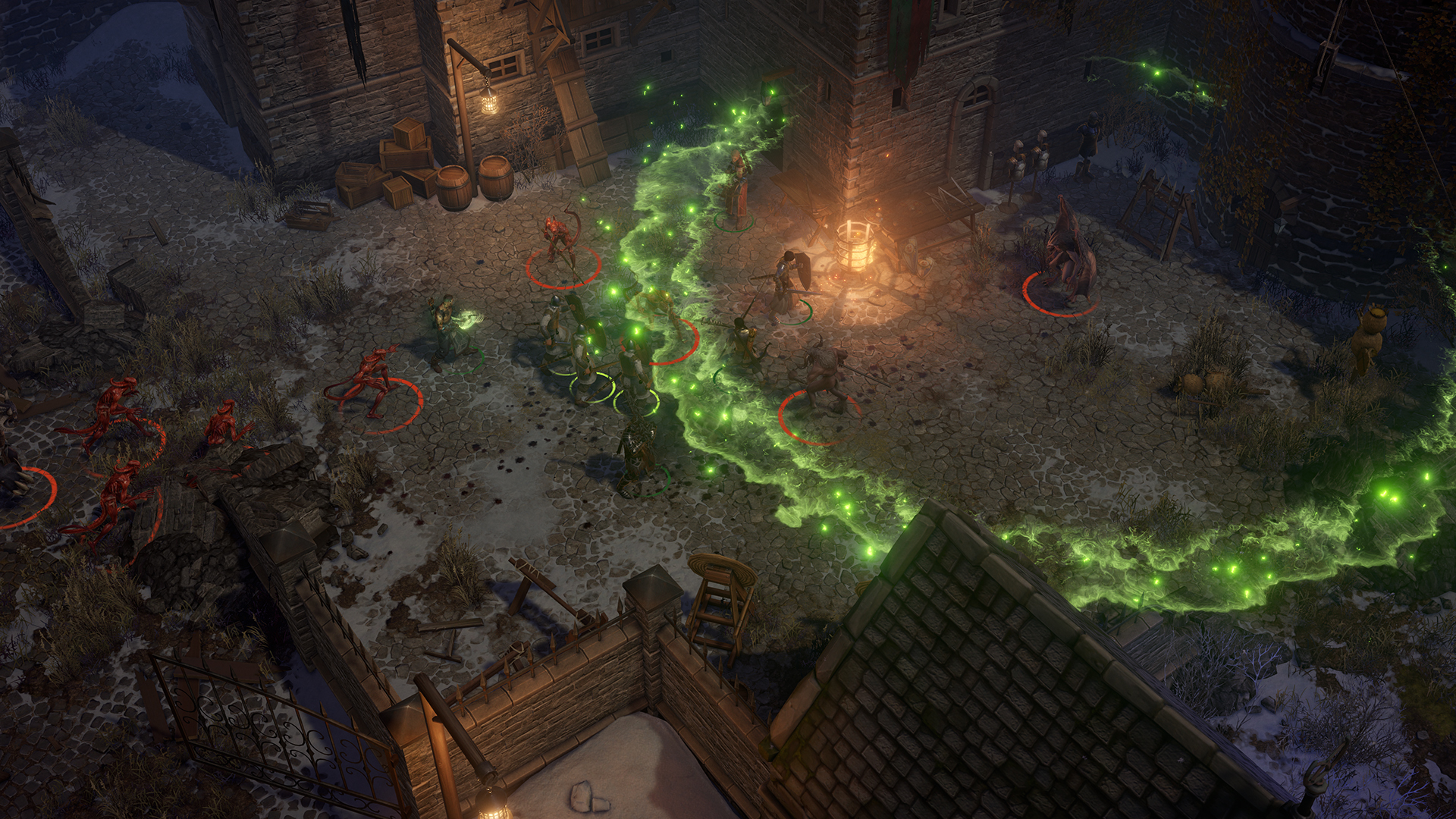 Why Kickstarter, you might ask? We want to make this adventure as epic as we imagined it when playing Wrath of the Righteous at the table. And, of course, we want our next game to become better than the previous one in every aspect. While we already have essential investments, there are a lot of things to add and improve. And you will be able to support us in this endeavour!

On February 4th, we will lift the shroud of mystery and share our creative vision, revealing all the main features we aim to deliver, along with the first gameplay video of Pathfinder: Wrath of the Righteous. And even more details are coming in the Kickstarter updates!

The time has come — the pen and paper adventure module “The Puzzle Box” is here!

We hope you enjoy the work of Chris Avellone and writers from our team, who created this adventure! And we are waiting for your stories from the game. We have social media accounts, read through steam and GoG forums, Reddit, we also have two Discord servers: one for Kingmaker, another one for Wrath of the Righteous. We’re waiting for your feedback on any of those platforms!

If the adventure is part of your game edition, you will find it in the “Digital Rewards” folder of Pathfinder: Kingmaker. If it isn’t — please, verify integrity of your game files. If it still won’t appear — please, create a thread about this issue in Bug Report section.

We also want to express our deepest gratitude to the testers, who ran several parties and provided a lot of feedback. Without them it would take much more time to playtest the adventure. Their help was invaluable.

And thank you all for your patience and support - this wouldn't be possible without it. 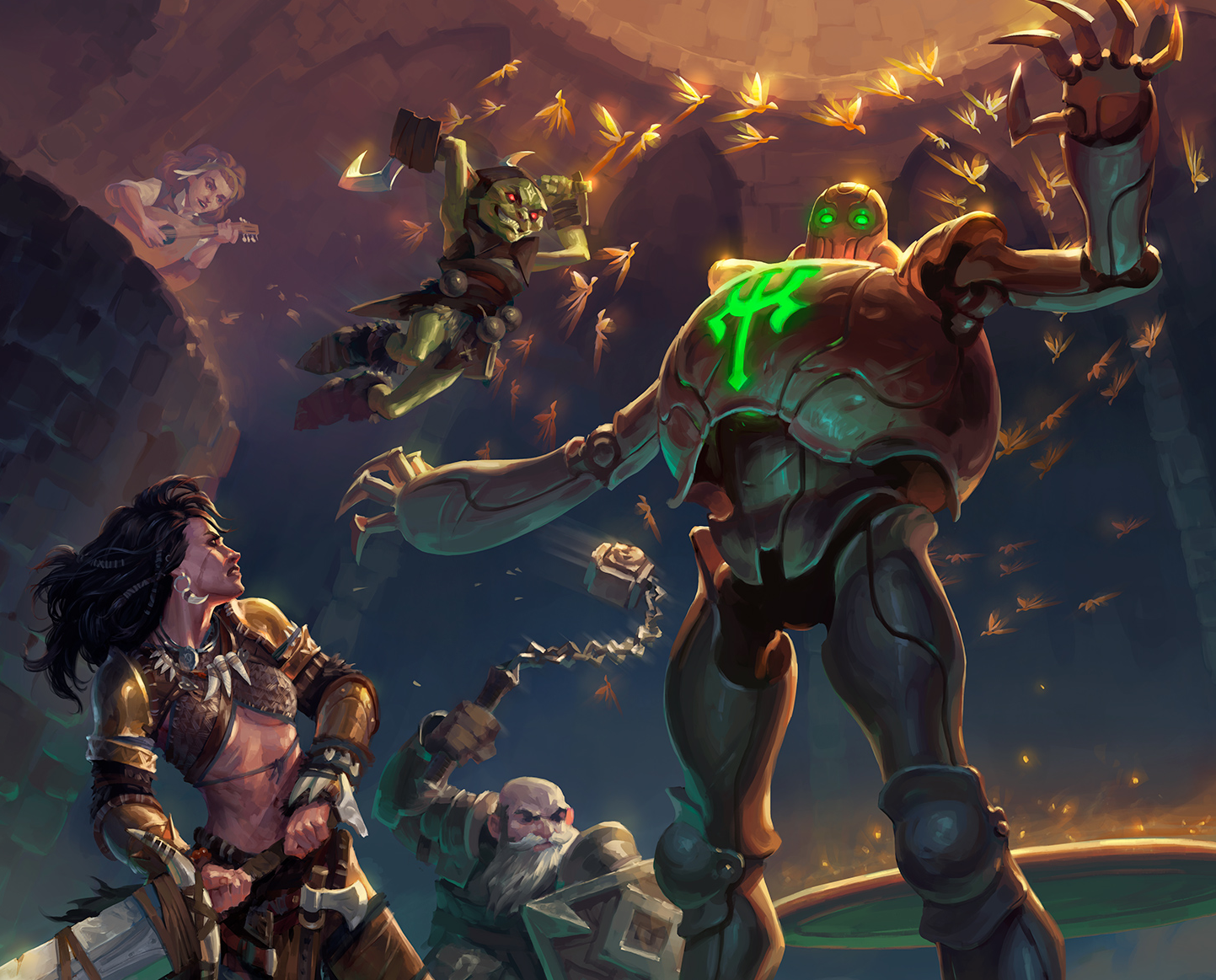 Digital adaptations of tabletop RPGs are still having a heyday, much to my personal delight. Owlcat Games are continuing on in that righteous work with a sequel to their 2018 RPG, Pathfinder: Kingmaker. There’s little to know about Pathfinder: Wrath Of The Righteous at this stage, least of all any hint at a release window, but Owlcat divulges a couple tidbits worth knowing with the announcement.

END_OF_DOCUMENT_TOKEN_TO_BE_REPLACED

THE NEW ADVENTURE – PATHFINDER: WRATH OF THE RIGHTEOUS
Pathfinder: Kingmaker - Enhanced Edition - Wooden_Dragon
We are excited to announce Pathfinder: Wrath of the Righteous today. With our new game, we are taking everything that made Kingmaker enjoyable and building on top of it. We laid a solid foundation and are going to push the boundaries of the CRPG genre with our next title. We especially want to thank our community for their support — we would not be making this game if it weren’t for you. 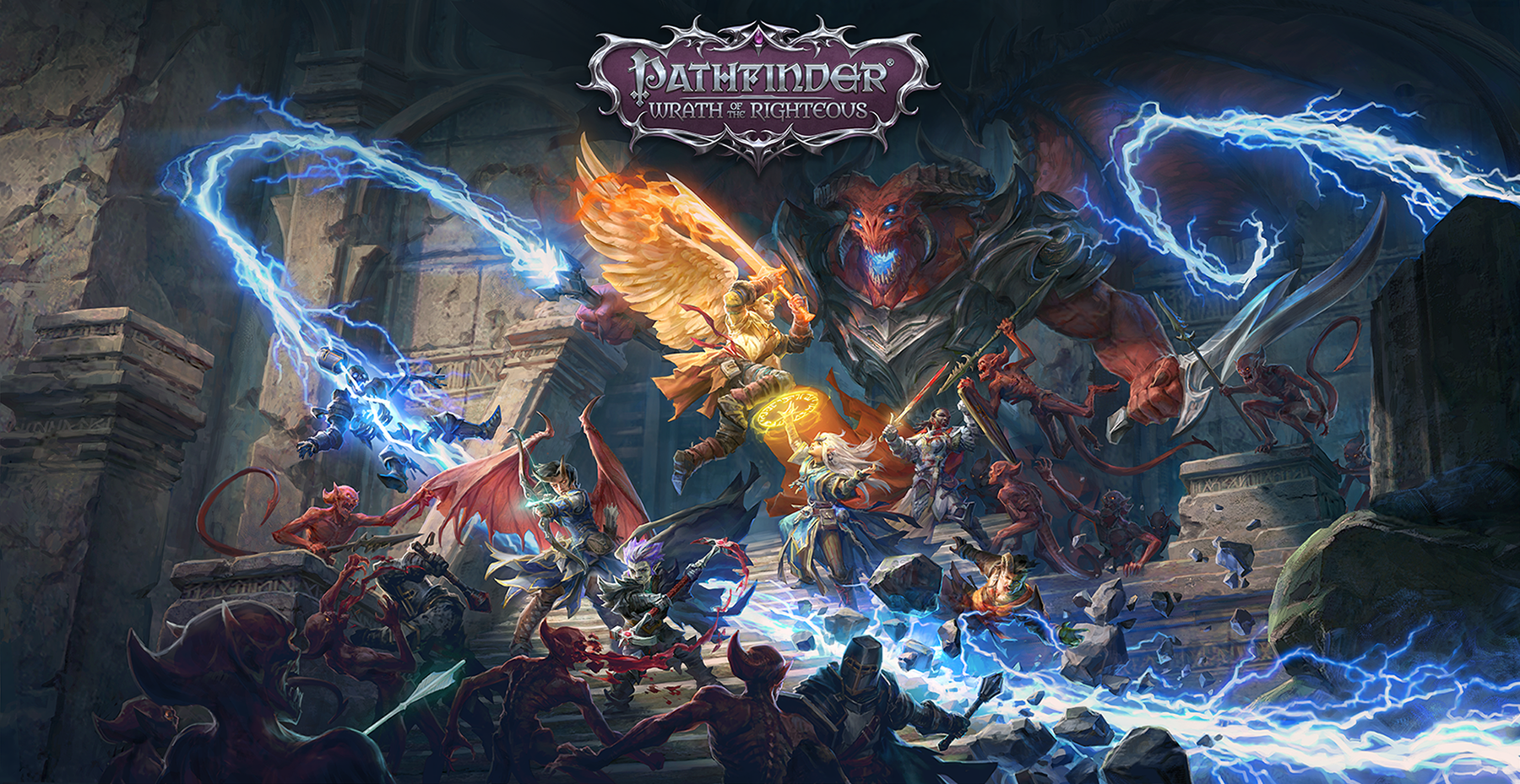 While not a direct sequel to Pathfinder: Kingmaker, Pathfinder: Wrath of the Righteous will expand and elaborate on the core elements of Pathfinder: Kingmaker. With such new features as the mythic progression system, a new corner of the Age of Lost Omens to explore, and more classes and character customizations drawn from Pathfinder's extensive history.

Pathfinder: Wrath of the Righteous is based on the Wrath of the Righteous Adventure Path from the tabletop game but includes new characters, plots, and elements to entertain even players already familiar with the adventure. It tells the story of a large-scale conflict between mortals and demons where players are invited to immerse themselves in a world under siege from demonic forces. As a vicious invasion threatens the world, the consequences of one’s decisions will forge a unique narrative of their personal battle between good and evil.

Kingmaker’s Creative Director Alexander Mishulin and Lead Writer Alexander Komzolov return to their respective roles. And we are happy to confirm that Chris Avellone is back on board lending a hand and supporting the narrative team as he did with Pathfinder: Kingmaker!

To stand against the demonic invasion, the player character and their companions will receive additional powers from the player’s chosen mythic path. These paths vary widely in nature and profoundly impact the storyline of the game, permanently changing the characters and the world around them. You may choose the path of the immortal lich, wielding powerful spells and commanding an army of undead; the path of the angel, summoning celestial allies into battle and meting bolts of divine judgment upon foes; or something else entirely. Or the path of the trickster, causing mischief and fun even in the middle of the demon-filled abyss, warping the reality itself and turning the dices into “natural 20” from “1” to score a critical hit.

We have also changed and adapted mythic paths mechanics for the computer game, to provide the best gaming experience we can. In the new game, you’ll find the mythic paths completely different compared to what you’ve seen in the tabletop game.

Some Pathfinder RPG character classes that didn’t make it into Kingmaker will make their CRPG debut in Wrath of the Righteous alongside the returning roster, including — but not limited to — the fan-favorite witch and oracle. We will reveal more classes and character options in the near future!

With an improved visual style, Pathfinder: Wrath of the Righteous will offer a look and feel distinct from that of Pathfinder: Kingmaker. Set in locations including a demon-infested wasteland, besieged crusader cities, and the foul, twisted Abyss itself, Wrath of the Righteous’s art will capture the epic fight of the world’s defenders as they struggle to hold the line against the corrupting force of otherworldly entities.

We will share details of the development process with the fans! If you want to be among the first who receive that sweet new update — follow us on social media or subscribe to our newsletter.

You can also discuss it on Steam forum.
Share:

We know well that the first playthrough of the «Pathfinder: Kingmaker» might be difficult for players unfamiliar with Pathfinder ruleset. We want to make the game more transparent for new players, so the start of the game will be better at teaching you the system and getting rid of the chore of googling unfamiliar things as much as possible. And who can help us better than our players? Your feedback was always important to us and we appreciate your input. So, if you want to help us improve our game, please, complete this survey. We want to know, what was unclear, hard and illogical during your first steps in Pathfinder: Kingmaker.

Attention, a serious issue!
Pathfinder: Kingmaker - Enhanced Edition - Mortheim
Dear pathfinders, we’ve found a problem you should be aware of.

Please, avoid respecing in the last chapter: «The Cursed King/Queen». A respec during this chapter might lead to the eternal unremovable Lantern King curse. If you are already affected by the bug, you can fix it by loading the save prior to the respec.
We are determined to fix the issue as soon as we can. Unfortunately, this may take some time.
Share: