With this update we’re releasing Ranked Teamfight - work your way up the leaderboards in a fast paced 3v3 mode! Face off against similarly skilled opponents with your friends, or queue in solo if you prefer.


Alongside the new mode, we’re releasing two new smaller-scale maps Arena and Truce, which will be the maps used in both Teamfight and Duel, and will also be available in the Deathmatch, Team Deathmatch and Skirmish modes. 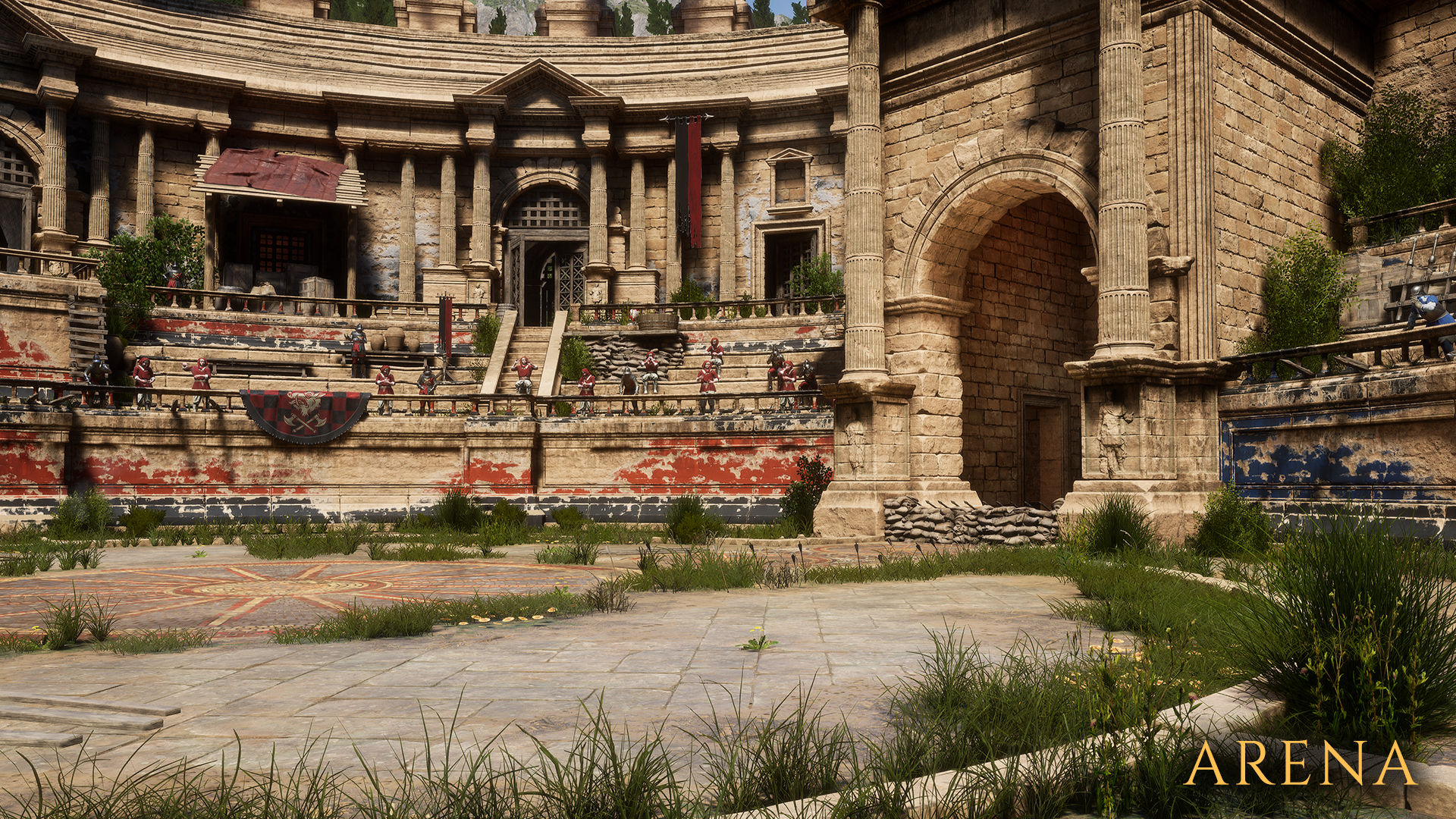 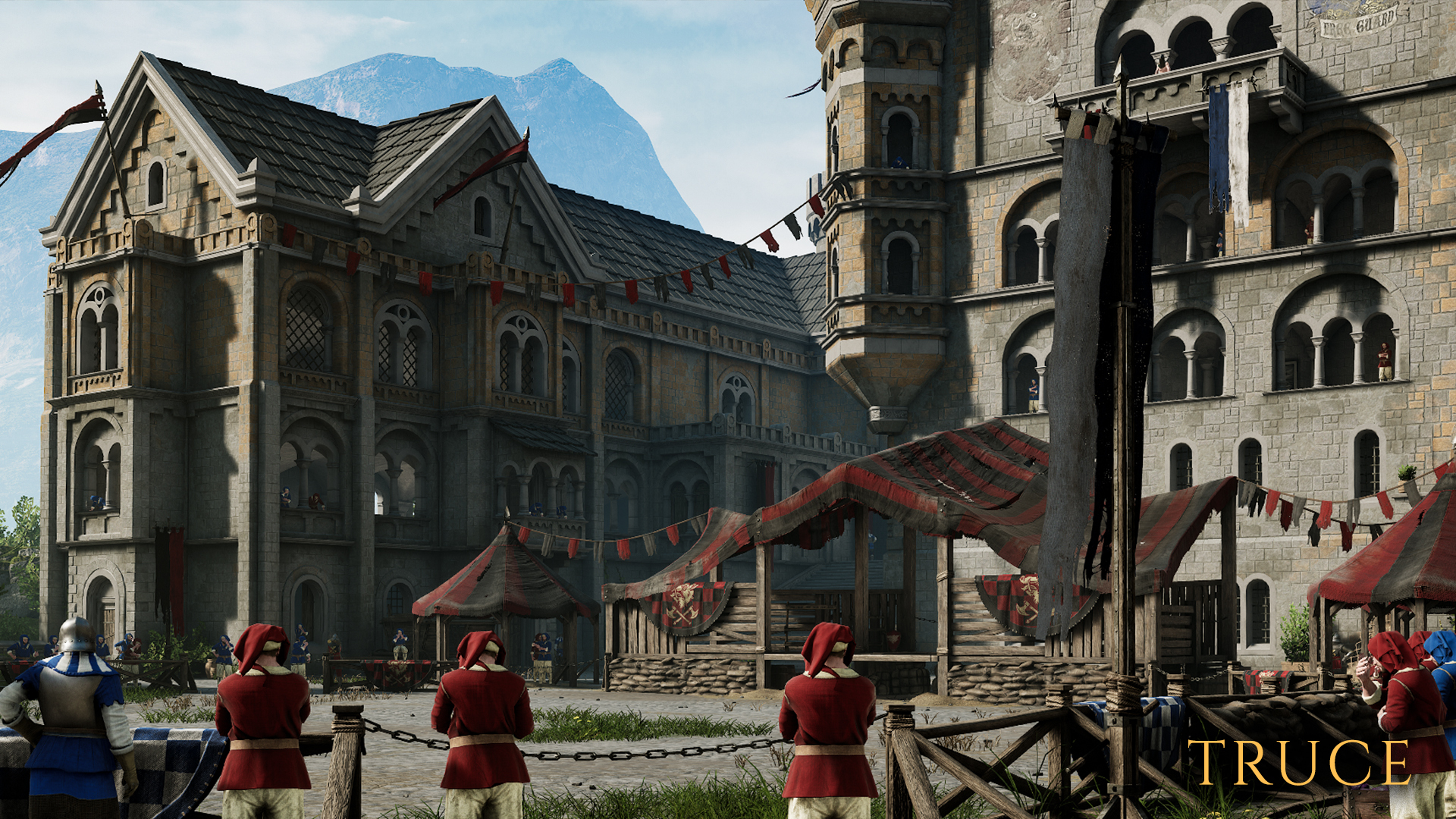 Say goodbye to the pillar! These are the new maps for ranked play: Arena and Truce.


Many players have been asking for a smaller scale, faster paced game mode; to address this feedback, we've decided to release the Brawl Mixed playlist! This matchmaking option features 16-player Deathmatch, Team Deathmatch, and Skirmish on smaller maps.

To ensure player populations remain at an acceptable level, the Brawl playlist will be replacing Battle Royale. Unfortunately, BR has been sparsely populated, with about 0.3% of our players participating in matches. This being said, Battle Royale will be available for community servers to host.

This update also contains over 60 new cosmetics, a new weapon the Falx, and 6 new perks that will let you mix up your playstyle. 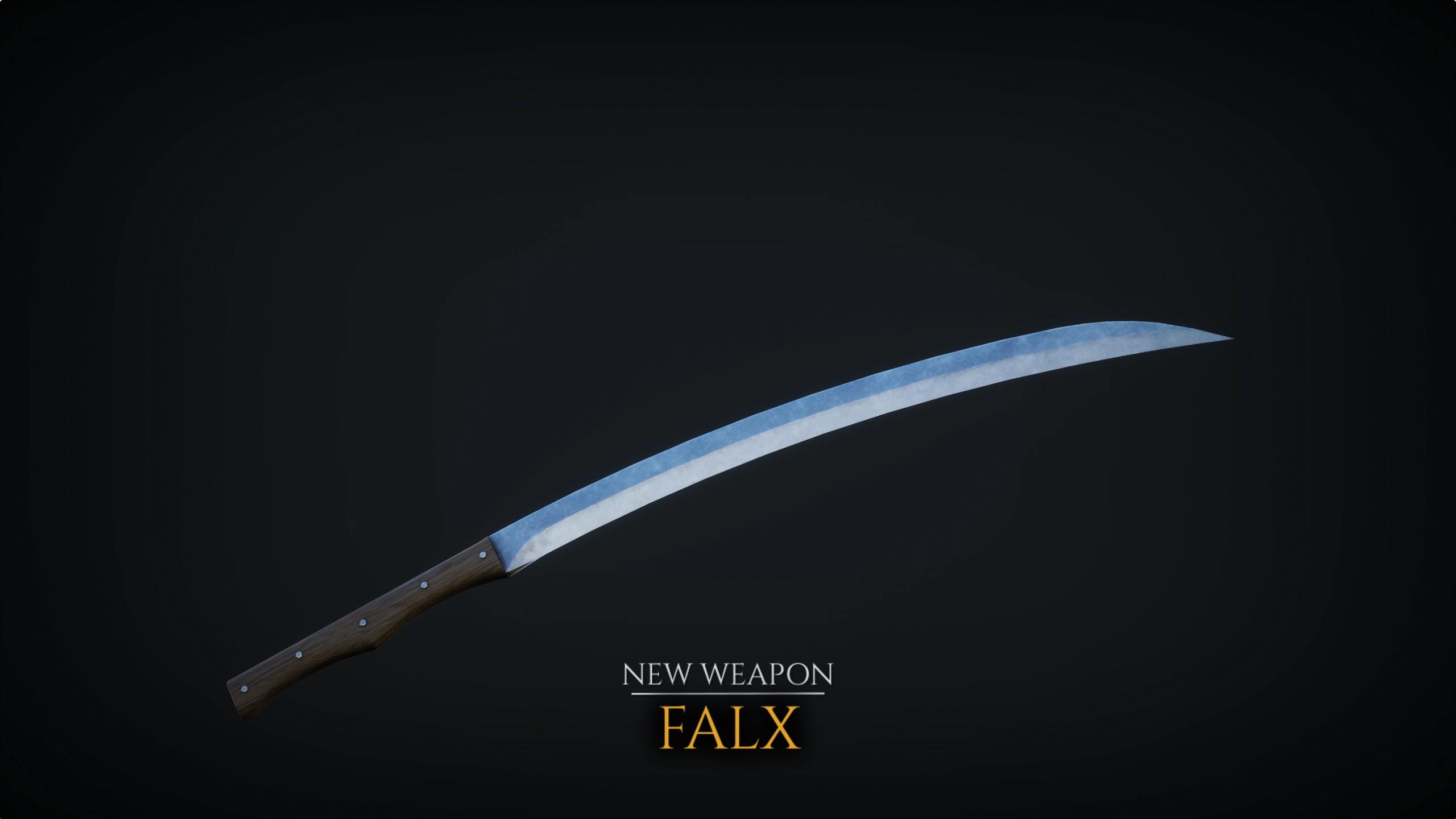 Watch out for the high damaging strikes of our latest weapon, the Falx! 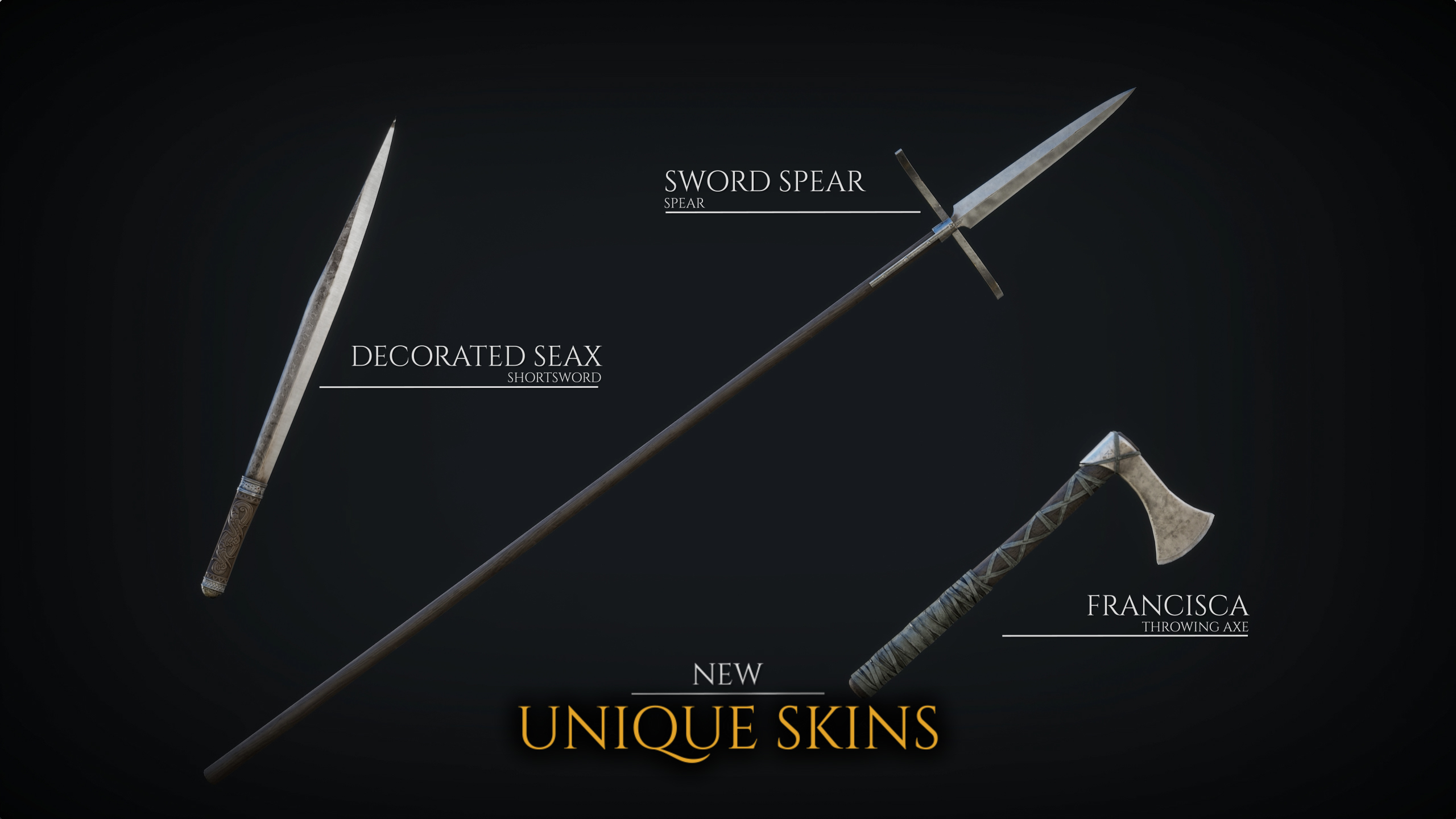 A handful of fresh weapon skins to spend your hard earned gold on!


As always, a plethora of bug fixes, improvements and combat balance changes are also included in this patch. Of particular notability are improvements to the time needed to start up the game, the server browser and the mod downloading process. We have also taken further steps to reduce the issue of erratic spinning outside of combat actions and the readability of stab attacks.

Patch #18 Hotfix 1
MORDHAU - elwebbaro
This Hotfix addresses a variety of bugs and issues that came forward with the latest patch.

P.S: Servers might take a little while until they are back up again!

MORDHAU Patch #18
MORDHAU - elwebbaro
Patch 18 is here!
Coming with this update is a variety of content and gameplay additions - starting off, we hope you'll enjoy our newest weapon, the Polehammer. This weapon features high damage coupled with considerable reach, although it's definitely not the most agile - make sure to keep a backup for close quarters! 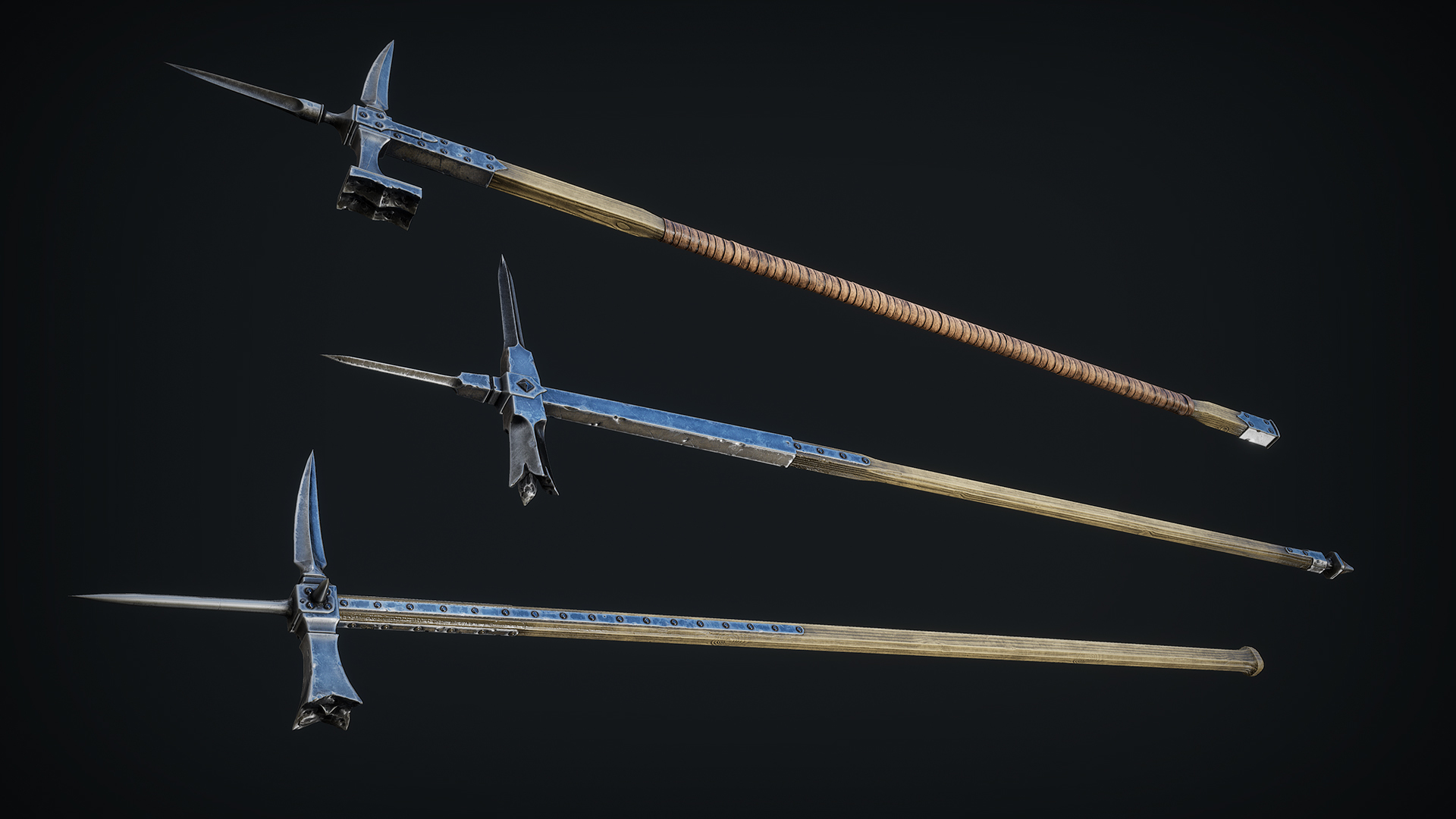 A new weapon - the Polehammer

That's not all, however, as Viking-lovers haven't been forgotten - make sure to give the new Round Shield a go for some serious defensive capabilities. 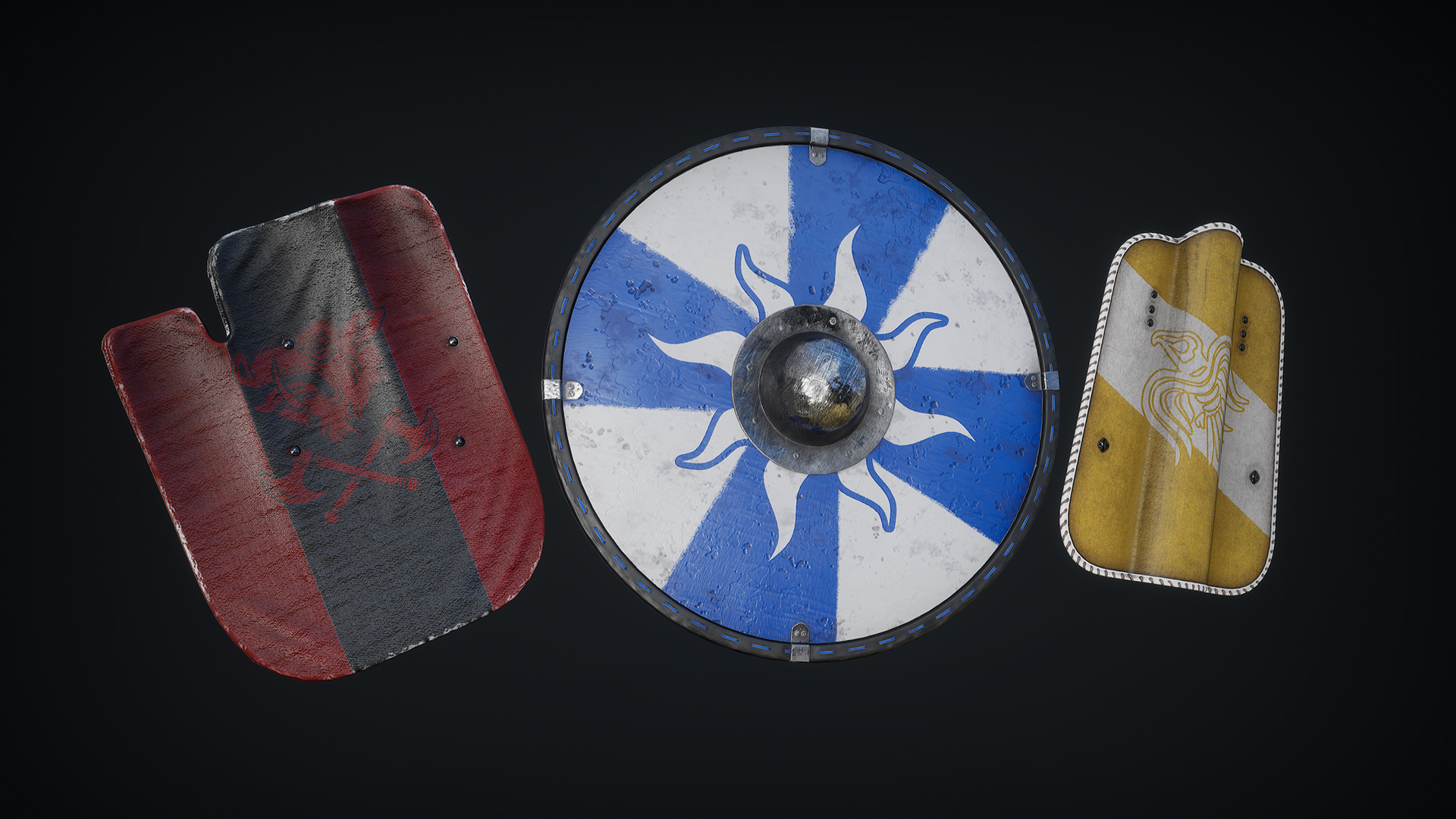 All new Round Shield + skins for the Heater and Targe

Aside from weapons, we've added quite a bit more in terms of new cosmetics to the game, improved server stability and optimization, some minor horde improvements, and of course a host of balance and gameplay improvements. Also, 80-player Invasion/Frontline servers will be making a return for select regions as well. 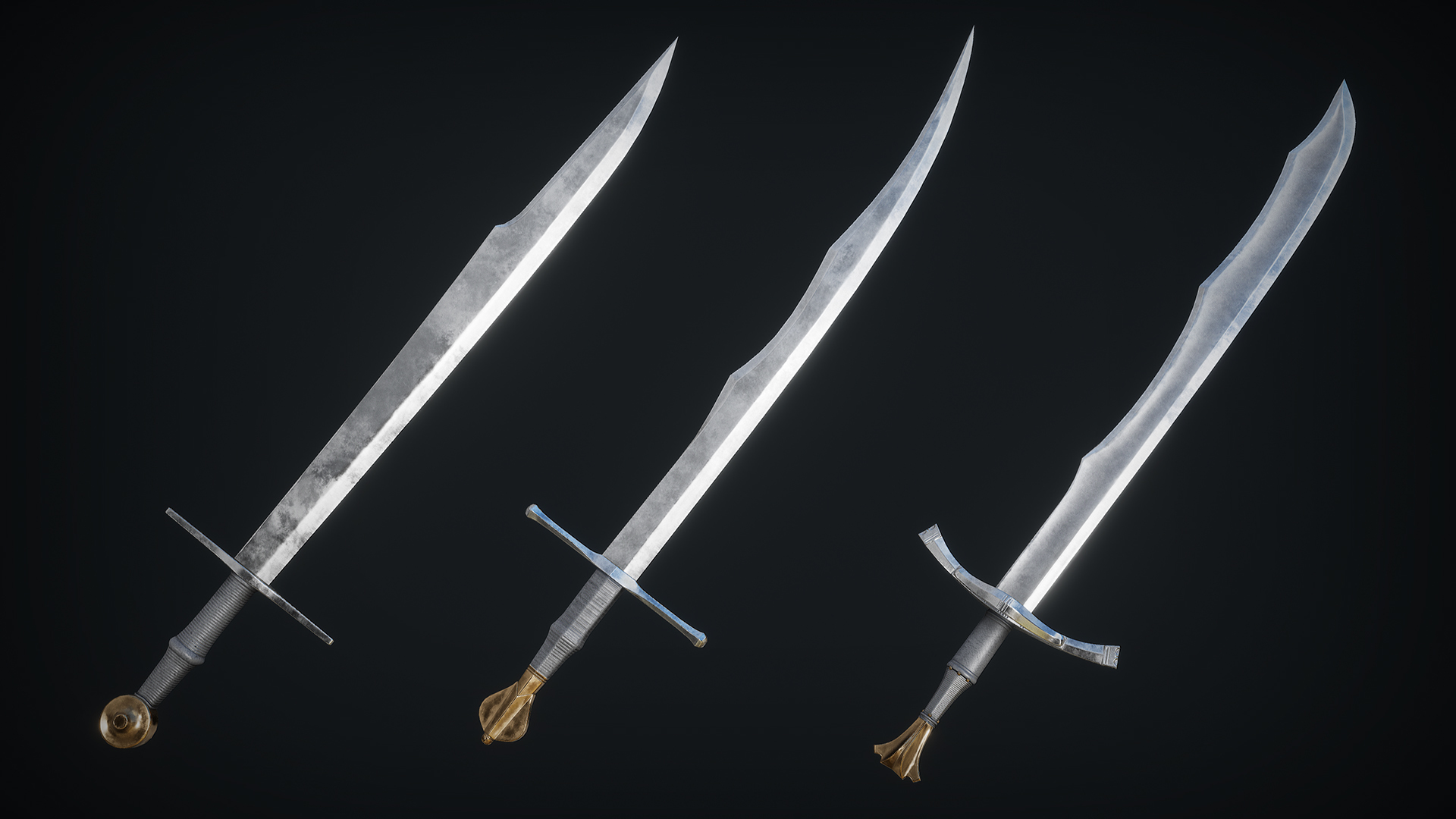 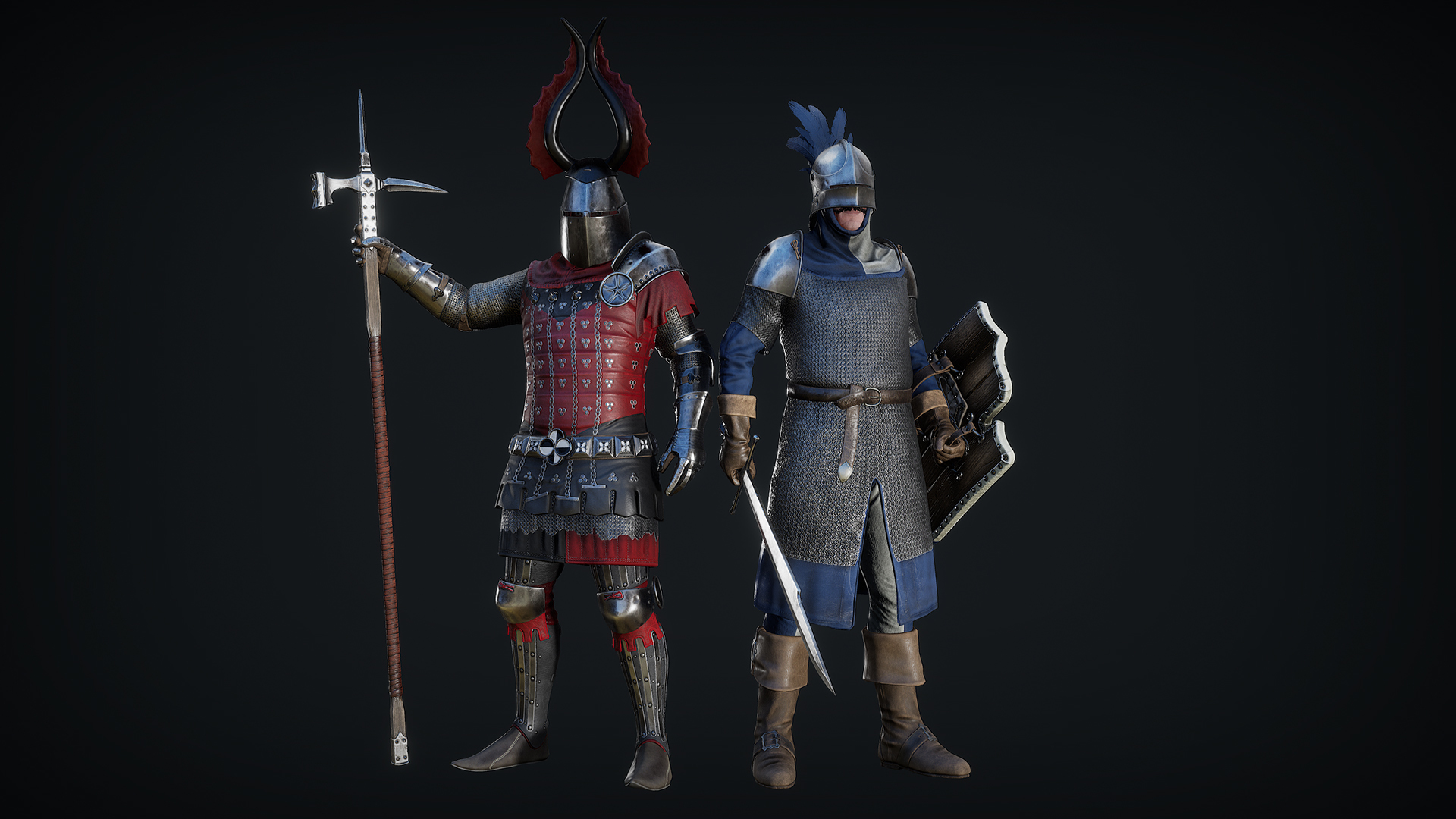 Assortment of some of the new cosmetics

While there aren't a ton of major changes this update, there are quite a few minor improvements that we believe you'll enjoy! Make sure to check out the full changelog below. Have fun!

We have also added some new emotes!

This anniversary video is a look back to all the added content, maps, gamemodes and cosmetics over the span of a year.
To celebrate this occasion we are also offering a discount all throughout the week (27.04.2020 - 04.05.2020) at 33% off!

Thank you for playing and enjoying Mordhau for these past 12 months. We hope to see you around in the future as well!
Share:

Third person ranked update & 64 player server information
MORDHAU - crush
We have heard your complaints and rolled out a new server update that re-enables third person camera in ranked mode. Ontop of this we are looking into ways to bring back 64 player servers and more choice for players to choose their desired playercount.
Share:

Patch #17 Hotfix 3
MORDHAU - elwebbaro
This hotfix introduces several tweaks to game balance and also contains CPU performance improvements. In addition, we are consolidating our Invasion/Frontline/BR servers to 48 players per server, as we feel this is a better number when it comes to the gameplay experience. Since we know some players enjoy chaotic large-scale brawls, we are setting up a couple server-browser exclusive 96-player servers, search for “experimental” in the server browser to find these. Please note, that the 96-player servers are experimental and we will be monitoring them to see how they perform.

Patch #17 Hotfix 2
MORDHAU - elwebbaro
The second Hotfix addresses various things such as Invasion balancing for Castello, Crossroads and Mountain Peak, as well as some other gameplay and UI tweaks.