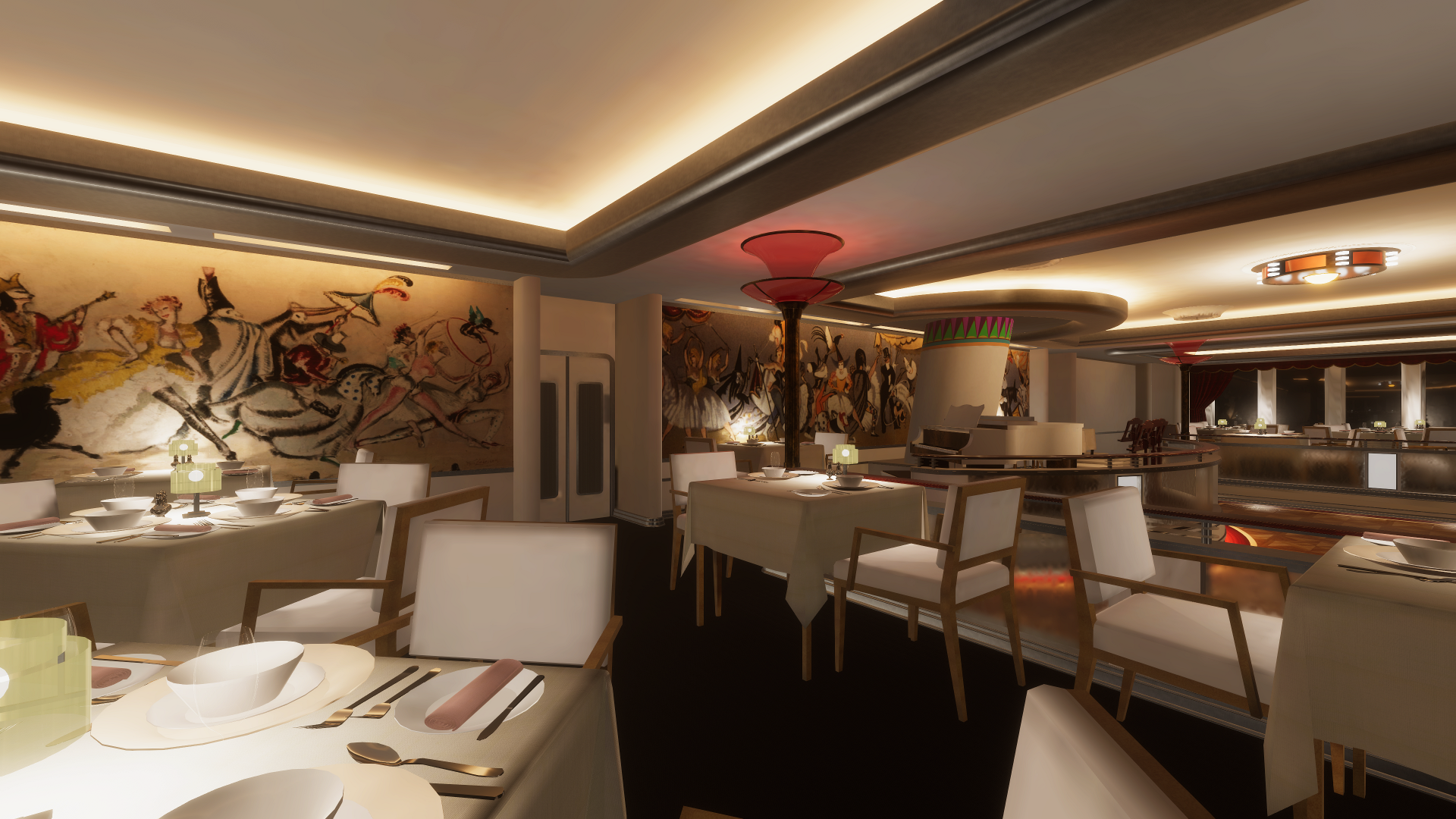 I took a break from my current project to put together this little gem: a VR version of RMS Queen Mary's Verandah Grill!

It was fun to play with Unity's new High-Definition Render Pipeline, which as you can see produces some lovely results.

It's a separate download/executable from Magnificent Ships, but I thought it worth mentioning for the fans of her here. You can download it from my website: https://vroom.space/verandahgrill/ 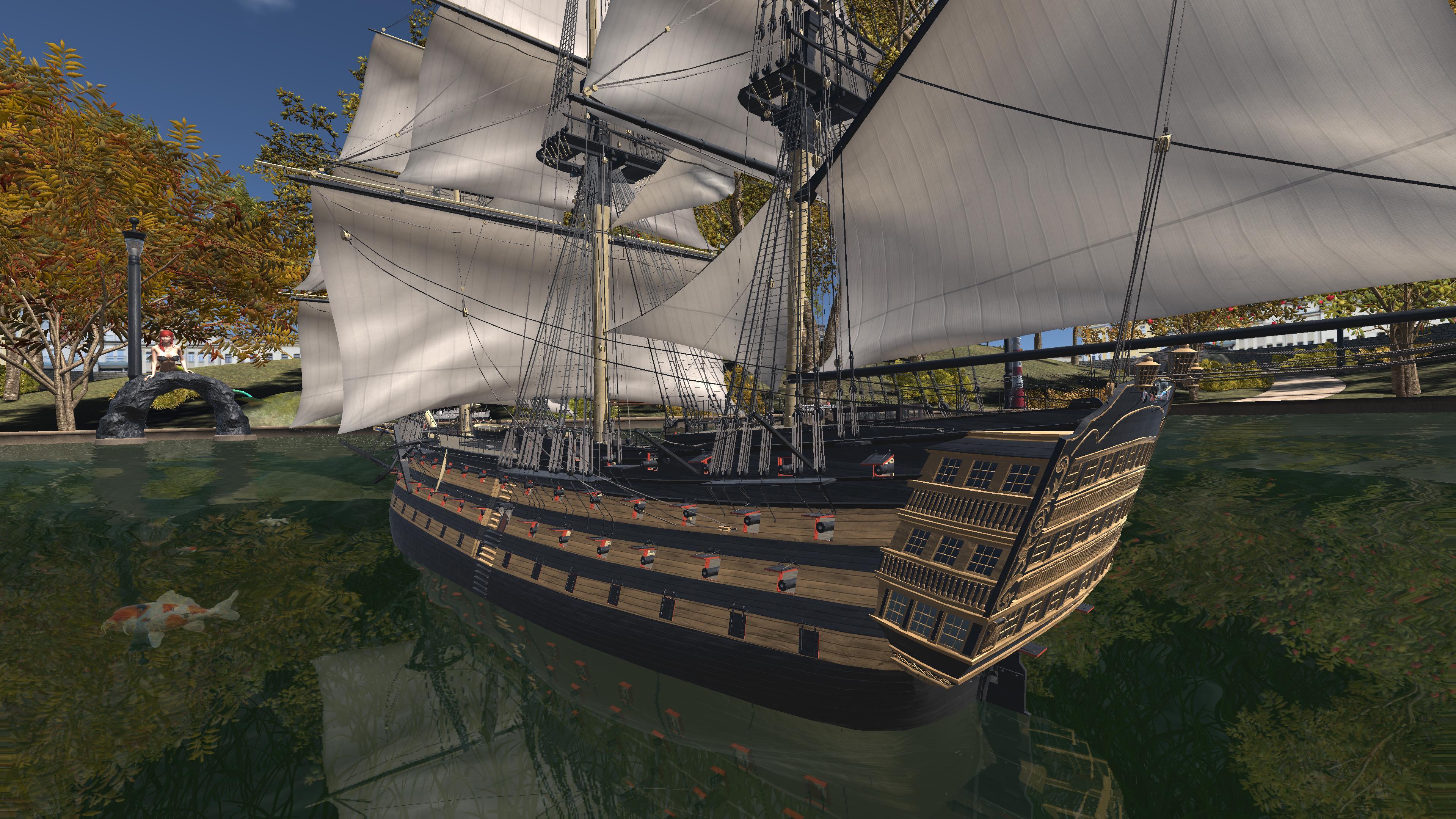 You can now remotely pilot each ship in "model scale" upon the surface of a physically-responsive lake that reacts to ship movement. I've taken care to ensure each craft physically operates as much like a real-world version would, which was a challenge given current VR-rendering framerate requirements.

The ships are spread around the edges of the lake to keep performance high, and only two are allowed on its surface at once (one per controller). You just grab a ship with a controller (or "tractor-beam" it to your hand from across the lake) and toss it in to begin controlling it using Vive's touchpad or Rift's thumbstick.

I also added a few fun interactive elements on the lake, including a mini-game where you compete against a "ghost ship" to see who can ram the most buoys. Can you get all five?

Be advised: I adjusted a lot of the quality settings and don't have much to test on, so you may want to test which works best on your system. To do so, just press a number keys from 1 to 7. (7=highest, 3=default)

I changed and added a lot of code, and there's only so much testing one person can do, so if you find a bug kindly let me know in the discussion area how to reproduce it and I will fix it ASAP. Thanks!

Here's a full list of changes for this version:
- Added a boating lake, miniaturized all ships, and made them controllable when placed upon it!
- Changed Seawolf's propulsor model to more-accurately reflect what's publicly available.
- Added bow-spray to Iowa and Queen Mary.
- Reduced polygon count on Queen Mary, Iowa, and ABQAIQ.
- Changed propeller bubbles to better mimic cavitation patterns.
- Reduced flicker and improved shadows, but they are now disabled in "default" quality. (i.e. won't run on a GTX 970)
- Better reflections when viewing underwater.
- Improved numerous materials and textures.
- Reduced size of player collider and limited it to just the camera.
- Added stabilizers to Queen Mary 2 that rotate to counteract roll.
- Submarine's hull now gets wet when immersed.
- Adjusted buoyancy of ships to react faster to wave changes. (Works better when waves are larger now.)
- Weather changes are now random outside of the six hourly "presets" for each ship.
- Compiled using IL2CPP runtime with Unity v2018.2.14f1.
Share: 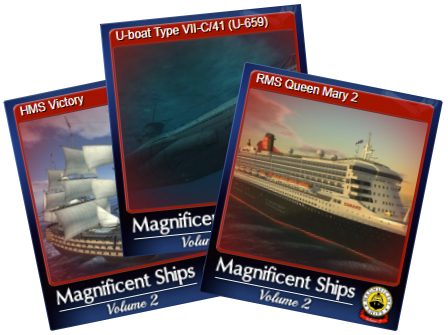 I didn't particularly care for Steam's Trading Cards until playing-around with them this weekend. Turns out they're kind of fun!

So, I just had to make some for both volumes of Magnificent Ships!

I'm happy to report that they are now live on Steam! Enjoy!
Share: 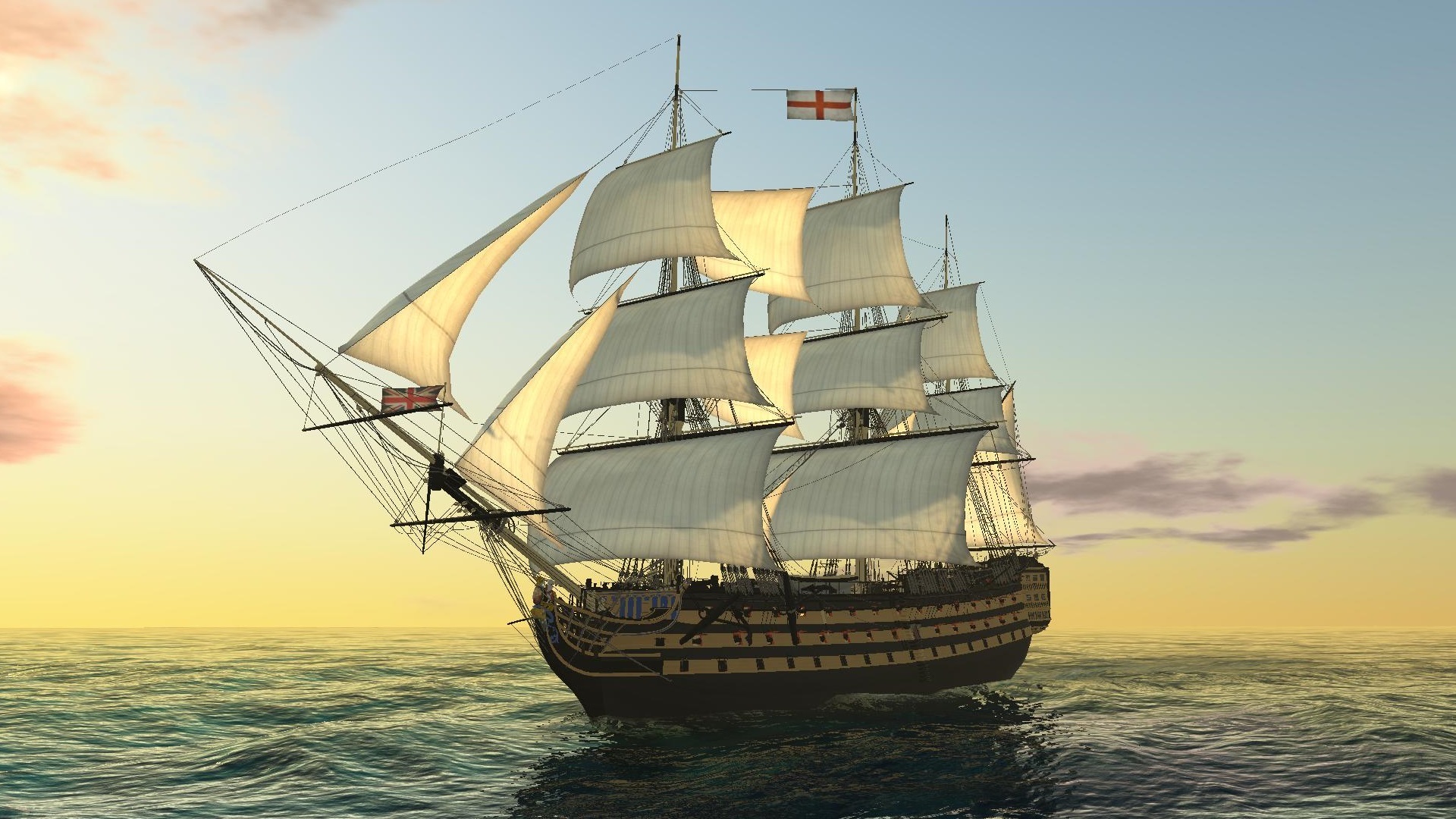 Oculus and Touch are now fully supported (via SteamVR)!

Here's the full list of changes:
- Added Oculus and Touch support.
- Improved HMS Victory's sails.
- Reduced player momentum when stopping using only one controller.
- Fixed a few geometry and texture details.
- Reduced installation size and loading speed by crunching textures and compressing objects.
- Fixed issue with some sounds causing a stutter the first time used.
- Enabled global fog on the horizon.
- Code is now in parity with Volume 1, so I've increased the version number to match.

Apologies for the delay; real life has a way of interfering with one's hobbies. I'm still hoping to finish the "top secret super cool feature", but am unable to provide an ETA as my financial situation is currently in flux. However, this release brings the code-base between Volumes 1 & 2 into parity, so the feature should be relatively straightforward to add to both at the same time, thereby reducing my workload a fair amount.
Share:

Just Released: Volume 2!
Magnificent Ships: Volume 2 - kideternal
If you enjoy looking at ship models, this VR experience is for you! View some of the highest-detailed ship models ever created in the comfort of your living room. Simultaneously save the environment and millions of dollars in expenses by owning virtual versions of the world's most magnificent ships. ;)

Graphics quality can be adjusted via the #1 thru #7 keys on your keyboard. (1=lowest, 7=highest, 3=default.) I tuned performance to (just barely) maintain 90FPS on my GTX 970.) Additional keys/info in the Readme.txt.

I love working on this project and hope it brings you much happiness!
- Wm
Share: