For full details and screenshots, check:

Create columns of ice to block movement or line of sight. Raise units up and over cliffs - granting attack vision or opening up shortcuts. Enemy unit about to get healed by a healing tile or capture a control point? Freeze the tile.

The Icer is an awesome utility unit, adding even more unit synergies and tactical plays.

With the ability to jump over units and obstacles, the Jumper is the perfect unit for quickly getting around the board. Its attack knocks surrounding units backwards one tile, making it it great for moving other units into position and controlling the board.

Since launch, we've received more feedback about this unit than anything else in the game. Players felt the Booster was overpowered, and that it was a required pick for squads in almost all cases.

We agree, so it's been reworked completely. It's still super useful, but in a completely different way.

As always, we'd love to hear your thoughts on the new version after trying it out for a while.

We've made a bunch of other adjustments and tweaks in this area.

The online leagues and rankings will be reset after the update is released, and a new season will begin. The top 100 players for the season will be listed online for all to see. Stay tuned!

These appear after clicking to move or attack, and prevent accidentally issuing unit orders. They can be turned off in the options, if preferred.

Hidden tile and path highlights now show through tiles, and can be interacted with - reducing the need to adjust the camera.

Pressing TAB will now switch between the default view and a new, top-down, tactical view.which units are hidden behind tiles.

There's a new camera mode that will zoom and pan between selected units - this is disabled by default, but can be turned on in the options. 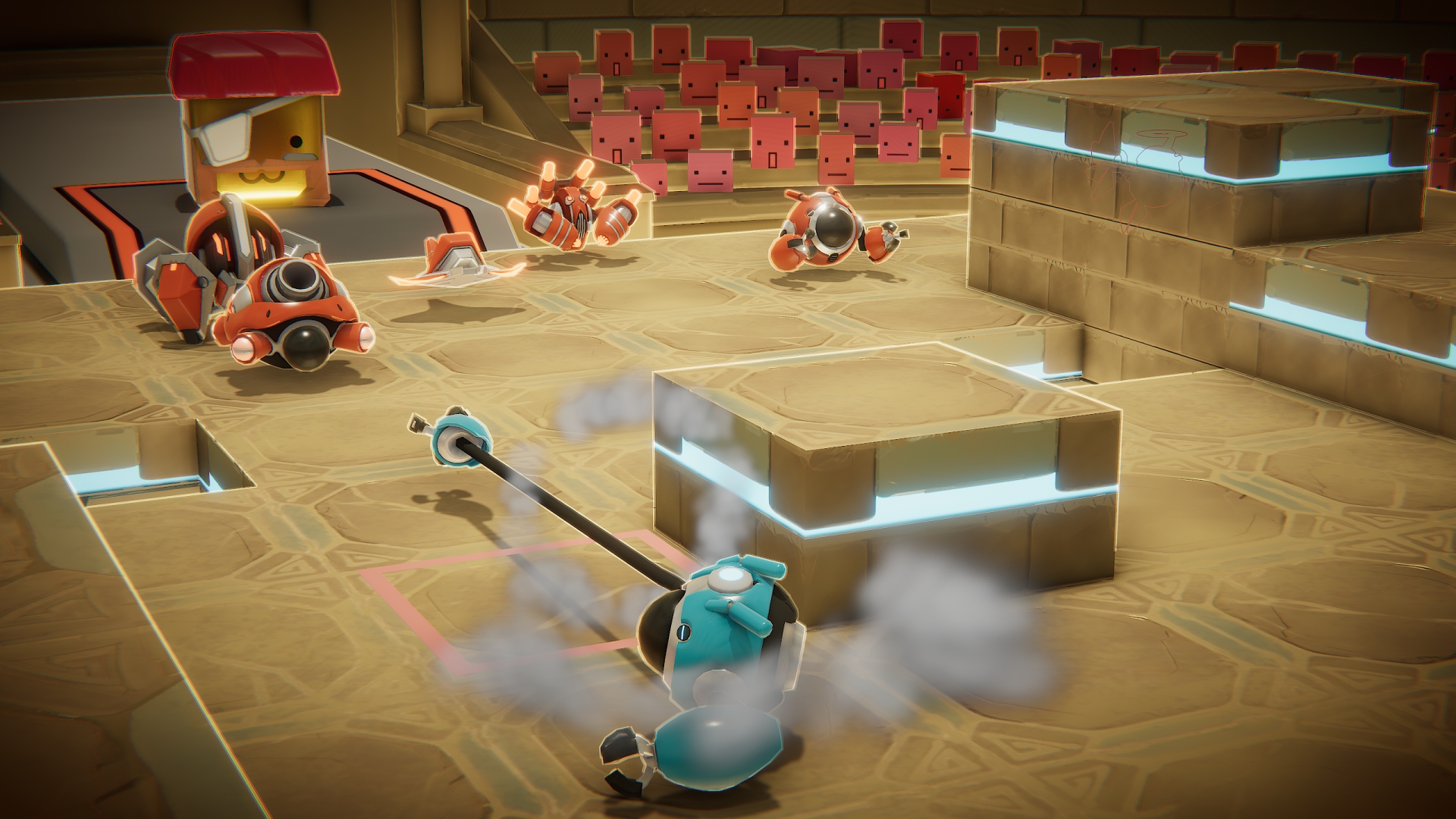 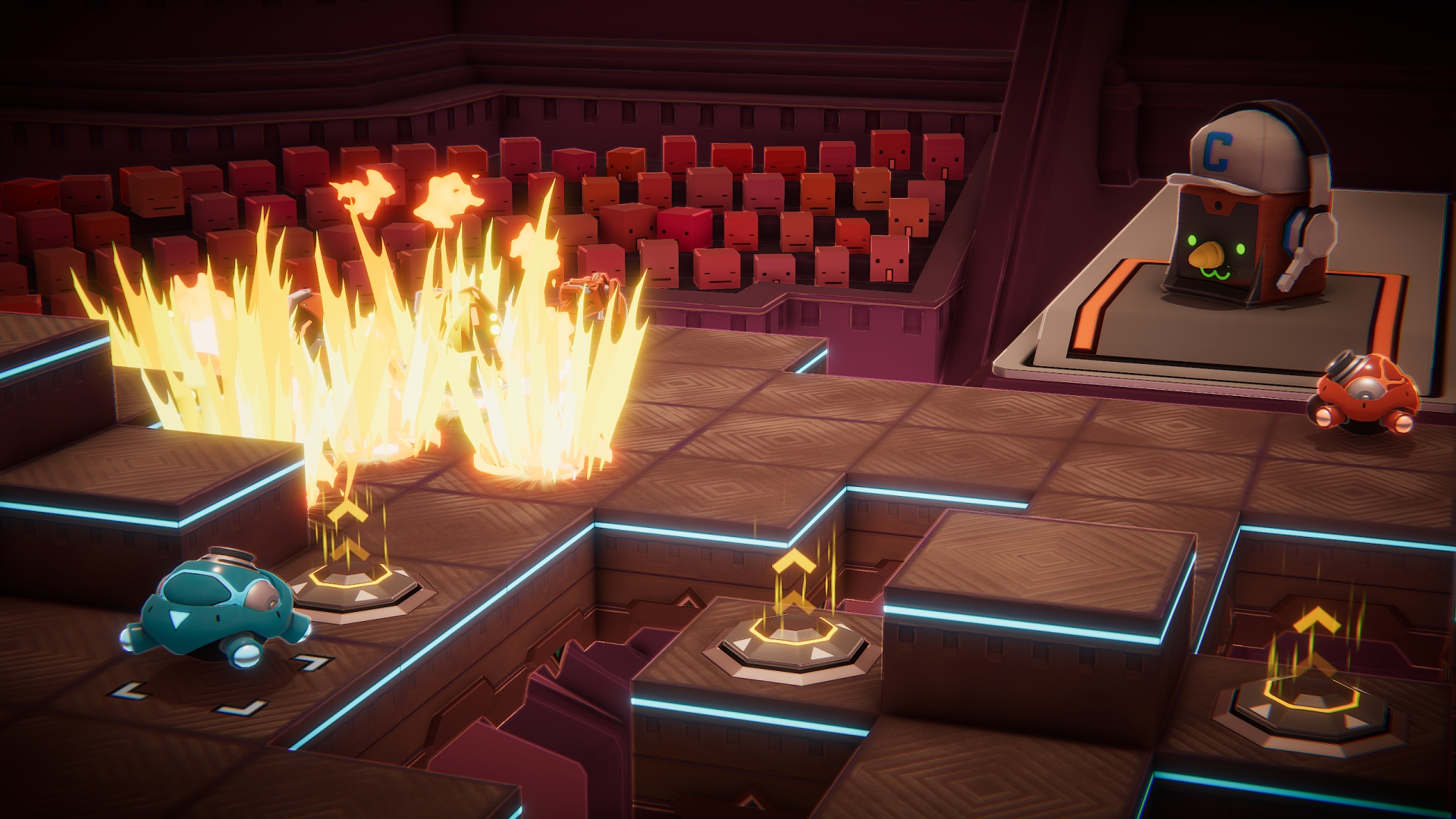 Here it is: the first official Clatter patch since we launched. Thanks to everyone that’s taken to the servers to build squads and challenge the leaderboards. We can't wait to build on what we already have. In fact, we've already begun. We’ve added a roadmap for what we're looking to work on in the future, and we've just updated the game.

Into The Breach was fine and all, but it didn’t have nearly enough robots. Not proper ones. Fortunately, Facepunch – the Rust and Garry’s Mod devs – have made a game about fighty non-oxidised robo-pals. Clatter pits robo-teams against each other in primarily multiplayer matches, playing a turn-based future-sport put on for crowds of smiley-faced cubes. I’ve had one game so far, and it seems promising.

END_OF_DOCUMENT_TOKEN_TO_BE_REPLACED

Surprise! There's a new title by Facepunch in the pipeline - and this one looks very different to Rust and Garry's Mod.

Breaking from sandbox and survival games, Facepunch is now venturing into the world of strategy games with Clatter: a cartoony "arena tactics game" featuring bouncing robots and cubes with moustaches. Players can command "customisable squads of fighting robots" in either multiplayer or solo matches, although the game has apparently been designed with the latter in mind. The robots each have their own strengths and weaknesses, and with names like "Grabbers", "Flippers" and "Mortars", it's pretty easy to guess what they do.

According to the press release, there are two main match modes - deathmatch and control - which can be played on an "ever-changing roster of maps". There's also a career mode which requires players to build their team across a season's worth of matches. Like if you combined Football Manager with Wall-E.

Facepunch Studios may be best known for Garry’s Mod and Rust but for years they’ve experimented with other games, and another is about ready to launch. The turn-based tactical robotfights of Clatter will arrive in December, Facepunch have announced, sending bots to bash each other to bits in arena battles. Facepunch say the focus is multiplayer but it will have a singleplayer career mode too, and it all looks a little something like this…