Update 0.4 - Bells, levers and hyperactive slimes!
Depths of Limbo - Evgiz
Hi everyone, its time for another Depths of Limbo update! This update includes a new special rooms and a new enemy type. Performance should also be improved on older systems.

Here are the patch notes:

Update is live on windows, and will roll out to Mac and Linux later today!

If you find any bugs or issues with the new patch, please let me know!

Plus many other small tweaks, bugfixes and balance changes! 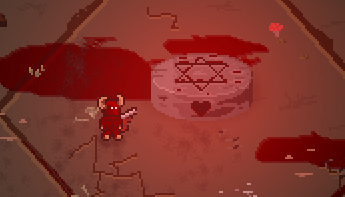 Hopefully it works well for all you Linux people out there.
If you have any issues, please let me know!

Its been almost a week since release, and its great to see so many people enjoy the game so far. This update includes a minor new feature (chests with loot!), as well as balance changes and bug fixes. Many of the issues targeted by this update were pointed out by you guys, so thanks so much for your involvement!

Here are the full patch notes: