Update! Crossplay with Epic and a Searchable Server Browser
For The King - Jay-Nic
Greetings New and Old Adventurers!

We’ve had a recent influx of new players from the Epic Store, and needless to say we were a bit overwhelmed.
But fear not! We’ve made some improvements to the Lobby by adding better sorting and a much needed search function.

There are still some issues with some games not showing up initially in the Europe Server so you may need to hit refresh to get the most up-to-date list of games. We’re looking into a fix for this. As a thanks for all the new players, we’re unlocking ALL the seasonal goodies in the Lore Store for the next 2 weeks. You’ll need to actually purchase them in the Lore Store to keep them unlocked, so get out there and start banking Lore!
Share:

We’ve had a recent influx of new fodder adventurers so to show our appreciation we’ll be temporarily unlocking ALL SEASONAL UNLOCKS for 2 weeks. So if you’re the completionist type, or just really want to play as a Merling with Angel Wings and a Santa Hat, make sure you purchase the special unlocks from the Lore Store within the next 2 weeks.

We’ve also received our shipment of For The King Art Books for our Kickstarter backers, and they look amazing! We order extra copies which will be available via our website. This is a one time very limited run, so if you’re interested, head over there now to check them out. 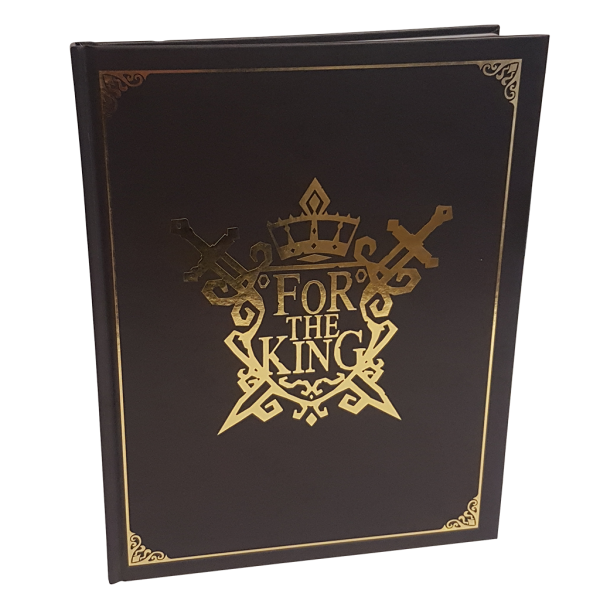 120 full color pages with a gorgeous matte black cover and gold foil logo make this the perfect coffee table book. Inside there’s tons of images from early development onwards explaining our processes and showing off some never before seen concept art and fully rendered spreads.

Update - PC Platforms compatibility
For The King - Jay-Nic
Hey all!

This is an update that has been very detail oriented and slow to produce... But it's mainly to focus on compatibility between our various PC Platforms/Store Fronts.

For those that have the game on the Microsoft Store right now as part of PC Game Pass: you will have noticed that you could not play with your friends on other stores. This was always temporary - and now it's fixed - pending certification from the MS Store.

Release Schedule
The goal from here on out is to ensure that all PC platforms will play with each other.

Other Updates
We've added more weapon items in Hildebrant's cellars goblin merchants at the end the floors. This should alleviate some RNG of not getting a more up to date weapon. On the MS Store build, it will no longer show the log in screen each time you get back to the main menu. We've also added chat support back to the MS Store build, and it supports your mute/block lists for other MS Store users. We've also fixed a bunch of little bugs here and there - but mostly: the time has been spent altering little bits of functionality/usability that were needed to pass certification for Microsoft Store and Origin - this resulted in a lot of back and forth and time-delays.

Consoles
Our hired console porting company is still working on fixing things on their end... We really are pushing hard to keep things moving, but there are big wheels turning that we simply don't control. We are sorry for the inconvenience that some players are having on the consoles and we really want the issues addressed just as bad as the community.

We hope your summer months have been great!

Microsoft has announced a fresh batch of titles coming to its Xbox Game Pass subscription service this month, on both Xbox One and PC, including the likes of Metal Gear Solid V: The Phantom Pain, and Killer Instinct: Definitive Edition.

Rounding off the month, on 25th July, are Shinji Mikami's survival horror classic Resident Evil 4 (Xbox One), superb tabletop RPG rogue-like For The King (PC), and Killer Instinct: Definitive Edition - which includes all 26 characters from Seasons 1-3 - for both Xbox One and PC.

Minor update
For The King - Jay-Nic
Hi all,
A minor update today. Mainly for some edits to some localization, as well as a back-end file size update.

We've got a nice juicy update for you today. Lately, we've been focusing hard on console ports, and that's taken up a lot of time.

But all the while we've been slowly working on some balance changes, and quality of life upgrades.

Let's get into some specific highlights.

New Languages!
Japanese, and Korean localization have been added!

Boat Reclamation / Boat Selling
Boats can now be "reclaimed" back into deeds, and carried, or sold. To do so: you can put any boat next to a port/water town, and use the services menu to reclaim it. It costs nothing to do so, but the boat must be fully repaired before you can reclaim it. 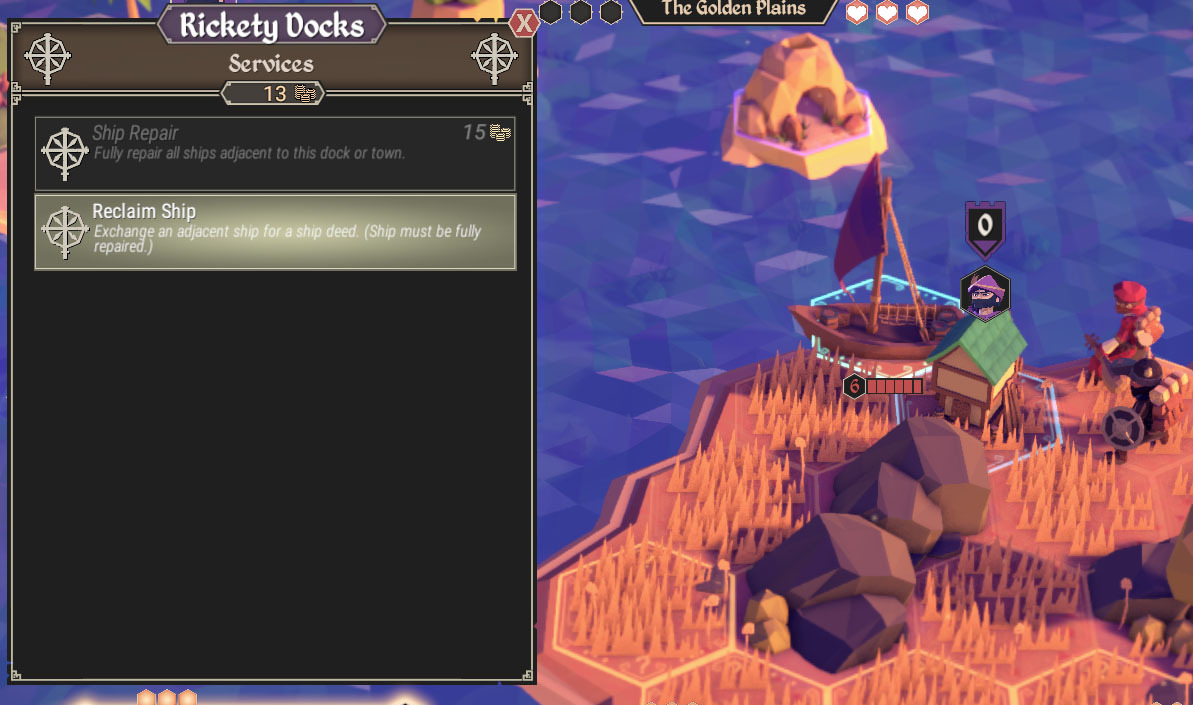 Now in the event that you buy a boat in a smaller body of water, you can simply reclaim it, and take it somewhere else. Let the portaging begin!

Difficulty Changes
We've made some rules changes to all our adventures. Apprentice, and Journeyman are now easier by way of increased lives, and Chaos times. This should translate to making the initial difficulty curve of the adventures more survivable.

For the specifics of the changes: scroll to the bottom of this post.

The aim here is to get more people playing Journeyman! This is our favourite way to play, and we're hoping you'll all agree.

AND DON'T FORGET... You can always customize the difficulty of the game with the House Rules button: 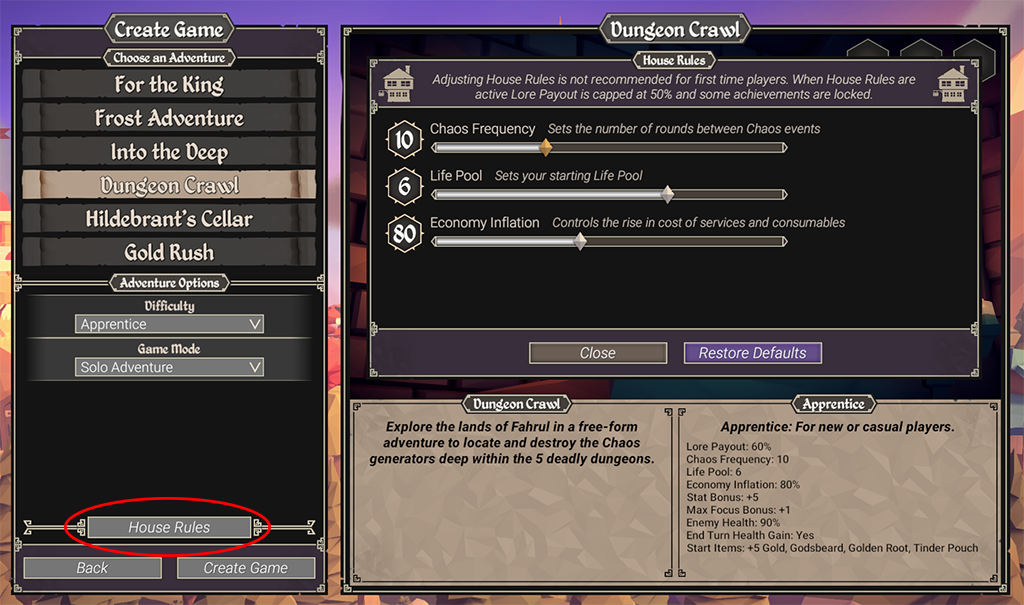 Changes to Vexor - FTK Mode
Vexor and his Chaos Hounds on Apprentice and Journeyman have changed. In general, they've both been slowed down a bit, and do less damage. The Hounds are also less evasive, and have less crit chance.
Vexor has been made to exchange some attacks with buffs, and will also do fewer group Chaos attacks.

Life Pool:
Apprentice increased from 4 to 6.

We also added Vision Scroll to town staples on Apprentice and Journeyman that will mean they are readily available for purchase to help you find all the hidden locations.


Into the Deep
Life Pool:
Apprentice increased from 4 to 6.


May your dungeons be bursting with loot
-IronOak Games
Share:

Limited Time New Years Cosmetic Available!
For The King - Jay-Nic
Hey all,
We hope your holiday times are going well.

Starting now until January 7th, there is a new Lore Store Unlock in honour of New Years!

Buy it now, own it forever, but hurry because it will be locked away after the 7th!
Share: 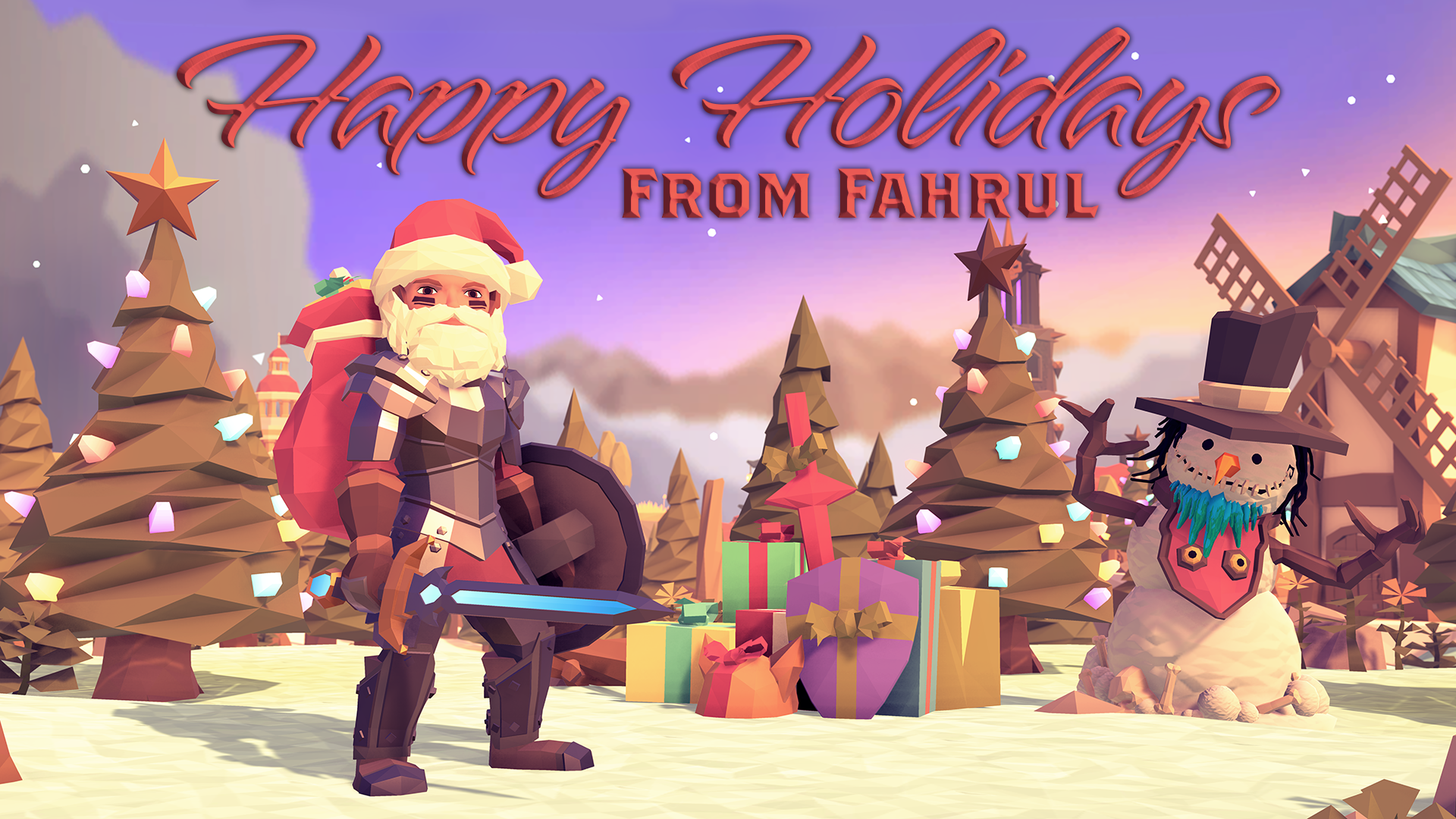 We have a nice little holiday surprise for you today.

From now, until January 7th, you can find holiday themed content in the Lore Store. A new Hat and Backpack. Get them now, and keep them for life.

Hurry before they disappear on the 7th! Or you'll have to wait a whole year.

We fixed a problem with the Sea Kings boat damages. They were doubling up in some instances, and this was a bug... We apologize for this, and it certainly caused undue frustration.

Also, there was a problem with a treasure chest that would crash if it turned in to a mimic - this is fixed as well.

We’ve received a number of reports from people who are getting shipwrecked and believe their run is over - but we just wanna remind everyone that the safety stone in your inventory can get you out of dangerous situations like that.