We also know that some of you are having issues with the game detecting a controller when you’re trying to get past the early access screen. We have a hotfix you can try alongside the previous recomended solutions.

The following solution will disable the use of gamepads (if you want to play with gamepad please don’t use it). 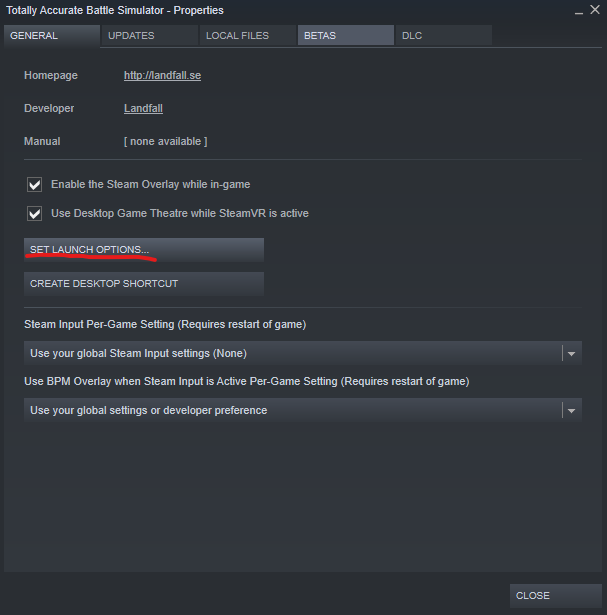 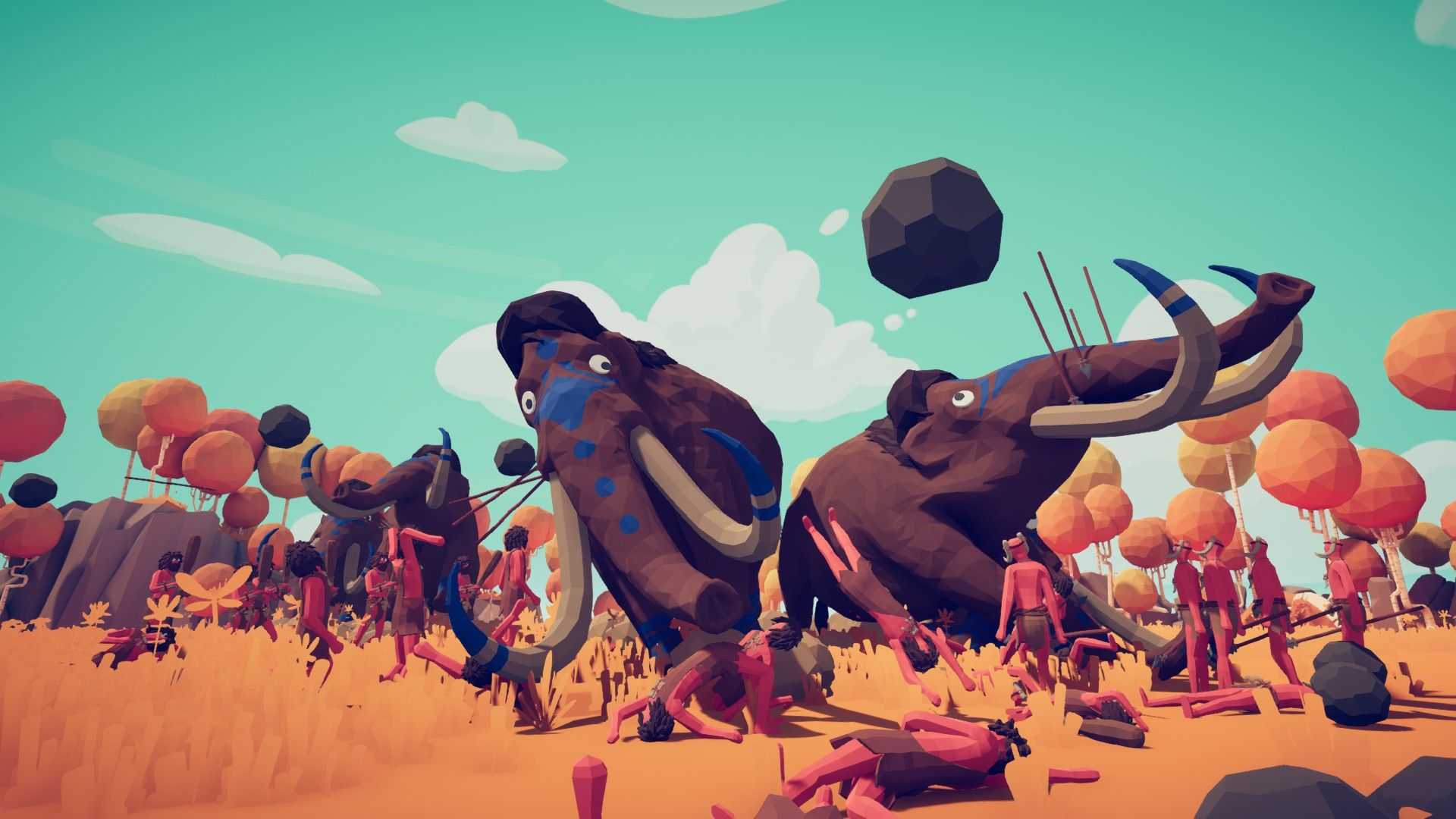 Wonky war game Totally Accurate Battle Simulator has been plunking around in various states of pre-release for years now. After an open alpha, closed alpha, and early access launch, TABS will finally get what Landfall are calling version 1.0 at the end of 2020. There’s plenty of the usual silliness planned before then too, though.

END_OF_DOCUMENT_TOKEN_TO_BE_REPLACED

New roadmap!
Totally Accurate Battle Simulator - Botten Hanna
Hello everyone! We’re back and working on the game harder than ever. In the past couple of weeks, we’ve discussed our current timeline for the game and realized that it’s no longer realistic.

Due to the unforeseen bugs in the Wild West update and other issues, we have decided to revamp our roadmap and change the order of some of the updates.

The new estimated timeline is as follows:

Q3 (July-September)
Update 0.12.0 Secret update
In mid Q3 we will release a bonus update with some long-anticipated units and maybe the return of a revamped beloved map.

We have decided that the final faction reveal would be much better suited for the full release update.

This roadmap and the estimations can change at any time and we can not give any closer estimations than the time of year.

Game development is hard to estimate as many unforeseen things can happen. We are committed to not crunching as we believe it damages both the game and the developers working on it, we want to bring you the best game possible and be healthy at the same time.

We're still working to solve the bugs in the game asap. 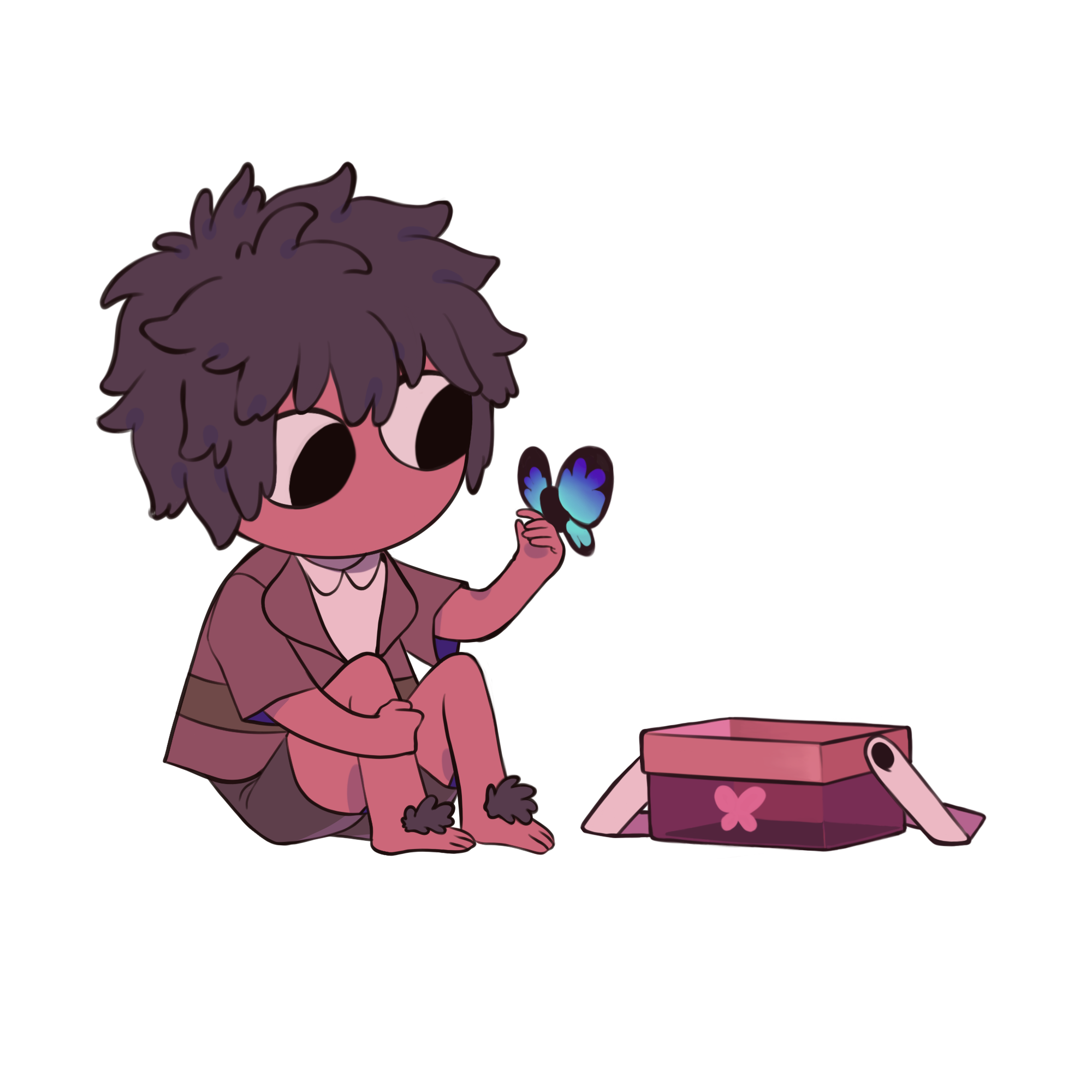 Wild West town name competition! Time to vote!
Totally Accurate Battle Simulator - Botten Hanna
It's time to vote on the Wild West town names! We got almost 4000 entries and choose some of our favorites.
We got a lot of similar names - in those cases we choose the first one submitted.

The reason for doing this is that we would like to do more with the Hero Unit than we initially planned which would require more time to work on it.

We understand that this may be disappointing but we hope you will enjoy the Hero Unit, even more, when we can release it with more features and more fine-tuning.

The release of TABS is still planned for PC, Mac, and Xbox during late Q3 (August-September ) this year.

You can find the Early Access roadmap here: http://www.landfall.se/earlyaccess

TLDR: The Hero Unit feature is postponed to after release to make it better and as to not delay other planned features.

We know some of you are unable to launch the game due to it detecting a controller, fixing an option to switch between them will take some time so in the meantime please do the following:
If you have any controllers or other USB devices (like a racing wheel or a joystick) plugged in, please try to unplug it and start the game with only mouse and keyboard.

This issue can also be caused by software that emulates inputs, for example, something that lets you remap or change key bindings outside of games. Vjoy is known to cause this issue. Please try to uninstall any programs like this and see if that solves the issue.

Remember to restart steam and verify the integrity of the game files. 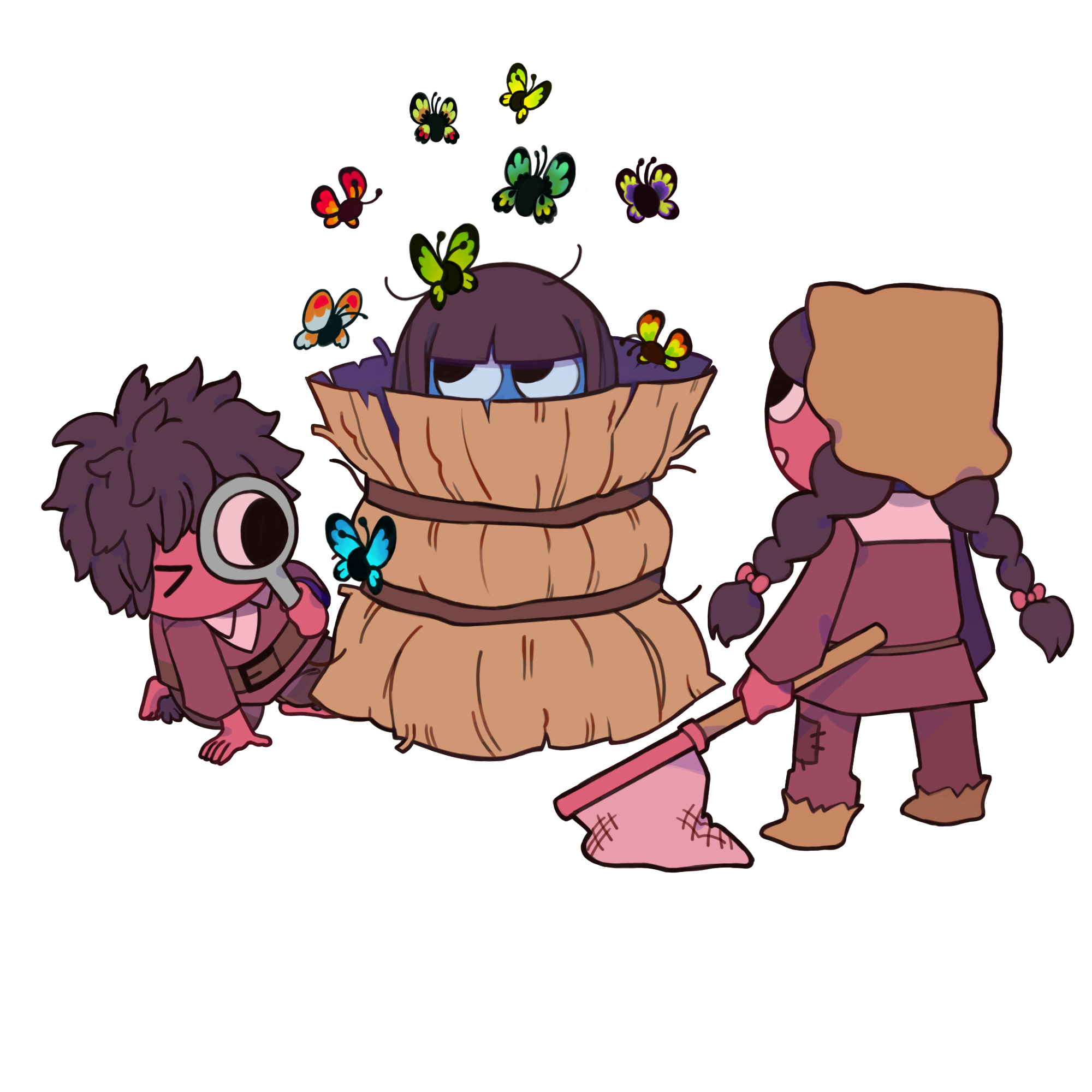 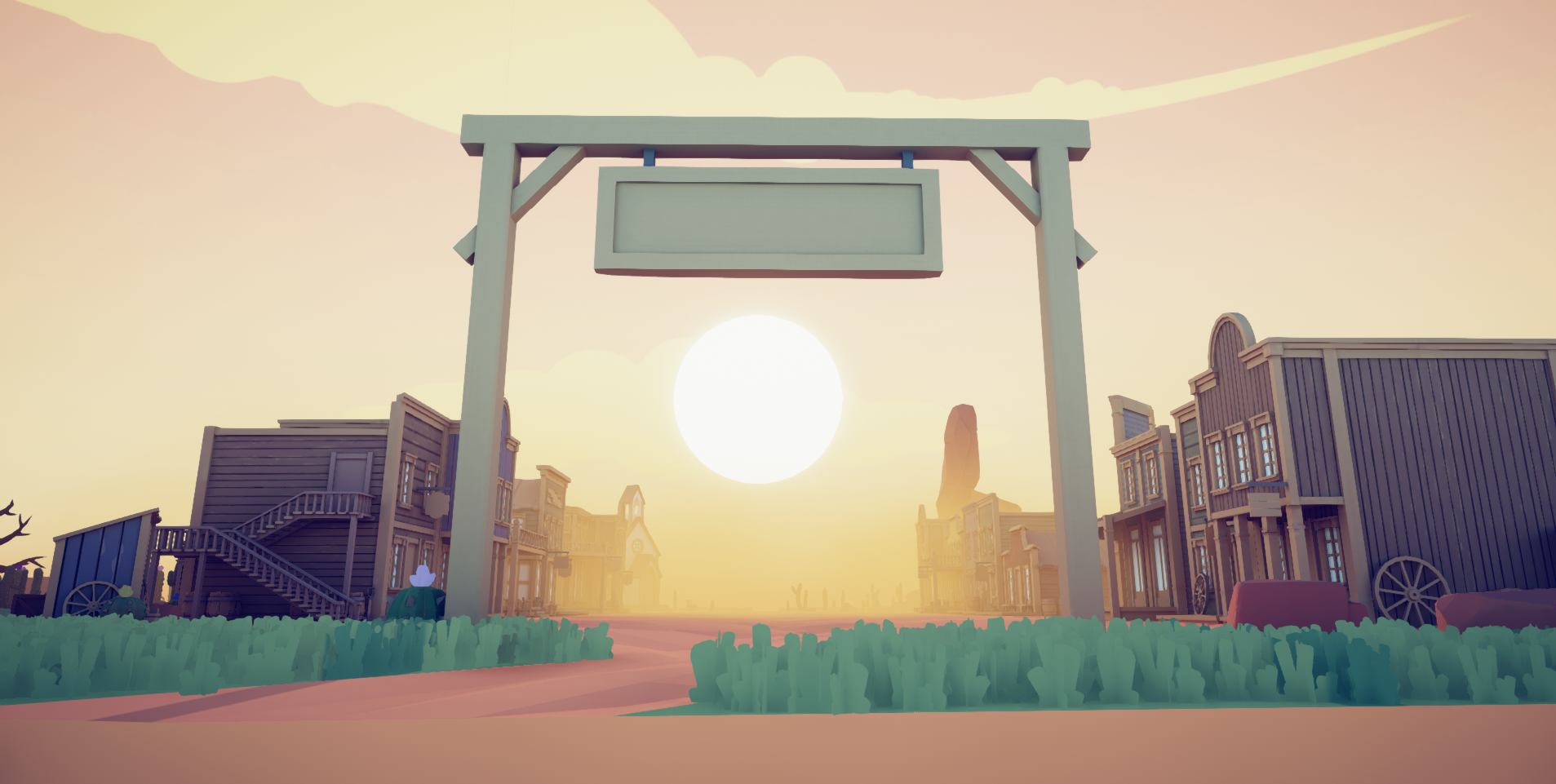 Some of you might have noticed the big empty sign on the Wild West map, of course, the town needs to have a name.

Submit your name suggestion through this google form - we will pick the ones we like the best and poll the community for the one you like the best on our twitter. You can submit your suggestion until the 5th of June and the chance to vote will come shortly after :)

Link to the submission form: https://forms.gle/ZpZL31hST3hJc3fn8


We're still working on the other bugs, keep reporting them in the forums and support@landfall.se

Features
Changes
Performance
The Western faction is not the final faction coming during early access, stay tuned for more updates during Q3!

A huge thank you to Eturian who inspired the Cactus unit! Here's Eturians original artwork: https://steamcommunity.com/sharedfiles/filedetails/?id=1731860864

Update delay and trailer!
Totally Accurate Battle Simulator - Botten Hanna
We're sorry to say that we have found some last-minute game-breaking bugs that will make it impossible for us to release the new TABS update this week.

We're terribly sorry about this, we cannot release an update that is unplayable but what we will do this week is to release the trailer for the update! Enjoy!

Thank you again for your patience! :)

What is causing the delay?

When will the update be out?

As soon as we've fixed the bugs, we don't have an estimate of when they will be fixed but we are working hard to do so.

Why can't you release the update without the bugs/new UI or create a beta?

If we could do that, we would, we need to fix the bugs in order to release the update.

Is this the final faction?

You can read about what's coming next during Early Access here http://www.landfall.se/earlyaccess

What is in the update?