What graphics card do I need for HDR and what PC games support it?
HITMAN™ - contact@rockpapershotgun.com (Katharine Castle)

HDR on PC continues to be a bit of a mess these days, but provided you haven’t been put off by the astronomical prices of the best gaming monitors for HDR or, indeed, the ongoing debacle surrounding Windows 10 support for it, then the next step on your path to high dynamic range glory is to get an HDR compatible graphics card.

Below, you’ll find a complete list of all the Nvidia and AMD graphics cards that have built-in support for HDR, as well as everything you need to know about getting one that also supports Nvidia and AMD’s own HDR standards, G-Sync HDR and FreeSync 2. I’ve also put together a list of all the PC games that support HDR as well. There aren’t many of them, all told, but I’ll be updating this list with more titles as and when they come out so it’s always up to date.

END_OF_DOCUMENT_TOKEN_TO_BE_REPLACED

If you've already got Call of Duty: WWII on PC, but have some friends who don't, this is a great weekend for you all to jump in and play together!

What graphics card do I need for HDR and what PC games support it?
HITMAN™ - contact@rockpapershotgun.com (Katharine Castle) 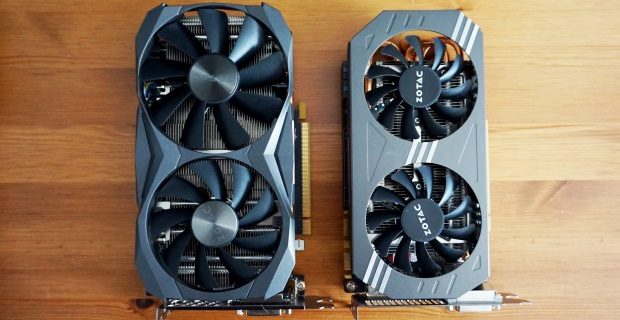 HDR on PC is a bit of a mess, but provided you haven’t been put off by Windows 10’s hazy support for it or the astronomical prices of the best gaming monitors for HDR, then the next step on your path to high dynamic range glory is to get a graphics card that actually supports it. Below, you’ll find a complete list of all the Nvidia and AMD graphics cards that have built-in support for HDR, as well as everything you need to know about getting one that also supports Nvidia and AMD’s own HDR standards, G-Sync HDR and FreeSync 2.

We’ve also put together a list of all the PC games that support HDR as well. There aren’t many of them, all told, but we’ll be updating this list with more titles as and when they come out so it’s always up to date.

END_OF_DOCUMENT_TOKEN_TO_BE_REPLACED

The 100 best-selling games on Steam in 2018 so far
Dota 2 - contact@rockpapershotgun.com (Alec Meer) 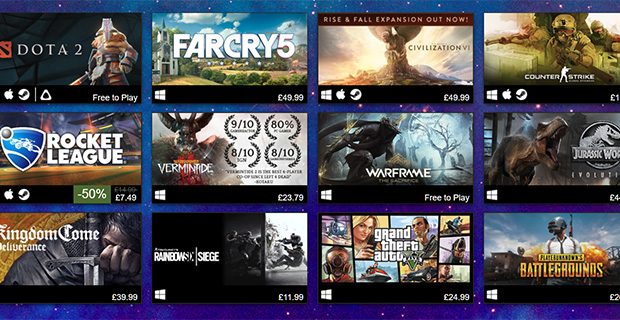 We’ve just passed the half-way point of 2018, so Ian Gatekeeper and all his fabulously wealthy chums over at Valve have revealed which hundred games have sold best on Steam over the past six months. It’s a list dominated by pre-2018 names, to be frank, a great many of which you’ll be expected, but there are a few surprises in there.

2018 releases Jurassic World Evolution, Far Cry 5 Kingdom Come: Deliverance and Warhammer: Vermintide II are wearing some spectacular money-hats, for example, while the relatively lesser-known likes of Raft, Eco and Deep Rock Galactic have made themselves heard above the din of triple-A marketing budgets. END_OF_DOCUMENT_TOKEN_TO_BE_REPLACED

It’s very nearly Explosion Day in America, so that means that every online shooter is doing its best to bludgeon us senseless with loud guns and louder outfits. Call of Duty: WW2 is no exception, but accompanying the Liberty Strike event‘s obligatory and garish red/white/blue-painted weaponry and outfits is a juicy little cherry of daftness on top. While Call of Duty isn’t my usual cup of shootybang tea, I love the sound of this week’s time-limited playmode, available now until July 9th – Wanderlust Mosh Pit – as it seems delightfully> stupid.

END_OF_DOCUMENT_TOKEN_TO_BE_REPLACED

Thanks for being patient while we prepared the latest game update for you all. Below are the details on fixes and new features.

New week, NEW CONTENT! We weren't going to leave you hanging for Independence Day. That's why we're serving you with some awesome new stuff to celebrate. Check out the trailer for our new Liberty Strike Community Event: https://www.youtube.com/watch?v=hYRw-LrejPs

And with all the new stuff, came more fixes for some of the top issues that have popped up since we launched DLC 3 last week. Details below:

MOONRAVEN: Recently, we’ve been trying out new ways to connect the Multiplayer and Zombies communities and create more crossover between the modes. Hence, our Attack of the Undead Community Event, which featured zombies in MP. This time, we’re giving the community more opportunities to get awesome gear that is native to Zombies, like the Moonraven Character/Uniform.

That’s why we rolled out new Contracts that are available in both Multiplayer and Zombies and that unlock cool new Zombies stuff in both modes. Whether you get these Contracts from Rideau, the Quartermaster in Nazi Zombies or from Captain Butcher, the current Quartermaster in Multiplayer, you have a chance to earn Moonraven variants. Once you complete one Contract (starting with the Moonraven Mountaineer Contract), another one will subsequently become available for you to complete.

To see the order in which these Contracts will roll over, head to the Liberty Strike Community Event page on the Call of Duty website and check out the Zombies Contracts chart. Have fun, everyone, and let us know what you think!
Share:

We pushed out some hot fixes today on PC for a few top issues that popped up since our title update last Tuesday. Below are the details:
Thanks, everyone! Please let us know if you continue to experience any issues with the above.
Share:

This morning, we rolled out a MASSIVE game update for Call of Duty: WWII. We've launched our new Community Event, Attack of the Undead, and HQ is swarming with Nazi Zombies. Thank you to everyone who tuned in to our livestream about it! Now, without further ado, here's a list of the top new features and fixes that went live this morning:

We'll be sharing more info with you on all the Community Challenge details. Now go grab your friends, try out Infected, and get grinding on those Zombie kills! Whatever your weapon of choice–plasma rifle, axe, M1 Garand, or raw capitalism, baby!–you may well be able to dabble in your favoured violence this weekend for free. The full versions of XCOM 2, For Honor, Call Of Duty: WWII‘s competitive multiplayer (okay, so not really the full version), and Offworld Trading Company are all available in free trial weekends for the next few days – mostly through Steam. END_OF_DOCUMENT_TOKEN_TO_BE_REPLACED

Call of Duty: WWII multiplayer is free to play for the weekend
Call of Duty®: WWII

Got some time to kill this weekend, and an urge to dive into an existential struggle for the future of Europe, and indeed the entire world? Then I have good news for you, my warmongering friend, because Activision is once again making Call of Duty: WWII multiplayer free to play for everyone.

The free-to-play period is already underway, and will run until 1 pm PT/4 pm ET on May 6. To take part, just hit the "Play Game" button under the Call of Duty: WWII Multiplayer listing on Steam, wait for the download to complete (it's a big one, about 57GB in size), and then have at it.

Character progression, inventory items, and unlockables will all carry over to the full game if you decide to buy it. To that end, it's also on sale, for 33 percent off—$39/£29/€39—until May 7.