Trine developer Frozenbyte is holding something of a Steam sale this week—through February 10, to be precise. They've got a whole host of games on sale, most of them around 80 percent off. Naturally, the Trine series is the forerunner, but there are other games to be had. Sale standouts include: 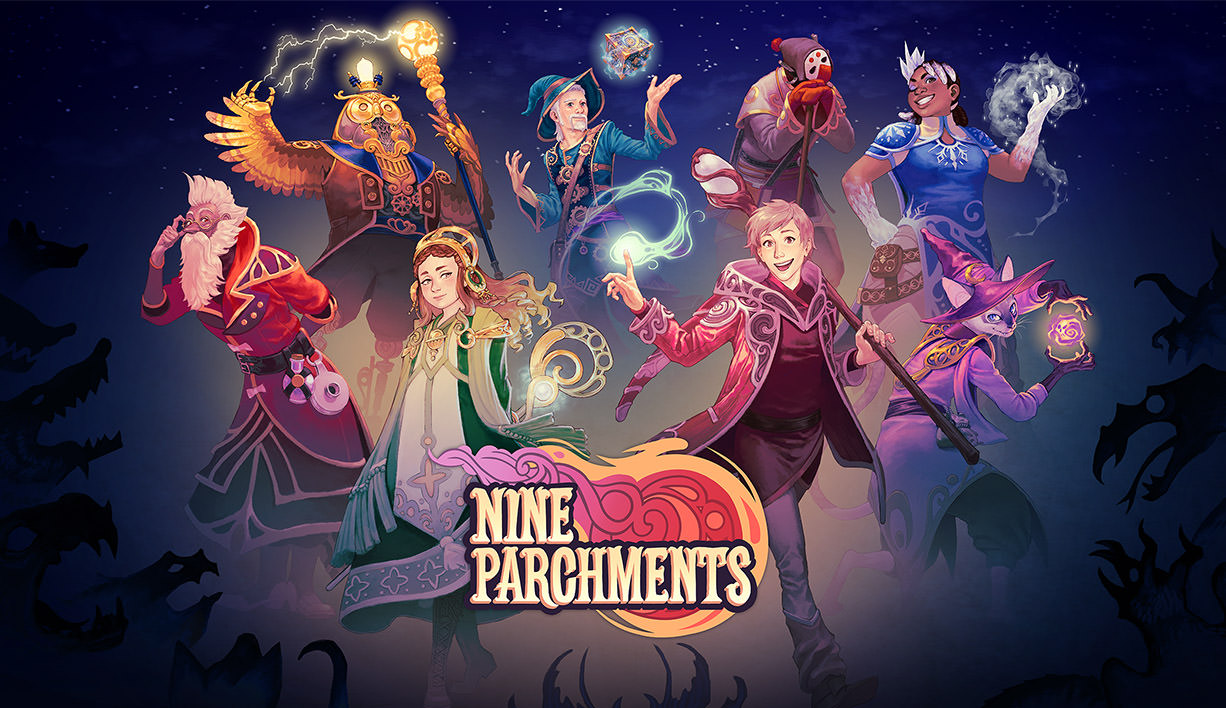 Our new game, Nine Parchments, set in the Trine world is now available! You can even unlock Amadeus as a playable character. Will he finally learn to cast fireballs? 😊

Take a look at the release trailer from below.

Nine Parchments is a co-operative blast 'em up game of magical mayhem from Frozenbyte!

Runaway apprentice wizards seize the opportunity to complete their spellbooks by going after the lost Nine Parchments. As the would-be wizards rapidly acquire powerful new spells without learning proper safety measures, it's natural their hasty progress results in plenty of deadly accidents...

Nine Parchments combines real-time spell-shooting action with RPG elements - level up your character and collect magical loot, filling your wardrobe with a myriad of wizard hats and powerful staves.

More info from our blog.

https://www.youtube.com/watch?v=wtQ8mUii9T8
Nine Parchments is a co-operative blast'em up game of magic mayhem from Frozenbyte. The game's story is set in the Trine universe and it will be released for Nintendo Switch, PlayStation 4, Xbox One and for PC on Steam in 2017.

If you're interested, please also note that Nine Parchment's will be playable in the following events! More info from our latest blog post here on our website. 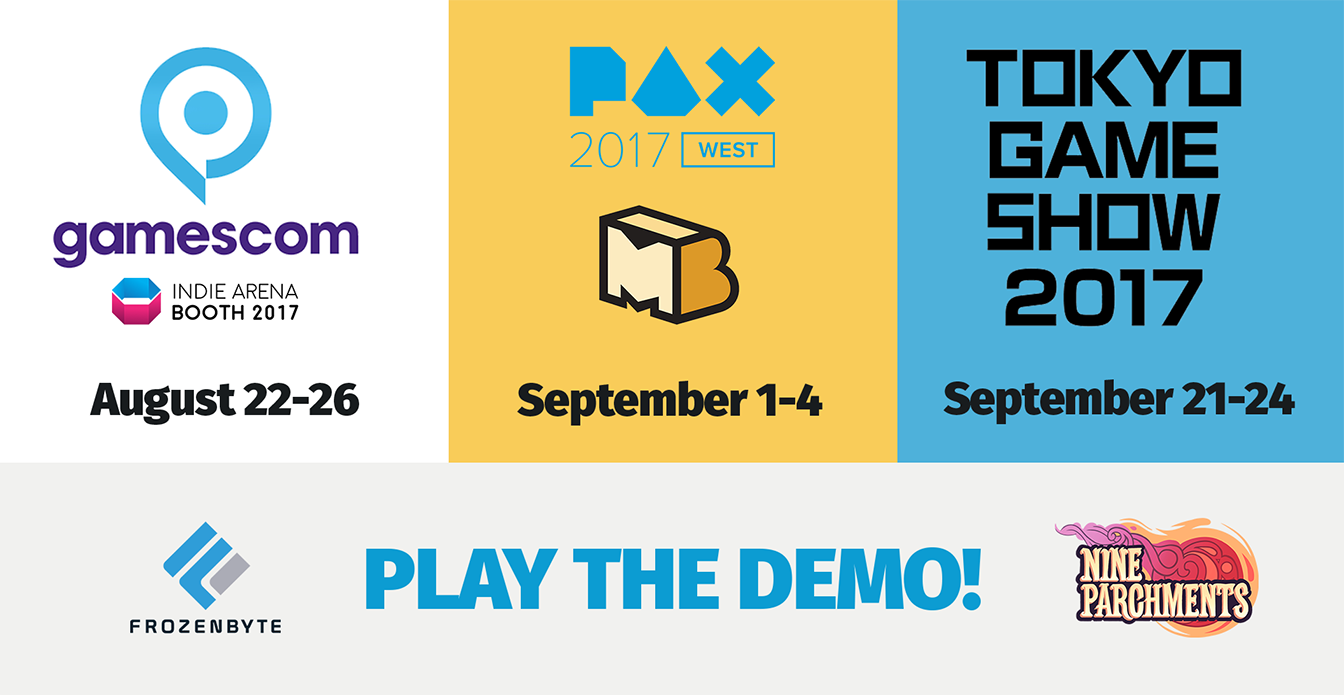 The colorful Trine world will be see on Nintendo Switch this year with our next title, Nine Parchments. Take a look at the game from the new trailer below! Other announced platforms are PC, PlayStation 4 and Xbox One.

https://www.youtube.com/watch?v=pOEKESOFOI0
Some of you may have noticed that we've kept quiet about the game for quite some time, so it's cool to finally break the silence and show some new footage! How does the game look? 😉

Here is also a list of the game's upcoming features!

I hope you're excited about the game as well, because you can bet that we are! Also feel free to check out some other details and new screenshots from our blog on our website. 🙂 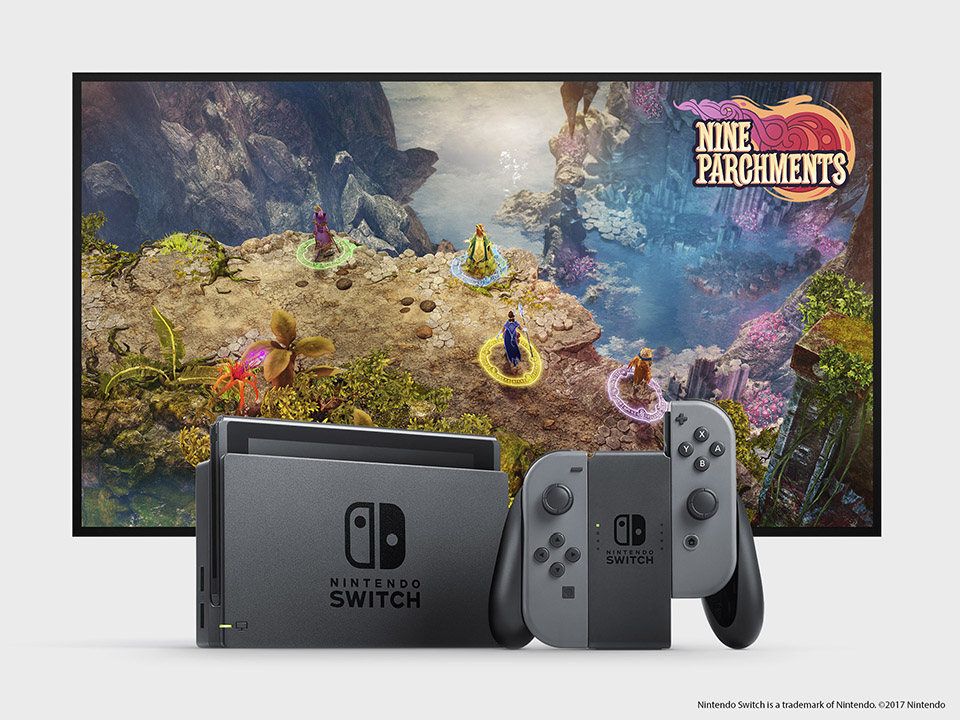 PS. We'll be heading over to Hamburg in Germany in June 9-11th for Magnology where we'll have a new playable demo of Nine Parchments. So stop by if you're in the area!
Share:

We are happy to announce that our new game Has-Been Heroes is now available. You can check out the new release trailer from below.

https://www.youtube.com/watch?v=cNdQLneWp5M
Has-Been Heroes is a roguelike game developed by Frozenbyte in partnership with GameTrust, and it's now available on Steam for all regions! The game is also available for Nintendo Switch, PS4 and Xbox One in North America. The release for other regions is slated for early next week on April 4th.

There's one below but more new screenshots from the game can be found from our blog.

We hope you enjoy the game. :) 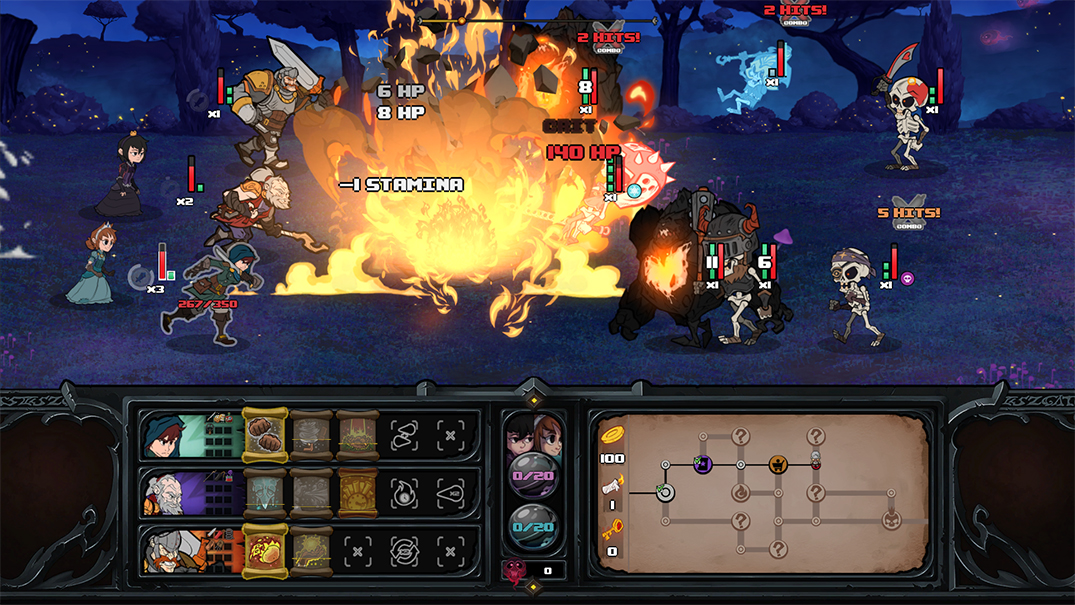 We're excited to announce Has-Been Heroes, a blend of strategy and action with a roguelike twist coming in March 2017. Check out the trailer below!

Embark on an epic journey with the Has-Been Heroes, a group of legendary champions once celebrated throughout the kingdom for their heroic deeds - they have killed rats, rescued a prince, fought wars, slain a dragon... The kingdom prospered and peace prevailed. Legends grew old, and stories faded. The heroes weren't needed.
But then, after years of peace, the King has one more quest, a quest so important he can only trust to his epic band of heroes, the toughest and bravest in all the kingdom. A quest of epic proportions...

TO TAKE THE TWIN PRINCESSES TO SCHOOL!

Developed by Frozenbyte in partnership with GameTrust. The game will be available for Nintendo Switch, PC, PS4 and XBOX One. 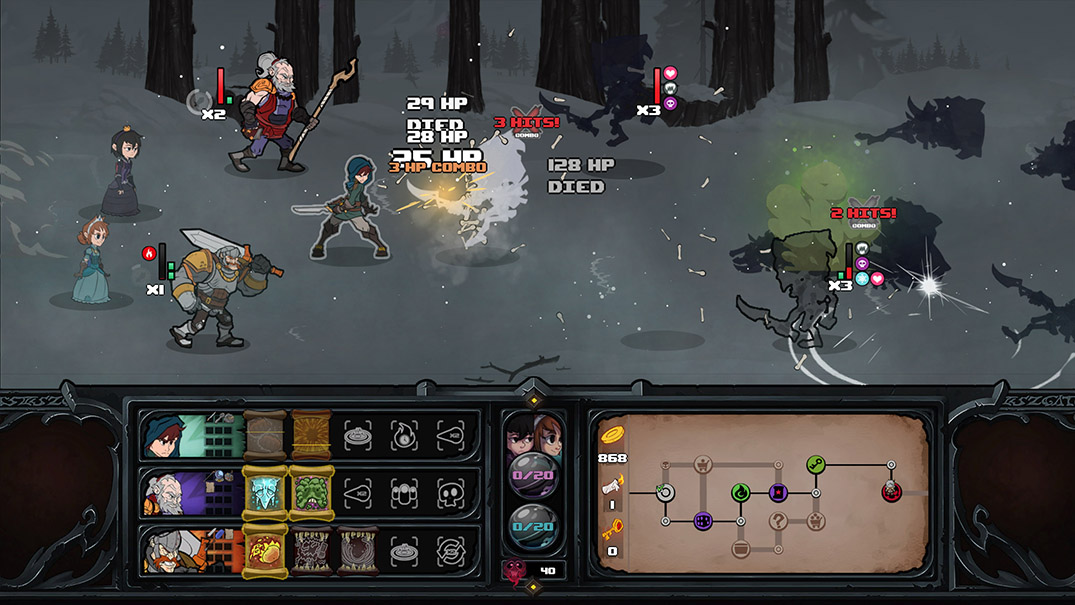 (What? Star Wars is totally fantasy.)

We are happy to announce our new game Nine Parchments, coming in 2017! It's a co-operative blast'em up game of magic mayhem that takes our studio back to colorful fantasy!

You can check the chaotic co-op game play from the announcement trailer below. Also feel free to check this blog post on our website for more information and screenshots!

https://www.youtube.com/watch?v=HlIHq3pLwTU
Nine Parchments is currently under development for PC, PS4 and Xbox One, slated for a 2017 release.

Also if you happen to be at Gamescom, the game is also playable at the Indie Arena this year. It would be nice to see you! :) 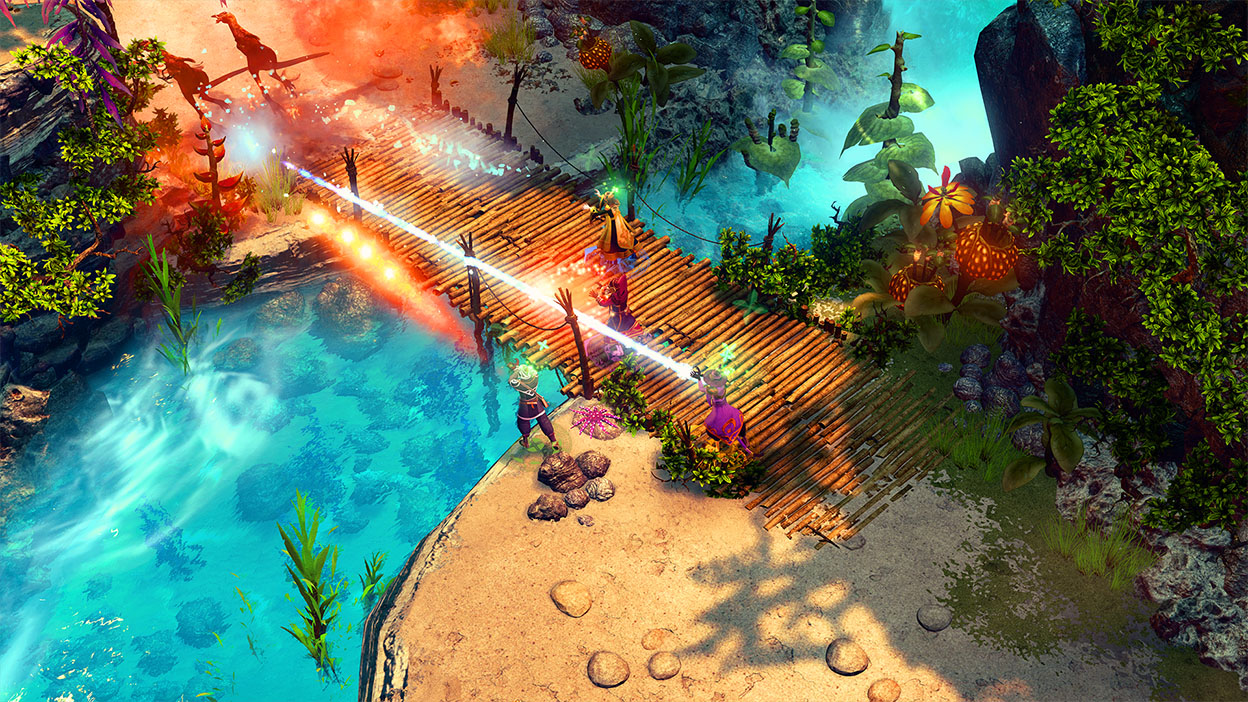