Kholat Nintendo Switch port was a complete in-house process for our studio, which took us about 10 months, with a team of 3 individuals - a programmer, technical artist and a tester.

So if you're Nintendo Switch player you can grab our awesome game on Nintendo Store!

Seven: Enhanced Edition with 75% discount coupon for all Kholat users!
Kholat - IMGN_PRO
Hey all Kholat users out there! We have great gift for you. If you own our game on Steam, at this moment you should check your inventory. Right now you should find there special coupon with 75% discount to buy Seven: Enhanced Edition!
Seven: Enhanced Edition is an open-world, isometric stealth and action role-playing game, in which you play as Teriel, a master thief sent on a mission that will shake the foundations of the Vetrall Empire. Free roam across the vibrant prison island of Peh and explore the sea depths on board of a submarine in the Drowned Past expansion.
It's second game from IMGN.PRO dev studio and first co-developed with Fool's Theory. We poured a lot of effort into that game and it would be great if you would check it out! 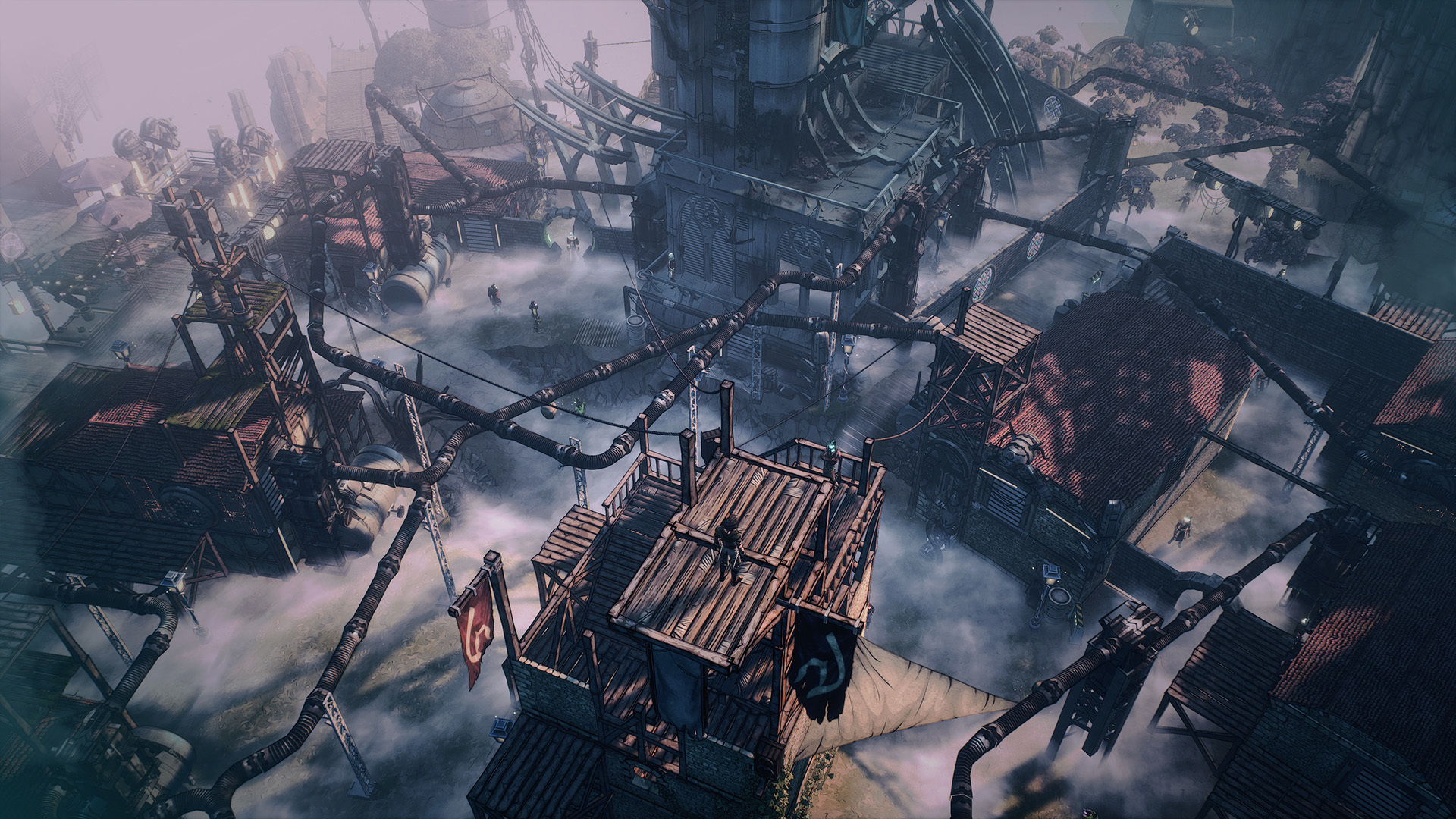 SEVEN HOURS OF NEW GAMEPLAY IN DROWNED PAST EXPANSION
30+ hours of base game and 7+ in Drowned Past Expansion! Continue exploration as serial thief Teriel, who runs into ‘the Enclave’, a ragtag group of mysterious vagabonds .
EXPLORE A VIBRANT OPEN WORLD FROM AN ISOMETRIC PERSPECTIVE
From the moment you set foot on Peh, the island is open to you. Sneak, run, climb, and fight your way across a colourful array of environments.
CHOOSE YOUR PLAYSTYLE
As a master thief, Teriel is well versed in the art of stealth. Get the jump on enemies from behind and above, but there’s nothing to stop you from letting loose with an array of devastating weapons, and unleashing deadly magical skills.
ENCOUNTER A MYRIAD OF COLOURFUL CHARACTERS
Encounter an array of people, from despondent slaves and prisoners through to rich socialites
UNCOVER AN EPIC STORY OF DECEIT AND TREACHERY
On Peh, everyone has an agenda, and often there’s more than meets the eye. Dive into a world teeming with distrust, and crushed between the machinations of mighty powers.


Have a great adventure!

Kholat has more than 3,5 million users but only one unit sold in Nepal
Kholat - shinobi1944 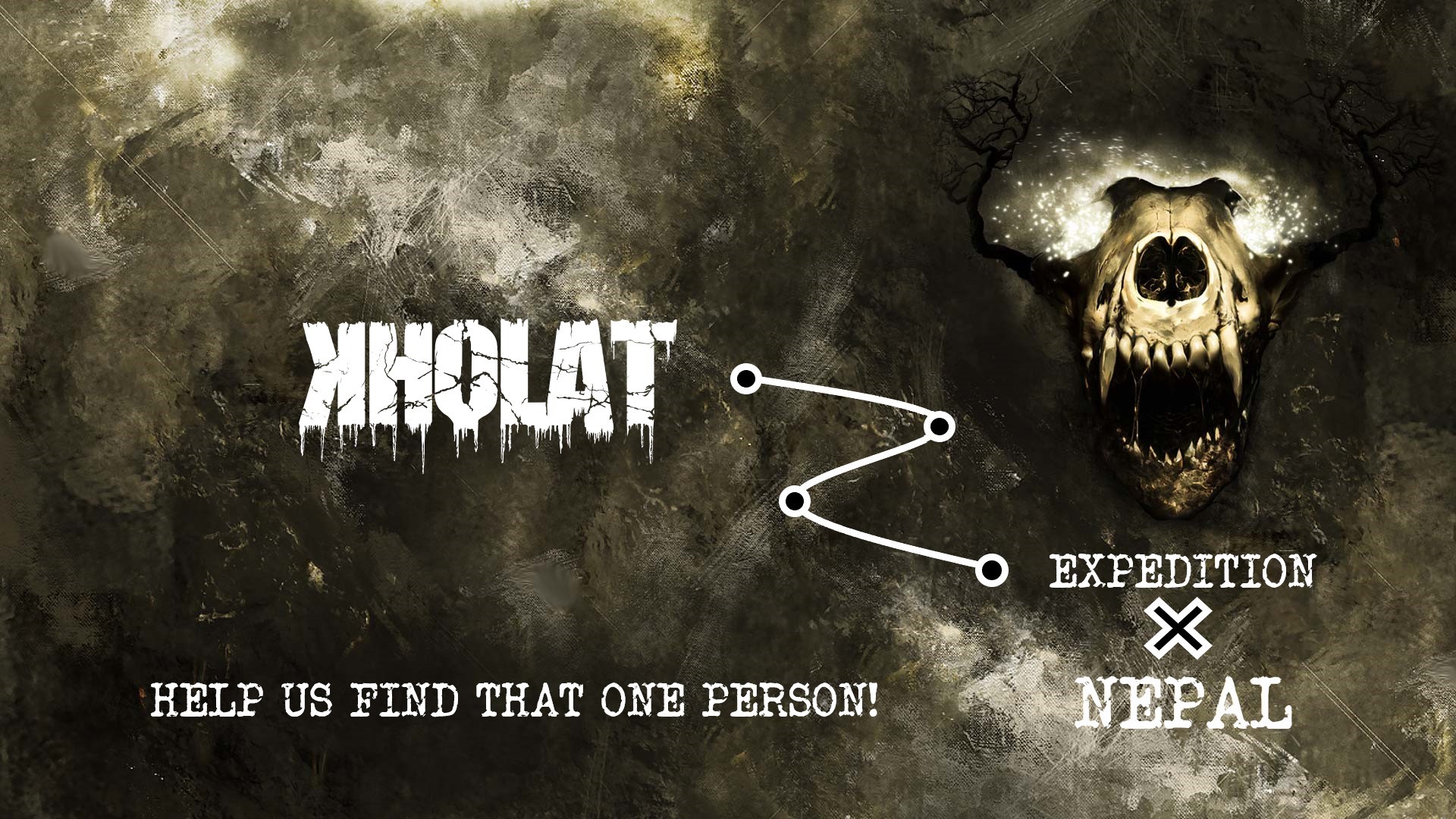 Recently we did a summary of Kholat life cycle since its launch in 2015, and we’re excited to announce that more than 3,5 million people now own the game on PC and consoles all together. These numbers feel even more amazing because of the fact that it was our debut title, that helped us to establish IMGN.PRO reputation as development studio.

While we were digging the numbers one peculiar fact draw our attention – there was a country where Kholat sold one single unit on Steam – Nepal. We couldn’t help ourselves but wonder who is that person. Whoever is that guy or gal, that one person in 29 million people country, we would like to express our gratitude for the support and grant him or her a lifetime voucher for all past and future games developed and published by IMGN.PRO on Steam.

If that’s you and you’re reading it now - please reach out to us on cooperation@imgn.pro

We would actually love to visit Nepal and meet you in person soon.

To all our community out there – we would really appreciate sharing this info.

It was one of the most requested features of our game and at the same time we saw that many Chinese players play and enjoy Kholat, despite lack of support for their language.

Starting from now you can experience our interpretation of the terrifiying Dyatlov Pass Incident in your native language.

EDIT 4 Feburary 2019 - we have fixed the problem with Japanese translations accidentally present during some cutscenes.

Kholat: Aftermath Part 1 is a compilation of four seemingly unrelated stories: a mysterious interrogation referring to one of the hidden notes in the game, Grazeniuk’s letter to his fiancée, a call for help from the Section 22 prisoner and the investigation beginning overseen by two Moscow militiamen. What will happen next to Kholat’s personalities? Is all what happened nothing but the product of Grazeniuk’s sick imagination? Or maybe somebody’s trying to hide the fact that unexplained experiments taking place in Section 22 got out of control? Will Anton’s identity be finally revealed? Answers to all those questions await in Kholat: Aftermath Part 1!

Available now as DLC on Steam:

It's been over 2 years already since Kholat was released. So far we have received countless questions from our community about a possible continuation of the story known from our game. Luckily, today we can announce that the new member of our family will be born in a little while. This time it won't be a video game though...

Kholat: Aftermath Part 1 is a comic book made by Marcin Jedrzejek (drawings) and Lukasz Kubiak (story) and it will be a direct sequel to the already known adventure. Soon we will share more about it. Stay tuned! 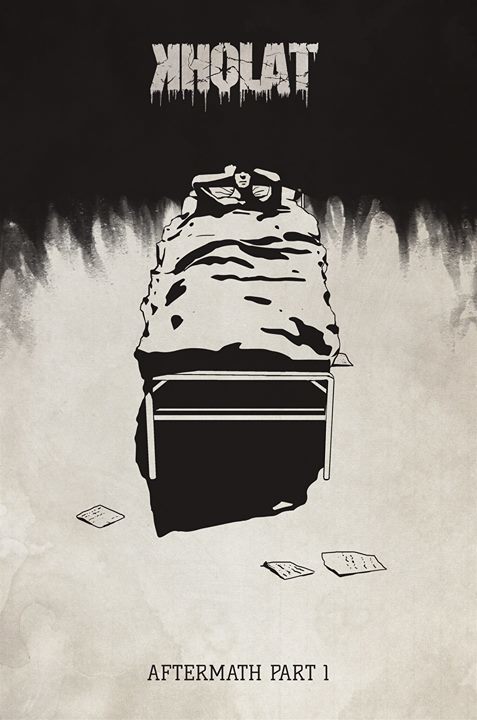 Kholat on Xbox One is out now!
Kholat - janIMGN
Hello gamers around the world,

The wait is finally over and we can proudly announce that Kholat found its way to Microsoft's newest console. To mark our fantastic cooperation with BlitWorks, which held the responsibility of porting the game, we prepared a new trailer, especially for Xbox One version.
https://www.youtube.com/watch?v=BsPA2HzMQ8s
If you would like to play our game on Xbox One, simply follow this linkand it will take you directly to your local store.

Have a great time discovering the secrets of the story based on real-life events that took place on the Diatlov Pass over 58 years ago. Don't forget to share your feedback with us. We can't wait to read your opinions :)

You can pre-order Kholat for Xbox One already!
Kholat - janIMGN
Dear Xbox players,

The waiting is almost over. On June 9th, 2017 full version of Kholat will launch on Xbox One. We are very excited that the audience of our horror can grow even bigger. That will happen in a week from now, but you can already place a preorder. All you need to do is to follow this link and it will take you directly to your local store.
https://youtu.be/CDT8RcTBPlU
Take care!
IMGN.PRO Team
Share:

Kholat is coming to Xbox One!
Kholat - janIMGN
Hello lovers of the spooky genres,

It took some time, but it’s almost here! Kholat on Xbox One is finally happening, and IMGN.PRO is excited to share the news with all the gamers that have been patiently waiting for the game to be available on their favourite console. On June 9th this year, fans of horror and unsolved mysteries will be able to purchase Kholat from the Xbox Store for 19,99 USD, but that’s not the end of the good news! A week before launch on June 2nd, pre-orders for the game will start.

Łukasz Kubiak, the co-author of the game’s narrative, says: “We never thought that Kholat would become so popular. Thanks to the amazing feedback we have received from players around the world, today we are proud to announce the game’s upcoming launch on Xbox One. At the same time, we’re aware that our fans have many questions and that there are many theories and assumptions concerning the events we have presented in our story. All I can say right now is that looking at how big our community has become, answers to those questions may emerge in the future.”
https://www.youtube.com/watch?v=CDT8RcTBPlU
PS This port was made thanks to our friends from BlitWorks. They've done a fantastic job and together with us, just can't wait for your feedback about the Xbox One version.