I'm proud to announce an upcoming project of mine! http://ABetter10.com ! Essentially this will be an end-all be-all tool for Windows 10 privacy + streamlining (bloatware junk) for PC Gaming.

This tool will do way, WAY, more than just following some checklist for privacy, and will do WAY more than anything out today (paid or free).

Please consider pre-ordering and get it cheap!! See the website for more info. 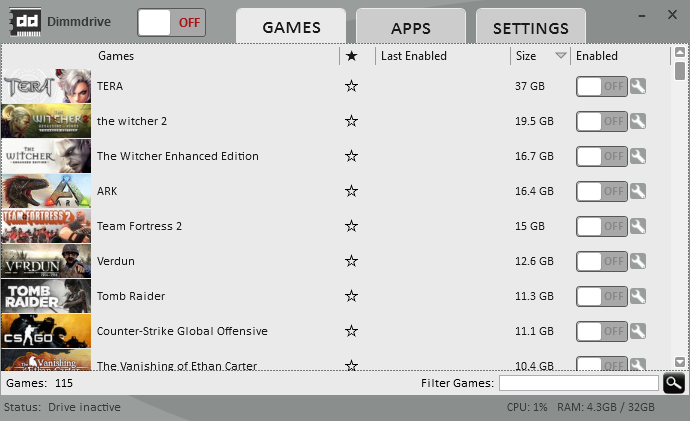 Dimmdrive Devs Release CPUCores.com!
Dimmdrive :: Gaming Ramdrive @ 10,000+ MB/s - TimDimmDrive
Hey Dimmdrive folks! I've just released a new piece of software to make your games have better access to your CPU. The program is called CPUCores and I've set up a discount for everybody!

PS: It isn't on Steam at this time. If it gets on Steam in the future then I'll let people swap to a Steam license, just like I did for Dimmdrive, for FREE!
Share:

Dimmdrive Updated!
Dimmdrive :: Gaming Ramdrive @ 10,000+ MB/s - TimDimmDrive
Dimmdrive has been updated to version 2.1.3!
Here are a list of all the changes since our initial Steam release on January 1st, 2015:

Coming Soon:
Dimmdrive is actively being worked on!

One of our upcoming updates will include Dimmdrive being able to automatically configure itself to best suit any game **regardless** of how much RAM you have!

Another update allows the ability for a user to run a script/program upon Dimmdrive's launching, and subsequent turning off, which will allow better integration with programs such as Google Chrome, Adobe Photoshop, and the like.

A Few Notes:
I'd like to thank the entire community for all of their support, feedback, questions, and all around contribution to this project. Without your help this project would never be where it is today. THANKS!

Dimmdrive 2.1.2 Update
Dimmdrive :: Gaming Ramdrive @ 10,000+ MB/s - TimDimmDrive
Dimmdrive has been updated to 2.1.2!
This update contains a few minor bug fixes and improved all around stability and performance.

Thanks everybody for help as I worked on these updates. There is another huge update that I'm currently working on which will include more features as well general updates (including multi-library Steam detection).

Existing Users:
If you have questions about the update, please post them in the Steam Forums here: http://steamcommunity.com/app/337070/discussions/ Thanks!
Share:

First Steam Dimmdrive Update - January 12th!
Dimmdrive :: Gaming Ramdrive @ 10,000+ MB/s - TimDimmDrive
Dimmdrive has had it's first update on Steam!
Firstly, I want to thank everybody who has purchased Dimmdrive. You've posted some amazing feedback, both on bug reports, feature requests, and both positive and constructive negative feedback. I'm extremely thankful that you have taken the time to let me know what you think of the Dimmdrive software!

Based on your feedback, I've fixed a lot of bugs, tweaked some settings, and modified some internal things on how Dimmdrive works and I'm excited to release to you this update!

In Closing:
Dimmdrive is an application that is continually being updated. Your feedback is especially important and I really am thankful for every bit of feedback we receive.

Thanks again and I look forward to deploying more updates to better enhance and add more features to Dimmdrive!

I'm both amazed and humbled at the same time. It is my dream for this software to reach mainstream and for gamers around the globe to use the software and feel more immersed in various fantasy worlds when gaming. You all have helped make this dream come true and you're the real hero here.

I'm excited at this opportunity you've given me to serve you all and make Dimmdrive be the best that it can be! 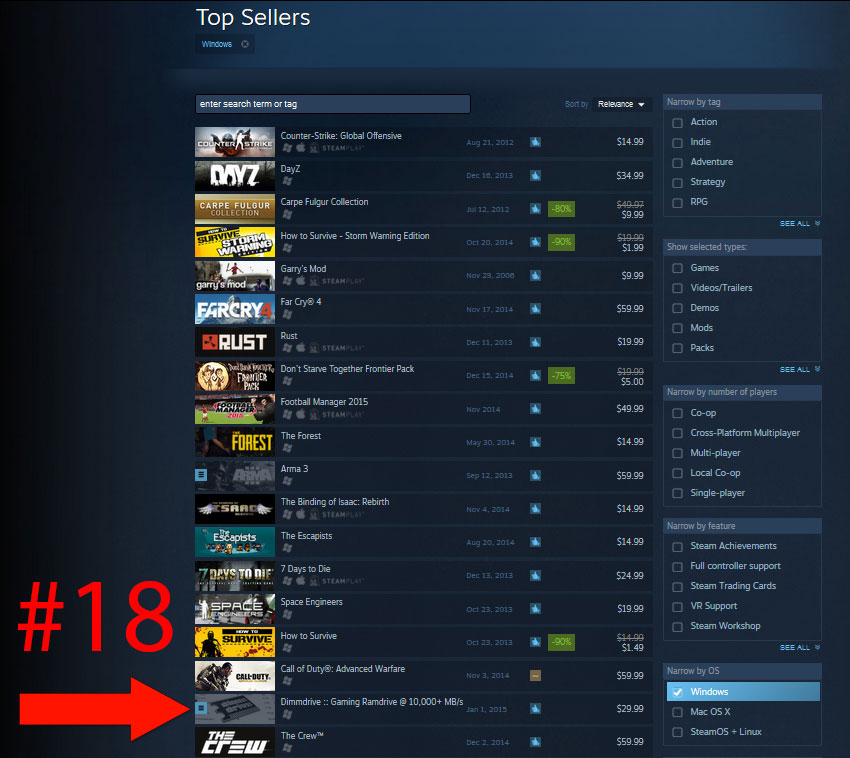