Play Pigeon Simulator, I Am Fish and Trash Bandits FOR FREE with Bossa Presents
I am Bread - The Royal Seal
Hello Bread Loavers,

At Bossa Studios we've just announced three new games: Pigeon Simulator, I Am Fish and Trash Bandits and you can play all of them FOR FREE right now.

Prototypes of these three games have been launched on our Bossa Presents site: https://www.bossapresents.com/ so head on over and download the launcher.

Play the games and let us know which one you’d like us to turn into a full-blown release. As we can’t make our minds up for love nor money.

Check out the three prototypes in action! 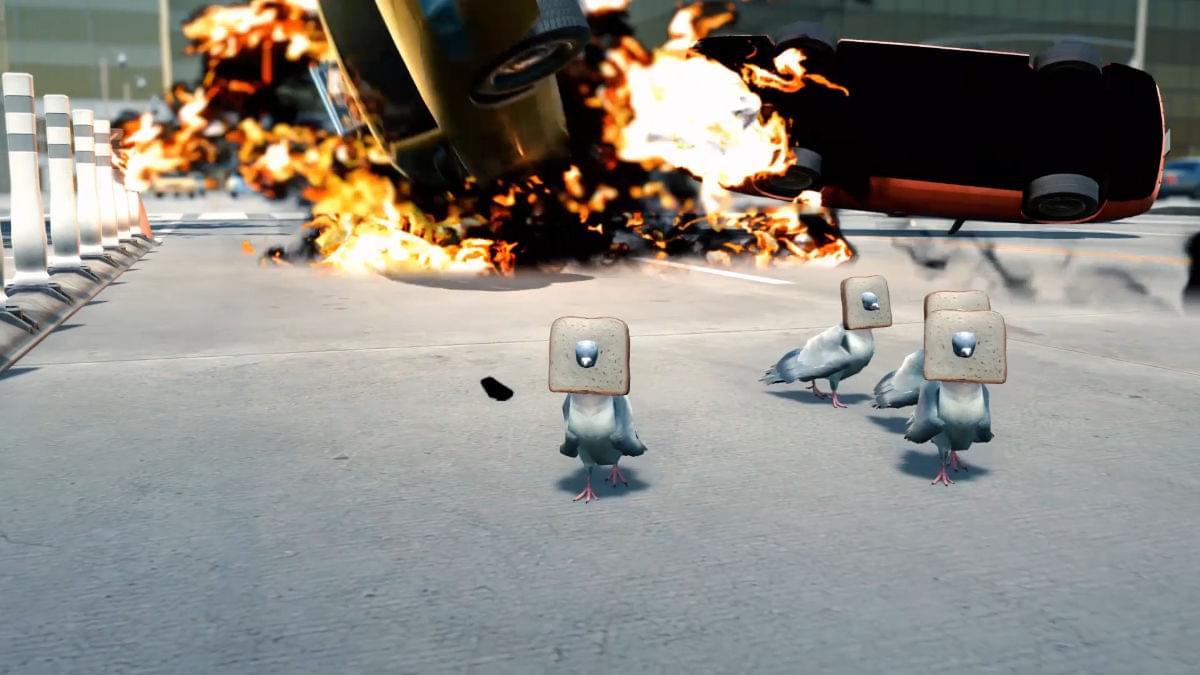 Pigeon Simulator sets players loose on an unsuspecting city to wreak feathery havoc solo or with up to 3 friends in local co-op. Steal food, poop on your enemies and build nests to raise the next generation. 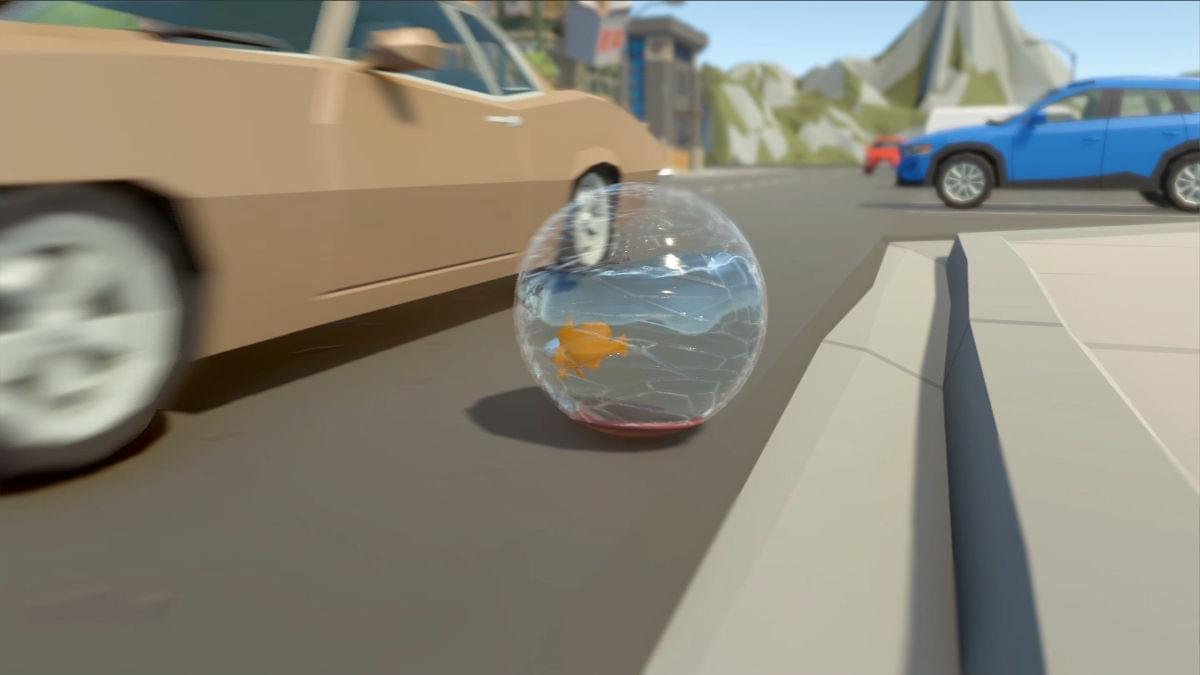 It's the Spiritual Successor to I Am Bread! I Am Fish sees players attempt to navigate one plucky goldfish through a series of traps, trials and tribulations in its epic journey back to the ocean. 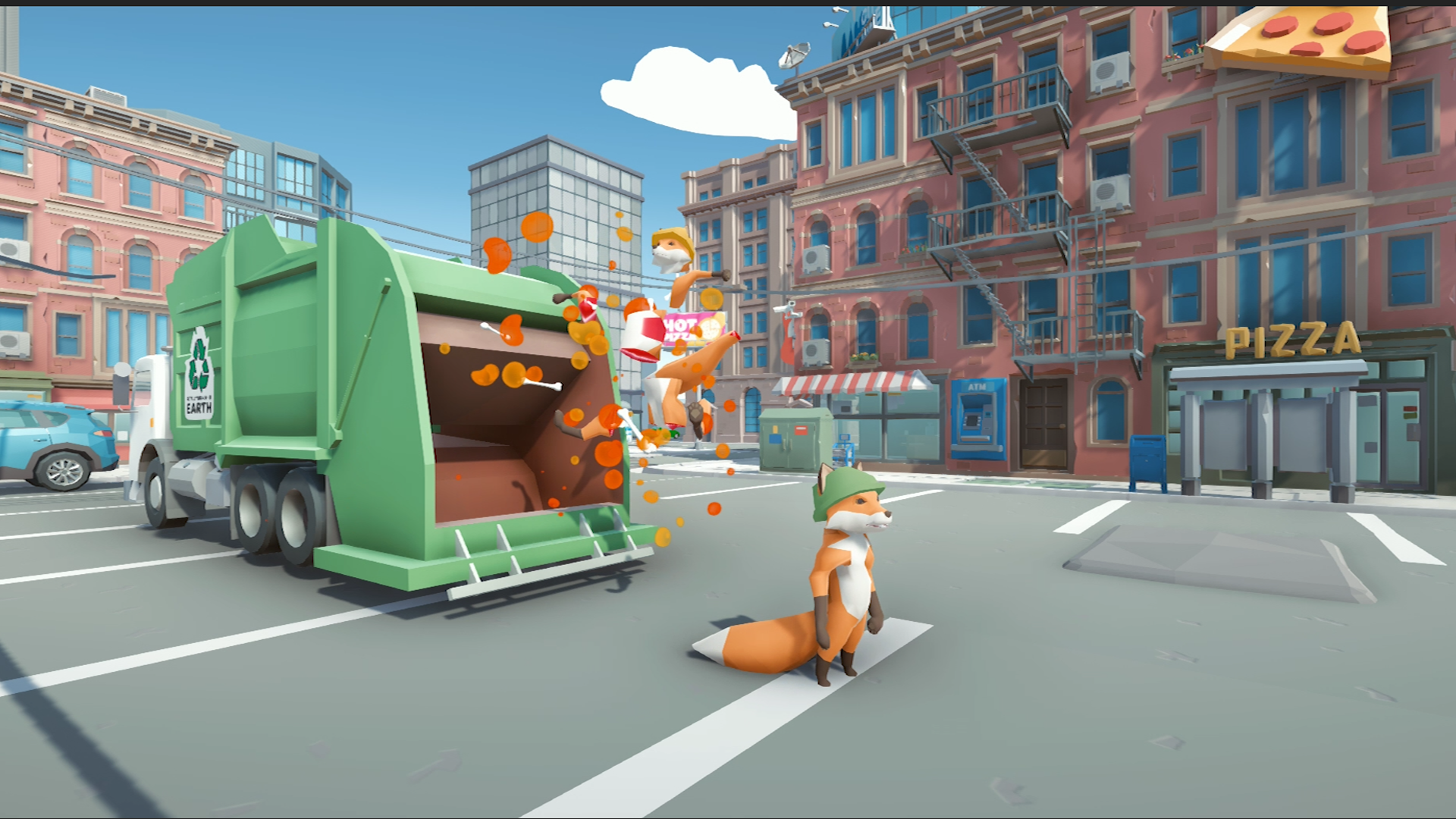 Trash Bandits is a local co-op race against the clock to collect as much rubbish as possible. Load up the truck and race to the next pick-up spot, all the while outfoxing the competition!

Head on over to Bossa Presents, start playing, and let us know what you think!

Fancy Helping us Make Our Next Game?
I am Bread - Ryvnhll 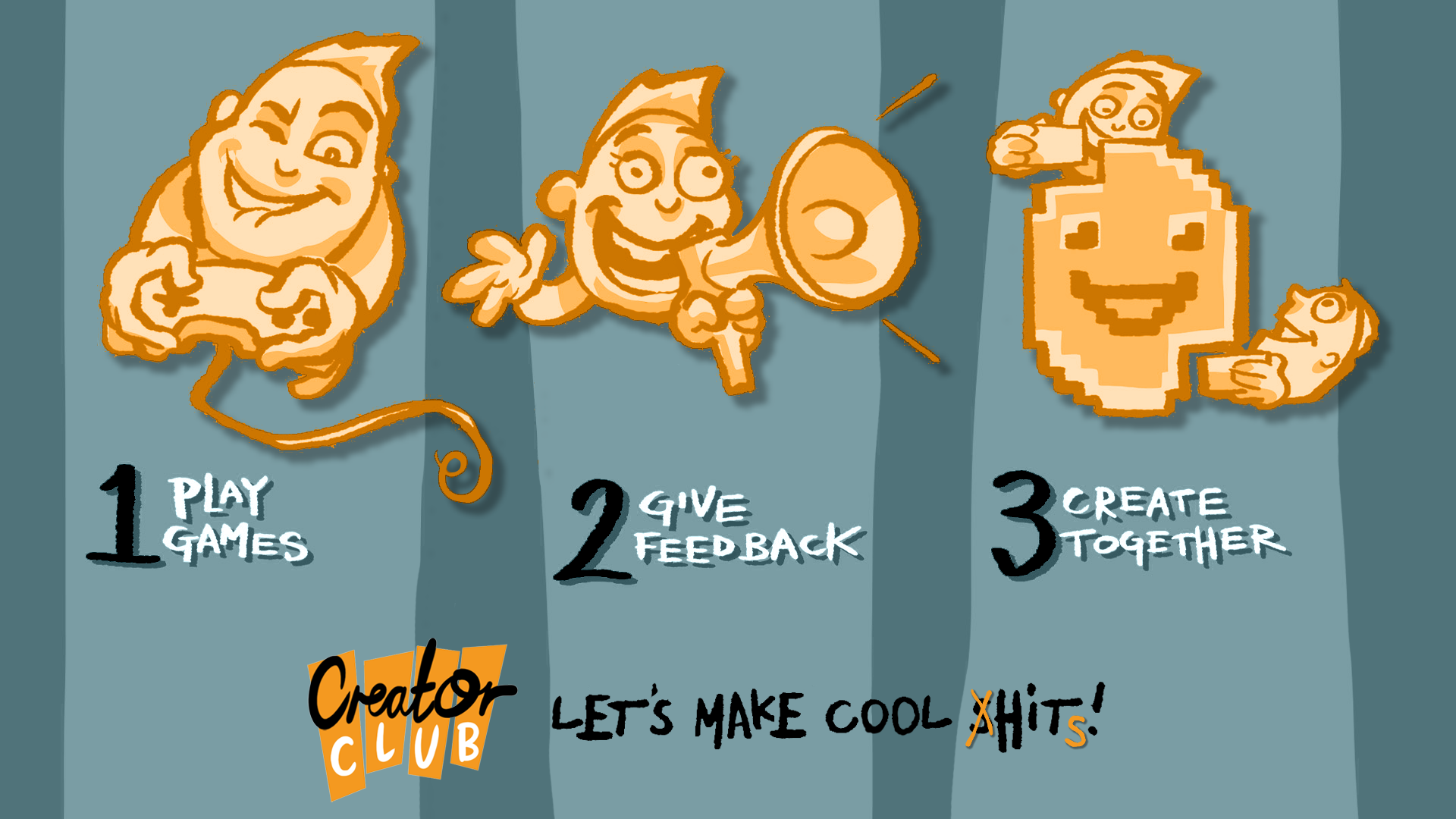 Here at Bossa, we want to make games that you’ll enjoy. End of. Otherwise, what’s the point, right? So it makes sense that we get YOU to help make them with us.


Enter the Creator Club - a group of like-minded and also not-so-like-minded individuals who want to help us make the very best games we can… and anyone can join!


From gaming surveys, to polls, to exclusive playtests, this is a chance to not only play upcoming games before anyone else, but to truly help shape the vision of those games, too.


Sound good? Then click on the link below to sign up, and we’ll be in touch soon! 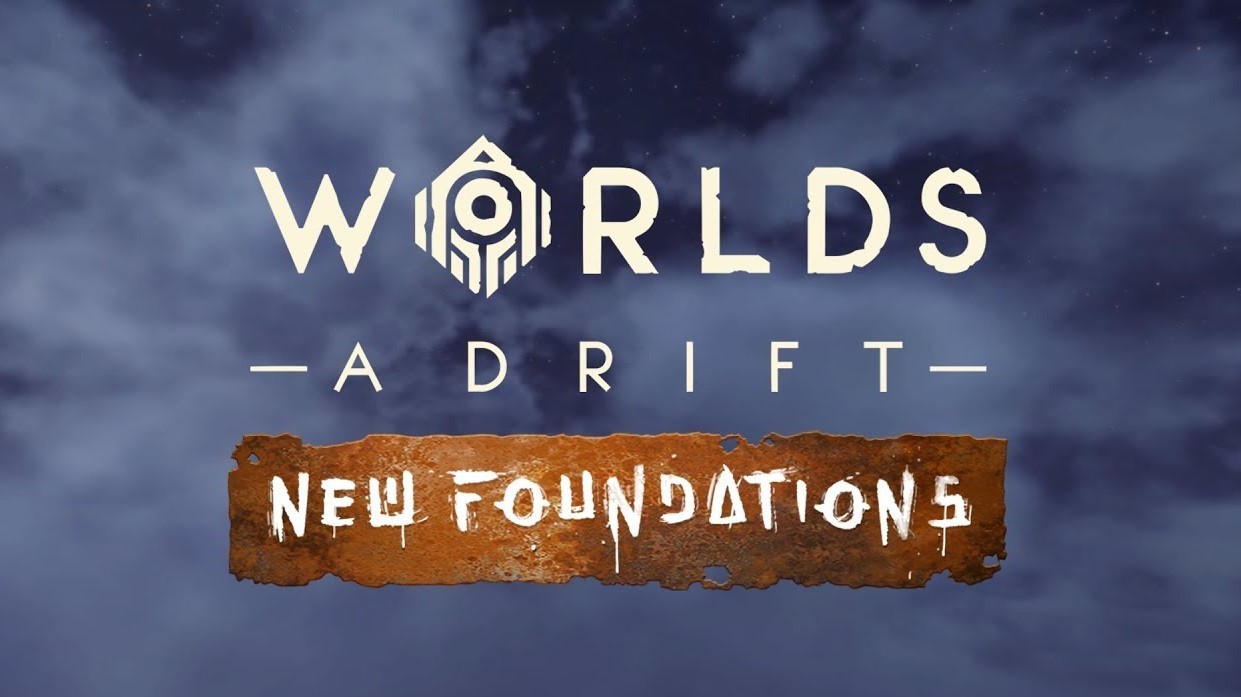 OUT NOW, New Foundations not only introduces the long-requested PvE Server - allowing for a more exploration-based style of play - but marks the largest addition of new features (including cooking, expanded customisation, and Haven; a tutorial starting zone) since Worlds Adrift launched into Early Access last May! 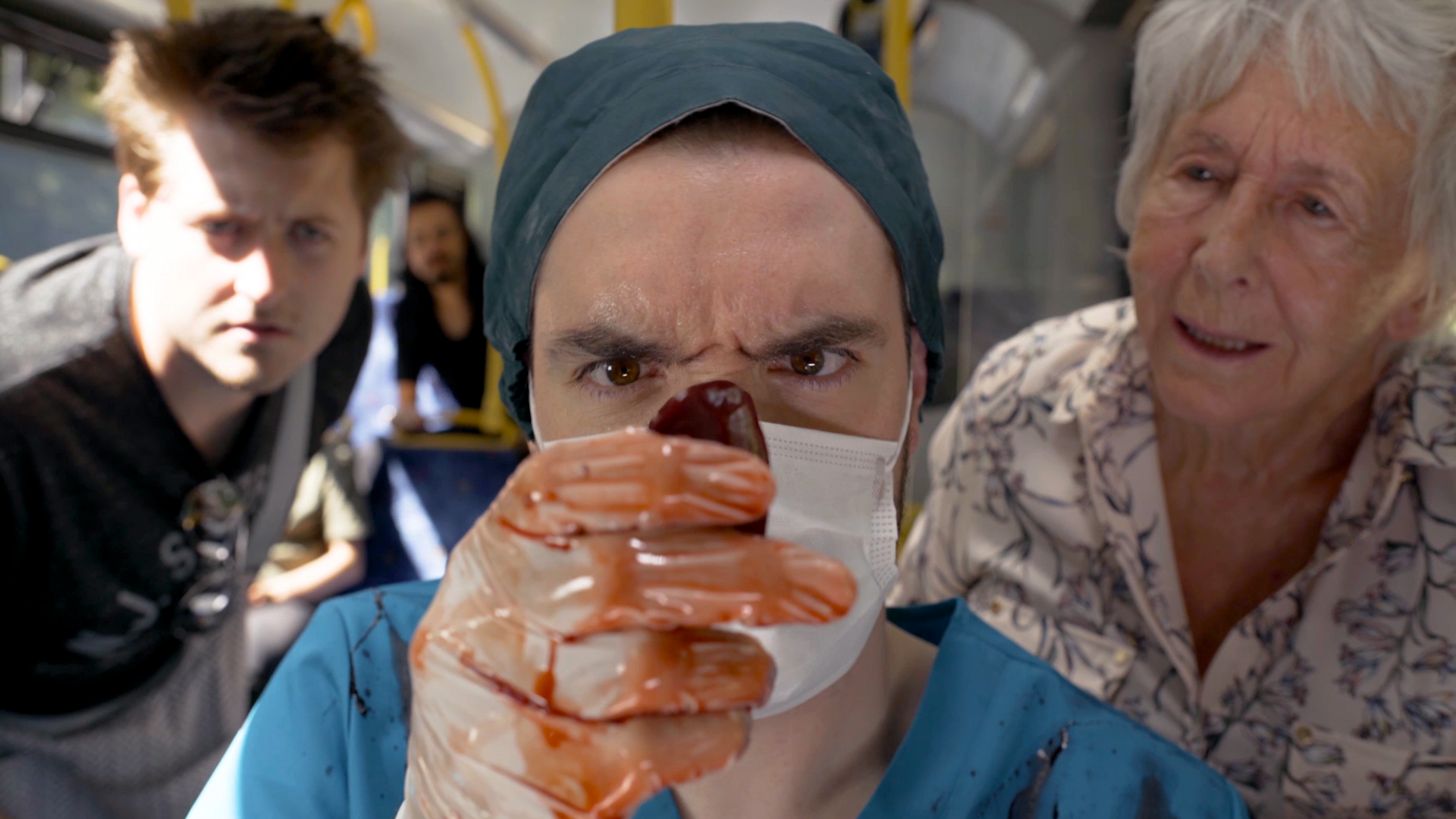 Sit down. Buckle up. And grab that sick bag...

As it’s all aboard for the brand-new Surgeon Simulator CPR Trailer, arriving this Autumn on Nintendo Switch!

...and for more info, check out the official site now 👉 https://www.surgeonsim.com/surgeon-simulator-cpr
Share: 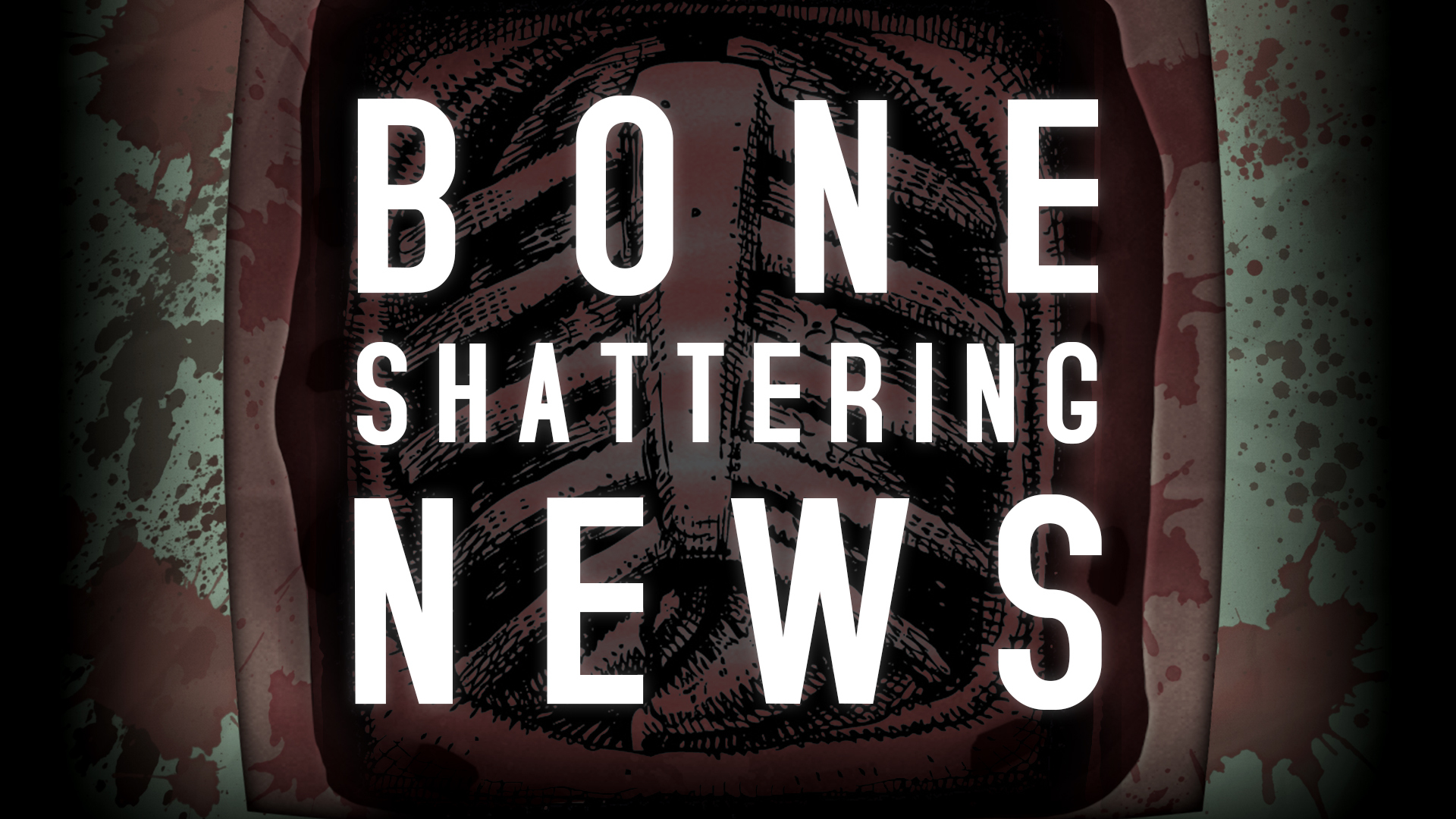 Let us know when it... clicks.

WIN the ULTIMATE BOSSA BUNDLE for YOU & THREE FRIENDS!!!
I am Bread - Ryvnhll 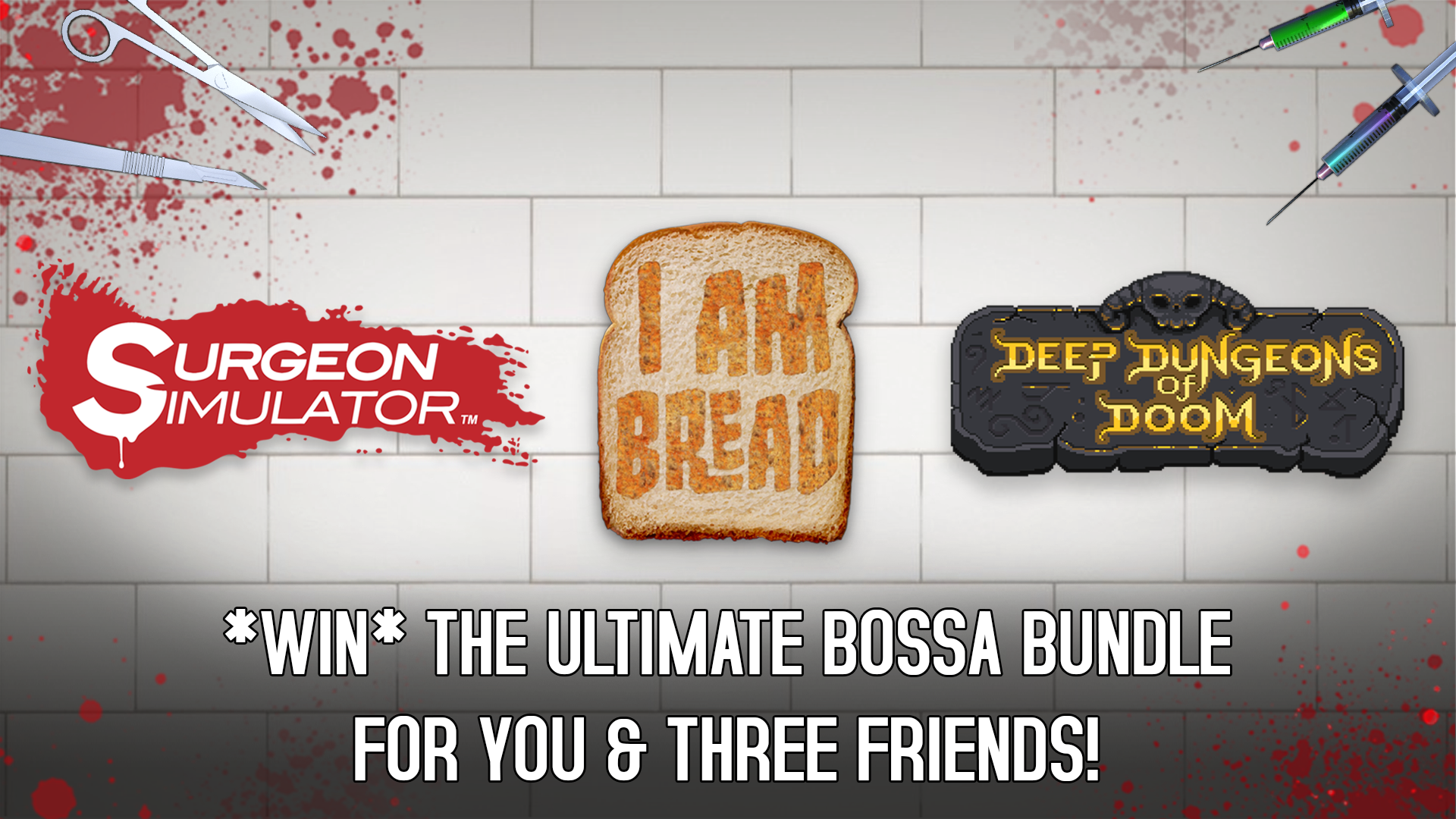 In the meantime, get on over to the game's official Twitter page for a chance to bag yo'self the ultimate Bossa bundle, including a copy of Surgeon Simulator, I am Bread & Deep Dungeons of Doom, for YOU & THREE mates! 💉🍞⚔️

Worlds Adrift - Out Now in Early Access!
I am Bread - Mangerive

After four years of development, and a boatload of anticipation, the world’s first Community-Crafted MMO, Worlds Adrift, begins its journey into Early Access today!

Created by Bossa Studios, the brains behind the acclaimed Surgeon Simulator and I am Bread, Worlds Adrift is our most ambitious game yet, offering an entirely user-generated environment, with a completely unscripted style of play.

Previously in Closed Beta, Worlds Adrift today launches into Early Access and begins a new chapter in its development.

To celebrate this milestone Worlds Adrift now includes a new culture - the Kioki Unity - and over 100 new islands from our Island Creator community. For a quick preview of some of the new Kioki islands take a look at the GIF above!

Worlds Adrift will continue to evolve throughout Early Access, based on the extensive feedback you, our loyal band of Travellers, continue to provide. To follow progress and receive the latest updates sign up to our newsletter and follow our Roadmap.

See you in the Skies!

Worlds Adrift is launching with the latest build, 0.2.0, updates include:

Join the Worlds Adrift team and a group of brave explorers as we soar up to 150ft in the air for an exciting launch day stream from 12pm - 6pm BST... on the deck of a sky ship brought to life!

In a World’s first (the real world that is), Bossa and friends will be celebrating the launch of Worlds Adrift by streaming the game suspended high over the beautiful London skyline.
Coming out of Closed Beta, Worlds Adrift launches into Early Access and begins a new chapter in its story. 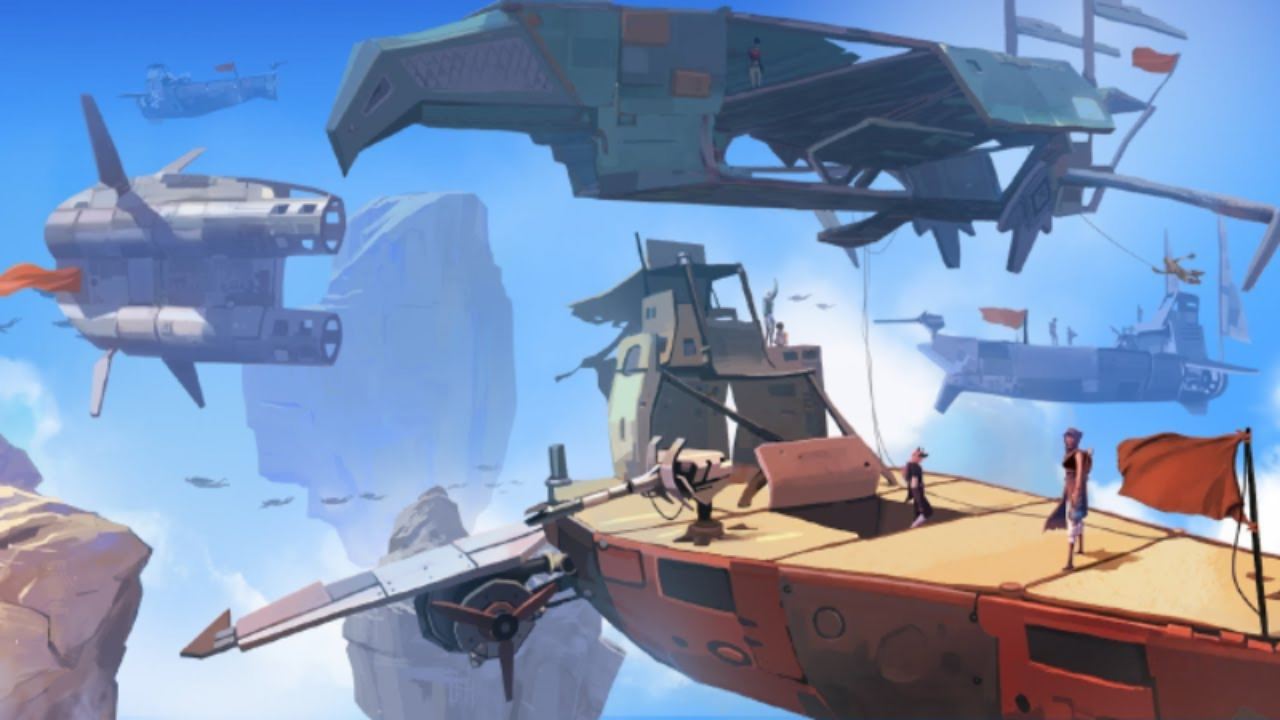