This update brings four new languages to Darkwood: Simplified Chinese, Italian, Turkish and Hungarian. There are also improvements to the German localization.

Fixes
- Fixed Musician not appearing in Chapter 2. Sorry about that! This fix will not be available if you've already started Chapter 2.
- Fixed "white screen" issue for Portuguese players.
- Fixed rare save game corruption in regards to interacting with the crazy Doctor in Chapter 2.
- Fixed incorrect outcome for Musician in the Epilogue when he was killed by the player.
- Fixed max stackable items exploit from traders.
- Fixed Dog and Mutated Dog being unlootable after being killed by a beartrap while having the Shadow Armor.
- Fixed Piotrek appearing in chapter 2 even though he died in the rocket explosion in chapter 1. This fix will not be available if you've already started Chapter 2.
- Fixed player invincibility exploit when entering gamepad menu.
- Many typos fixed.
- Fixed weak regeneration perk not appearing in journal and incorrect icon.
- Fixed dream about the Underground not spawning the Forest Spirit.
- Fixed credits ending too soon.
- Fixed incorrect number of items displayed in the journal.
- Updated handwritten fonts.
- Fixed instances where text would not fit on a note or in the journal for some translations.
- Memory optimizations.

This update was made possible thanks to the hard work of the awesome localization teams:

If you notice any issues with the update, please report them so we can fix them :)

French localization is almost done and should be ready pretty soon, although we don't have a estimate on when that could be.

Darkwood is available on consoles!
Darkwood - The Acid Wizard
Darkwood releases on all consoles this week! Check out our launch trailer produced in-house by the same people that made Darkwood look and sound as you love it! 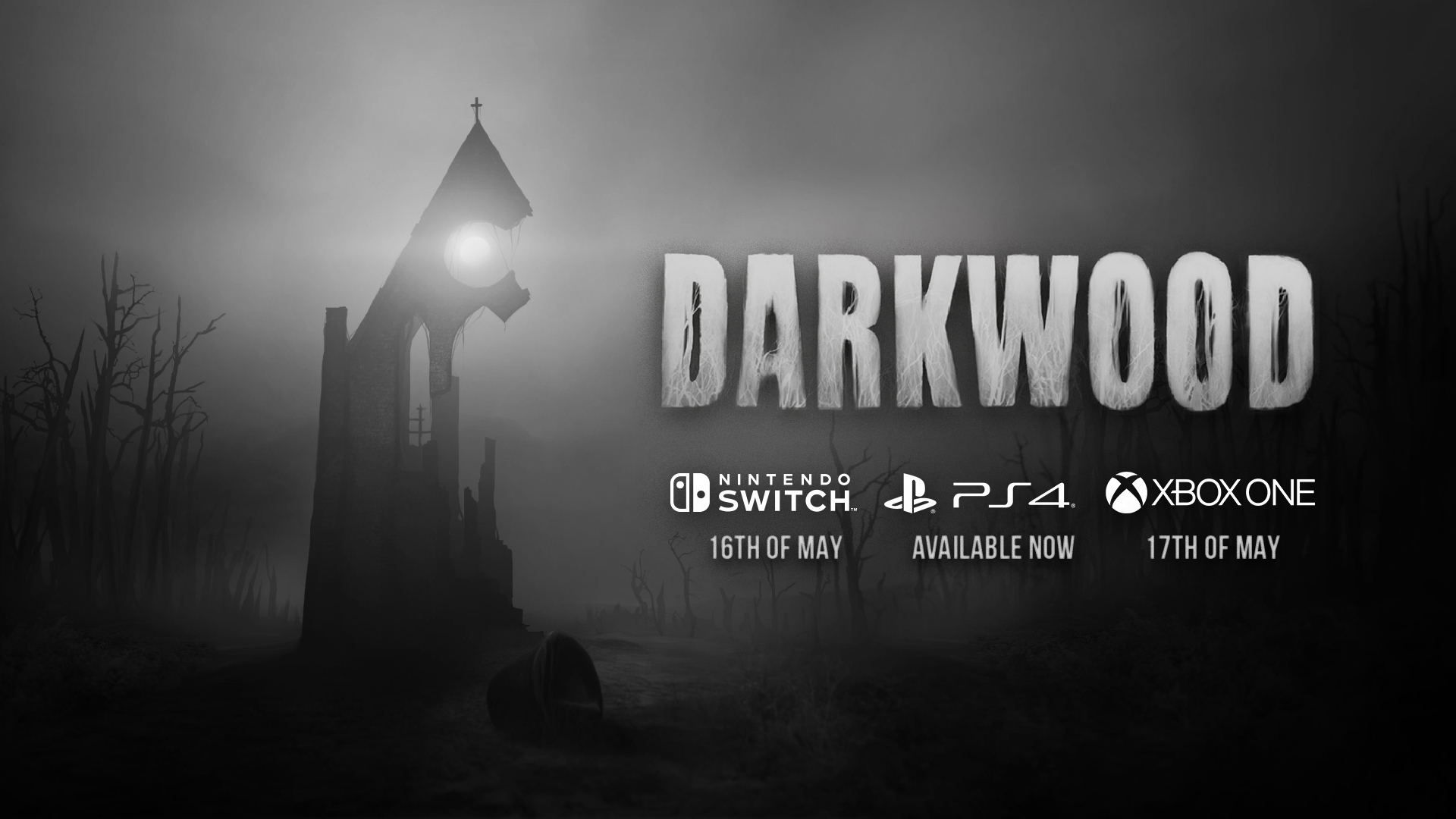 In other news, we have been working on a update for the Steam version that you might expect in the nearest future.

We ve been battered by wave after wave of survival romps since Minecraft popularised the genre, with its deadly nights and groaning zombies, almost a decade ago. In its wake, we’ve been introduced to a cavalcade of punishing, persistent environments intent on putting us in an early grave.

The masochistic impulse to put ourselves through the wringer for entertainment has spread to RPGs, management games, cosmic sandboxes and more than a few horror games, so even if you don t fancy punching rocks and trees while wandering around in the wilderness, you might still find a survival game to tickle your fancy. END_OF_DOCUMENT_TOKEN_TO_BE_REPLACED

Way, way back in the year 2013, Omri said this of Darkwood's pre-alpha:

I gauge the scariness of horror games using my patented Curl Chance™ system, which measures how likely I am to curl into a ball of whimpering fear when I play them. I rate the new trailer for Darkwood , an upcoming top-down survival horror title from indie group Acid Wizard Studio, a "Mommy" out of 10 based on the inky shadows and surreal sense of unease. 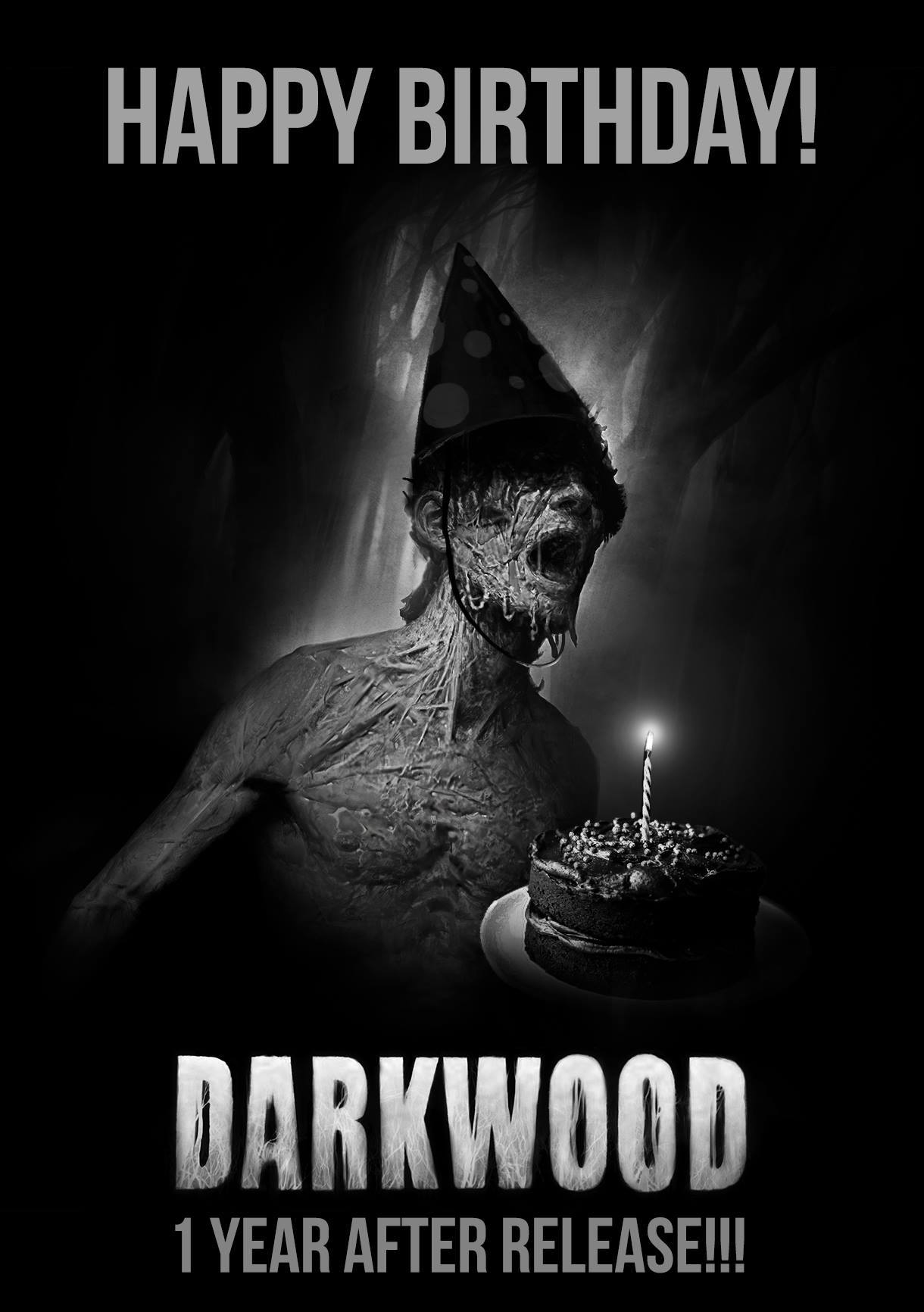 Exactly one year ago Darkwood was released! This feeling melts our acid hearts! To celebrate, you can grab Darkwood for -40% off right now!

We hope to have some cool announcements to share with you this year so stay with us!

Fixes
- Fixed issue with the gamma slider.
- Fixed many typos.

This update was made possible thanks to the hard work of the awesome localization teams:

More languages are coming in the future! Also, be on the lookout for more Darkwood related news this year!

This is The Mechanic, where Alex Wiltshire invites developers to discuss the difficult journeys they underwent to make the best bits of their games. This time, Darkwood [official site].

All roads lead deeper into the woods, says one of the twisted characters in Darkwood, an excellent and haunting game of survival in a nightmarish forest. There are horrors in its tangles of subsuming wood, things you won t quite understand, characters who aren t quite human, aren t quite friendly. A game in the tradition of Pathologic and STALKER, Darkwood was developed by a Polish team of three called Acid Wizard Studio, and in many ways, it sounds as if that mordant quote is a comment on their experience of making it.

Their desire to marry a strong non-linear story, meaningful choice, a threatening atmosphere, and a procedurally generated world that changes shape during play, led to serious challenges. As team working on their first-ever game, they d blundered into tackling some of the biggest design questions in games today. It was an extremely stressful experience, artist and writer Artur Kordas tells me, as Darkwood s development pushed into five long years. And part of their solution? Killing permadeath – a decision that led them deeper into the woods. END_OF_DOCUMENT_TOKEN_TO_BE_REPLACED