Merry Christmas! Support causes and... Stay Alive!
Blockstorm - Indiegala
Hello Blocksters!
We want to say Merry Christmas to all of you!
We were so proud to be part with Blockstorm in current Humble Yogscast Jingle Jam 2017. 100% of proceeds go to charity so if you hadn't the chance to check it you may want to do it now!

We also want to remind you that Stayin' Alive is now available on the Steam Store for a special launch price! 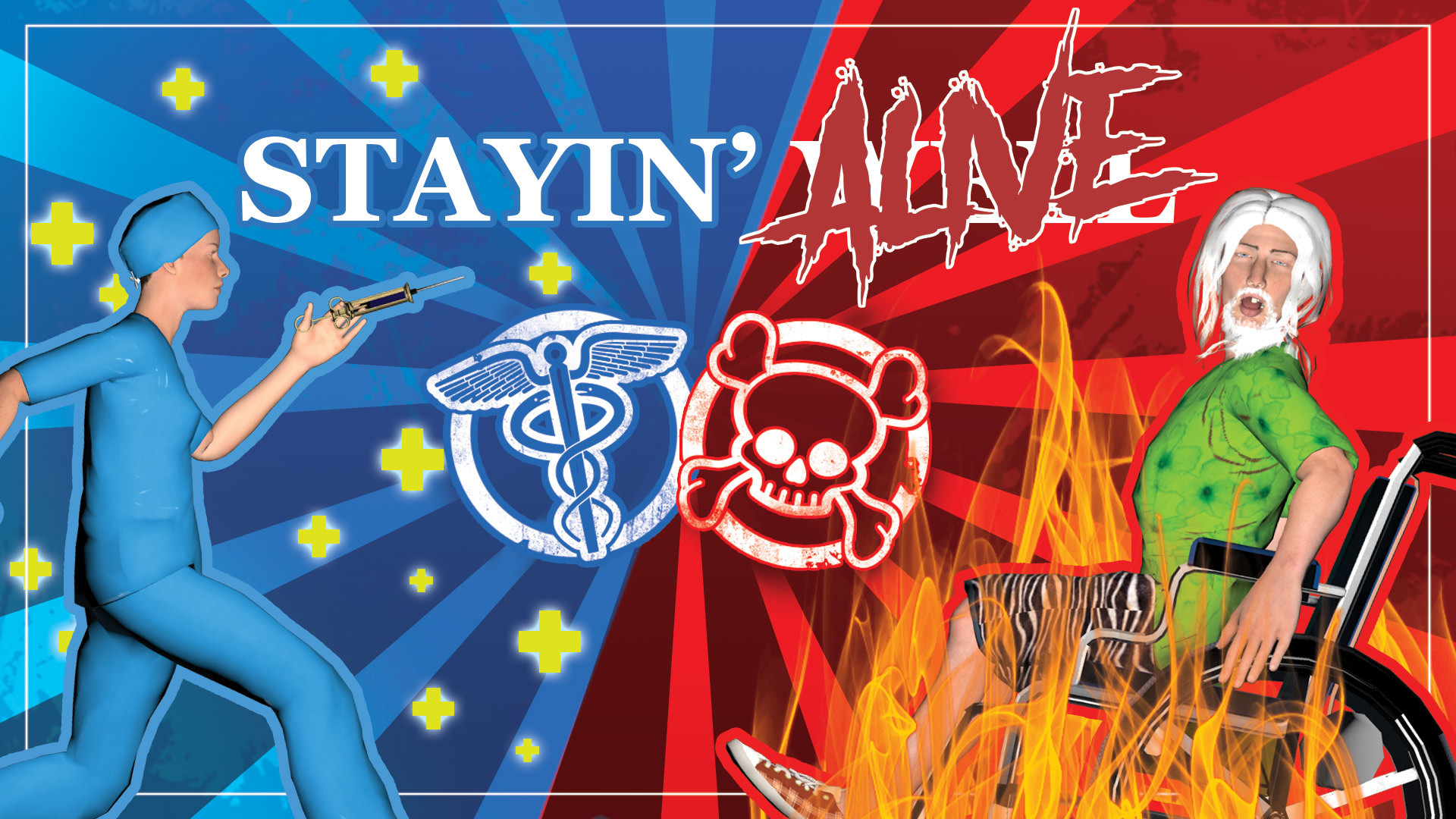 Join the frantic fun and take part in this surreal match between life and death.
http://store.steampowered.com/app/584890/Stayin_Alive/
Still undecided? Play the demo version for free and get a taste of what's all about.
We are just getting started: new maps, special items, ways to die and more features are coming in next updates!

We launched our new official Workshop servers.
Workshop servers are ranked like any other official server.
This means that if you join them, your score and your achievements
will be updated during the match.

Workshop servers periodically download the most voted and the most trending maps (according to Steam) in our community workshop and make them available to play online in dedicated servers.
Most appreciated maps (that is, maps that are mostly played till the end of the match by users) have a higher priority to be selected in the following matches. On the other end, maps that are not enjoyed by users (by quitting the match or not voting them) are automatically discarded.

We hope you'll be glad to see your custom maps in ranked servers too.
Soo.. have a nice fight and may the best win!
Share:

- [Workshop] When you update an item, you could choose if overwrite or not its description on Steam Workshop

FREE Blockstorm for everyone until November 9!
Blockstorm - Indiegala
Play Blockstorm for FREE starting now through Monday at 10AM Pacific Time. You can also pickup Blockstorm at 75% off the regular price!*

If you already have Steam installed, click here to install or play Blockstorm. If you don't have Steam, you can download it here.

Don’t miss the “Blockstorm Reward” initiative!
Blockstorm - BloodyladyRinoa
PROVE THAT YOU ARE ONE OF THE BEST PLAYER IN BLOCKSTORM AND WIN!

Every week we’ll reward the top 10 players with an Indiegala Every Monday Bundle!

How can I get this reward?
It’s simple!
- Play at your best and get in the top 10 weekly ranking
- An Indiegala profile (if you don’t have one go to www.indiegala.com and sign up)
- Connect your Indiegala account to your Steam profile (first time only needed)
- Press the button “Get your Prize” in your account and enjoy your bundle!

When can I get my prize?
You will be able to redeem your bundle from Monday 00:00 UTC till Sunday 23:59 UTC.
Please keep in mind that when you redeem your bundle, you will get the ONLY the current Every Monday Bundle at that time. If you will not redeem your prize, you will lose the chance to get it when the leaderboards will be reset.
Share:

Update [1.11] is out!
Blockstorm - davidebarbieri
A new bug-fix update is out. In this update we also included
the possibility to play music in-game (disabled by default).

Of course, we are still working on the *special* vehicle,
which will be introduced in the next update.
Soon we will reveal some additional details on such vehicle.

Post your best screenshots!
Blockstorm - BloodyladyRinoa
I know that you know, but... it's official! Blockstorm will be officially released on Steam May 21, awesome!
For this upcoming event, we would like to post tons of funny in-game screenshots!
I've found some amazing stuff in the workshop, and it would be nice to receive some from you!
Best screenshots will be posted on Blockstorm Facebook&Twitter page.
(NO NUDITY- NO OFFENSIVE- NO RACIST. FUNNY NOT RUDE.)
Share: