SimNationJan has been streaming Cities: Skylines since the very beginning! From his start in Streaming, on-top of an already successful YouTube channel, he's also started modeling his own assets for everyone to enjoy! 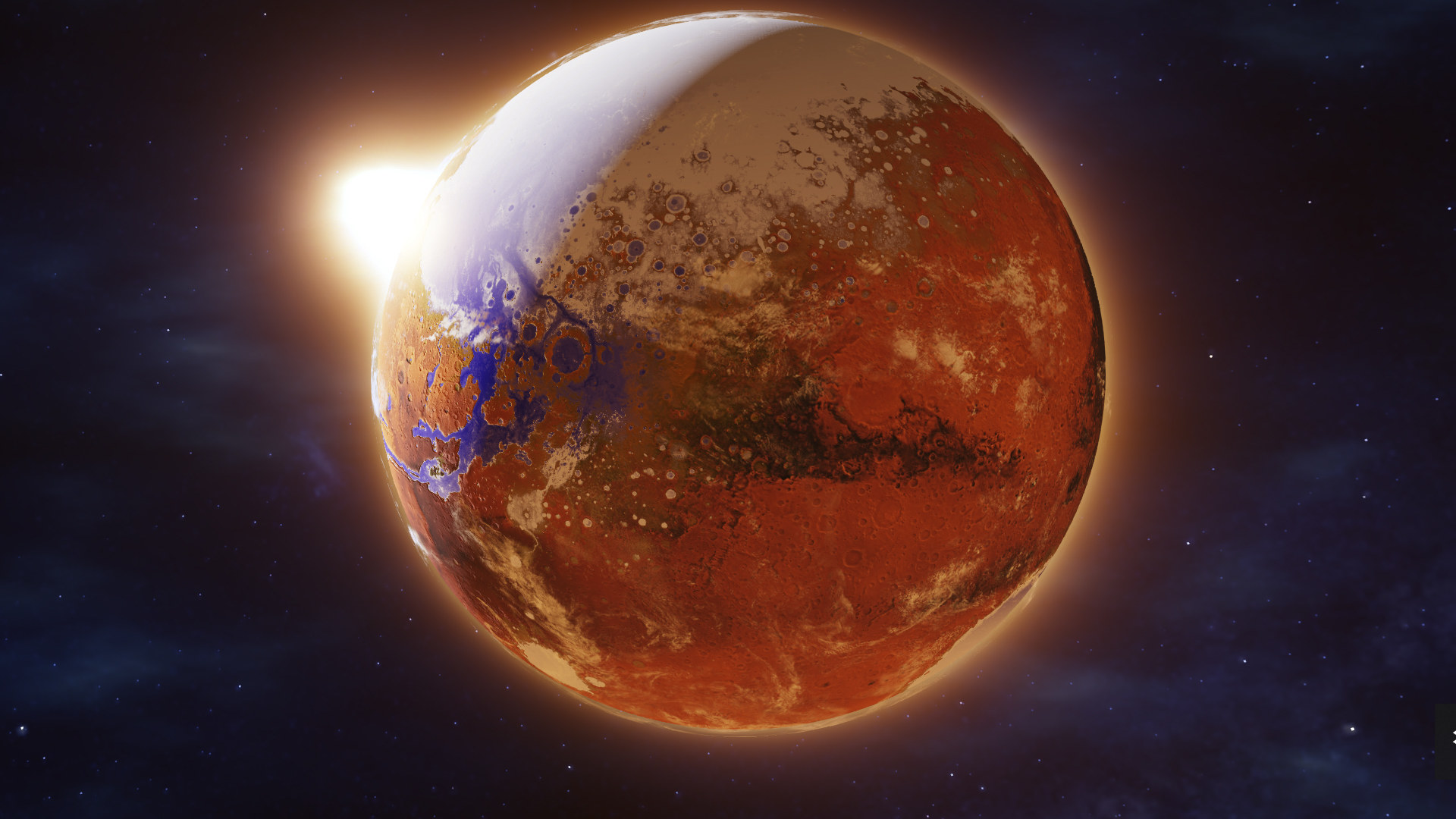 Paradox Interactive are pitching in on Covid-19 coronavirus relief efforts with a sale on several of their big management games and RPGs until Friday, April 3rd. You can snag some mighty hefty discounts on things like Cities: Skylines, Pillars Of Eternity, and BattleTech. Paradox are committing proceeds from the sale to the World Health Organization’s Covid-19 Solidarity Response Fund.

END_OF_DOCUMENT_TOKEN_TO_BE_REPLACED

To contribute, get our game here
https://store.steampowered.com/app/255710/Cities_Skylines/

The fundraiser sale will continue until April 3rd at 7PM CEST, with great discounts to both the base game and the deluxe edition.

Other games included in the fundraiser include Hearts of Iron IV, Surviving Mars, Age of Wonders Planetfall, BATTLETECH, Shadowrun, Tyranny, Pillars of Eternity, and Knights of Pen and Paper 2. Find them all here:

Join us on Friday, the 10th of April at 4pm CEST for the next Global Build-Off!

12 different creators from all over the world will have 1 week and a whole workshop of assets to build the best harbor they can!

"This CCP is definitely a milestone for me. I hope more people will become interested in Japan through this work. Thank you Paradox Interactive for this great opportunity! I'd also like to thank the players and creators who have supported me!" - Kaminogi

Remember - the sky is no limit and you are in charge!

Just when you thought it cannot get any better... Make sure to check Steam Store for some great offers on Cities: Skylines additional content.

Want to save some time on downloading our latest expansion? You're in luck! You can also play Sunset Harbor on GeForce NOW!

If you ever stared at the beautiful seas, lakes, and rivers around your cities in Cities: Skylines and thought “Surely I can monetise these as more than just dumping grounds for raw sewage?” you might want to check out the latest expansion. Launched today, Sunset Harbor adds new fishing industries to wring that wet silver from your waters. It has a grab bag of other new features too, and a new free update also arrived today with newness for all players.

END_OF_DOCUMENT_TOKEN_TO_BE_REPLACED

Mod Troubleshooting
Cities: Skylines - Avanya
Cities: Skylines comes with a massive workshop full of custom content that lets you customize your game to suit your playstyle, and if you use a lot of mods, you might be worried about what happens to your city now that patch 1.13.0-f7 is here. But fear not! I am here to guide you through the process and help you get back to building.

Since mods change how things work in the game, they are likely to break when a patch makes changes to the game itself, meaning your city won't load/work like it usually does. But don't worry, most mods update pretty quickly or can safely be removed, so you are unlikely to lose your city.

Just don't panic and if you do open your save, don't save over the file - save as a new file instead just to be safe.

If you play with a lot of mods
Will I be able to continue my old city?
Most likely yes, but it might be a few days depending on what mods you use. I'll help you figure out when you can safely start your city again.

Will ‘insert mod’ be updated?
Most likely yes - a lot of our awesome modders are working hard to get everything up and running again. But some mods will need larger fixes and as modders only have their free time, we might wait a while for some of them. Now is a great time to tell them how much we appreciate their work! And if there are already several comments mentioning the mod is broken, you don't need to comment. The modder knows and will update when they can.

Which mods are broken?
Follow this thread for a list of known broken mods, and updates as more are discovered and others are fixed.

Which mods do I absolutely need to load my city?
I don't have a complete list, but generally mods that add a network like Network Extensions 2, More Train Tracks, Metro Overhaul Mod, One Way Train Tracks and Extra Train Station Tracks are needed to load a city once you have used the networks they add in your city. If any of these are broken you'll have to wait for them to be fixed to load your city again. 81 tiles is another mod you'll need to wait for to be updated if you have used it.

Then there are mods like Traffic Manager: President Edition, any mod that changes population numbers (like Realistic Population and Consumption), Ploppable RICO and Plop the Growables, which you can load your city without, but it's not a good idea as your city will be chaotic at best and fall apart at worst.

A good way to determine how much you need a mod is to think of what it does. If it makes some big changes to how things work in game, removing it will cause problems. If it's something that makes things more convenient for you but doesn't really change how things function once in your city, it isn't a big deal to get rid of.

Still having issues?
You might have mods that broke before this patch - maybe last patch or long before that. I recommend checking out this list of broken and abandoned mods to get rid of any old ones you still have. It's a constant work in progress, so it may not be a complete list. See the tab at the bottom on how to use.
Share:

You know Ryuichi Kaminogi from the workshop, and now Paradox has teamed up with him to bring you the first Japanese buildings added to Cities: Skylines, bringing ornate models ranging from impressive skyscrapers to cozy udon and ramen shops. Content Creator Pack: Modern Japan includes 20 buildings and 6 props to give your city that unique feel of Japan.

And there's a new radio station too?
https://store.steampowered.com/app/1196100/Cities_Skylines__Coast_to_Coast_Radio/
Share:

Overground Metro
Imagine a busy city center, people walking towards a metro station and a metro train passing by in the background... That's right! One of the most highlyanticipated features, the overground metro, is coming to Cities: Skylines! Now you finally have the ability to build street level metro tracks or even raise them off the ground entirely! Plus, there are two new metro stations and a brand new metro vehicle as well. The new stations can naturally be connected to your old metro lines and underground metro network. These new buildings unlock at Milestone 6.

Since the metro vehicle model now looks more realistic and is longer than the old one, some changes were made to the underground metro stations and pathfinding. This feature won't affect old saves, however you won't be able to make the tracks turn as sharply as was previously possible. Metro lines can still be created the same way as before, by selecting the line tool and adding nodes on metro stations. You can change the elevation of the metro tracks with the same old Page Up and Page Down keys as always. Have fun planning new overground metro lines in your cities! 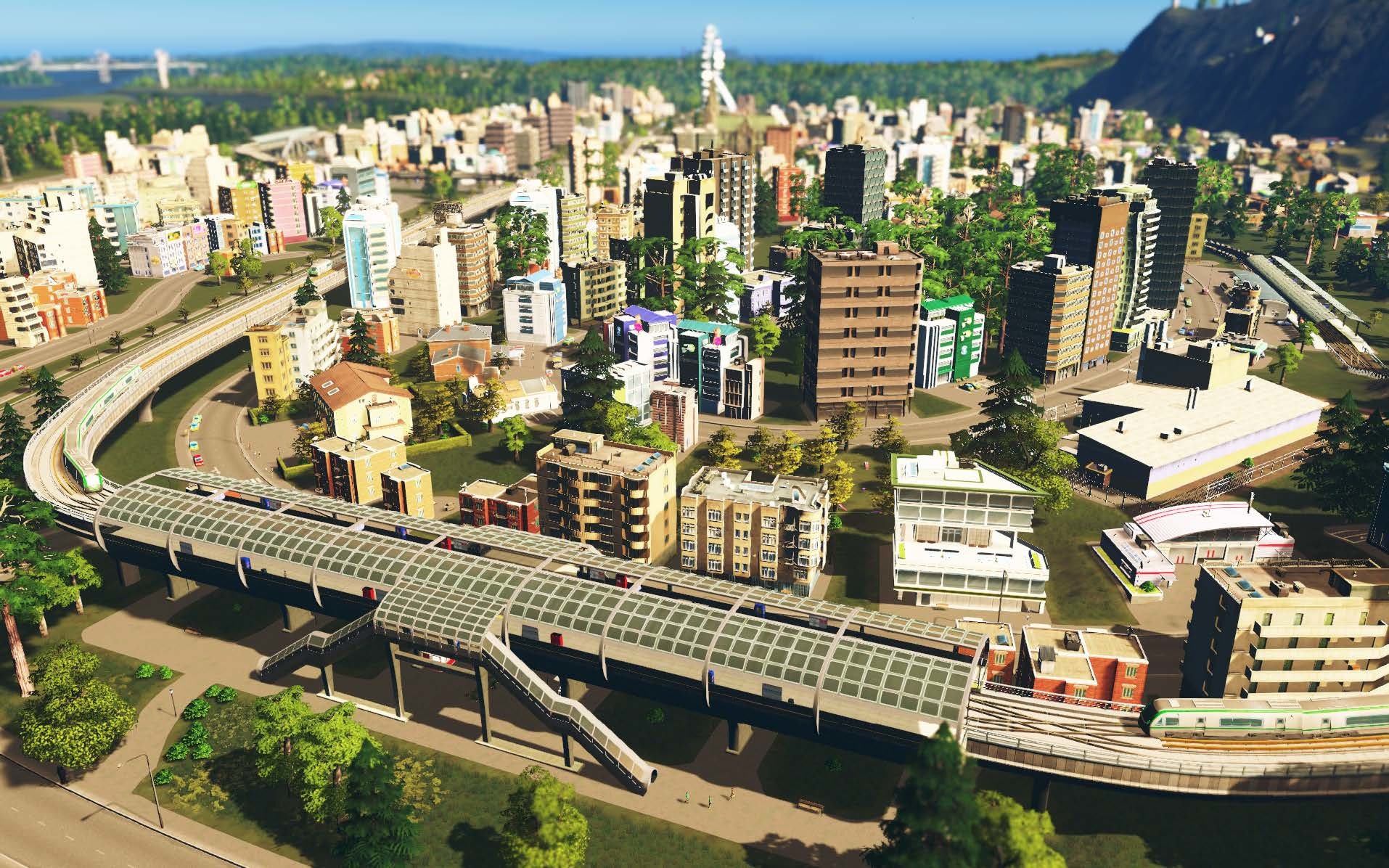 New Healthcare City Services
As a part of the free content update, we offer a place for all elderly people to gather and spend time together, take part in hobbies and get treatment for the various ailments old age brings. Studies show that placing an Eldercare facility in your city increases the health of all elders, heals sick elders and increases the average lifespan of all citizens. Building Eldercare buildings might also attract more elders to move into your city.

In addition to looking after the elderly, there is also another healthcare city service. The Child Health Center increases the health and, ultimately, the happiness of all children and teenagers in the neighborhood and increases the birth rate nearby. There is also a high chance of a sick minor getting cured when visiting the building. Together, these new additions come with a new Advisor text and an updated Health infoview.

Eldercare and Child Health Center to care for the elderly and children.

Improvements
On top of the free content mentioned above, Sunset Harbor also includes lots of smaller improvements. The biggest of them all is the Tutorial Message Log. You know how sometimes you forget a tutorial text that popped up a moment ago and you want to read it again more thoroughly but can't find it anywhere? Well, now you can access all unlocked tutorial messages from a neat new log! The Tutorial Message Log can be found in the pause menu. It even comes with a search bar and categories to make searching easier when there are lots of unlocked tutorials. 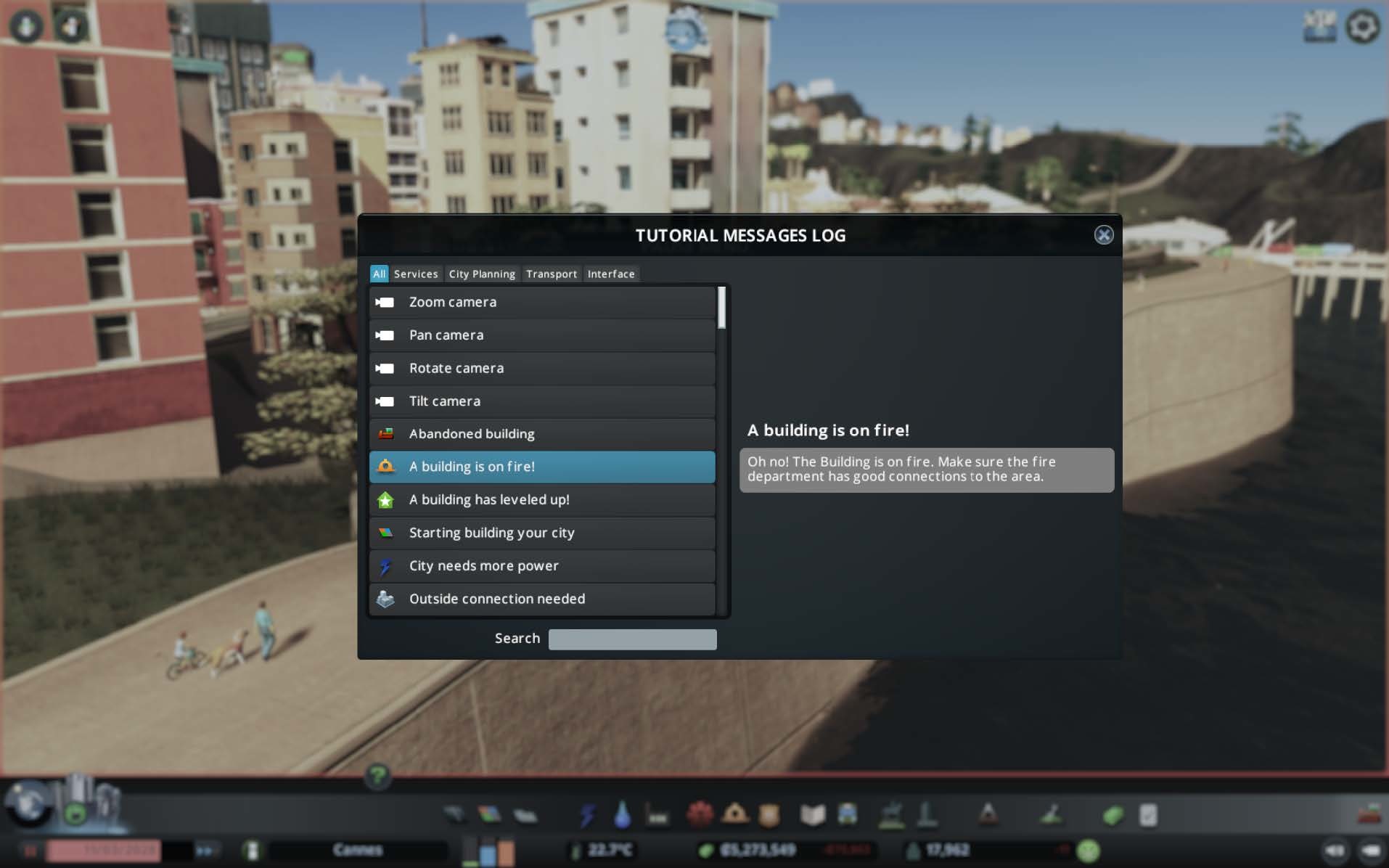 Another handy new feature is the possibility of loading a game and having it start in a paused state. No more rushing to pause the game immediately after loading. This option will be on by default, and you can turn it off anytime from the Gameplay Options. The camera position can also now be saved when saving the game. This means you get to continue exactly where you left off when you load a saved game. If you save the game while zoomed in on a certain building for example, you will continue from the exact same place when you load the game again.

Placing buildings on curved roads and slopes has also been made simpler with more flexible building placement. Building onto the inside curve of a curved road, for example, is not challenging anymore. Building pedestrian paths is easier now, too.

And last but not least, we have walkable quays. Quays can now be edited in the Asset Editor to allow pedestrian paths on top of them. This makes quays work like pedestrian paths, which is a nice addition to city-planning and allows for detailing the shoreline in-game.

And this wraps up Sunset Harbor DLC Dev Diaries! In addition to this free content, there are a lot of new features available ranging from the Fishing Industry all the way to Trolleybuses, the Waste Transfer System and Inland Water Treatment Plants. Are you already excited for Cities Skylines: Sunset Harbor? It's coming out soon, so you can already start planning on how to incorporate all these neat features into your new or existing cities!


PS. Don't forget to check out the video tutorial from Bsquiklehausen! Subscribe to our YouTube channel to not miss out on any of them - https://pdxint.at/Subscribe