"Stand by for clearance Normandy," bellows Captain David Anderson as the iconic ship approaches Citadel Dock 422. Shortly thereafter the wonder of the galaxy's epicentre hits you like a sledgehammer, its empyrean skyline a majestic marvel among the cosmos. However, there exists a monumental issue that has plagued this cutscene for over a decade: it has aged like a fine wine, if only said wine had its cork removed long before it was shelved.

Fortunately, there is a fix. After the divisive denouement of Mass Effect 3 ripped a fissure in the community, a group of fans banded together to rewrite the series' disgruntling culmination. Thus the Mass Effect modding community was born, brewed from a chaotically potent cocktail of discontent and desire for more. "We only have Mass Effect 3 mods because of the terrible endings," Spectre Expansion Mod author Tydeous tells me in a recent interview. "People hated them with such passion that it spawned an entire community that wanted to fix them."

Although the ensuing ending mods were relatively renowned within Mass Effect circles, the movement didn't stop there: accepting the unlikeliness of an official remaster, these dedicated tinkerers decided to work on a complete 4K overhaul of the entire trilogy, as well as orchestrating their own original mods to boot. The aim of this enterprise is to complete Mass Effect Modding Workshop creator Ryan "Audemus" Ainsworth's own labour of love, ALOV (A Lot Of Videos), which is the result of a community-wide effort to remaster Mass Effect's inaugural iteration. 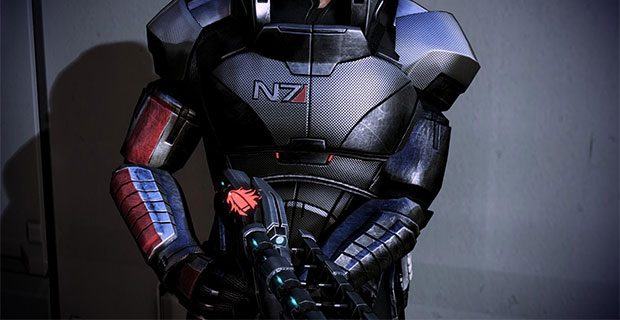 END_OF_DOCUMENT_TOKEN_TO_BE_REPLACED

Of the many improvements and features Bungie is introducing in Destiny 2, new sub classes such as the Warlock Dawnblade hold the most potential to dramatically change the tides of battle. This guide reveals each and every Warlock Dawnblade abilities, with instructions on how skills work and in-game text that details their effects.

A grenade that unleashes bolts of Solar Light at nearby enemies. Binds to L1.

A grenade that creates a flare of Solar Light which continuously damages enemies trapped inside. Binds to L1.

An explosive grenade that causes bonus damage when attached to its target. Binds to L1.

Press L1 + R1 to weave Solar Light into blades and smite your foes from the skies. Binds to L1 + R1.

Press and hold Circle to conjure a well of Light that continuously heals those inside it.

Press and hold Circle to conjure a well of Light that increases the attack power of those inside it.

Glide jump ability provides bonuses to both speed and control.

Killing an enemy with Daybreak extends its duration.

A powerful melee ability that damages enemies while also increasing your movement and reload speed.

A powerful melee ability that ignites enemies and causes them to explode.

Hold Circle while in-air to quickly Descend and regenerate health.

While Daybreak is active, Descend causes explosive damage where you land.

While in air, aim your weapon to hover in place for a short time. Dealing Precision damage extends this effect's duration.

I know you’re supposed> to say the first one’s best, but Mass Effect 2 is definitely my favourite in the series. … [visit site to read more]

Mass Effect 2 [official site], the game I’d say mmmight be my favourite of BioWare’s fab sci-fi RPG series, is currently free through Origin. Grab it now and it’s yours for keepsies. If you’ve not played a Mass Effect before and are curious now that Mass Effect Andromeda is due in March, here you go! You’ll miss out from not having played the first game–I think a lot of ME2’s best points are built upon the first game or are interesting in juxtaposition–but I’m sure you’ll pick up what’s going on. I see that clever twinkle in your eye. … [visit site to read more]

Spoiler alert, RPGs are kinda ridiculous. Most games are, of course. While the Mythbusters may have shown that carrying Doomguy’s loadout into battle isn’t as bad as it might sound, there’s a reason they’ve never done a follow-up about doing it after taking a few rockets to the face. Likewise, we can’t know the effect of glugging down fifty health potions a day, but it must mean a lot of pauses for the heroic knight to hurriedly get his armour off for a quick pee-break.

Like a lot of things, there’s a line here – on one side, things that are interesting to see a game justify, and on the other, things that are probably best handwaved. Where does that line lie?

I have no flupping idea what to expect from Mass Effect Not-4, aka Andromeda [official site], given all signs point to it being a clean break from the Shepard saga. But the reveal that combat will be similar to Mass Effect 3’s frantic shooty fare does start to make it a solid thing in my brain, rather than an entirely abstract concept with a few twinkly stars in it. … [visit site to read more]

An entirely objective ranking of the 50 best PC RPGs ever released. Covering the entire history of computer role-playing games is a daunting task and attempting to place the best games in such a broad genre in any kind of order is even more daunting. Thankfully, we are equal to all tasks and below, you will find the best fifty PC RPGs of all time.

From the makers of Star Wars®: Knights of the Old Republic™, Dragon Age: Origins™, and Mass Effect™ comes the dark second installment in the thrilling Mass Effect Trilogy!

Two years after Commander Shepard repelled invading Reapers bent on the destruction of organic life, a mysterious new enemy has emerged. On the fringes of known space, something is silently abducting entire human colonies. Now Shepard must work with Cerberus, a ruthless organization devoted to human survival at any cost, to stop the most terrifying threat mankind has ever faced.
To even attempt this perilous mission, Shepard must assemble the galaxy’s most elite team and command the most powerful ship ever built. Even then, they say it would be suicide. Commander Shepard intends to prove them wrong.

Every Sunday, we reach deep into Rock, Paper, Shotgun’s 141-year history to pull out one of the the best moments from the archive. This week, John’s interview with voice actress Jennifer Hale. This post was originally published July 27, 2011.>

Jennifer Hale has appeared in a great many more games than you probably realise. The person behind the voice of the female Shepard in all three Mass Effect games is also responsible for Metal Gear’s Naomi Hunter, SOCOM’s HQ, the spookily good British accent of KotOR’s Bastilla, and even the grunts and groans of Metroid Prime’s Samus, among literally hundreds of others in gaming, TV and film. We caught up with Jennifer as she drove through LA, to ask how she came to provide so many of gaming’s iconic voices, the combination of anonymity and fame, and which of the Commander Shepards she’s voting for to appear on Mass Effect’s cover.