After all, it’s not every day we get to talk about a feature this big and it just cannot wait.

We are pleased to offer you a first look at the upcoming v4.1.2.0, which you can review in the Patch Notes. This Dev update is focused on the major addition introduced in this update!

There are many opportunities in Grim Dawn to embody your character, whether that’s through paramour relationships or by painstakingly reviewing Devil’s Crossing’s tax forms as the Bureaucrat. We are now ready to take things a step further by announcing…Scorv Mode! 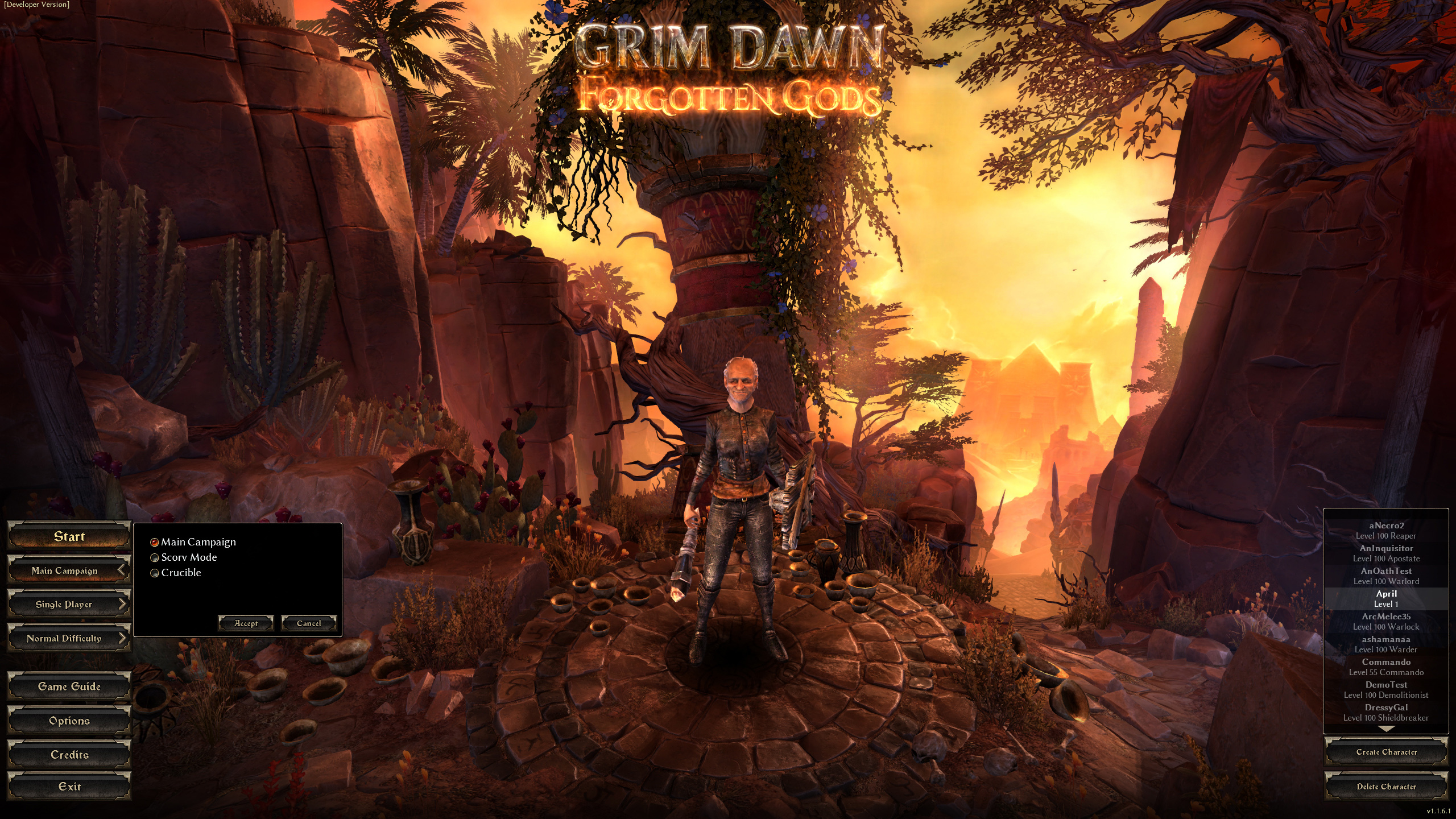 Grim Dawn V1.1.6.0 is now live!
Grim Dawn - Zantai
An exciting update is upon us! Grim Dawn v1.1.6.0 is now live for your enjoyment, and with it the addition of all new Unique and Monster Infrequent items. And let's not forget Monster Totems, a twist on the Corrupted Shrine mechanic that's sure to spice up your loot runs as you explore Cairn. 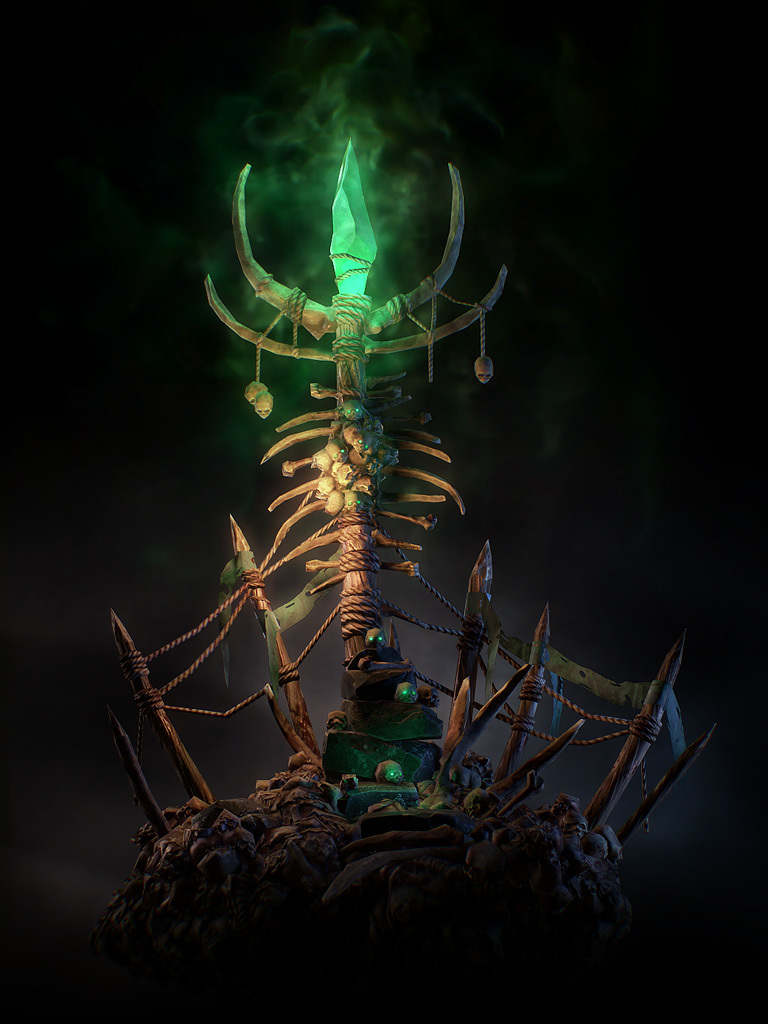 This is on top of numerous backend and balancing changes that continue our eternal goal to improve build variety!

We hope you enjoy!

Happy Fourth Birthday to Grim Dawn!
Grim Dawn - Zantai
Four years ago, Grim Dawn left Early Access to become one of the highest rated ARPGs of all time. To this day, the game remains above 90% with two very successful expansions that have rounded out the experience!

We had no idea what an epic journey this would turn into, but it was well worth it! We’d like to thank you all for coming along with us!

Now…let’s blow out some candles! 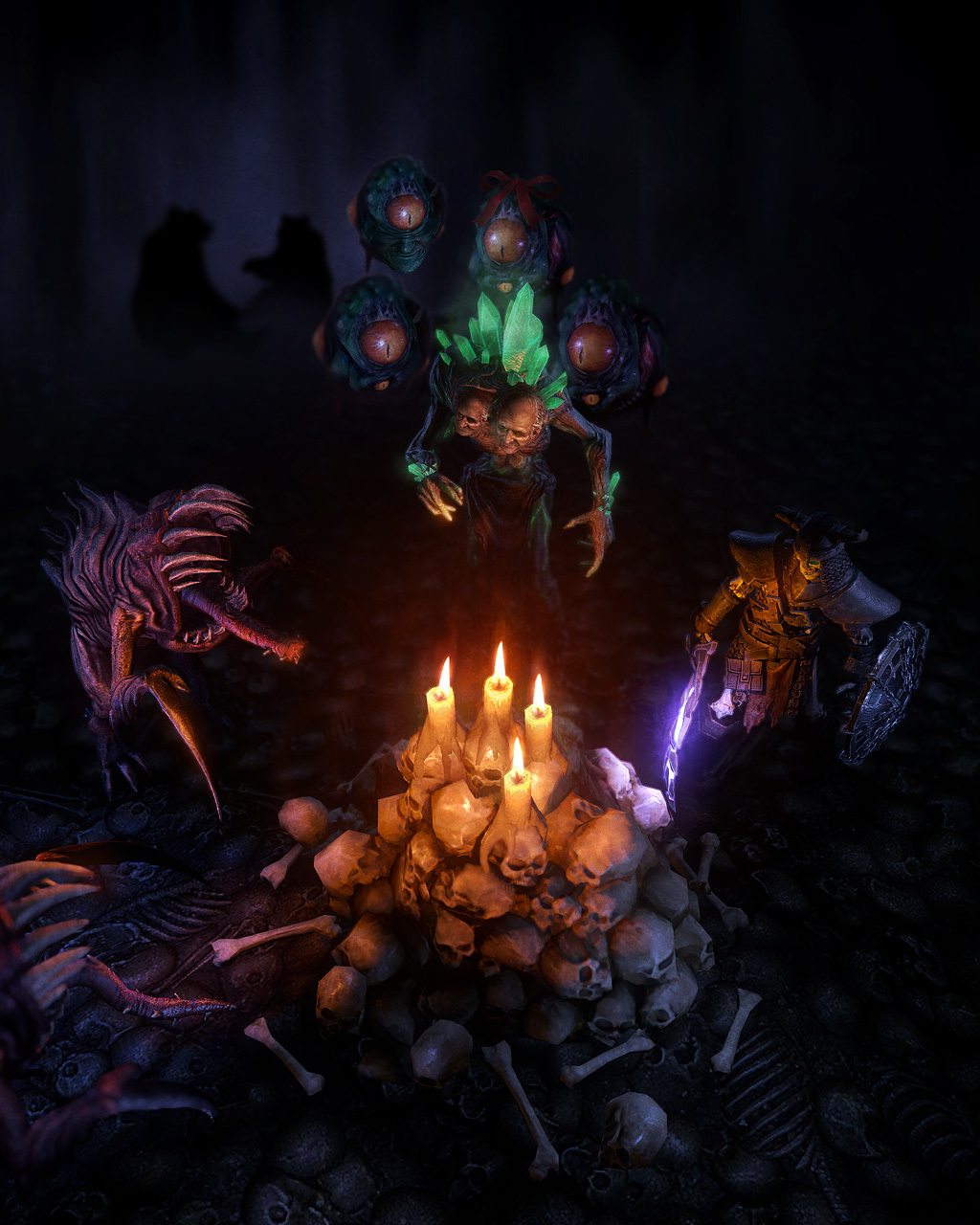 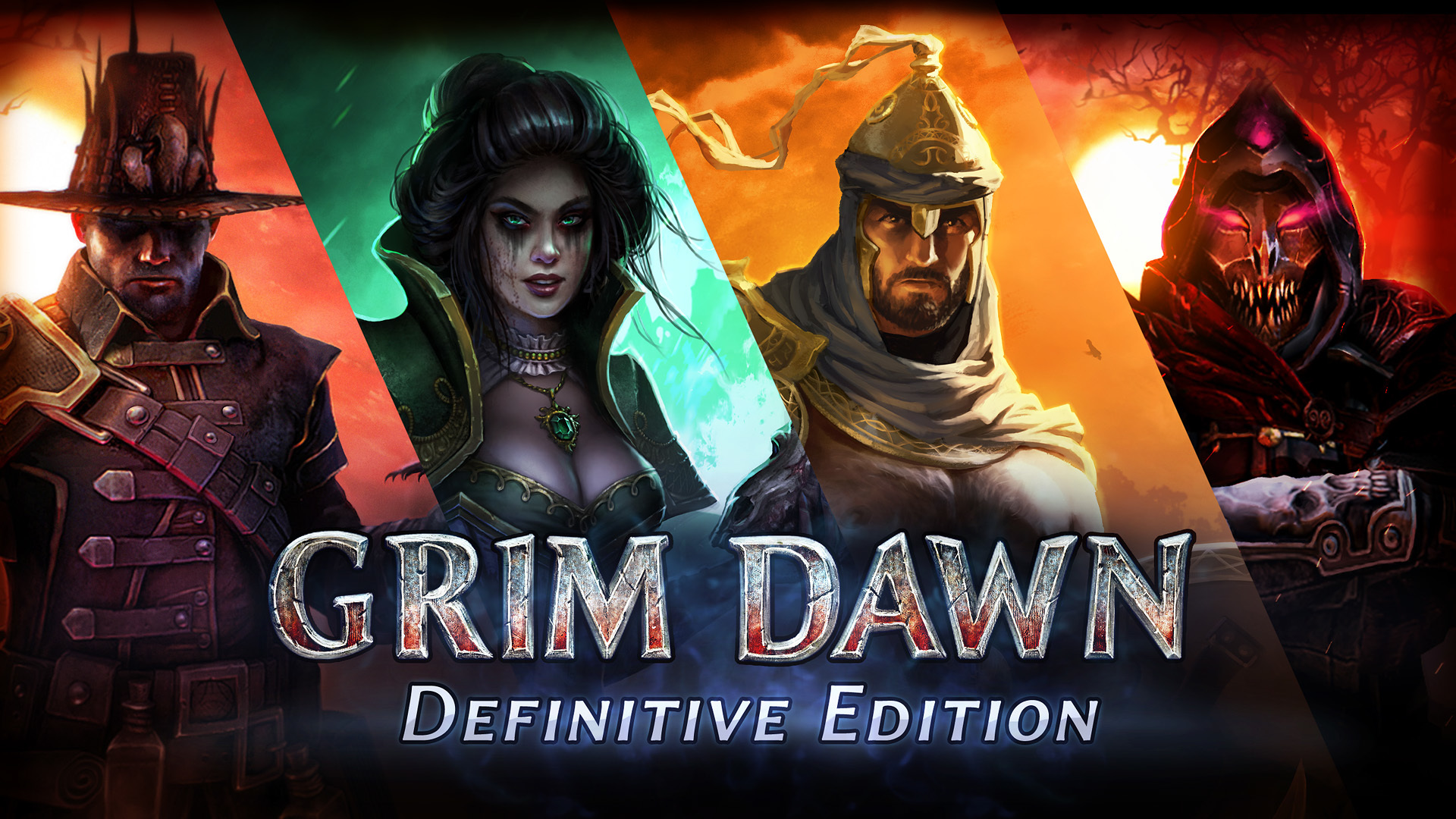 Included are the base game, the Ashes of Malmouth and Forgotten Gods expansions and the Crucible game mode DLC, which means you’ll be ready to jump into the endgame with all the other players with just one simple purchase!

Grim Dawn has been a tremendous adventure for us here at Crate Entertainment and this bundle puts in perspective just how much work went into it. We want to thank all of our fans that have been with us along the journey and shared news of Grim Dawn with their friends.

There are still more great things to come, including an Xbox port, so stay tuned for future updates! But in the meantime, enjoy the massive additions and improvements of our largest free content update ever, v1.1.5.0!
Share:

With v1.1.5.0, Grim Dawn has received a staggering update to itemization, over 6000 database changes. If that alone were not enough, v1.1.5.0 also features the Tomb of the Heretic roguelike dungeon for Forgotten Gods and a series of smaller dungeons that will lead you on a quest to uncovering its entrance. The claim that this is Grim Dawn’s largest update ever is no exaggeration. For just a taste of all that’s in store for you, you can read the changelog at the forum. 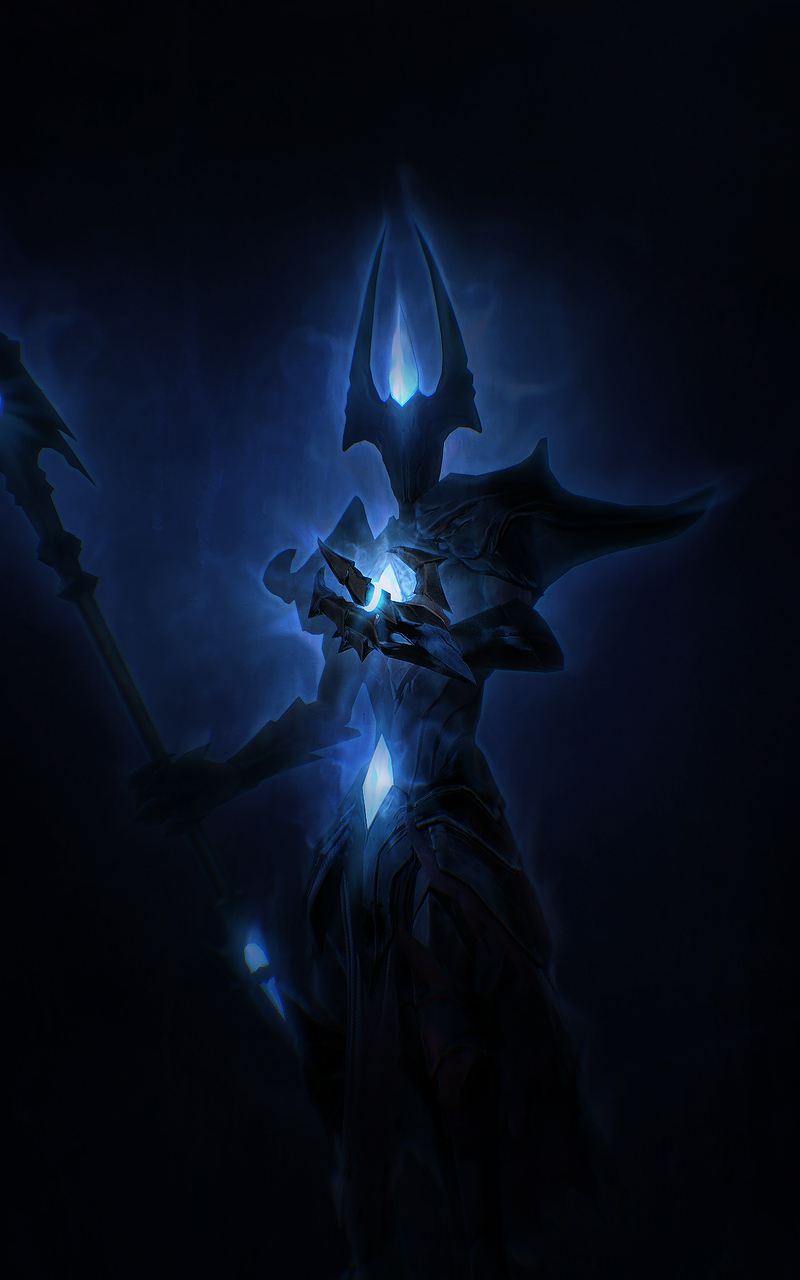 We are beyond proud to get the culmination of many months work into your hands today and hope you all enjoy!
Share:

The action-RPGs you should be playing in 2019
Grim Dawn

Clicking on monsters until they explode in showers of shiny loot—over and over again, for the promise of a slightly better pair of pants—is quintessential PC gaming. Most action-RPGs benefit from long lifespans thanks to a steady treadmill of refining skills, acquiring better loot, and endless dungeon crawling. But even the best action-RPGs aren’t immune to the ravages of time, and genre go-tos Diablo 3 and Path of Exile have been around for years now. As they grow older, several plucky newcomers have emerged in 2019, eager to gobble up weeks of your life. Some cling tightly to the Diablo tradition while others fearlessly blow it up to take a different path.

If you've stayed more than awhile in the world of Diablo, and made your way through Path of Exile's massive skill tree, these are the action-RPGs you should be playing in 2019.

Who Should Play: Fans of Diablo 2 and Titan Quest. Anyone looking for a traditional action-RPG experience.

Grim Dawn is the spiritual successor to Titan Quest, one of the few truly excellent action-RPGs to bridge the long, lonely era between Diablo 2 and 3. Titan Quest’s legacy is partially reflected in the class mastery system, which combines two masteries to create a unique class hybrid, such as my dual gun-wielding Pyromancer (Demolitions + Occultist), who’s armed with fire-spewing revolvers, a mortar trap, a demon dog, and a raven familiar.

Forgotten Gods adds a ninth mastery, the Oathkeeper, bringing the total class combinations up to a staggering 36 (although I found the Oathkeeper, a shield-focused warrior, a bit boring compared to other masteries).

Forgotten Gods takes full advantage of its new setting. The Korvan Basin features a lengthy stint in the desert, followed by jungle ruins and a volcanic wasteland, a much-needed change of scenery from the base game’s homesteads and swamplands. Grim Dawn’s other major legacy feature from Titan Quest is to flip its middle finger at the randomly generated levels that are typical of action-RPGs, instead creating hand-crafted map designs. It feels more like a "real" fantasy world than a randomly generated series of hallways and dead ends.

The expansion also attempts to solve the replayability issue by splitting the main questline among three different factions. The story is largely the same, but being able to choose different quests on subsequent playthroughs (or multiple characters) is a welcome feature that more ARPGs should use.

For even more replayability, Forgotten Gods takes a smart cue from Diablo 3: Reaper of Souls by adding the Shattered Realm, which works very similar to Diablo 3’s Rifts. Like the Rifts, the Shattered Realm eliminates loot and experience while battling through these series of randomly organized dungeons and boss battles, but I’m pushed to go as far as I can to gain a better treasure hoard at the end.

For newcomers, you don’t have to complete the entire base game to enjoy Forgotten Gods (unlike the previous expansion, Ashes of Malmouth). You need only complete the first act before the Emissary will show up in town, whisking you away to the more colorful Korvan Basin, with properly scaled enemies. Forgotten Gods reminded me that Grim Dawn is still one of the best traditional action-RPGs around.

Inserting MOBA-style heroes into an action-RPG may be a bit blasphemous, but Pagan Online provides a fun twist on the genre, with 10 wildly different heroes, each with their own unique weapons and skills.

Playing so many different heroes is an alt-oholic’s dream, as once unlocked, I can seamlessly switch heroes between missions, whether running through the surprisingly meaty campaign or engaging in random survival missions. Gear has no level restrictions, and lower level heroes receive a fat XP boost, granting even further incentive to experiment with multiple heroes.

None of that would matter if the heroes weren’t interesting and fun. Thankfully there’s a rich variety of melee and ranged archetypes, from the standard elemental mage and axe-twirling barbarian to the more exotic tarot card-using fan-dancer and blood-whip demoness. Each hero has its own unique weapon and skills, with each skill including multiple upgrade paths.

The fast-paced combat, compact levels, and WASD movement emphasize quicker and more intimate battles, where dodging enemy abilities is as important as knowing when and where to deploy the right attacks, and knowing how to use each hero’s signature traits and styles to their fullest extent.

Pagan Online stumbles when it comes to the actual “online” component. The campaign is limited to single-player only (despite being largely structured the same as missions), and multiplayer is limited to two players. Unlocking additional heroes is also a needless pain, the one carryover from free-to-play MOBAs that Pagan Online should’ve left behind. As I wrote in my review, be prepared for a grind. Those caveats aside, Pagan Online delivers a fresh take on a genre that's often hesitant to change.

Killsquad sets itself apart with its sci-fi setting and arcade-like combat. It strips away most loot and standard level progression in favor of jumping into enemy-filled missions with up to four players. Combat is much more focused on player skill and coordination rather than who has the bigger numbers and better loot, and thus depends on matchmaking and population (if you don't have your own go-to squad) more than other action-RPGs. It’s also the best-looking game of the bunch. Hopefully Killsquad can build its audience as I've liked what I've played so far.

Last Epoch is gunning to be the next Grim Dawn, but where Grim Dawn uses Titan Quest as its base model, Last Epoch unapologetically worships Diablo 2. Map and enemy designs leave much to be desired but the classes, loot, and skill trees check all the right boxes. I especially love the option to specialize in certain skills, opening up entirely new skill upgrades. The unique time-traveling campaign is inspired by Chrono Trigger’s time-hopping story, as you work to reverse the apocalyptic end of the world. Last Epoch is a bit rough around the edges but is off to a promising start. It'll supposedly be out of Early Access in spring 2020.

Patch V1.1.4.1 is now live!
Grim Dawn - Zantai
A mini patch in itself, the latest update for Grim Dawn addresses a number of issues as well as includes all new improvements!

For the full list of changes, stop by the forum!

For those of you that supported us with a purchase of the Loyalist Item Pack #2, you should speak to Lancel the Knight again to embrace a darker form of wizardry... 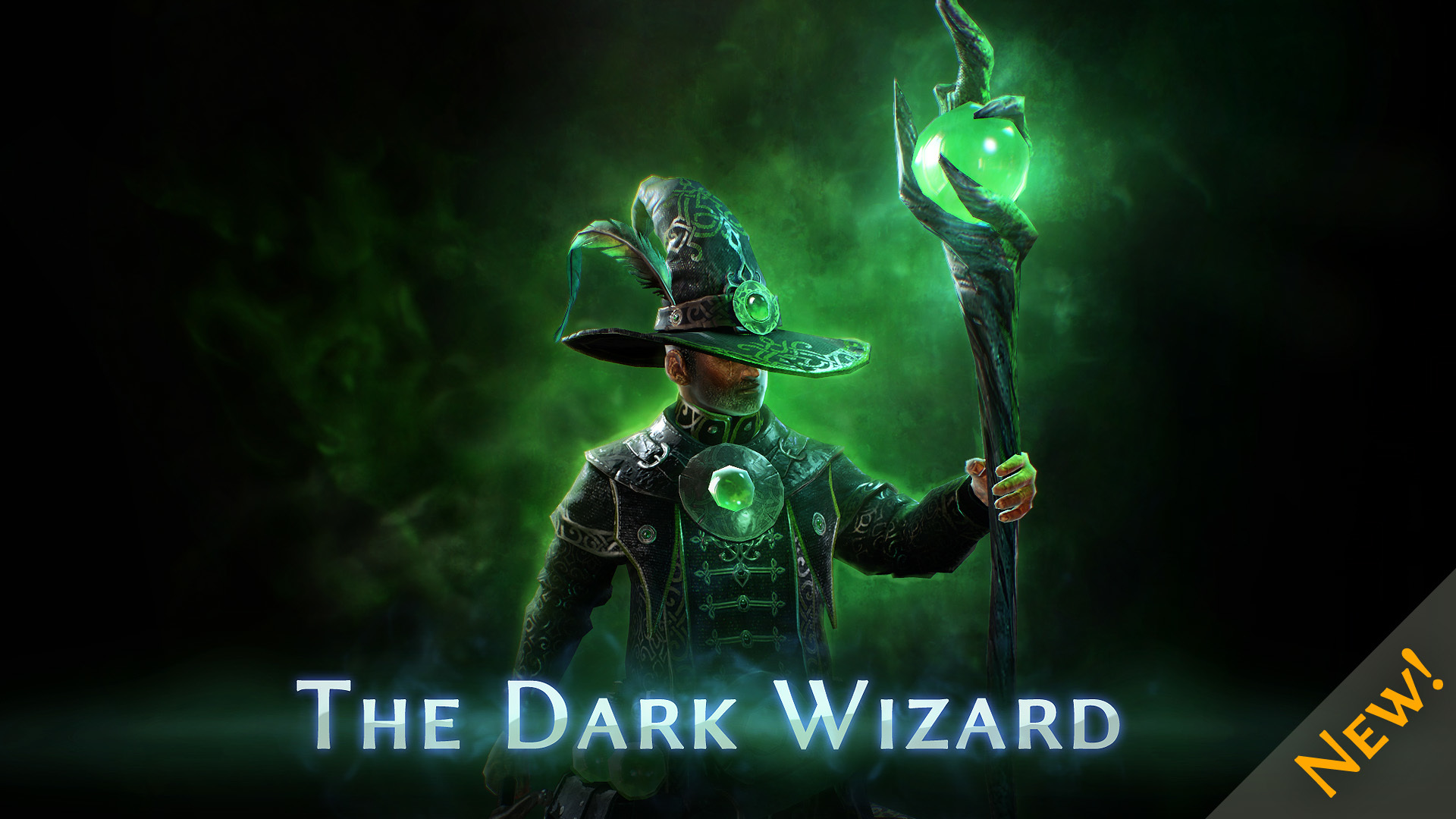 Grim Dawn is at its best with release of v1.1.4.0!
Grim Dawn - Zantai
Grim Dawn's huge free feature update is now live, which marks a significant step forward in the game’s evolution. The v1.1.4.0 update includes major improvements to the game engine which not only means significant performance gains but also enhanced skill effects and dynamic lights that really make the combat come to life.

The patch comes packed with quality of life improvements players have been asking for, including monster health bars, search functions for items and auto-looting for materials and consumables.

We are thrilled to get this update into players’ hands. It has been a labor of love that puts Grim Dawn at the best it’s ever been!

V1.1.4.0 Preview
Grim Dawn - Zantai
A major update is coming to Grim Dawn later this month and it is is absolutely packed with Quality of Life features that players have been asking for! 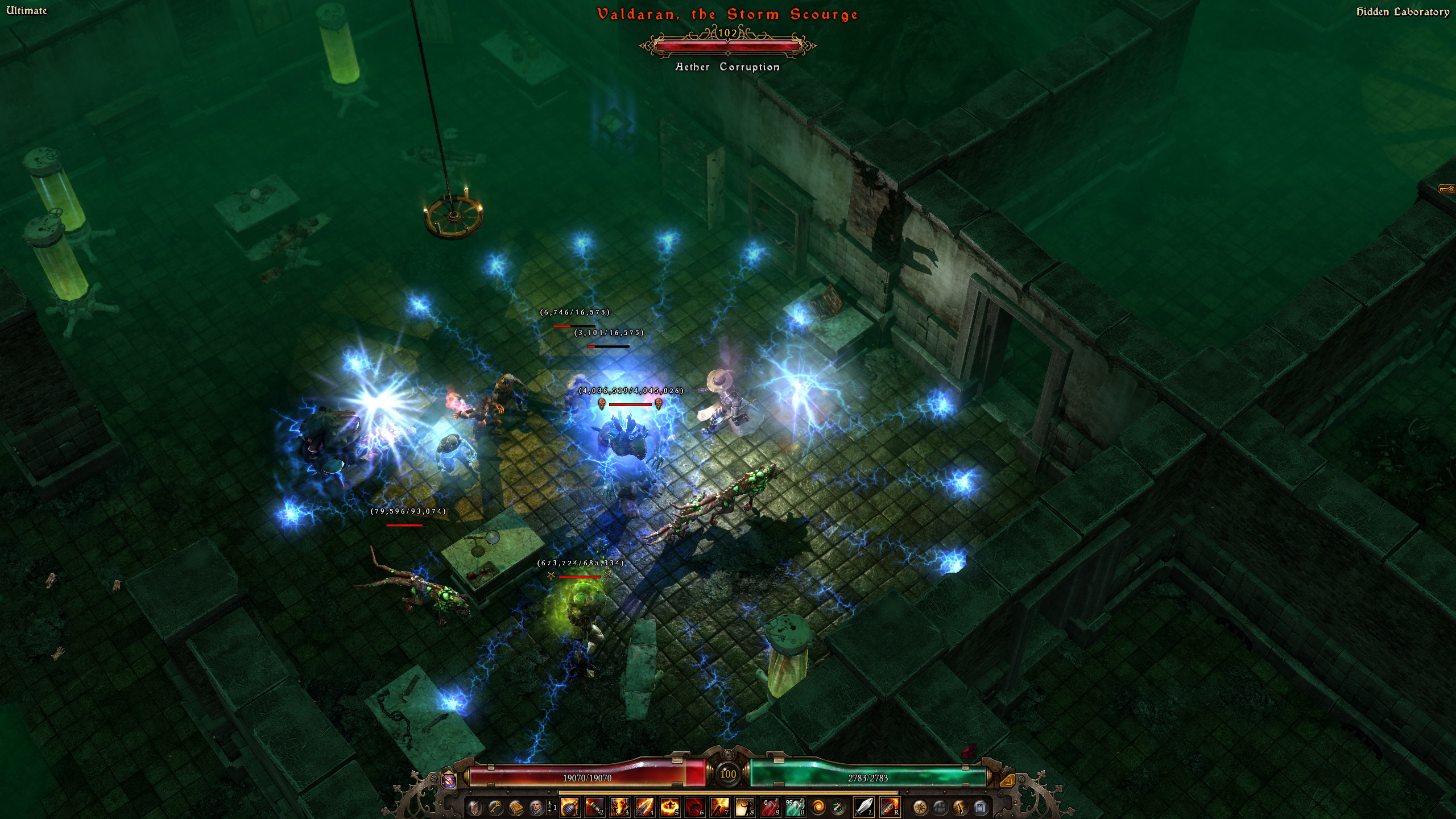 For more details, stop by our website for a preview!
https://forums.crateentertainment.com/t/v1-1-4-0-preview/84878

With this update, your loot hunt continues with 5 all-new Legendary quality sets awaiting discovery. Explore deeper into the Shattered Realm with all new anomalies, and of course enjoy a whole collection of great features and balancing.

This update also coincides with the release of Loyalist Item Pack #2, which is a gorgeous collection of vanity items you can purchase in support of development at Crate!

And of course there's always MOAR, for the full list of changes, stop by the forum.