Games of the Decade: Hotline Miami - filth, fetish, and the only video game parable
Hotline Miami

Oh man, Hotline Miami. I can still feel it. What a cutting, embarrassingly necessary parable of violence. What a way to stand on the shoulders of Shadow of the Colossus, by taking that moral throughline and wrapping it, head to toe, in the trappings of its time.

What's weird, though, is I think parables are a bit rubbish. More often than not a parable will do somewhere between most and all of the work for you. You'll finish up - watching, reading, playing, whatever - and you'll know exactly what it is that you just consumed, what the point of it was, and what you need to do next, which is usually nothing.

Hotline Miami, a lot of the time, is at real threat of falling into that trap. You are summoned, via anonymous phone call, into a series of ultra-violent raids on various bad guy hideouts, and you obviously oblige. It's 2012 so naturally, Drive still fresh in the mind, this is set in the late '80s. It's a cult hit because it's indie and violent and has music, and the cult following has nicknamed your character "Jacket", because he has a cool jacket. Everything is neon, but a sort of grim neon, with a dirty, grainy flicker over the top that could be a sort of VHS effect or could be a glaring sign, as it gradually flickers with more vigor and grunge, that what you're seeing here isn't entirely real.

Watch us play 21 games from the last 20 years
BioShock™

OK, so I know Eurogamer's actual birthday was two days ago, but as is our style, the Eurogamer video team is once again Late to the (birthday) Party.

Over the past three years, we've been introducing each other to our favourite (and/or least favourite) games from yesteryear as part of our Late to the Party series. During that time we've shared our love (and/or hatred) for over one hundred and fifty different games and thanks to this, we've been able to make a compilation episode of LTTP that features one game from every year that Eurogamer has been alive.

In this video, Aoife, Zoe and I are joined by some friendly video team faces from the past (who?!) as we play our way through the 20 years worth of games, including 1999's Dino Crisis, 2006's Gears of War and 2017's PlayerUnknown's Battlegrounds. Basically, if you want a healthy dose of nostalgia (or just want to feel rather old) this is the video for you!

It's four in the morning on 18th February 2017, and a 19-year-old modder and writer named Spencer Yan is sitting in his college dorm at his computer, with a server full of Discord users eager for him to drop the latest update for Midnight Animal, a total conversion mod and original story built upon the bloodstained, bullet-riddled blueprints of Hotline Miami.

At this point, Yan has worked on Midnight Animal for over a year. The project has grown from a Mod DB page and some well received YouTube trailers to being greenlit on Steam. He has permission from developers Dennaton Games to use the source code, and an entire community of engaged and supportive Hotline Miami fans behind him.

What the community isn't yet aware of is the drastic creative reimagining the project has undergone in the time since they last saw an update. A transformation from what its creator describes as a "comically dark, pseudo-cyberpunk revenge story" to something far more personal, philosophical and poignant.

Update: The Twitter account and teaser are not official. Hotline Miami developer Dennaton confirmed that no sequel was in development, unfortunately. It's still a neat teaser and the full trailer should be worth keeping an eye out for.

Original story: A new Twitter account referencing Hotline Miami's original protagonist popped up over the weekend, posting a single video. It's a short, slick and appropriately gory teaser of a fight frozen in time that perfectly matches the series' tone and aesthetic, even though it appears to be live action. It ends with the promise of a trailer coming soon.

Though it's clearly connected to Hotline Miami, it could be a fan film or some other kind of unofficial project. The Twitter account is new, unverified and, while it follows some people involved with the game, it has hardly any followers. It does link back to the Hotline Miami website, however.

It looks good enough to be an official teaser, but a lot of fan projects are extremely high quality, so that alone doesn't mean Hotline Miami 3 is coming. That it's not presenting itself as a fan creation does at least suggest it's trying to appear official. Regardless, the full trailer should be a grisly treat. 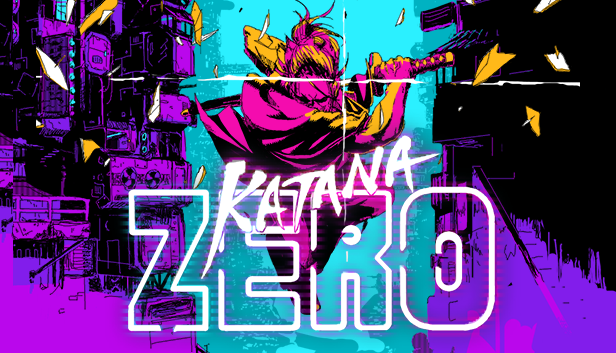 Katana ZERO is a stylish neo-noir, action-platformer featuring breakneck action and instant-death combat. Slash, dash, and manipulate time to unravel your past in a beautifully brutal acrobatic display. 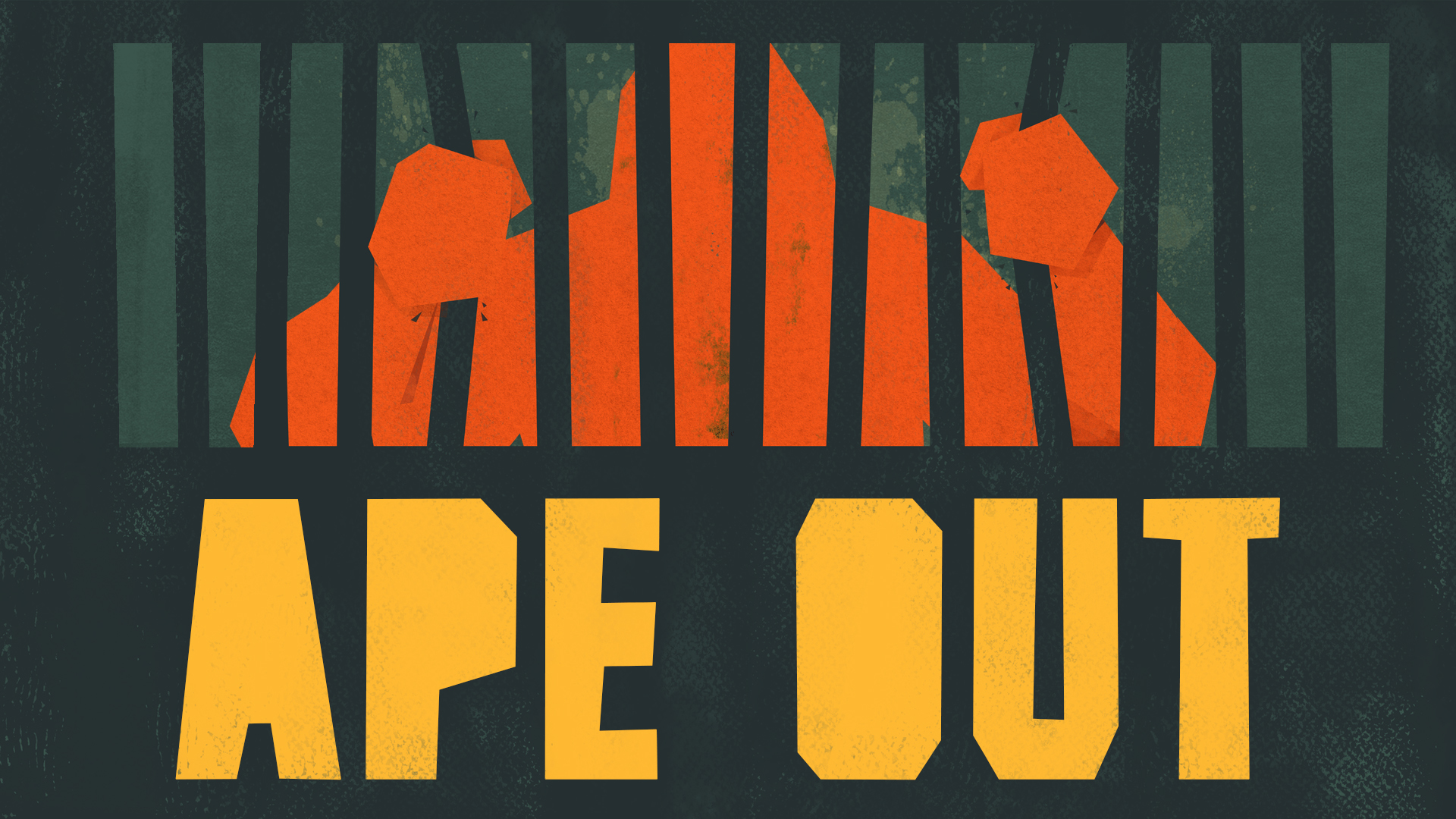 APE OUT is a wildly intense and colorfully stylized smash ‘em up about primal escape, rhythmic violence, and frenetic jazz. Build up nearly unstoppable momentum and use your captors as both weapons and shields to crush everyone on your procedurally generated path to freedom.

Update: In a tweet, Devolver Digital confirmed that this Steam sale is being held in conjunction with charitable speedrunning organization Games Done Quick. Devolver says they'll donate 10 percent of the sale's revenue to GDQ.

Publisher Devolver Digital is running a quick Steam sale to ring in the new year. A handful of good indies are on sale through Monday, January 15, including gratuitous violence simulator Hotline Miami and contemplative puzzler The Talos Principle. Here's the full list:

You'll also find some good discounts in GOG's New Year's Resolution sale, which started earlier today and runs through January 15. The first day's 'resolutions' (read: recommendations) are mostly meaty RPGs like Divinity: Original Sin 2 and The Witcher 3: Wild Hunt, and there's a good indie presence thanks to other games like Torchlight and Legend of Grimrock.

The Humble Bundle fall sale is in full swing, and in addition to free copies of Brutal Legend, it's filled with big discounts on great indie games. The entire sale is a goldmine, but publisher Devolver Digital's library is especially rich.

Note that some games are on sale through Tuesday, November 28, but others are only discounted until this Friday, November 24. Here are some highlights for the shorter sale which ends this Friday:

While these games are on sale through Tuesday, November 28:

Over 500 games are discounted on Steam this week, a sizable chunk of which are visual novels and cutesy anime games. But if gratuitous violence is more your thing, allow me to direct your attention to two of the sales' best games and steepest discounts: the Hotline Miami combo pack and They Bleed Pixels.

Hotline Miami is a gory top-down action game about murdering gangsters in a chicken mask. As our own Graham Smith said in his review, it's "a tight, efficient game" that encourages brutal creativity and lives by trial-and-error. Through Monday, November 13, you can pick up the original Hotline Miami and the sequel, Wrong Number, for $6.79. Note that the individual games aren't discounted, so you have to buy the bundle. Luckily, the bundle is cheaper than either individual game.

In a similarly grisly vein, 2D platformer They Bleed Pixels is available for $2—a hefty 80 percent off—through Monday. Phil called it "neat, but also absurdly difficult" back in 2015 when it received its big Crimson Update, which added a host of levels, speedrun leaderboards, and, crucially, improved blood effects. If you dig its chiptune music, you can also grab the soundtrack for $1, or kill two birds with one collector's edition9. for $2.59.

As previously reported, tech-noir tactics game All Walls Must Fall is also heavily discounted this week, as its Berlin Wall anniversary sale happened to line up with the weekly sale. Atmospheric survival game This War of Mine is another standout at 80 percent off.