【MO:Astray v1.1.1 Update】
MO:Astray - fofo
Fix: The Inhabitants bump into each other.

【MO:Astray v1.1.0 Update】
MO:Astray - fofo
New: After completing the game, the location and number of Memory Fragments will be shown in the chapter selection screen.
Adjustment: Chapter 3, attack patterns of the boss adjusted. Checkpoints added as well.
Adjustment: Chapter 5, attack patterns of the boss (stage 1) adjusted. Checkpoints added as well.
Adjustment: Chapter 5, increase the player's ability to identify the final boss’ attacks.
Fix: Revised the text content of some files.
Fix: When performing parasitic takeover on some monsters, there is a probability of getting stuck.
Fix: Chapter 2, display error appears on the screen inside the cage during the boss stage.
Fix: Chapter 3, after activating the turrets in area 5, there is a probability that monsters disappear.
Fix: Chapter 3, the button that is on the platform during the boss battle doesn’t display normally.
Share:

【MO:Astray v1.0.7 Update】
MO:Astray - fofo
Fix: Control issue with the trajectory line when using the mouse.
Fix: Replicant deaths are included in the total death count.
Fix: Game time continues to be recorded in the options and pause screens.
Fix: When switching windows, the Mask for the pause screen doesn’t change immediately.
Share: 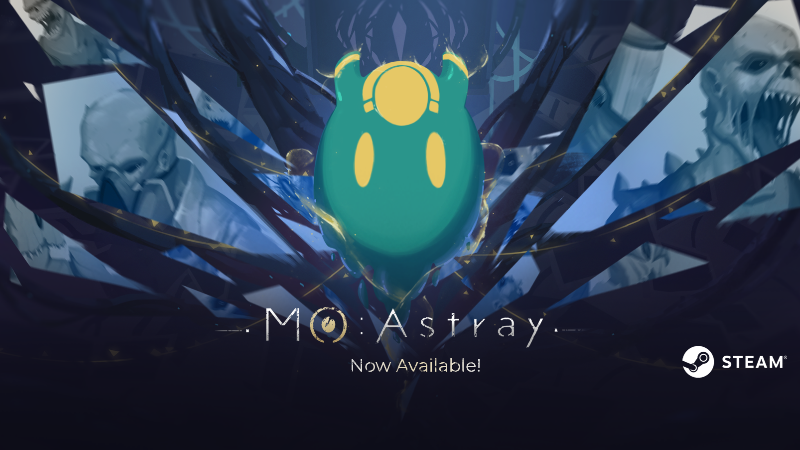 Steam game price: 14.99 USD
Original Soundtrack: 7.99 USD
To celebrate the launch of the game there will be a week-long sale starting today!
For more details about the sale price, head to the Steam page and check it out

In addition, purchase a bundle of the main game + OST to enjoy the discount! (This discount will still be available after the event concluded)

Let MO accompany you on your day off~
Whether you're stuck on a level, crushed them all, or your brain's churning,
feel free to come to MO: Astray's Steam page and leave a comment!
Share:

Just one week until MO: Astray is available on Steam! Check out the entire trailer!

Woah! How'd such a giant space get here? Was this made by humans? The markings on the walls seem to be describing something that happened in ancient times. Is that...a light coming out from the top of a mountain?
Share:

Raw Matter Fluid, a type of matter that is basically able to emulate all other types of matter. The technology to produce it is extremely difficult to manage, the cost of production high, and the labor required to store and maintain it is immense. It is mostly used to replicate life. But if raw matter fluid is used to duplicate life, even though the replicant acts the same as the original, is it really the same thing?
Share:

Danger lurks in this beautiful, subterranean landscape and the air is filled to the brim with that purple gas. I wonder what those bubbles can do?

A slight breeze and falling leaves, I can finally catch my breath...I wonder what these giant machines are?