© Valve Corporation. All rights reserved. All trademarks are property of their respective owners in the US and other countries. Privacy Policy  |  Legal  |  Steam Subscriber Agreement  |  Refunds

Links & info
Is this mod relevant to you? 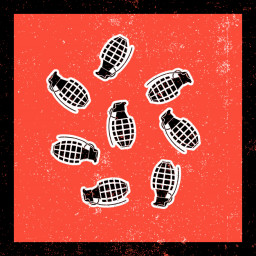 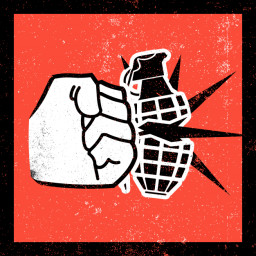 This free, community made Mod requires that you own Half-Life 2: Episode 2.

Click here to learn more about mods on Steam.

WHAT IS THIS THING?

Jabroni Brawl: Episode 3 is a massive collection of game-modes, maps, and weapons, built by an enormous group of modders using the magic of the Source engine. First started in 2012, JB3 expands upon what made the Half-Life mod scene great by combining ideas and concepts from various Half-Life 1 and 2 mods, such as Rocket Crowbar, Scientist Hunt, Jaykin Bacon, and many more. In addition, this game seeks to pay tribute to Valve's vast library of games, as players will be treated to an assortment of maps and player models taken from or inspired by various Valve games. We've also thrown in our own original ideas, with the end result being a silly but fun online deathmatch experience.

Our game-mode selection is pretty extensive, and draws inspiration from many HL1 mods:
And more!

With over 80 weapons in so far, you’ll find plenty to keep yourself entertained. Here's a sneak-peek of what to expect:
AND MUCH, MUCH MORE!

We’ve got over 130 maps and 150+ players models, made over the years by our awesome community or graciously given to us for JB modification by other mod teams. There’s just no shortage of content here.

We've designed our game with one particular concept in mind: player freedom. Everything from various customizable options on the server creation page (including the ability to specify the sorts of guns you want to use, in case you're not interested in the sillier weapons) to hundreds of console variables for server owners that can alter just about every aspect of the game instantly within matches. Things getting a bit stale in your server's matches? Try setting a gun to fire super fast! Some of the commands can even let you make the guns behave in totally different ways. There's a great deal that can be changed with every single weapon in the game, and also within the game-modes themselves, so have fun experimenting!

We've also added a fun system for changing the color of your player model. The results from this have been amazing so far as basically any player model can be made to look totally different thanks to a new paint-job. In addition, this color setting affects a great deal of other features in the mod, from the color of your hands, to the color of various weapons you use!

Got an old map you want to try out in the various game-modes in JB3? Well good news, we've also made it so you can add in new map entities in-game through the console, and thus create all the needed spawn-points and BR Koth Zones to allow the map to work smoothly in JB3! These commands can then be tweaked in an editable text file that will be created within the game folder.

OK I GET IT PLEASE STOP

It's been a very long (and very bumpy) ride to completion, but hopefully it’s been worth the wait. This was a game made for the express purpose of just having some absolutely stupid fun, so we hope you'll enjoy it!

The game contains settings which allow you to censor or disable this content.

All content is used and included with explicit permission OR is licensed in such a way that permits usage in this manner.

17 Curators have reviewed this product. Click here to see them.

Brought to you by Steam Labs
Filter reviews by the user's playtime when the review was written:


No minimum to No maximum
Display As:
Off-topic Review Activity
When enabled, off-topic review activity will be filtered out. This defaults to your Review Score Setting. Read more about it in the blog post.
Show graph Hide graph
Filters

You can use this widget-maker to generate a bit of HTML that can be embedded in your website to easily allow customers to purchase this game on Steam.

Enter up to 375 characters to add a description to your widget:

Popular user-defined tags for this product:(?)

Sign in to add your own tags to this product.