Patch installation in progress
CityBattle | Virtual Earth - Soldier_Daisy
Servers are stopped for patch installation. The game will be available in about 20 minutes. Please plan accordingly.
Share: 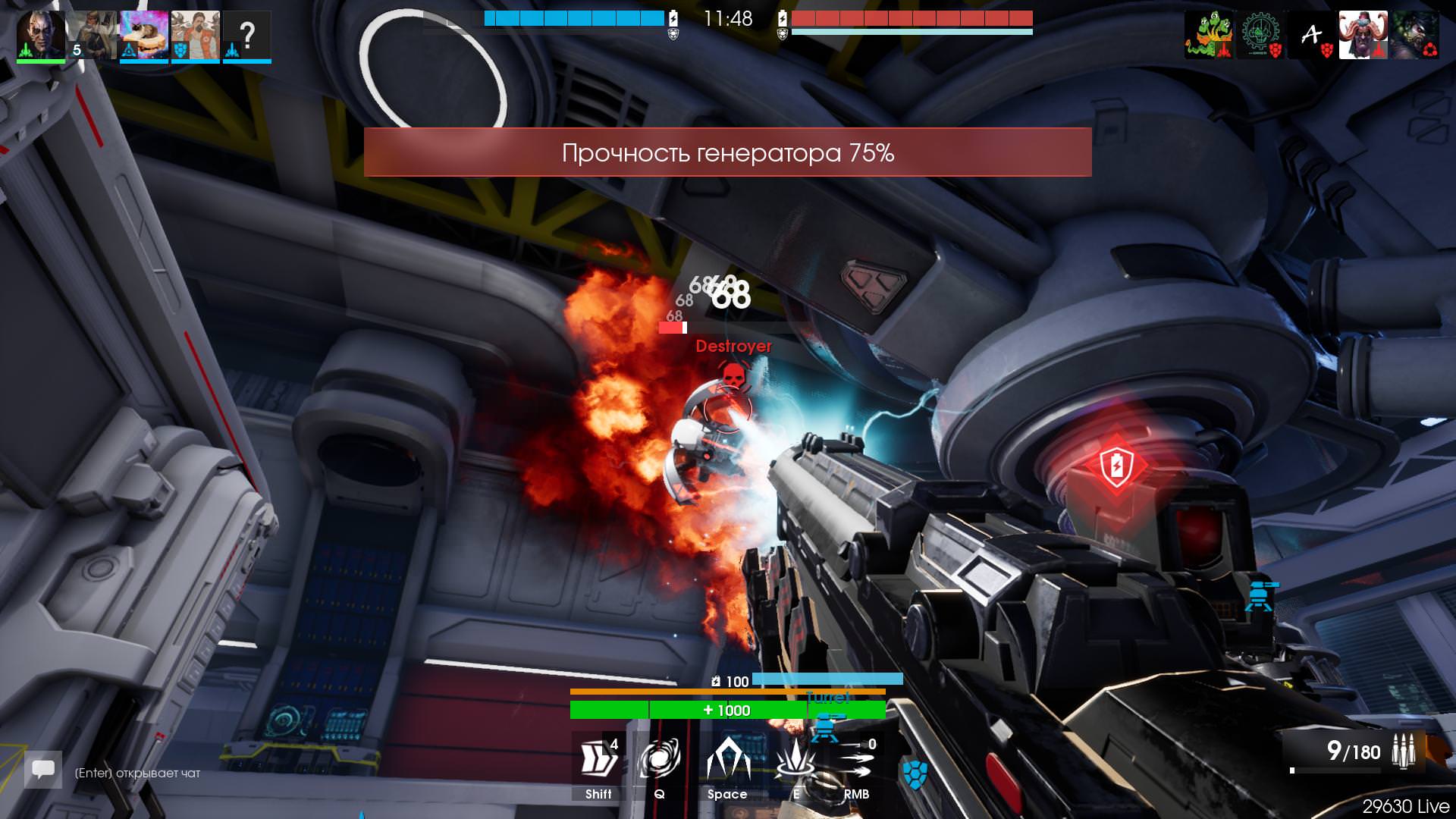 In the next few hours we shall install a patch that includes the following: 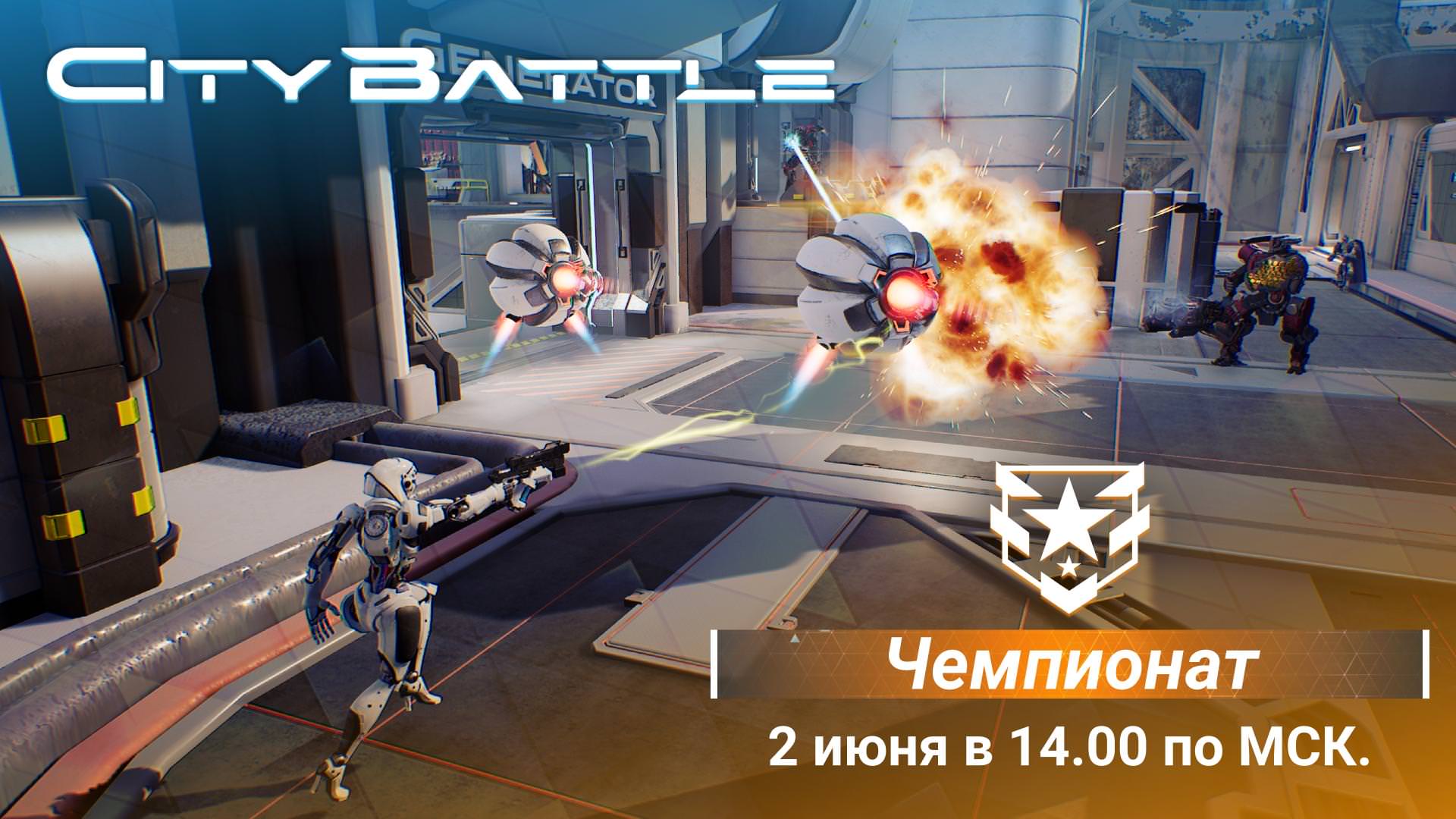 On June 02, as part of our Closed Beta program, we are holding a big event -

The Eurasian Union Championship.
Each Republic of the Virtual Earth shall send its best soldiers to fight. All those willing to participate should register and confirm their participation, then join the Discord channel for the Championship.

After that players of the same team should get in the game and create a group of five. As teams arrive and confirm their readiness, the Championship admins shall launch matches between them, according to the scheme. By default, all the players in the team must be from the same Republic, of those available for residence.

No team? No problem! Register as a single player and the Admins will add you to a team, preferably from your Republic. If all the players in a team are from different republics, such a team in case of winning shall get all prizes except for the Republican trophies.

The winners shall get not only special titles and rewards for themselves and their Republics, but also money prizes:

All the participants of the Championship shall also get prizes in in-game currency that shall be issued at the start of the Open Beta.

How do I register?
It's easy: you have to apply for entry before 2 p.m. Moscow time on June 2nd
{LINK REMOVED}in the contest page.

The Championship is only available to Eurasian Union and all information is in Russian only.

Hope to see all the Republics, especially those which already managed to get come government!

We are aware of the technical problems with the server, one of them being lvl 1 automatically assigned to new players, and expect to fix them by 6 p.m. Moscow time today. We apologize for any invonvenience.
Share: 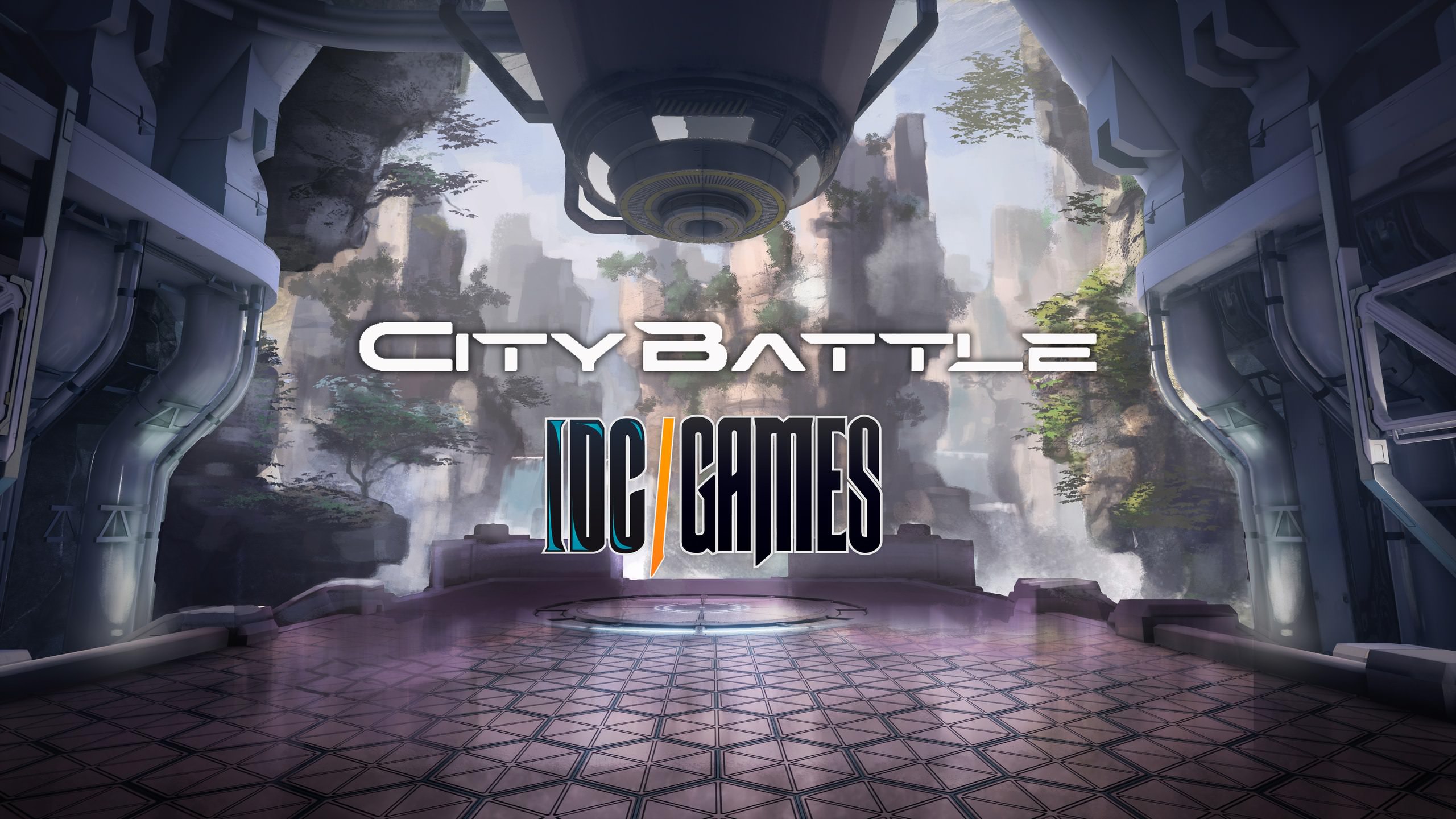 We are excited to announce that IDC/Games shall become CityBattle’s official publisher in Europe, which was recently finalized by a license agreement.

IDC/Games is an online game publisher for PC and mobile platforms based in Las Rozas, Spain. IDC/Games was born 6 years ago within a bigger and older technology group and has its focus on MMO free to play games for western markets, although IDC/games has some games published worldwide including a few dozen apps, among them Physics Drop with more than 30 million downloads. In the PC, IDC/Games has published games such as Cronix Online, Cosmic League, Metal Assault, Berserk: The Cataclysm, Zula Europe or Ragnarok Online for some regions.

“I have been always a lover of fps games with character classes, with skills system and team strategy based, such as the old Starsiege Tribes franchise that I used to play 20 years ago, Planetside franchise specially the first one or old games such as BF1942 in conquer mode. When I first saw City Battle brought epic memories to my mind and I knew it was a game that would be successful due to how original it is in terms of design and game play but also with all the MMO features that is announcing that remind of persistent worlds in MMOFPS back in the days. The meta gameplay related to battles between territories and city development is especially interesting. The fact that is SciFi based ads even more attractive to the game due to its appealing look and epic environment. It is clearly a great match for IDC/Games and we cannot wait to announce it.”

Comment from Anton Gromov, Rikor Games Director:
“We communicated with several potential partners from Europe, but in the end we chose IDC/Games. Primarily what was so special about them was their vision of how such projects should be developed and where they should go in the long term – we are on the same page there. And because lots of games by this publisher include cybersport and competitive elements, we think that the existing 20-million audience of IDC/Games will accept CityBattle very well. We expect this partnership to help fully open the competitive part of our project – the Republic and Union Championships. We are happy to start this cooperation and hope that CityBattle will get as warm a reception in Europe as it did in CIS”.

To take part in the Closed Beta, please get a key by registering at our official web site or by writing a PM to our Moderator - NORD -. 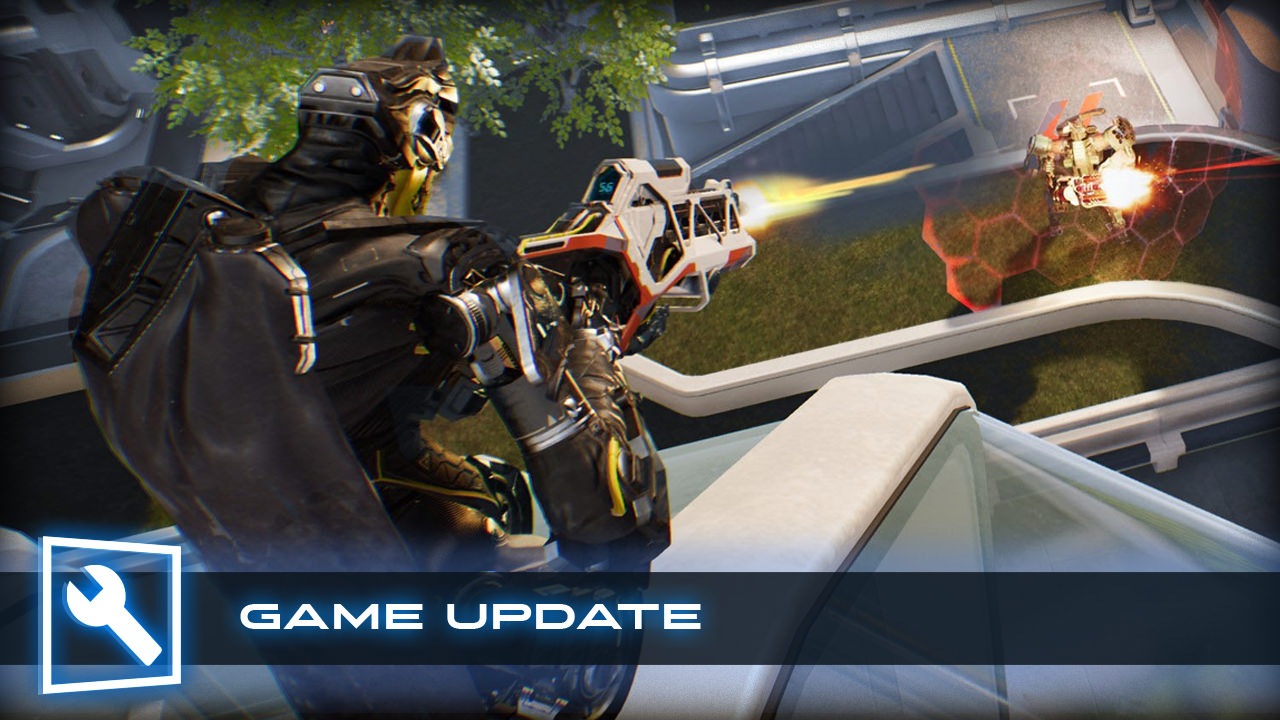 At 1 p.m. Moscow time today, we shall stop the servers to install a patch. It will make the following changes in the game:
Servers will be unavailable until 1.30 p.m. Moscow time. Game update will be required.

Have e great weekend and a fantastic time in game!
Share: 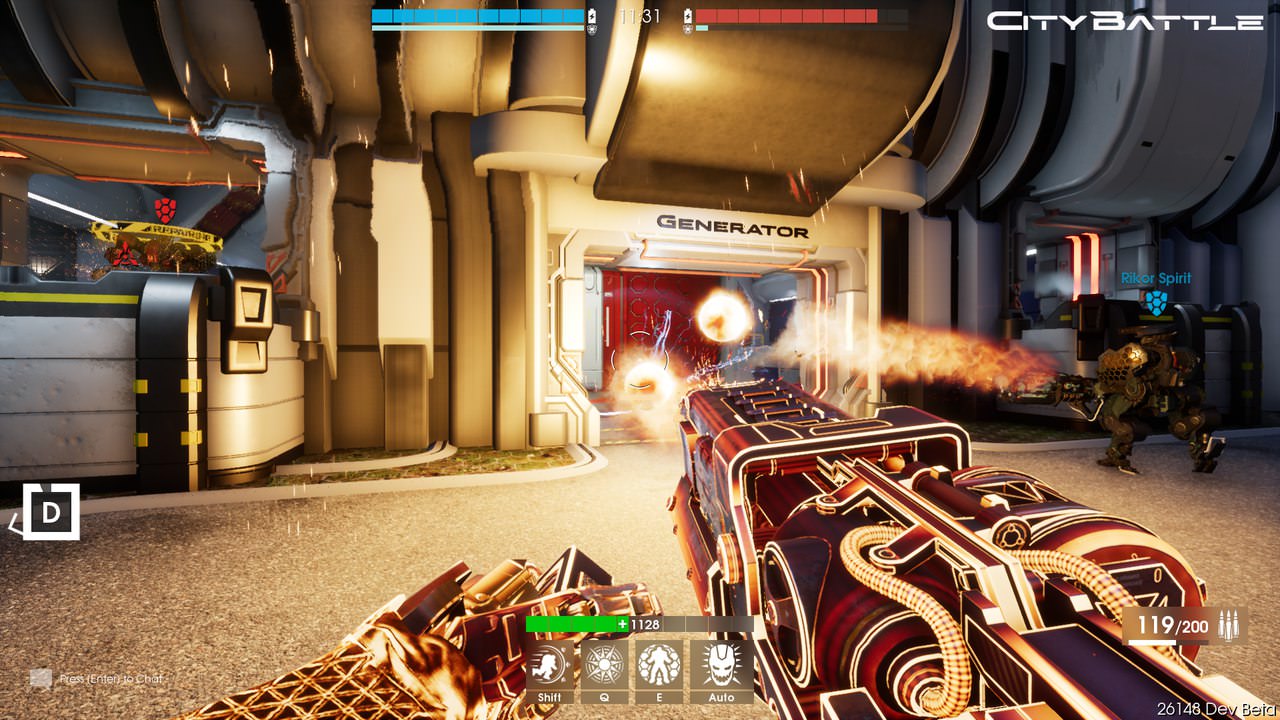 After a break, the game will become available today at 8 p.m. Moscow time. We have analyzed some stats and suggestions that you made and here are the changes that resulted: 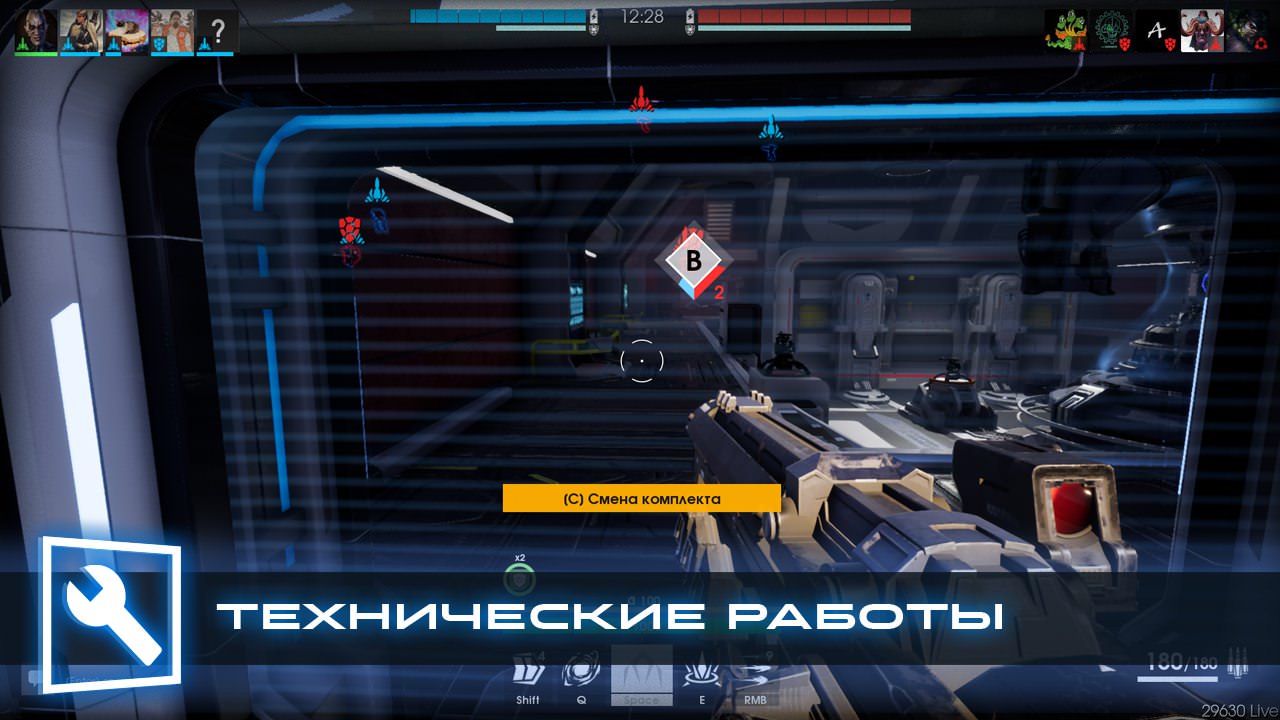 This Closed Beta is one of the longest in the history of CityBattle. So it was during this test that the players came across significant difference in levels, sometimes within one match. Even though the matchmaker correctly distributes levels between teams (for instance lvl 50, 7, 1, 1, 1 vs. 45, 12, 1, 2, 1), a low-level player simply won't have the resources to put against a levelled robot.

To ensure comfortable experience for all the players, we decided to install a patch making the following changes:

For new accounts, we have also made it easier to navigate through all the details and are offering robots with pre-installed upgrades - although of course you can change it all to your liking. Join the game as a leveled character and show everyone your skill!

To ensure equal conditions for all the participants of Closed Beta, the levels will be temporarily frozen. But not to worry - all the League and Ranking progress shall be saved, and leveling shall be simultaneous for all the players, in the next few patches.

Surely this is not the only thing we are working on. Next week we shall install another update with multiple balance corrections and bug fixes, based on your feedback. Thanks to everyone who finds time to tell us about errors in game and help us improve it before the Open Beta!

The update was installed at 10.30. The servers should be back on at around 11.00 Moscow time.
Share:

1) Matchmaker improved.
2) Groups temporarily disabled for better matching (now high level players will be evenly distributed between the parties).
3) We removed a collision on the Guard's Shield that interfered with abilities. aiming (such as the Blink in Phantom).
4) Fixed errors during the generator explosion (camera control, post effects).
5) Fixed the long wait before making a purchase in shop.
6) Some balance issues fixed.
7) Sounds improved.
8) Some visual improvements.

Maintenance will last till 9.30 a.m. Moscow time.
Please plan accordingly and have a great game!
Share:

1) Matchmaker improved.
2) Groups temporarily disabled for better matching (now high level players will be evenly distributed between the parties).
3) We removed a collision on the Guard's Shield that interfered with abilities. aiming (such as the Blink in Phantom).
4) Fixed errors during the generator explosion (camera control, post effects).
5) Fixed the long wait before making a purchase in shop.
6) Some balance issues fixed.
7) Sounds improved.
8) Some visual improvements.

Maintenance will last till 9.30 a.m. Moscow time.
Please plan accordingly and have a great game!
Share: