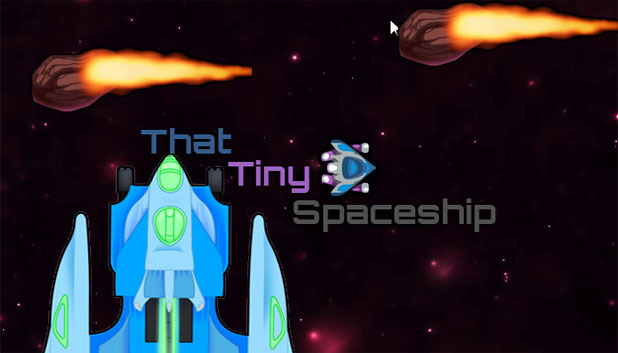 The year is winding down and while the crisp December air might be chilly - we’ve been working hard to keep warm by focusing on several key aspects of That Tiny Spaceship. Since our last update in September we’ve finalized planning on what gameplay elements will comprise the 5 levels for the final game, tweaked the physics model used for ship movement to make the flow of gameplay faster, completed a draft version of Original Soundtrack and have a number of other things planned that hopefully will surprise players when we launch in 2019.

I've poked both Luca Bicano (Art Lead) and DJ NekoArc (Music) to talk to them about what inspired their contributions to That Tiny Spaceship and what working on the game has been like.

Making Games Is An Art
“Hello! My name is Luca Bicono, I’m a trans woman and also one of the artists working on That Tiny Spaceship! When I was first commissioned to work on TTS, I expected to only be kept on for a few assets. Words can’t describe how excited I was when Kitsune asked if I wanted to join We Make Small Games’ dev team; I was nervous and scared but also so honored and motivated to put my best foot forward to make sure I did the team proud!

In addition to helping me test my skills when it comes to background assets and vehicle designs, working on TTS has been a great exercise in character design; being able to try my hand at designing characters without first having names or backgrounds to help shape their visual appearances has definitely been an interesting venture. Not being limited by a strict set of rules allowed me to design not only the sorts of trans- and gender-neutral-coded characters that I wish I had to look up to as a child, but also remedy problems that I’ve seen in other fantasy/sci-fi media (for example, female anthropomorphic creatures being mostly human in appearance while their male counterparts are animalistic).

On top of the more human designs, I was able to have some fun with some more alien designs, which worked as an exercise in designing characters and creatures based on their ecological roles of predator and prey. Although I was only satisfied with one design in particular, the practice was still worthwhile in preparing me to undertake such a task again!” 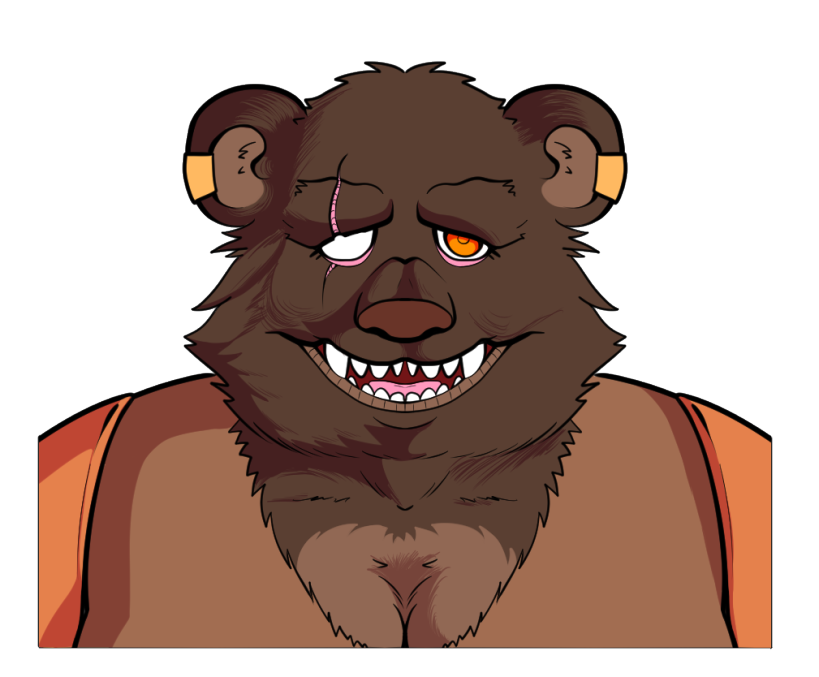 An Example of Characters Developed By Luca!

Feeling The Beat
“[the OST] was done up over the course of a few weeks, taking inspiration from my work with synthwave, drum & bass, and trance and my enjoyment of 80s-00s music I wanted to give a more modern retro feel to the soundtrack”. - DJ NekoArc 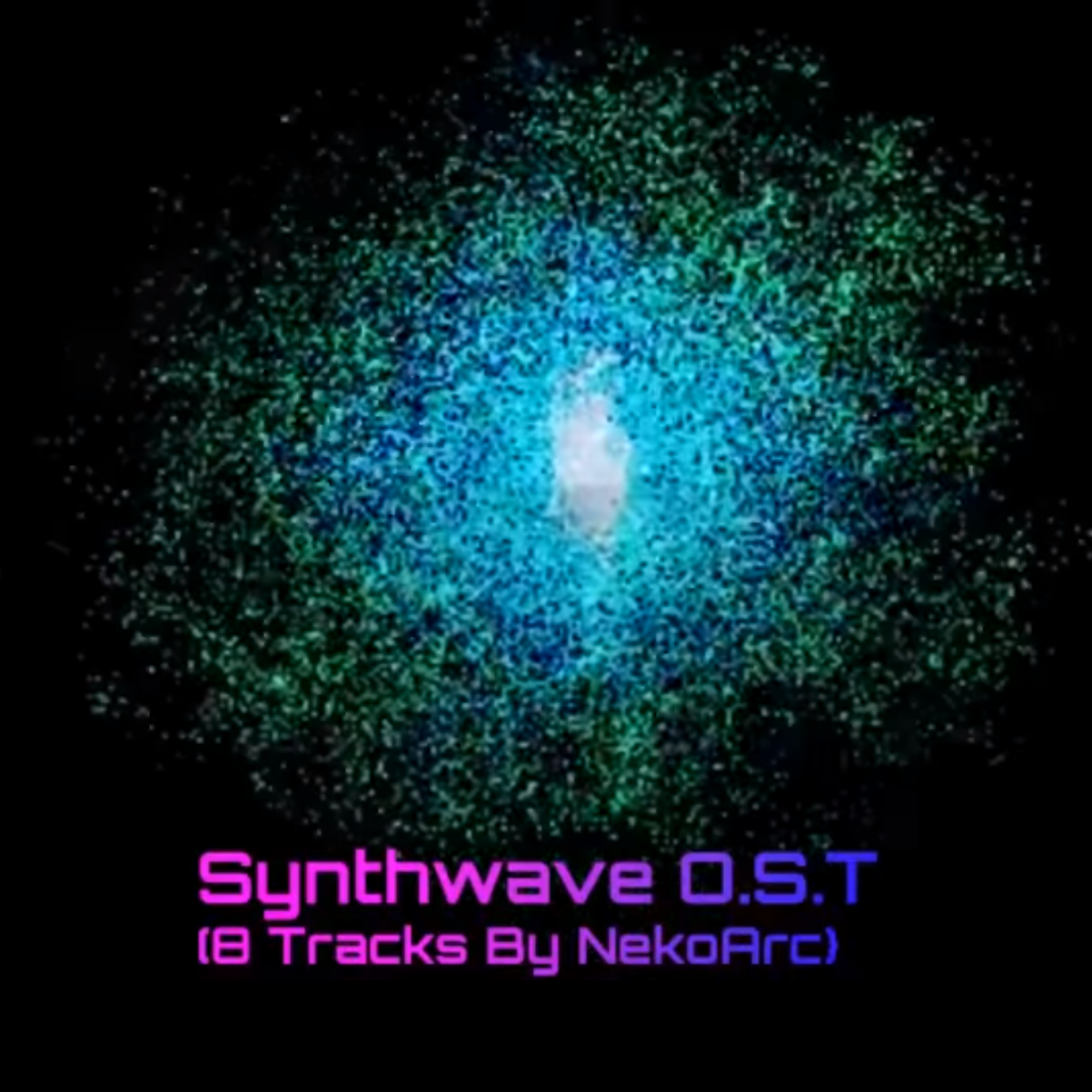 If you want to sample part of what awaits in the final game, part of Neko’s OST was used in the fall ‘retrofitted’ trailer:

Which you can check out here.

Gameplay, Release Date and Feature Updates
Gameplay in That Tiny Spaceship has been designed to feel tense but not overwhelming. Dangerous but not requiring the skill that some well-known bullet hell games can demand. I wanted to design a short, arcade-like space shooter that evokes the feeling of older coin-op arcade titles like Midway’s Defender without emulating the games of the 1980s directly. That Tiny Spaceship should draw upon the fundamentals that helped establish the shmup genre while having its own unique feel to movement thanks to the physics-based movement system that we've chosen.


Each of the 4 main stages in That Tiny Spaceship’s Arcade Mode will introduce you to a mechanic unique to that level. You can see an example of this in the ‘Retrofitted’ trailer with the warning labels at the edge of the screen - all of these mechanics will culminate in a final 5th level that will test your mastery of the mechanics with difficulty ramped up!

With planning for all of the levels completed, I’ve been working hard to ensure that the specific mechanics work as intended. I want them to keep players moving, thinking and aware that no area of the screen is particularly safe.

Here’s a sneak peek at the second level’s unique mechanic taken, can you guess what it is?


Folks watching our release date on our Steam Page might have noticed that the date has shifted from Summer 2018 to Fall 2018 and now to Q1 2019. Since game development isn’t an exact science sometimes things take longer than we anticipate. Since announcement back in May we’ve added an additional level and quite a few things to the game’s design/presentation that will lead to an improved experience when everything is done.

As we update TTS’ Steam Page we will continue to put our best estimate for a release date as things progress. 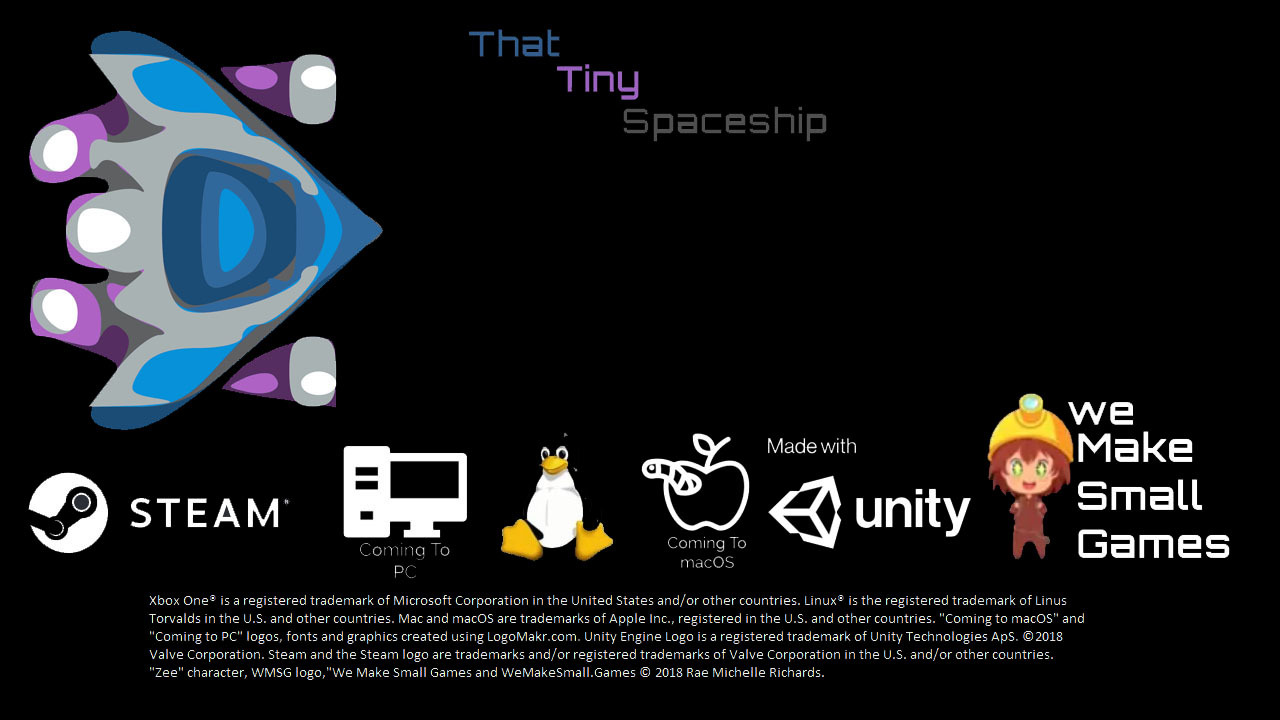 Pre-Alpha 2 (Build 0.05) Now Available
That Tiny Spaceship - Kitsune86
Our next pre-alpha build is now available - this time focusing on Controller support for Xbox One and Xbox 360. Media and video from this build will be updated on our store page at a later date.

Known Issues:
-------------
- Xbox One control scheme is a work in progress. Right now all functions are mapped to multiple buttons but in a later patch the control scheme will be user set.
- That Tiny Spaceship does not display a 'hit animation' when taking damage, only when exploding.
- Music loops on the main menu after two minutes. Music track on the main menu is temporary (from level 1) and will be replaced in a future build.
- That Tiny Spaceship currently fires projectiles from the center of its mass rather an on the canons on its sides.
- Xbox One controller or Xbox 360 controller is REQUIRED for this build. Keyboard commands are disabled at this time.
Share:

The announced pre-alpha test for That Tiny Spaceship that was scheduled to take place on June 6th will be delayed a couple more weeks. I'm not ready to confirm a date just yet but more time is needed to polish things up and include a few surprises for testers.

All those that signed up for the pre-alpha via the Google Form will still recieve their codes.

Can't wait to show all of you some of the new stuff that's being worked on.

Just hang in there!

First Round of Media Coverage For That Tiny Spaceship
That Tiny Spaceship - Kitsune86
Earlier this week We Make Small Games sent out a PR blast to several industry influencers, journalists, YouTubers and other contacts. In response to this, That Tiny Spaceship has been covered on IGN Video, the GameTraillers YouTube Channel and several smaller gaming outlets.

Below is a curated list of sites that covered our game. Hopefully we will see more coverage after the first closed testing session.

As soon as more coverage of TTS appears online we'll make sure to post it to our Steam Community.

Pre-Alpha Features:
- Lets players experience the first level in the game.
- Local high scores are supported.
- An in-development version of the game's tutorial will be featured in the first pre-alpha version.
- Feedback from pre-alpha 1 will be used to further guide tweaks and mechanics to be used in the final game.
- Testers will get the chance to interact with developers directly.
- Once testers are in the first pre-alpha they will automatically be invited to future tests.
- Anyone can request testing access via the same form linked to the external Google Forms site below.