Please study our latest GAME MANUAL and try to join a squad before writing an evaluation. 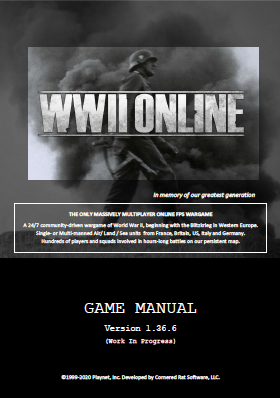 You can train yourself by watching our interactive tutorial videos 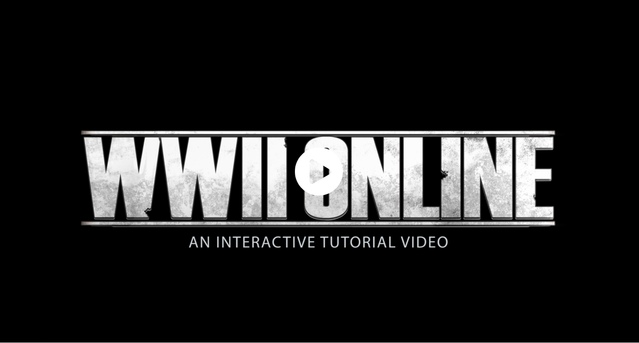 If you experience ANY technical or billing ISSUE, please always SUBMIT A SUPPORT TICKET. (in English only)

The game, however, has always been and remains a subscription-based game. This helps for operating costs like our game servers, bandwidth, power, staff, etc. and thus keep our single map up 24/7/365.

The PREMIUM subscription unlocks access to all of our 200+ weapons, within the restriction of your current in-game rank and the ongoing technological Tier (193x-1945).

You can freeze your subscription and keep free play access, without losing your game name or rank.

Can't afford a subscription but want to play with more blitzkrieg equipment? Each town has some starter equipment that is available through DLCs. Check out our DLCs list

World War II Online is a Massively Multiplayer FPS, simulation game set on the Western Front of WWII and hosted on a huge single map. There is virtually no limit to the number of players that can join the battlefield and fight as infantry, tanker, pilot, or captain!

BEWARE: WII Online is a simulator, classified as a serious game with a mature community. You cannot play this game solo, there are no scripts, and cooperation between all online players is required to create action and achieve objectives. The game recommends at least 10 hours of practice, sticking with game veterans or an active squad. Being successful with vehicles in combat will require even more practice. A game session should ideally last more than 1 hour since player-led operations require time and patience. Ask for help on the chat and our Discord.

UNMATCHED IN TERMS OF SCALE, REALISM, AND REPLAYABILITY, SINCE 2001.

The game offers a strategic and persistent winnable Campaign that is completely player-driven, both in the strategic planning and players fighting to control territory, with more than 240 weapons and vehicles. Technological tier will evolve from 1939 to 1944, allowing you to fly the Spitfire, drive the Tiger or the Sherman Firefly, shoot with the Flak36 88mm, sail a destroyer...

Its scale is a massive 300,000 SQ KM that is an interconnected and zone-less game world offering total freedom for players. This scale allows for truly immersive combined arms PVP combat. Communication between the Army, Air Force, and Naval units that are engaged will help determine the outcome! There are no limitations to how many players can interact in a battlespace.

All weapons, vehicles, munitions, and ordinances perform according to realistic values. We have achieved this through direct access to historical archives, a network of military experts, and our advanced proprietary game engine that goes in-depth like never before. Armor on tanks and aircraft, as well as their internal components, are modeled down to the millimeter.

Our damage models go into extreme detail with each component being destroyable in vehicles including crew, weapon storage, gas tanks, and more! You don’t just shoot a hitbox? NO! With every shot fired, multiple calculations take place that determines the round impact consequences. Some of these include; angle of obliquity, speed of round at impact, the thickness of the armor, internal spall, armor penetration, parts of tank damaged, etc. One well-placed round will instantly kill or neutralize your enemy.

WWII Online is a serious game that requires time investment, a willingness to work as a team player. If you do not join a squad and voice comms, you will likely be lost and frustrated. Each time you log in, a pop-up window will show you the currently available squad recruiters.