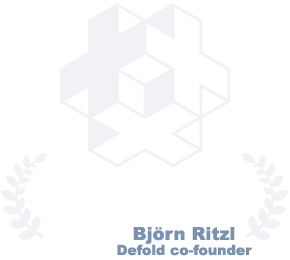 Mid 14th century. A plague epidemic known as the Black Death is turning entire cities and countries to ashes. Cleansing fires burn throughout Europe and people disappear by thousands never to be found. Tracker squad is sent in search of a missing nobleman, which turns into an investigation of a new strange infection. Last survivors hide in the ruins of cities and monasteries, awaiting their inevitable fate. It's up to you to take a stand and turn the terrified townsfolk into an army that can fight back and get to the bottom of the causes of the strange menace.

Plague Lords is a turn-based tactical sandbox RPG, with city building, exploration, survival and tower defense elements. Each inhabitant of your settlement is not just a blacksmith, lumberjack or soldier, but a unique character with his own attributes and skills. By using those skills, along with hundreds of items, dozens of buildings with various purposes, traps and other tricks, cleanse the fel-ridden barony and find the cause of the infection.

The size of your parties is limited only by the leadership skills of one of your characters. Your soldiers are not spawning in barracks for gold or food, they obtain their levelups and gear in fierce battles and expeditions, and each loss is a tangible blow to the security of the settlement. Instead of following units and classes restrictions, your characters can take up any crafting tool, bow or a heavy sword, as long as their skills will suffice. And they can get as many skills as their wits will allow. So some to work in the field, and some to lead soldiers into battle or build fortifications.

The plague epidemic has put an end to trade and science. But you can always rely on your builders and crafters. Developing their skills, they learn to build better structures and craft a huge number of items that will help you survive. At the same time, mysterious merchants, occasionally visiting these lands, will offer the goods you need and smuggle away the found valuables.

Plague Lords is made with the game engine called Defold. It provided the amazing speed of implementing our ideas. Just two developers went from first mood sketches to a complex demo in just one year. We especially thank its developers for their responsiveness and help in mastering Defold.

If you are developing a 2D CCG or a board game, then you'll definitely appreciate its animation capabilities, programming speed with the Lua, as well as the lightness and solid structure of the resulting project. Our next game is already being designed and developed under the Defold.