"Flying Girls" is a horizontal shooting game with classical Chinese ink painting style. Players control the characters to fly freely in the sky, and improve their abilities through constant battles. Multiple characters can be opened in the game, and each character has different attributes and skills. Different props can be obtained after passing the level, and each prop has different characteristics. 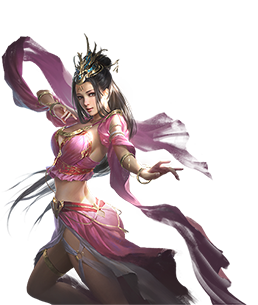 【Game Operation】
Players can use W, A, S, D keys to control the movement of the character, press the left mouse button to shoot, and press the right mouse button to release the skill. You can also use the handle to control the character.
【game props】
Flying Sword: There are multiple flying swords to equip in the game, and different flying swords have different attributes.
Magic weapon: Each magic weapon can be shot together with the character after being equipped. Each magic weapon has different attributes and shooting effects.

Every time you pass a level in the game, you will get a certain amount of spiritual power, which can be used to strengthen magic weapons or enhance character attributes.