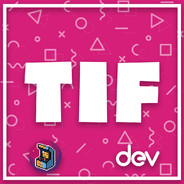 Informational
By The Imagine Future January 24, 2020

“The world of Risnuch is under development. Already now you can take advantage of six locations and with the help of feedback and suggestions from players, I plan to improve the map, characters, stories and etc...”

“It's depends on story of the Risnuch. We will going to try to do the best. We are thinking the Risnuch will be going to stay in the early access 1 year for the develop the game.”

“Now we are working about improve story of the Risnuch. We will going to add more enchants, weapons, armors, spells. currently in the main city have Dungeon and Arena. City will be bigger. (ALSO ONLINE MAY ADD IN THE FUTURE)”

“Since the game is in the process of further development, we recognize that there are glitches and bugs. because of that in the every and commonly updates we will gonna fix the glitches and bugs as your helps.

From the beginning of the your adventure. Encounter of the creatures, duelists, demons, golems. In amazing environment you will going to feel of the being of the duelist. You can try different combat system, experience system, duel system, improving system which you never tried before.

JOIN THE INFINITY ADVENTURE OF THE RISNUCH